You are here / South Africa Travel News / Destinations / Western Cape / It’s a ‘darling’ of a town, is Darling

Now reading: It’s a ‘darling’ of a town, is Darling

There is much to attract one to Darling. It’s a small town for one, it’s close to Cape Town (not even an hour’s drive), has its own wine route, and is the closest of the West Coast wine districts to Cape Town; during the flower season it hosts the Darling Wildflower Show whilst the Tienie Versfeld Reserve on its perimeters is a carpet of blooms, and Evita Bezuidenhout (Tannie Evita to you, darling) has ensconced herself here at the station.

It helped that we chose to visit Darling when the rest of Cape Town had its eyes glued to the Argus, long before the flower season. There was barely anyone in town. Despite this, we had the time of our lives, discovered a local gem for Sunday lunch, and got to chat to the locals … 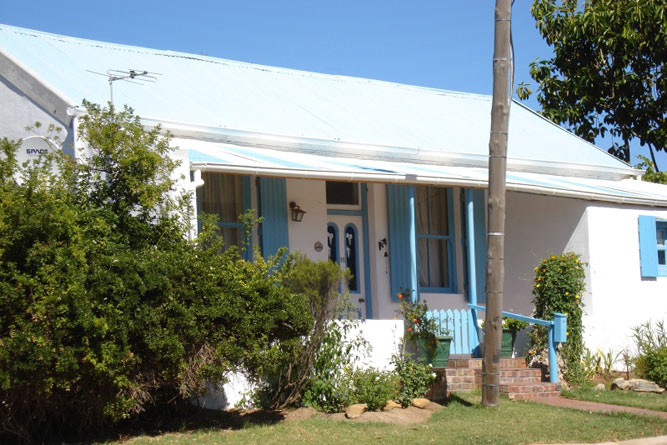 Darling is named after Charles Henry Darling. Despite the historical foundation, the town has easily picked up the mantle and become the epitome of its name, leaving one in no doubt as to why it is the ‘darling’ of the West Coast and the flower season, perfect for weekend getaways, and theatre evenings spent splitting your sides at our own foibles.

The drive out to Darling is relatively easy and very pretty. The landscape is devoid of development and much of it is taken up with nature reserves and the beaches north of Bloubergstrand – you keep catching glimpses of the sea on your left along the R27. There are, of course, a number of ways to reach the little town, but we took the R27 past Koeberg and then right at the interchange with Yzerfontein Road onto the R315. You can get there via Malmesbury, Atlantis and Mamre, or Moorreesburg. And just after turning onto the road to Darling, you’ll pass the Darling wind farm, its four turbines turning lazily in the wind.

The R315 enters Darling at something of a right angle, rather confusing actually as you don’t come in on its main road, which is probably just as well as despite its allusions to being ‘darling’, the town’s main road is more than a little subdued and rather deceptive – its broad street has only the odd antique shop, one or two restaurants, an old hotel and not much more. The pulse of Darling is away from the main artery, starting with the town’s Information bureau, housed in the town hall, which is also the local museum and open on Sundays. 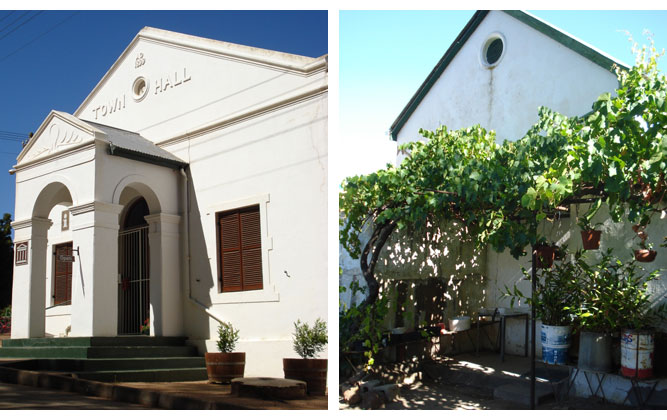 I’m not usually a fan of museums, but Darling’s is a real relic and worth a browse. It’s filled with wooden butter churns and butter washers (I know, I didn’t know what these were either), due to Darling’s creamery and butter making history.

The rest of the museum is filled with antiquities, kitchen paraphernalia, a smattering of furniture, a little room virtually dedicated to the type of clothing that has you gasping (whether it was due to quaintness or horror, I’m still not sure) and a barn in which there is a thresher, although no-one seems to know quite how it works, other than it was driven by the accompanying steam engine. Alongside the wooden thresher are a couple of examples of horse-drawn carriages that are startling, and an old Shell petrol pump. It’s quite a collection.

It took us a while to extricate ourselves from the rather excessively talkative museum volunteer and we pressed on to explore further the treasures of Darling.

Boerassic Park and Evita se Perron, situated off the main drag at Darling’s train station, is obligatory, even if it’s the major draw card to the town and seldom free of crowds. Our visit was just after Tannie Evita launched her cookbook, ‘Evita’s Kossie Sikelela’, now available on a shelf near you…

Tannie Evita is South Africa’s most famous white woman, and the creation of Pieter Dirk Uys, who takes his acclaimed cabaret versions of political satire all over the world. She has already won the ‘Living Legend’ award in San Diego, bestowed on women who have contributed actively towards making the planet a better place in which to live, an honour she shares with Mother Theresa, Peggy Lee and Hilary Clinton. Behind her guise, Pieter Dirk Uys is able to comment on government, racism, AIDS and a whole list of contentious issues. You cry, you laugh so much.

Boerassic Park, obviously inspired by the legendary concrete garden of Nieu Bethesda, is an eccentric art garden to say the least, filled with political icons, symbols, apartheid signs, faux flowers and at least one of a collection of cats (real ones that seem to dominate the scene and have acquired names like Ginger Rogers and Windgat).

Take a stroll through the Nauseum – wall-to-wall Tannie Evita pics with friends and colleagues  -that is garrishly nauseating but just another example of the hilarious tongue-in-cheek, bordering-on-ruthless humour displayed in and around the theatre. Despite or inspite of the humour, Pieter Dirk Uys is one of the reasons that Darling is the landmark it is today. He has established the Darling Trust to help previously disadvantaged communities of Darling in ways that fosters self-sufficiency rather than dependency as other handout cultures tend to do. He is also behind Tannie Evita’s A en C, the arts and crafts venue that sells local arts and crafts, and the Elsie Balt Art School and Gallery, where the art of local artists hangs awaiting sale.

Which brings me to our perchance encounter with one of Darling’s local artists, although he certainly wouldn’t consider himself in the league of Nicolaas Maritz – who has his gallery in his home in Darling – and laughingly explains that Nicolaas refrains from hanging his works in the Maritz gallery. Jimmy, architect by trade, is what he calls a ‘Sunday artist’ – there is a collection of them in Darling. The obviously lonely that-side-of-middle-age gentleman invites us in to share his garden with him; we have been shamelessly photographing his hired house in Darling’s suburbia. 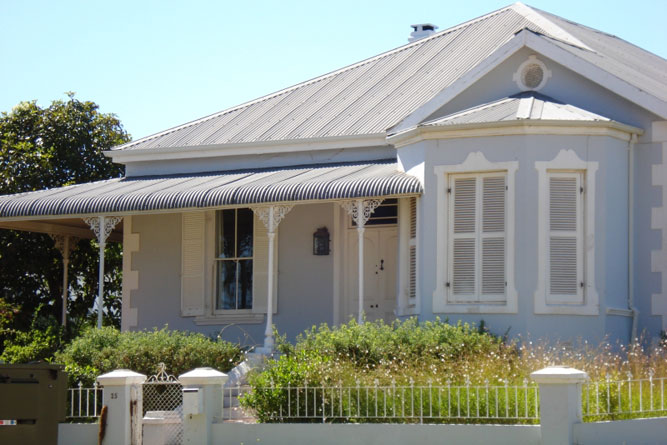 In Jimmy’s garden we learn that, like all small towns, Darling has its little cliques to which you belong. He plays golf with the golfers lot, mixes with the local artists, and occasionally graces the ‘rough it’ crowd who have a good time over weekends. As a single man he’s hedging his bets. My son takes a dip in his pool, scales his tree amidst much merriment, and then we follow Jimmy on a tour of his art and a trip to his neighbour up the road who lives in what was once the town’s police station and jail, and which he thinks might interest me.

It does, particularly as the wooden trough remains intact. But more interesting is the view of Darling through the eyes of the  locals, who are only too happy to throw open their doors to complete strangers who show an interest in their town. Bobby, to whom we have been introduced, along with his ninety-three year old father, hauls out his copy of ‘A West Coast Odyssey’, a journey through the history of the coastline, and reads to us about the local monuments, and the reason for the jail, whilst my son discovers the tree swing he set up for his grandchildren.

It was a darling day, in a darling town. A more perfect close to the weekend we couldn’t have wished for.

Doing The Deed In Darling

Doing The Deed In Darling: Less than an hour away from Cape Town, amidst ancient trees, extensive farms and fields of wild flowers, lies the quaint town of Darling. This town, known for its somewhat eccentric characters, is the perfect combination of art, cult...