The Klein Karoo town of De Rust lies on Route 62 wedged between the Swartberg and the Kammanassie Mountains.

Most people know about the Victorian village because it won Small Town of the Year in 2011. It lies just outside Oudtshoorn and serves as a ‘spillover’ space for those who attend the annual KKNK (Klein Karoo Nationale Kunsfees) and the KKK (Klein Karoo Klassique), but still value peace and quiet.

Others know about De Rust because it lies at the southern end of Meiringspoort. For a friend of mine it’s become home for a year. And she’s loving it. I visit her to find out why.

When we arrive in De Rust the worst of the summer heat is over. Patty still has a large canopy of shade cloth and a dilapidated wooden umbrella in evidence – testimony to the scorching summers of the Karoo where 40 degree days are par for the course.

She claims the heat isn’t that bad. You learn to close the shutters against the sun and schedule naps for the middle of the day. 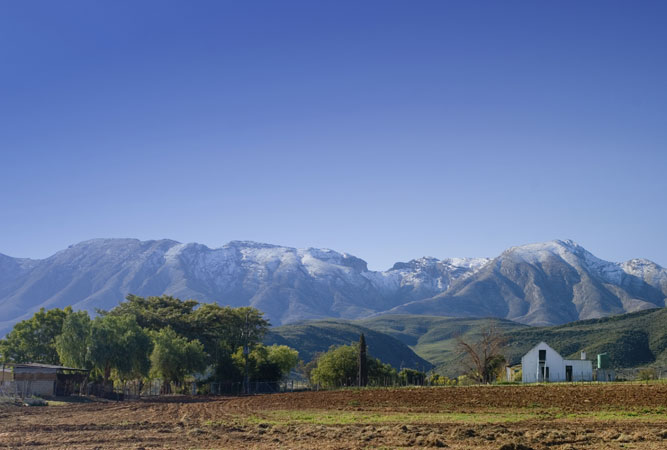 The cottage is quaint. Wooden shutters, a front stoep, large rooms with creaky wooden floors and high ceilings, double beds in which you become entangled in mosquito nets, ancient suitcases, wooden wardrobes, sturdy walking sticks and sun hats, and a cavernous garage in which the owner once bred rabbits.

The garden is an over-abundance of succulents and stones. Jan from the local township, Blomnek, arrives just after dawn every three days to water the garden and enjoy his breakfast coffee.

There are no high walls, electric fences, barbed wire. But everywhere there are dogs. And with Patty’s three to walk on the koppie every morning, a raucous clamour of barking heralds our passing. Recently this was diminished by one, as a little Scottie up the road rather foolishly engaged with a passing cobra.

If you thought a small town with no mall would have little to amuse you, think again.

De Rust won village of the year in 2011 for having the most intact Victorian architecture. A walk around town feels a bit like life on a film set. Patty’s house lies halfway up the hill on Third Avenue with a bird’s eye view of the mountain range across the way. The abode is a typical Victorian cottage, painted yellow and dusky pink ochre. 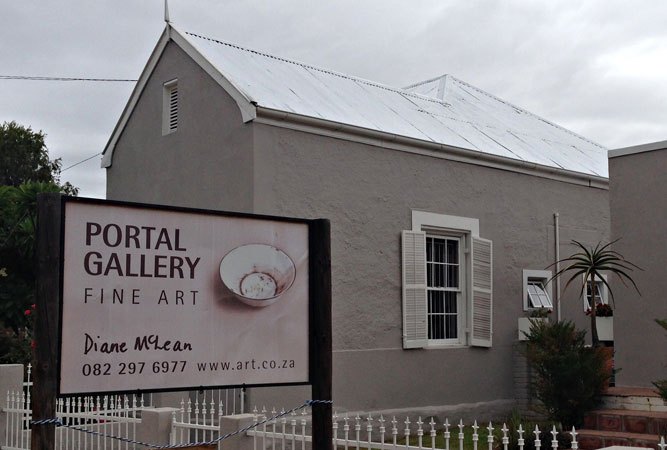 2. Walks on to the koppies and in the mountains

Much of De Rust lies up the hill (unlike most Karoo towns) leading away from the main road. Third Avenue heads right on to the koppie and the mountains, past the Telkom tower and reservoirs.

The views from here on all sides are superlative, and I capture as many moods as there are walks. We are surrounded by mountain fynbos, renosterveld, Karooveldt, spekboom veldt and aloes. The ancestor of all geraniums was found in Meiringspoort in 1689, and just recently a new species, Pelargonium sp. Nova1, was discovered probably on this very koppie.

There are other walks to enjoy nearby. Ask Piet Schoeman if you can explore his winding farm road to the source of De Rust’s water.

In the De Rust area are a series of striking rugged, red hills (Mons Ruber).

Declared a national nature heritage site in 1989 they are a collection of red-coloured open caves and one of the few places in the world where you will find this particular conglomerate stone Enon. A walking trail on the wine farm Mons Ruber takes you to the hills.

Get a permit from the wine tasting centre. 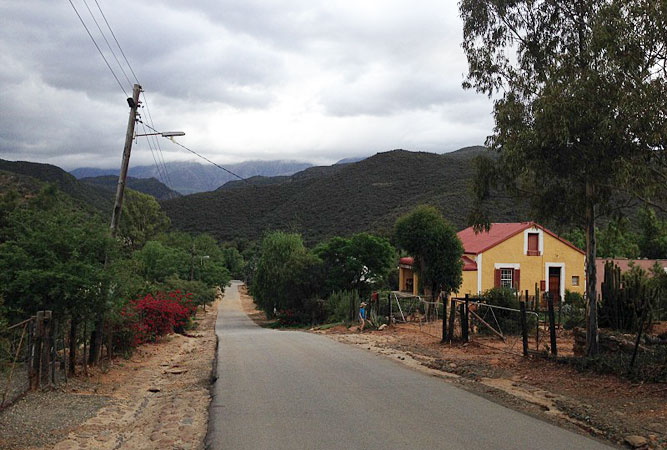 Patty has unpasteurised, unhomogenised farm milk delivered to her door, just hours after the cows have been milked. It costs R10 for two litres.

She has naturally started cheese making as a result, and produced an excellent cottage cheese, and the creamiest cream cheese.

Descendents of the Schoemans, Le Rouxs, Delports and Terblanches continue to farm in De Rust (De Rust was founded in 1898 by the Schoemans and le Rouxs; the main road is Schoeman Street; Le Roux is the road one up and parallel).

The Groen Blik Trommel is not just about bric-a-brac.

Stop for tea and scones on the main road opposite the Post Office and mention a Reiki session, and Yolande is likely to close up shop to treat you.

Diane has converted one of the little Victorian cottages on Schoeman Street into a gallery for her popular, and beautiful, art.

She paints in almost photographic detail, little porcelain jugs and bowls that sell like hot cakes. She also displays other artists’ work. Diane willingly chats about the art on her wall, her inspiration, how she paints and why her friends’ art inspires her.

The Trading Post, just a couple of doors up, also has an art gallery in the garden. 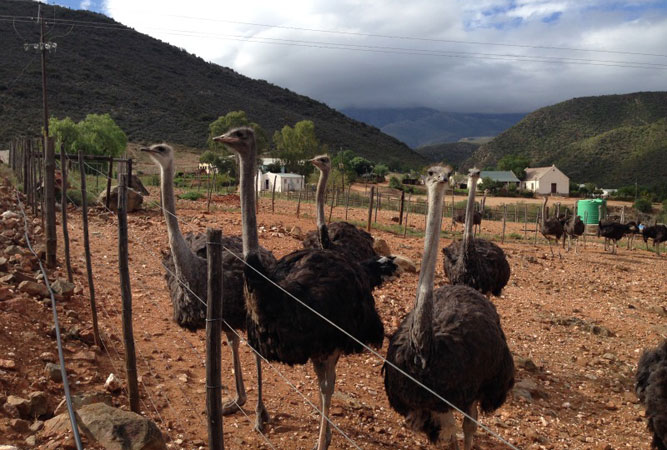 Only about half an hour’s drive, this back road to Oudtshoorn begins 3 km south of De Rust on the N12 and winds through the foothills of the Swartberg for about 30 km before it joins the road from Oudtshoorn to the Cango Caves. En route stop off at the Rust en Vrede waterfall.

Meiringspoort is probably the biggest attraction in De Rust. It is an inspirational passageway between the towering sandstone cliffs of the Swartberg mountains. To do it justice stop at the Information Kiosk and read about the history and the different plant species found in the poort.

The waterfall is very popular. Many stop to swim here, and there are lingering tales of mermaids and a waterslang, which may have been invented to keep kids out of the deep water.

On the other end of Meiringspoort is another little treasure – the hamlet of Klaarstroom. 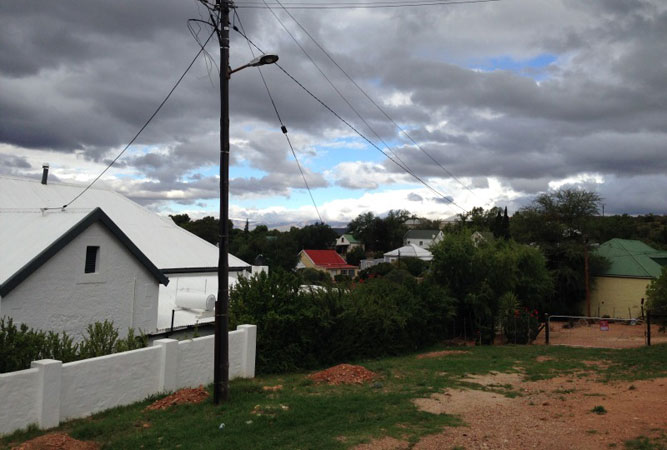