Most people would never have heard of Jacobsbaai (Jacob’s Bay) which was said to be named after a Frenchman Jacques Titius. There is hardly any information about it, but after spending a weekend there I realised just how much of a well-kept secret it really is. 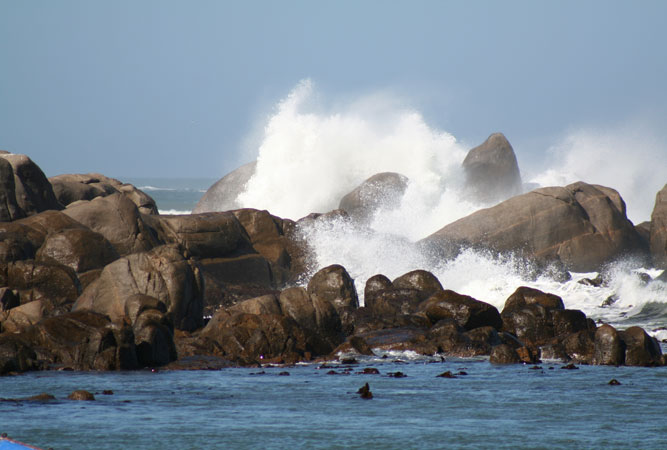 Its best quality is that its nestled in the heart of the South Africa’s West Coast, a rough and relatively untouched part of our coastline. The ever-transforming Atlantic Ocean changes its faces constantly throughout the day, making it almost unpredictable for those wishing to enjoy its waters. And of course the fynbos that covers this region so generously is something to behold especially during South Africa’s spring.

Despite being the small, unassuming neighbour of Saldanha and Paternoster, Jacobsbaai holds its own with not one but a few bays. Hospital Bay, which got its name from ships dropping off their sick in the 1800’s,I s the place to be if you want to swim and catch a tan on the beach. Surfers take a liking to Kwaaibaai, whilst divers and fishermen will love Toothrock and Bamboesbaai. Bird watchers can observe Oystercatchers, cormorants, buzzards, eagles and terns in Smalbaai and Mauritzbaai.

Peace and quiet have found a comfortable home here and there’s nothing to distract you other than a single restaurant, café, two art studios and raw nature. For me, the weekend unfolded in a friend’s holiday house right on the beach. In the rain, the fynbos seemed to come alive and stand out against the grey of the tumultuous ocean. We braaied on the patio, sat and listened to the call of the birds and watched the sun setting between the heavy clouds. 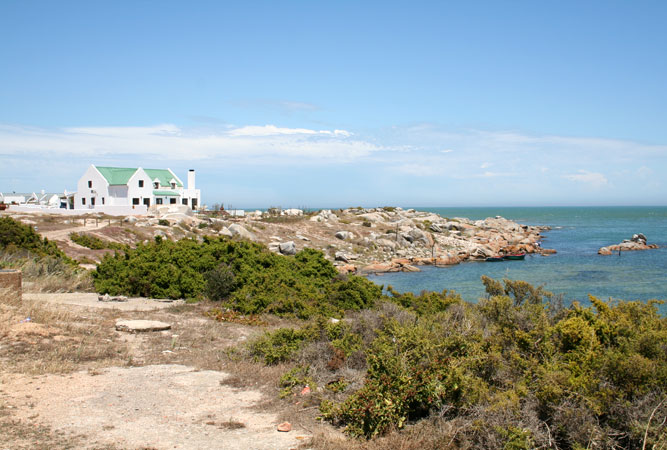 Just a drive along the gravel road in an old Landrover took us on a trail perfect for a 4×4. As we drove down sandy hills and up craggy inclines we felt miles away from everything else. Succulents and sun-loving fynbos covered the land all around us and every known and again we would reach a small beach with no one but birds to walk along.

In the ‘centre’ of Jacobsbaai were a few moored fishermen’s boats, reminding us that we were in fact in the West Coast. As the sun bathed the white washed houses in a soft glow, I realised that Jacobsbaai’s understated beauty could not be described but truly has to be experienced.

Book your self catering in Jacobsbaai today or if you prefer something catered book find a Jacobsbaai Guest House here. 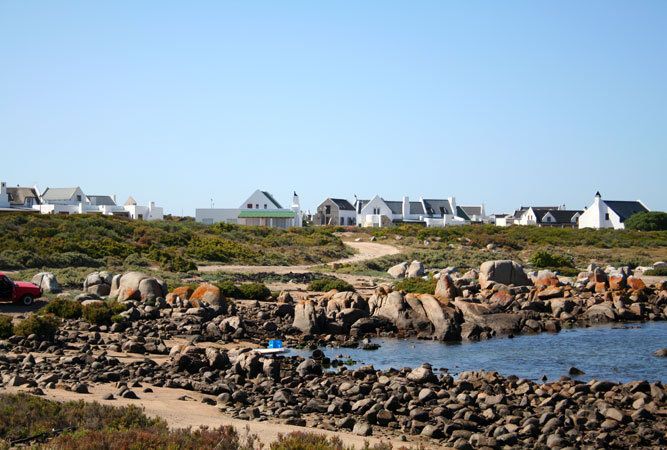