Now reading: The East Wynberg Walk – history on your doorstep

The leaflet for the East Wynberg Walk fell fortuitously into my hands at a recent library visit in Wynberg (great library, by the way). I’ve yet to scrounge up the other maps that are part of the Wynberg historical walks’ series, but it was a surprise to learn that some of the roads that I travel regularly on my way to the Wynberg station are filled with buildings of historical note, and of course, once you begin to take notice, that which you take for granted takes on a whole new dimension … 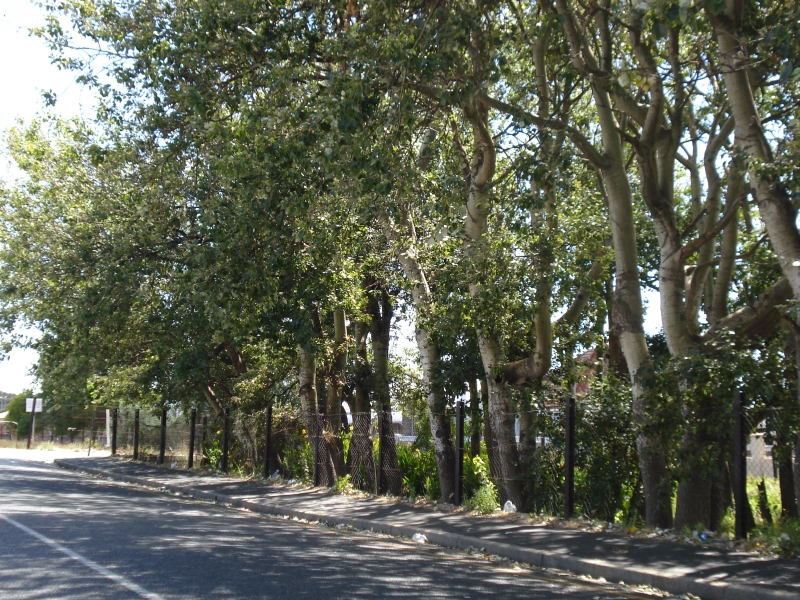 The East Wynberg Walk encompasses an area east of Wynberg Main Road, originally part of a huge piece of land called Rust en Werk and apparently part of a proposed conservation area. It’s hardly Chelsea Village, and if you’re after pristinely maintained Victorian-style cottages then this is not the walk for you.

However, it is anything but less beautiful once you begin exploring, even if some of the buildings are in dire need of care.

Admittedly we drove the walk, which is cheating somewhat – it being one of those intensely hot mornings in Cape Town when ambling along the streets of Wynberg was not a pleasant thought – but we stopped at each of the historical buildings to take pictures and explore their significance. 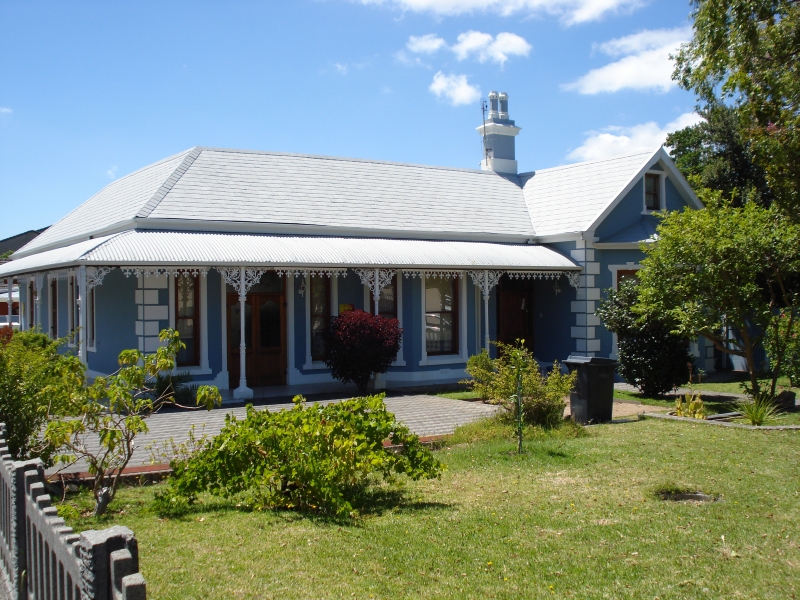 Berry Road – in the southern most part of the walk and right in the heart of residential Wynberg south of the railway line – although really run-down, is lined with turn-of-the-century working class housing. It gives these streets a distinct character, and even though many of them have already been adapted, and the old façades have given way to more modern frontages, there are still those that endure, their tin roofs and verandah brackets pretty, regardless.

From here we followed the map’s directions into Park Road, and then north into Batts. The Sussex Street Park on the left about halfway up Batts Road was once part of a huge estate, known as Plumstead, owned by a man called Henry Batt. In this same spot his cattle grazed happily, until they took it upon themselves to gore the retired merchant to death.

All that is left of the impressive tomb his wife erected in his memory, is a much-graffitied concrete slab, which is barely legible except when the sun shines on it at a certain angle. It’s incredible to think that this was once a sprawling farm, and that Plumstead gets its name, from this farm that lay in today’s Wynberg. 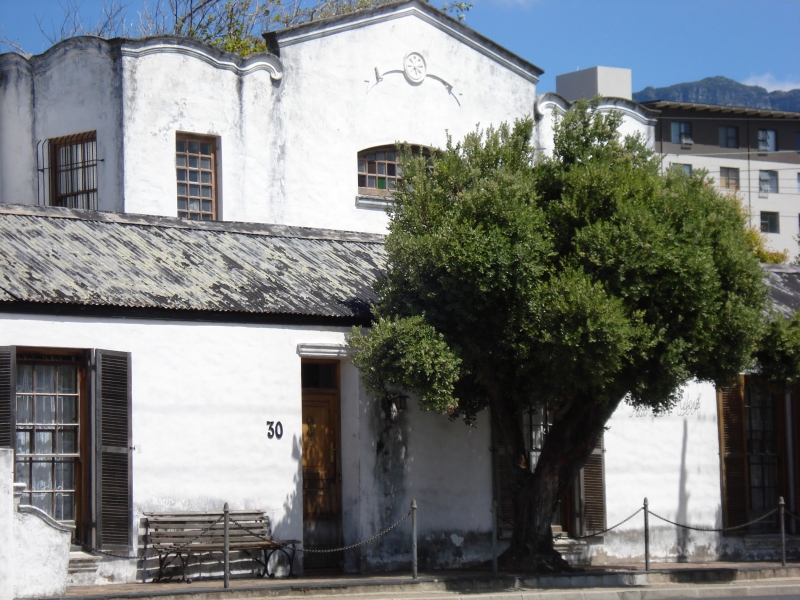 Turn left into York Road and then right into Castletown Road – used frequently to and from the station. Here there are some beautiful homes including what is referred to as the ‘old house’, a remnant of the Rust en Werk farmstead or its outbuildings. This typical early Cape cottage, with its characteristic stoep and plaster benches, is still gorgeous, even if the original thatch is now corrugated iron.

We were even more interested to learn that a small, open piece of what appears to be boggy land filled with trees, on the corner of Vine and Castletown Roads, is in fact all that remains of the forest once known as Batt’s Wood. The stream that watered these trees is now but a trickle, and the other trees have given way to housing development; only this little wetland remains.

The gorgeous stone cottages on Vine Road, close to the lower reaches of the station, are typical turn-of-the-century cottage style. Their sandstone walls remain, with cast iron verandah brackets and columns that support a curved verandah roof. Whilst it looks like one very long house, this was a typical Victorian effect of grandness to make what is actually four little cottages look impressive. I don’t know, it works for me! 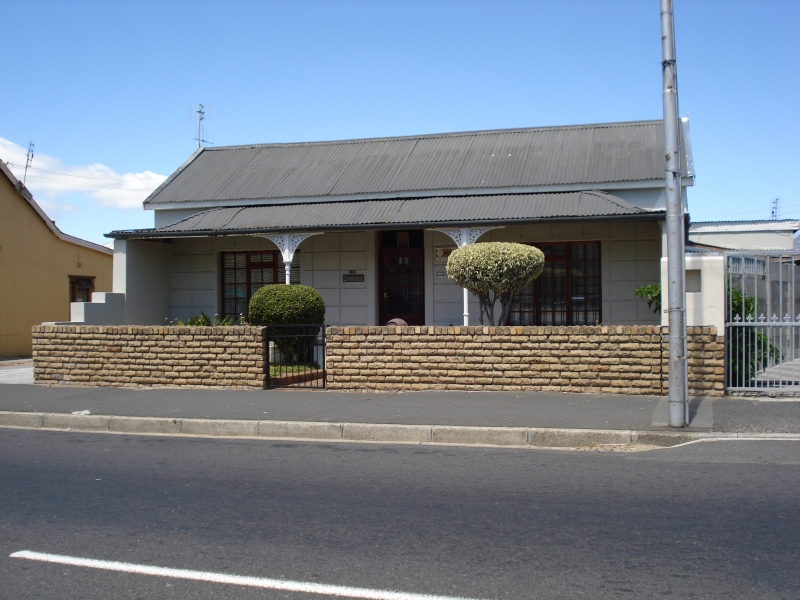 The area up around the Yusufeyah mosque and station, in Mosque Road, is now pedestrianised and used by thousands of taxis and commuters every day. It’s a melting pot of different cultures, and a busy place. By as early as 1860 there was a large Islamic community in this part of Wynberg.

Interestingly, the land on which the mosque is built was provided by the Ryklief family who owned what was then ‘De Out Plaas’. They continued to own the land above the railway line (the land was cut into two by a line in the 1860s already) whilst the ground below the line was set aside for the mosque. The stigma of ‘above’ and ‘below’ the railway line can be traced all the way back to then.

Ottery Road is a busy part of lower Wynberg, used by taxis and commuters for most of the day. It’s a wide road that was obviously once a rather prestigious address, given the number of villas that line the street that date back to between the late 19th and early 20th centuries. Whilst a lot of them have been changed, there are a couple where the gorgous Cape Dutch gables, sash windows, bay windows and imposing front doors are very much in evidence. 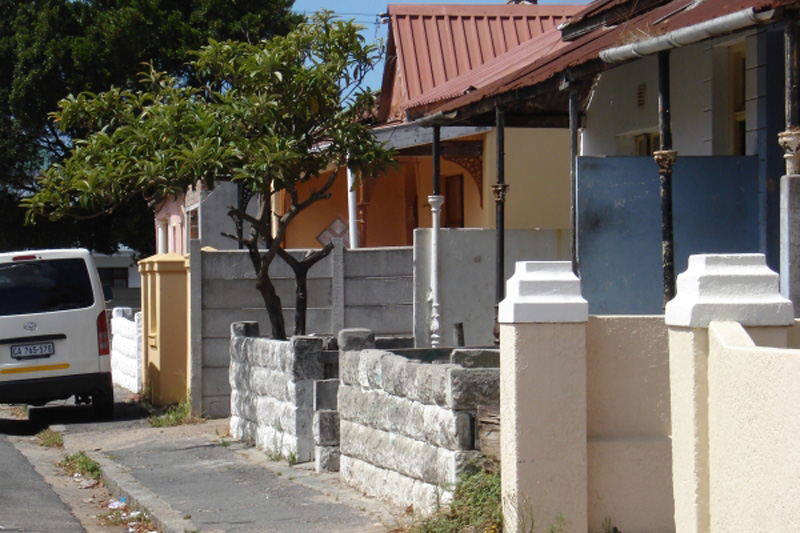 As to where you can get a copy of the map – try the Wynberg Library, the Old Wynberg Village Society or the South African Heritage Resources Agency, all of whom were involved in producing the map, which is one of a series of four.