This evening we received a tweet that reads … “Installation of the translucent mesh facade membrane begins at Cape Town Stadium. Soon the stadium will glow at night”.

Well I for one can’t wait and judging by the sheer number of photographs of the Stadium uploaded to Flickr.com by photographers from all over the world (but mostly Capetonians) chronicalling its progress, neither can the rest of Cape Town! So where are we now?

Photograph of Green Point Stadium taken on 9 September 2009 by Blyzz. 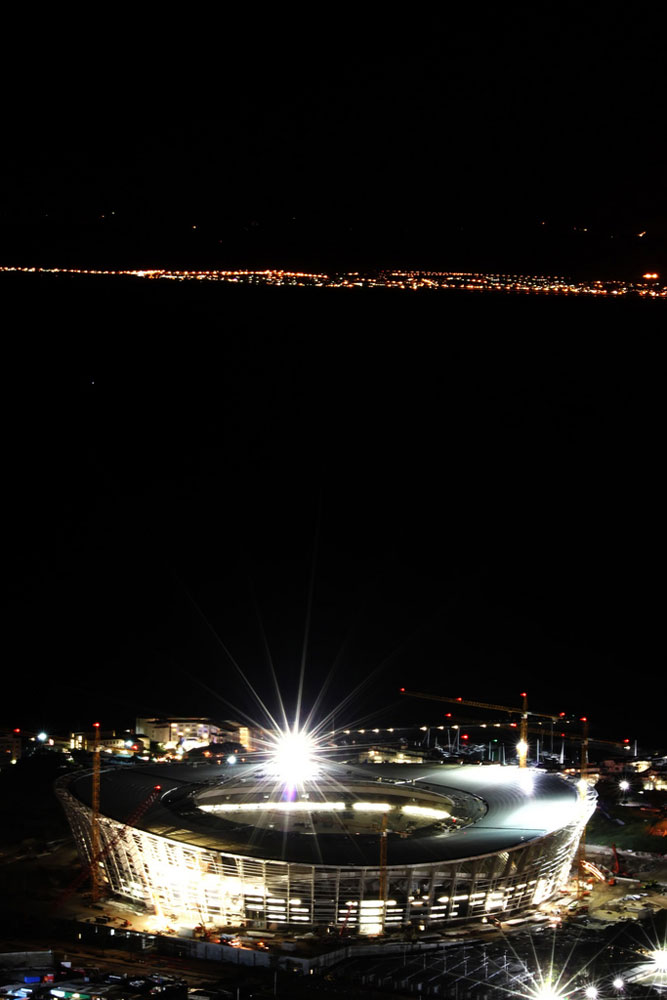 Photograph of the Green Point Stadium also by Blyzz taken on 15 August 2009:

Looking Spectacular! Our thanks to this talented photographer for making his photographs available for download under a creative commons license so that we could share them with our readers.