Having just accustomed ourselves to the early morning gloom of the Huguenot tunnel, we emerged on the Worcester side to piercing sunlight and a day that promised not only to be free of clouds, but also incredibly hot.

Early March is really not a good time to hike because of the heat, but somehow we find ourselves endeavouring to do so, despite numerous post-it notes on the fridge door written from the more dispassionate perspective of the morning after, along the lines of ‘DO NOT attempt to hike in February / March – may this be a reminder‘. 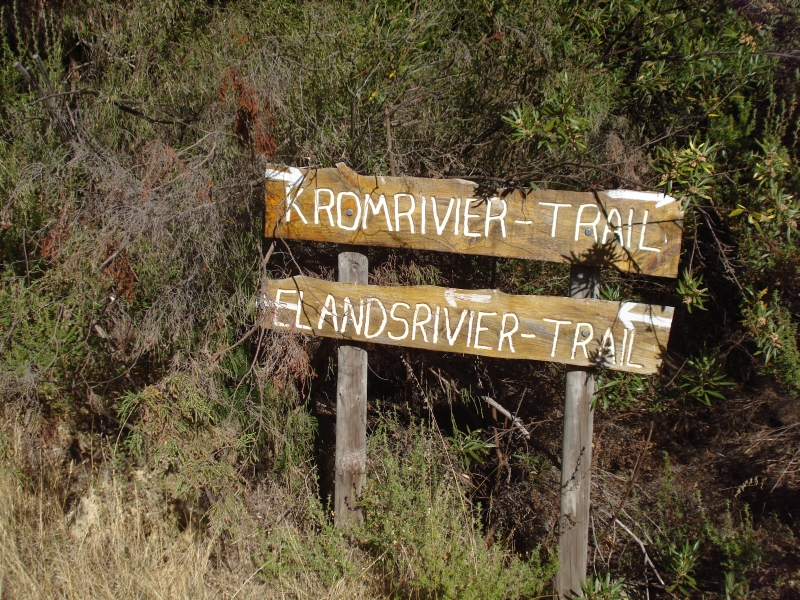 Leaving home at 7am on a Sunday morning is an achievement of note in our family, particularly as it means foregoing that second mug of coffee and a slouch on the couch in the initial rays of the morning sun.

But well worth it if Hiking up Du Toitskloof in the heat of summer is the intention, despite said warnings that obviously lose their impact after a month of  taking up space in amongst the family pics (‘oh look, a pretty pink post-it note’) on the fridge door.

Incredibly we left a cloud enshrouded Cape Town with an ever-so-light drizzle that had me scuttling back inside for last-minute rain coats, should the weather hold. Subsequently, our boot was an offering to the god of many options, and a sign of lack of discretion on our part. Had we had to catch public transport we would have been in serious trouble. 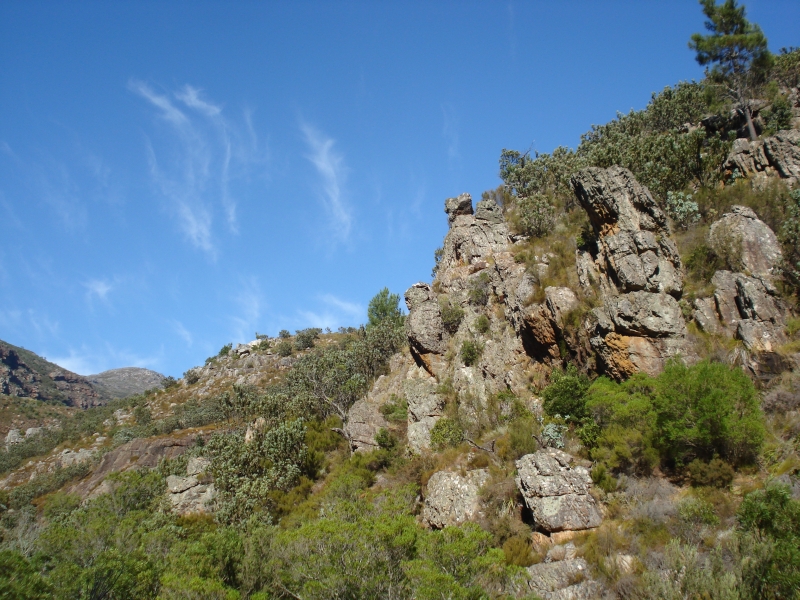 The hike up the Krom River, which runs the length of Du Toitskloof, is one of a number of options in the Limietberg Nature Reserve. You need a permit to hike in this beautiful stretch of outdoor indulgence, in amongst mountain scenery and fynbos, although the number of people who passed us during the course of the hike indicated that this rule obviously only applies to some (there is a limit of 24 permits for the walk).

There was much mumbling amongst our party about the lack of integrity from those who obviously do not feel the need to ‘give back’ for their time spent in the sanctuary (the number of cigarette stompies in evidence did much to reinforce this conclusion).

The start of the trail takes one below a flyover of the N1, just outside the tunnel, and then veers back towards the tunnel, which means the initial part of the walk is accompanied by the droning sound of trucks and cars as they come and go. It does nothing to spoil the wonderful beauty of the walk, which is marked by a series of white boot marks painted mostly on obvious stones that take one up an initial steep climb to a ridge that ventures around and away from the tunnel. 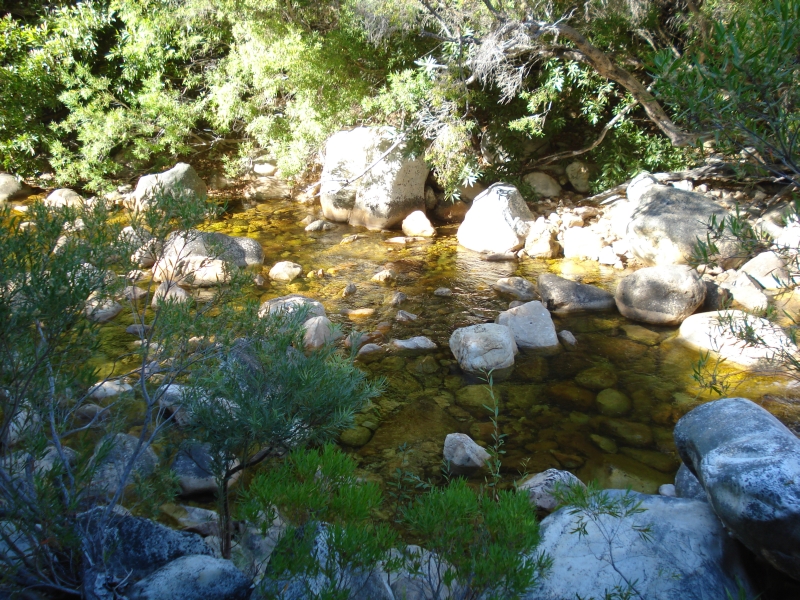 Within a half hour you pretty much forget that there is a highway and city life just behind you, as the ridges, fynbos and pretty river bed overwhelm with their beauty. Interestingly the alternative route to the Huguenot tunnel accompanies one for a fair portion of the hike, and every now and again a truck or car interrupts the silence.

The nature reserve in which we found ourselves lies close to Paarl and stretches from Franschhoek in the south, to the north and Voelvlei dam, and east towards Groot Drakenstein, covering roughly 117 000 hectares.

In similar vein to the rugged terrain in which we found ourselves on Sunday, the reserve is mostly a series of steep kloofs, deep valleys and a number of important rivers that feed the Wemmershoek, Stettynskloof, Theewaterskloof and Voelvlei dams.

On the initial part of the walk, and still up above the river filled with magnificent boulders and river stones, we passed a couple of solitary fishermen, the silence punctuated only by the odd call of a bird and a gentle breeze that made our walk all the easier, particularly as at this time of day our journey up the river was mostly in shade. 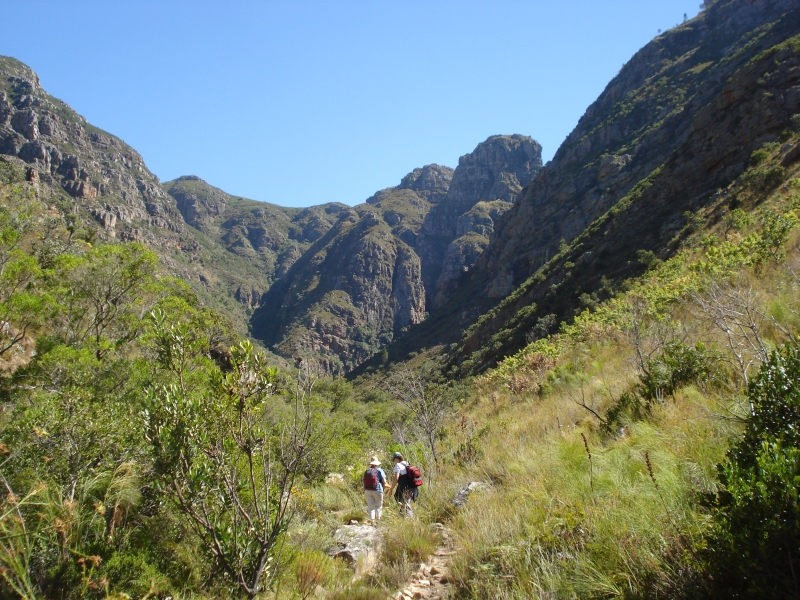 I found myself easing into the walk, commentary forgotten, as I thought how much easier all of this was than I remembered (until the way back in full sun, that is). Hiking’s lovely! Those post-it notes were obviously from a really difficult hike…

After a while, one descends and walks alongside the river bed, mostly to the right of the river. There are numerous little spots along the way where one can swim in ice-cold pools, and the accompanying sound of trickling water soon lulls one into a wonderful state of open-hearted camaraderie with nature – isn’t it all just beautiful.

The river is crystal-clear and the passing of water over the river stones produces a song all of its own. The average photographer, if here early enough to find the play of light on the water, will find endless ‘moments’ awaiting capture.

Part of our group had hiked here as a family when the children were a lot younger. We were regaled to tales of how the children, barefoot, used to make their way up the river bed, whilst the adults accompanied them along the path. 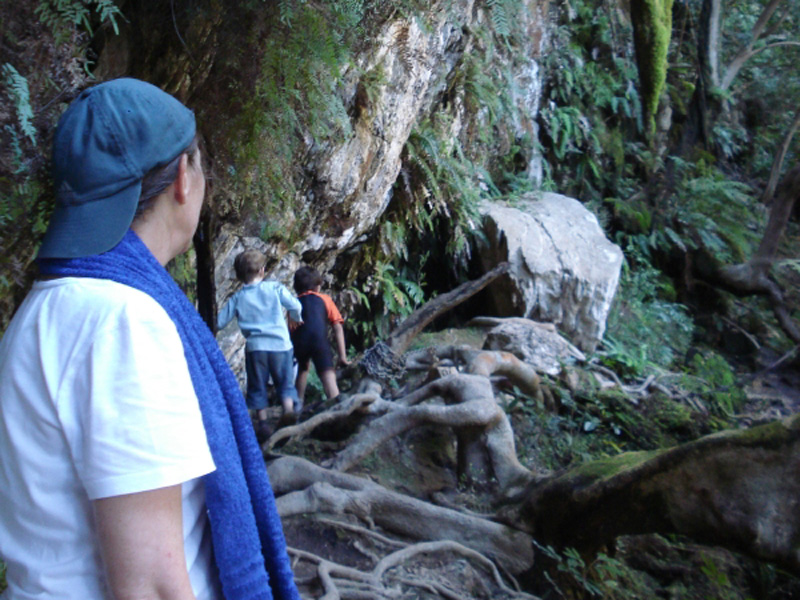 As we speak, a group of youths head past us at a rapid rate, their boots already soaked through from their journey along the river stones – why use a trail when you can pit yourself against the odds in the river.

We reach the first pools, as the family call them, with ease, and breakfast muffins made from the unusual ingredients of courgette and cheese are passed around. The little ones hit the water with squeals of delight and immediately begin games that include building moats and collecting river stones.

But the sun begins to make its presence felt and we decide to push on to yet another wonderful set of pools, this time at the bottom of the final ascent to the waterfall, and the reason for coming on the hike.

Reason or not, by the stage we reach the second set of pools I’m quite content to nibble on my lunch and lie back to stare at the surrounding cliffs and blue skies in the shadows of the rocks, whilst the others head off up the chain ladder to the waterfall. 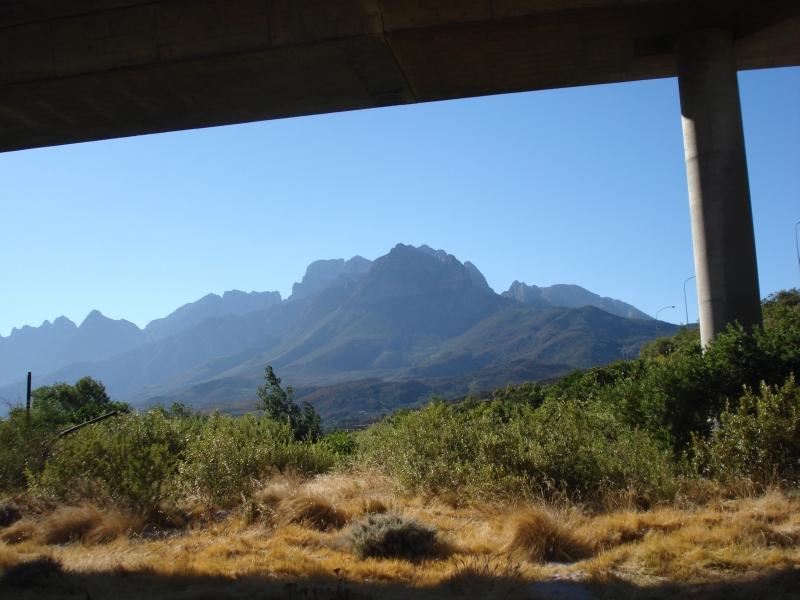 If the tales that followed are anything to go by, despite being slightly hairy (there is a chain ladder but if a five-year old can manage, then it is perfectly do-able), the ascent to the waterfall is well worth it.

The magnificence of the silence up here, the incredible waterfall and the accompanying cliff faces produce a wondrous scene, depending on how many other parties of people have got there ahead of you.

Tips for sanity when doing the Krom River hike