The Karoo is without a doubt one of the driest region in South Africa, it means semi-desert and whilst the Klein and Groot Karoo span over so much of the country, it was not an area I had explored at length- Until I took a luxury train trip through it.

We woke up in Deelfontein (otherwise known as the middle of nowhere).  The train had parked there overnight and other than a few deserted and old railway stations, there was absolutely nothing there.  The sun quickly made its ascent into the chilly morning and cast its warm rays over the golden land, scattered trees and small hill behind us. 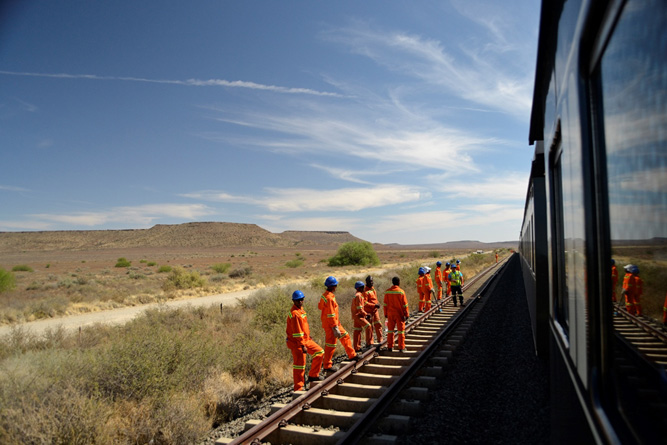 As the air turned from cool to exceptionally hot, we chugged along past wide open spaces where cows grazed.  Every few kilometres, I’d see a silver windmill turning to provide much-needed water to houses and lands.  I began to see them as landmarks which always reminded me that I was well and truly out of the city.

Sheep with black heads and white bodies were scattered all over a farm and one had somehow escaped the fence and tried to seek a way back in. Construction workers in their neon orange stood out in vast contrast to the pale, beige land and as we travelled past, they all stopped their work to wave, smile and give us a thumbs up. 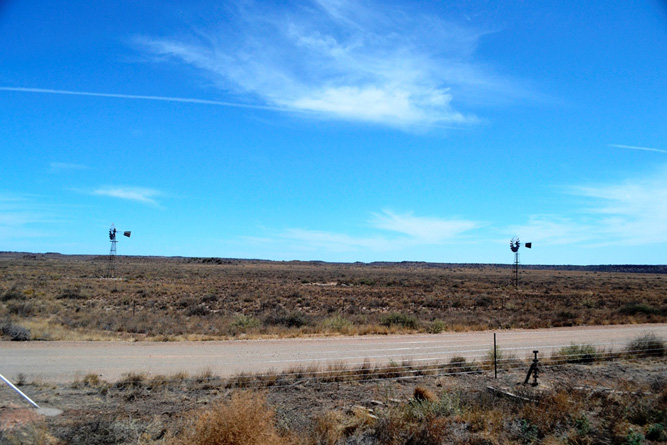 A small plane soared in the clear blue sky leaving trails of whispy white in its wake and adding to the unplanned patterns of frothy clouds amidts the blue.  The perfectly shaped trees were my favourite.  They appeared to be cropped into an otherwise monotone landscape and begged you to look at them and capture their determination to survive this harsh climate.

Every known and again I’d seen patches of forest green farmlands and grass. Remaining squares of lawn were rolled up into bundles and left to decorate the flat surfaces.

The small houses of farm workers sped by with a blur of colour from washing which was sure to dry in an instant.  A group of guys began running parallel to the train waving and asking us for money. Children stood holding onto their fence and waved as we passed by.

By late afternoon, the dust and heat of the day was already disappeared and warm colour of the earth gave away the sun’s next intention… to disappear from this side of the world.  The trees, grass and sand took on a warm, golden tint and the red and orange ball of lights travelled downwards towards the horizon. 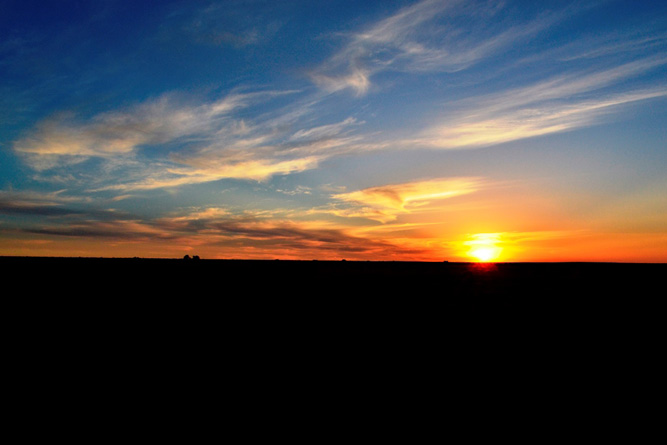 We passed townships built right beside the townships where men played cards, a women wrapped a baby on her back and children played games in the street. A large group of birds circled in the air almost in celebration of the end of another day.  The sun dipped between the houses and one of my last memories of the daylight was a young boy standing on a hill becoming a silhouette in front of the dwindling sun.

Mass amounts of papers and discarded rubbish were scattered on the hills and the trees were the only shapes left in view as the stars and moonlight took the sun’s place. I was sad that by the time I’d woken up the next day, the Karoo with its ever changing landscape which ultimately stayed the same would no longer be the view I saw through my window.

Photo Credits: All photographs with thanks to and © Vaughan McShane 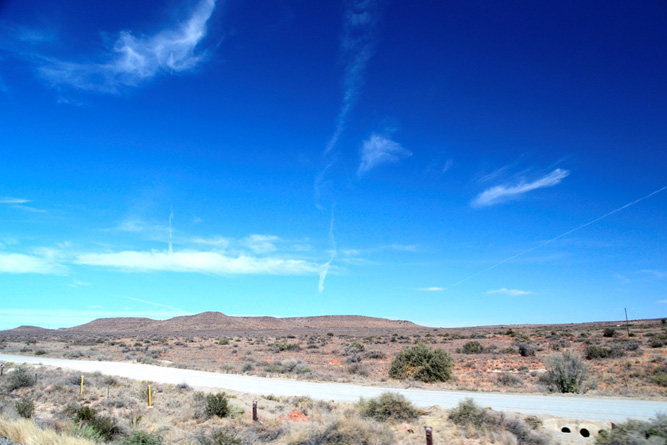