HOUT BAY IS BEST KNOWN FOR its magnificent mountains and sparkling blue sea views, its vibrant cosmopolitan restaurant life as well as its laidback “village” lifestyle.

GET YOUR PICTURE TAKEN ON Chapman’s Peak Drive which overlooks the Sentinel Mountain across the bay.

THE BEST VIEW PICTURES can be taken at sunset from the top of Chapman’s Peak, capturing the golden glow of the majestic mountains. 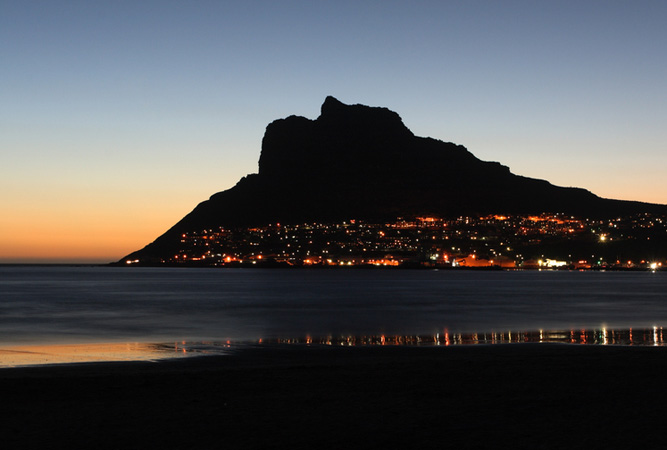 OTHER HAPPY SNAPS CAN BE TAKEN in the picturesque Hout Bay fishing harbour with it’s amazing views of Chapman’s Peak and the mountains, also from the Sentinel across the Hout Bay valley …

WHEN THE WEATHER’S GOOD, I LIKE TO walk on the beach, hike in the surrounding mountains where there are some wonderful hiking trails.  When I’m not feeling as energetic, I love to dine at one of Hout Bay’s many al fresco restaurants such as Dunes on the beach or at the Lookout Deck in the harbour.

WHEN THE WEATHER’S BAD, I LIKE TO get together with friends and braai in our thatched gazebo or just sit around the fire chatting about old times!

I THINK THE BEST TIME OF YEAR TO VISIT IS all year round!  Summer in Hout Bay speaks for itself – swimming, surfing, dining al fresco.  In winter we drive along the most stunning coastal road in the world to the V&A Waterfront which offers dozens of attractions such as a world class aquarium, cinemas, theatres and of course great shopping!  This is about a 30-minute drive.

MY FAVOURITE BREAKFAST SPOTS IS Deli Delicious – absolutely fantastic breakfasts!  Great surroundings, close to the beach and it has the prettiest bathrooms in Cape Town!  Another good breakfast spot with spectacular views of Hout Bay and the valley is Suikerbossie Restaurant.

FOR LUNCH I suggest Chapman’s Peak Hotel for its world famous calamari.  Also for sundowners, nothing can beat the vibe of sitting on the “Chappies” verandah, sipping a glass of ice cold wine, tucking into mounds of delicious grilled calamari!  They also serve super-fresh linefish – so a fish and chips meal at Chappies is a must!  Snoekies in the Hout Bay harbour also serves delicious fish & chips takeaways.

MY FAVOURITE RESTAURANT IS Papino’s in Earl Street.  Try their Hollandse Biefstuk or Seafood Spaghetti.

MY FAVOURITE PICNIC SPOT IS a special view site on Chapman’s Peak Drive where one can watch yachts racing or sailing socially in the bay.  In the whale season, this is the best location to spot them.  In November, I had the privilege of watching four  whales, plus a calf swimming leisurely in the bay.  A very special moment indeed!

FOR A NIGHT OUT ON THE TOWN TRY Mariner’s Wharf for upmarket seafood dining.

IF YOU WANT TO MEET LOCALS, GO TO Dunes on the beach.  Some of South Africa’s top bands perform there from time to time during the season.  I can also recommend the Lookout Deck, which has a smallish but excellent menu – great pizza and seafood.  There is live music every weekend.

HOUT BAY’S BEST KEPT SECRET IS the twice monthly fun quiz evening hosted by my husband Eugene and I!  These take place at Pirates Restaurant and are also a great way of meeting locals.

MY FAVOURITE THING TO DO WITH FRIENDS IS to be with friends and family at home, braaing freshly caught fish or ostrich fillets!

TO RELAX AND RESTORE MY SOUL, I LIKE TO visit Pure Essence Skin & Body.  In my opinion, Shana, the owner, is the best in the west!  She specialises in all kinds of facials, massages and holistic therapies.

MY FAVOURITE SHOPS ARE Hout Bay Books and Seaweeds Boutique for interesting and exclusive clothes and swimwear.

MY FAVOURITE MUSEUM IS is the Hout Bay Museum where one can find fascinating facts on the history of Hout Bay.

TRAVELLING WITH CHILDREN? A FUN OUTING IS is definitely the World of Birds in Valley Road – reputed to be the second largest bird park in the world!

BEST CHEAP AND CHEERFUL OUTING IS a trip to Seal Island on one of the many pleasure boats operating in the Hout Bay harbour – my personal favourite is the Nauticat. Also the weekly market (every Sunday) run by the Lions Club.

WHEN MONEY’S NO OBJECT, I LIKE TO I like to dine at the exclusive Hout Bay Manor for an unforgettable and exquisite dining experience. 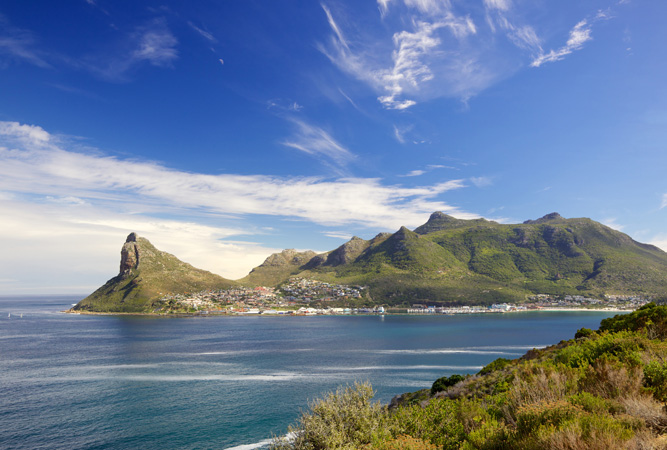 WHEN I WANT TO GIVE BACK TO THE COMMUNITY, I support the Hout Bay Craft Market almost every Sunday.  The proceeds support many of the local Hout Bay charities.  Another community project I support by hosting quiz evenings is to raise funds for “The Pets of Hout Bay”.  This project is headed by a Hilary Barclay who personally takes care of sick animals and implements a much needed sterilizing programme, especially for township animals.

I Love Hout Bay because of its cosmopolitan yet “country” lifestyle and only being 30 minutes from downtown Cape Town and the Waterfront.