With the faded opulence of its grand old manor houses lining the seafront, its retro children’s playgrounds and vintage soft drink advertisements that have been bleached by the sun, Muizenberg wears its past on its sleeve and seems akin to stumbling upon a Mad Hatter’s Tea Party! 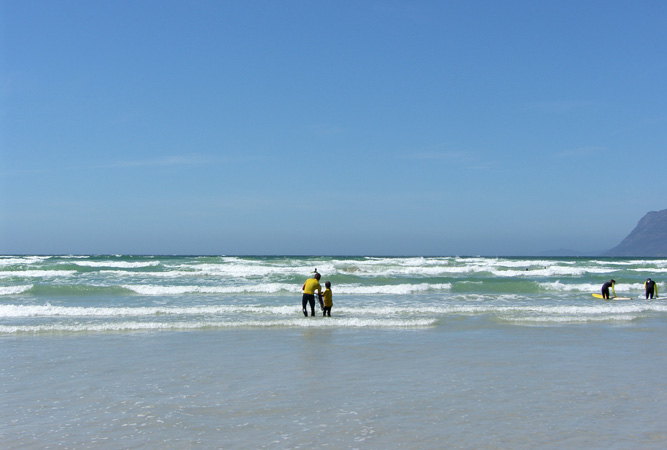 One can easily imagine the sight of sun worshippers flocking to the beach in the past, tumbling out of their Beetles and Morris Minors enthusiastically, filled to the brim with giggles and soda bubbles, looking forward to family time spent together bathing on the beach. But the shadow cast by the developing city that caused an exodus of investors, home-makers and tourists, causing years of erosion in the seaside town, is slowly being illuminated by an influx of renewed passion for the area.

The curious thing about this town is that nothing is as it seems. Looking from the beachfront, you’ll be able to spot ‘The Majestic Café,’ the old pharmacy and other die hards with their faded signage and aged facades. But if you had to set off on foot, you might just fall into a rabbit hole! 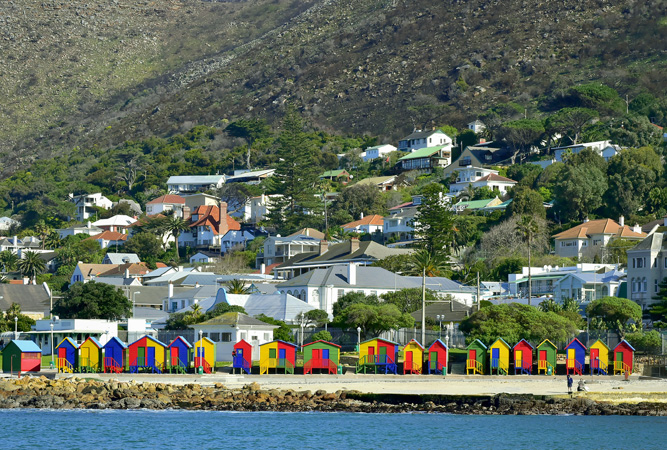 Moseying on down cobbled lanes, I discovered the most epic street, reminiscent of places I’d find by mistake when I lived in London, that were far better than any tourist attraction. It was in York Road where i discovered the kooky lane, groaning with beatnik scatterings, a gourmet cafe, used book store and a fabric den bulging with luxurious and unique fabric sourced by the owner personally overseas.

Buzz buzz buzzing like a bumble bee, I fondled the yellowed pages of Henry Miller and Anais Nin, stroked the fabric, ate and drank with glee, browsed antique vessels and fawned over bone handled cutlery. Encased within restored majestic buildings, shop fronts beckoning you with their over sized windows, black and white marble entrances and art deco facades, the experience was thick with the atmosphere of a warm Parisian afternoon. 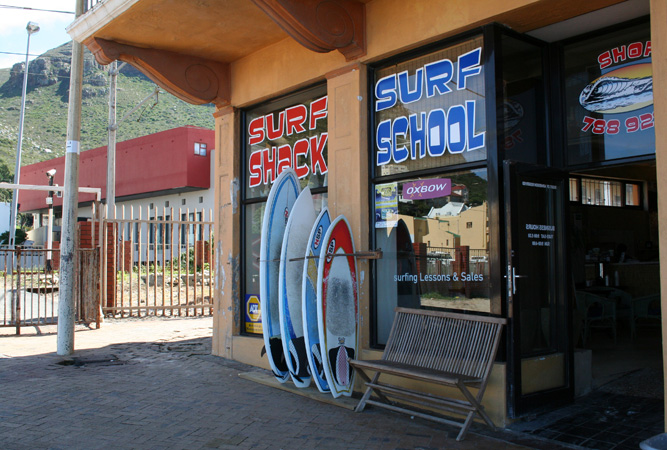 Intrinsically linked to the surfing culture, Muizenberg’s waves are dotted with surfers of all ages on any given day, waiting for their moment to experience the feeling. Gary, of Gary’s Surf School, was recently mentioned by South Africa’s leading journalism program on television, ‘Carte Blanche,’ for his role in uplifting the community and training previously disadvantaged children from poor communities to surf. They are now competing at competition level and love every second they spend in the warm waters of this popular surf spot.

Ambling past the less than aesthetically pleasing supermarket centre, I trotted down another obscure lane and was as pleased as pudding to find another row of whimsical stores and café’s. The Chinese Healing Centre grabbed my attention and held it, with their extravagant selection of everything organic and herbal, from fresh vegetables to herbal teas and tinctures. 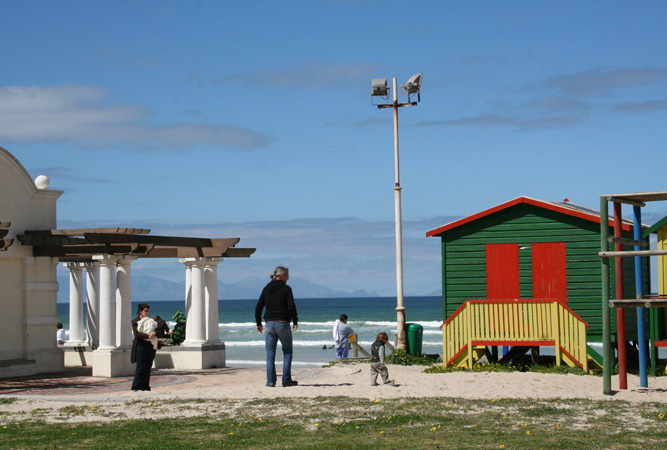 Their deli offered a delicious assortment of healthy dishes and baked goods and the coffee was unforgettable, complete with coffee art. A craft store across the way was filled with handmade objects, clothing, wool and eco conscious Christmas decorations.

Another organic grocer with a small restaurant enclave stood next to it, with a selection of goods that burst with organic energy. I felt as though I’d found the pot of gold underneath Muizenberg’s rainbow, reminding me of what a resident had meant when they told me that Muizenberg simply refuses to conform to developers visions of its upliftment. 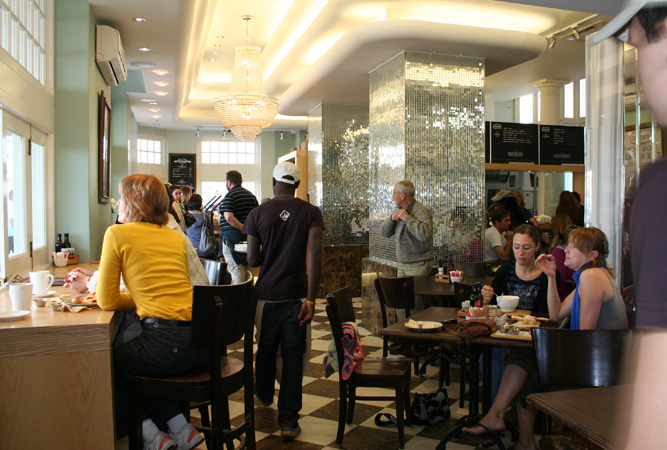 There, hidden in the corners of this decadent relic of a former lifestyle, is where the artists have made their presence known, where the restauranteur have contributed to an emerging café culture and where the spirit of Muizenberg flutters, like a rare butterfly.

For more about this eclectic suburb visit Muizenberg Attractions, where you will find additional information on what to do and where to stay. Search for and book quality accommodation in Muizenberg for your holiday. Muizenberg accommodation options include guest houses, bed and breakfast and self catering accommodation including holiday homes, apartment rentals and suites.