Now reading: Mamre – if you’re ever in the neighbourhood…

I never fail to marvel at how much there is to discover in the Western Cape. It seems that no matter what route you choose, en route there is something else to see, discover and unearth. The West Coast of the Western Cape in particular is such an area, and, within a two-hour radius of Cape Town one could keep oneself amused for months of weekends.

On the Klein Dassenberg Road as part of our adventure on a Sunday, we spontaneously decide to include the little village of Mamre on our journey. We pass Atlantis. It’s huge.

One end is a shanty town – the only ‘lucky’ individuals those perched on the edge of the settlement against the road where there still remain the giant eucalyptus trees of yesteryear. Should the government continue with their ‘cut down every invader species in sight’ campaign, not even these will remain to offer shelter. 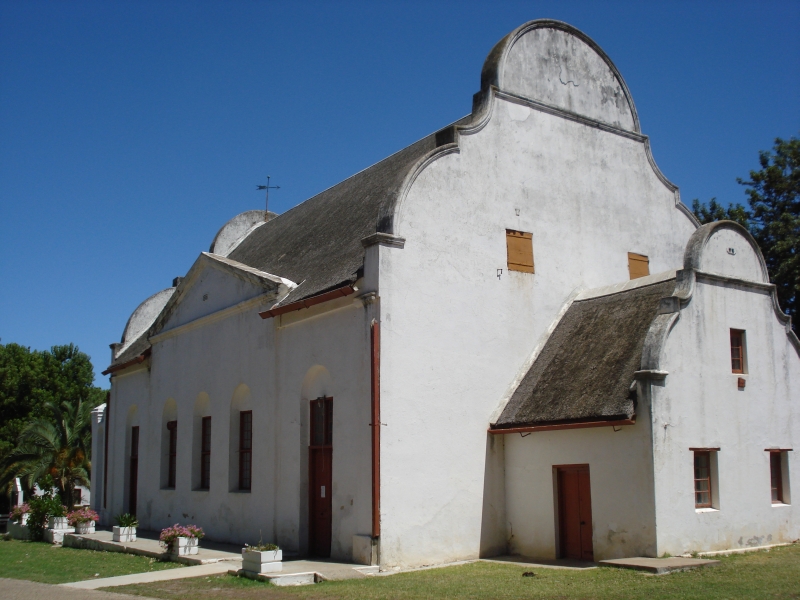 Further along and Atlantis is a higgledy piggledy mix of government housing, former government housing and self-built houses, many in disrepair. It remains an apartheid created ‘coloured’ town, huge with obviously high levels of poverty and unemployment – roughly 100 000 residents live here – apartheid’s answer to Milton Keynes.

It’s sobering, to say the least.

In 1977, when it was first built, the plan was to move people out here and bus them into Cape Town for work. It was supposed to become a shining example of the ‘fairness’ of apartheid – ultimately a hub of activity and industry (the theory was that incentivised heavy industry would move out here). Obviously it didn’t work. 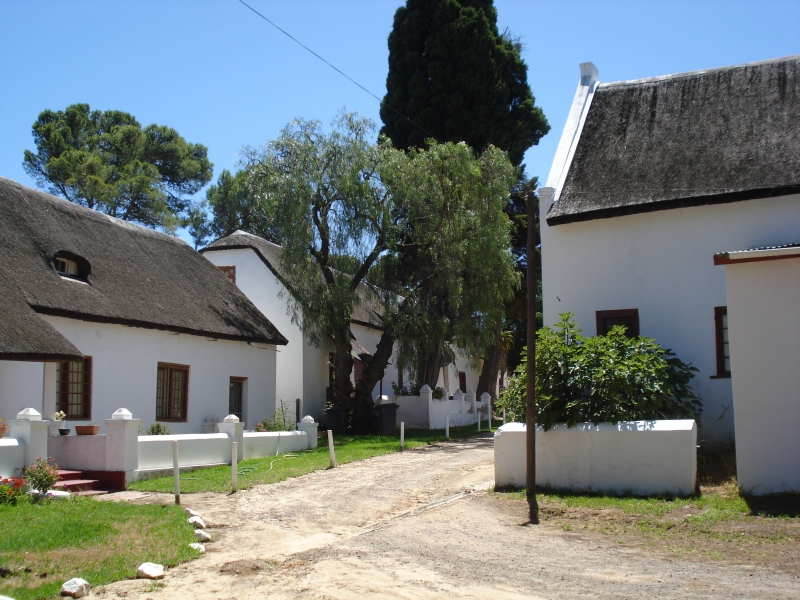 Just beyond Atlantis, on Dassenberg Road, we cross into the little village of Mamre. Somewhere here is the former Moravian Mission station.

We’ve not been to Mamre before and on passing Africa’s Pool Bar, Ralph Malibongwe’s Soup Kitchen and Shee-zah’s Café, outside of which Shee-zah’s brand-spanking new, very black and shiny mercedes benz makes me cringe at the thought of the prices he’s obviously charging in his have-no-competition supermarket, make me wonder if the mission station remains standing.

A little further along and we swing left into Main Road and follow the signs to the Moravian Church. Perched on the edge of Mamre a series of white-washed and thatched roofed buildings lie in a grove of pine and fruit trees. Some of the buildings, like the Bakhuisie, appear to have been restored, but a lot of the others are obviously in need of repair.

This doesn’t alter the beauty of the space, and, as we get closer to the church, we notice that the roof is being re-thatched. The church offices, immediately behind it, are not so lucky. The roof appears to have recently caved in in places, and black bags keep the weather at bay. 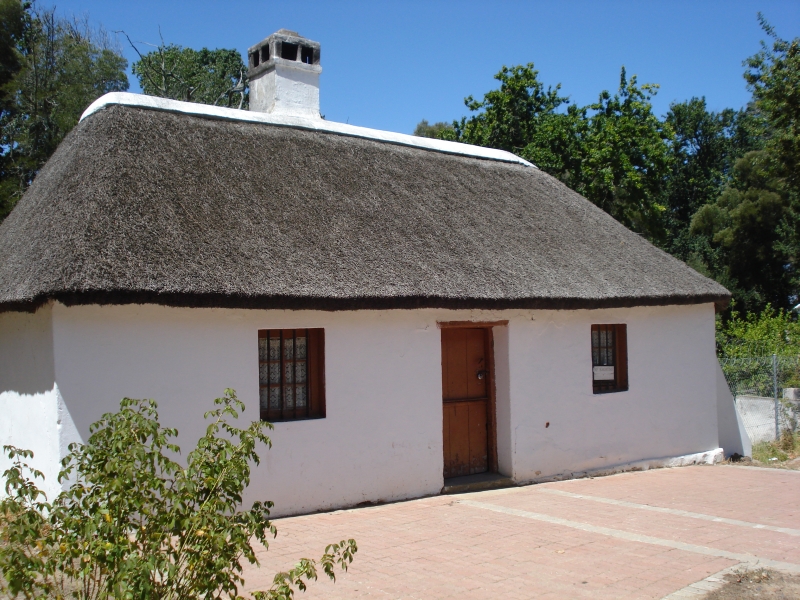 The little village is pretty. It has been here since 1808 when, under British control, the Moravians were invited to create a similar area to their obviously successful mission in Genadendal, just outside Greyton.

The farms on which it was built were known as De Groene Kloof, Louwplaas, and Cruywagenskraal and before it was a mission station, it was a military outpost. So, lots of history here.

Today there is a cluster of remaining buildings, known collectively as the ‘kerkwerf’ that include the former mill, the church, the stables, a school, a shop (winkel) and a bakery.

In 1967 both the double-ended church and the parsonage, just down from the church and where Willem van der Stel lived when he came to Groene Kloof in 1701 to establish the military outpost, were declared national monuments. And the mill was restored to function as a museum. 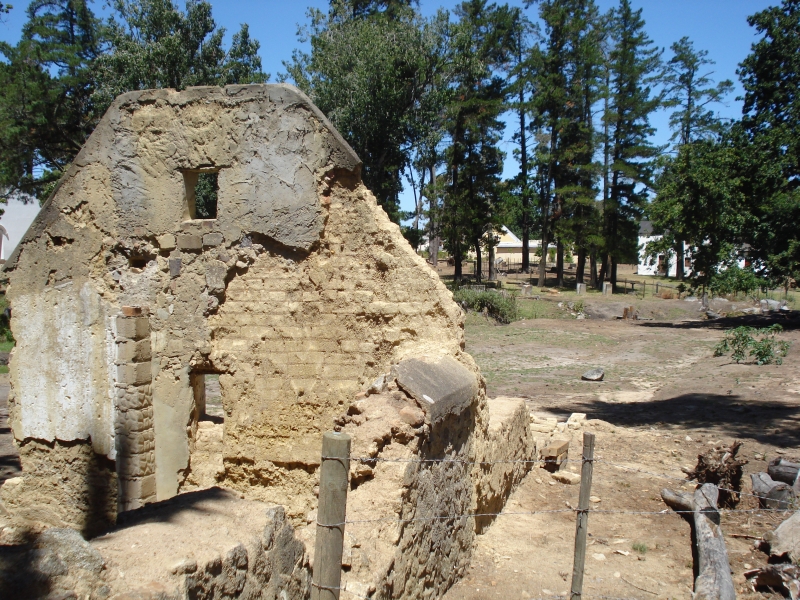 But it’s Sunday and most of everything is closed. The only signs of life are a few horses down in what must have been paddocks close to the mill, and a little black and white poodle that is frantic to try and get into one of the buildings. He barks at me in a thoroughly territorial manner and I decide he must live here.

I give him a wide berth on my way down towards the mill, where in the field closest to me, there are the remains of another building – this one has been allowed to fall into ruin. Nearby, there lie the remains of a millstone.

At the stream are a couple of people and as we walk around, a Muslim wedding party snakes its way up the drive, obviously not to use the church but the grounds for photographs.

The rather voluptuous bride in her golden, extravagant splendour, amidst her very turqoise bridesmaids and suitably attired best men, stands surrounded by her family, posing beneath the trees, and then on the lawns. The drivers of the BMWs that brought them here take themselves off to the shade beneath the trees, to amuse themselves with cigarettes and hearty if subdued conversation. 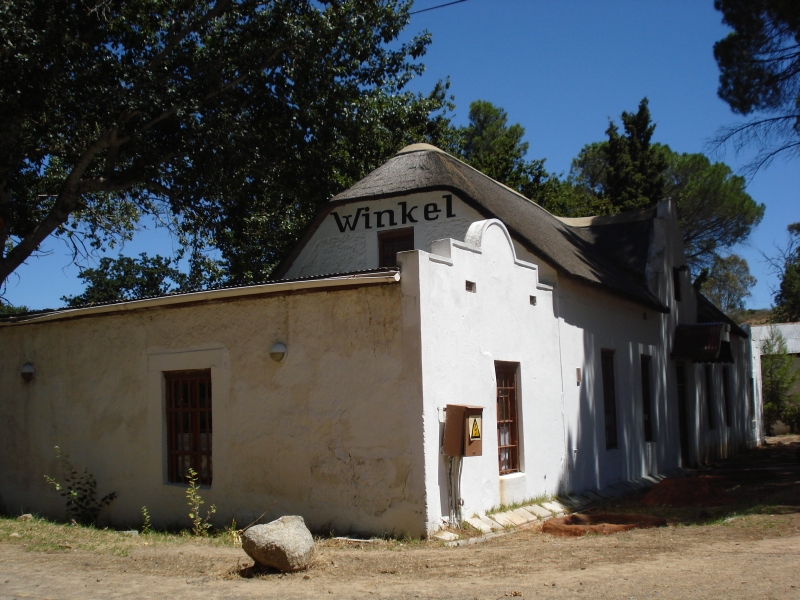 As I drink in the prettiness, I become aware of a series of blue-blazered men. They amble up towards the kerkwerf, on the breast pocket of their blazers is positioned the Moravian badge, on their heads old-fashioned bowlers and in their hands, a bible each.

They approach individually, some of them waiting for other brothers along the way. There are few of them.

The Moravian church, also sometimes referred to as the bohemian Brethren, is an evangelical protestant denomination and dates back to 1457 where it originated in Kunvald, Bohemia (today’s Czech Republic).

I intercept one of the gentlemen on his way up the road and enquire as to the Brotherhood (as opposed to sisterhood). He greets me warmly and assures me that there is are sisters too, but I see no women arrive at church whilst I’m there. I later learn that the term ‘brothers’ indicates equal members of the same community rather than the opposite of sisters. 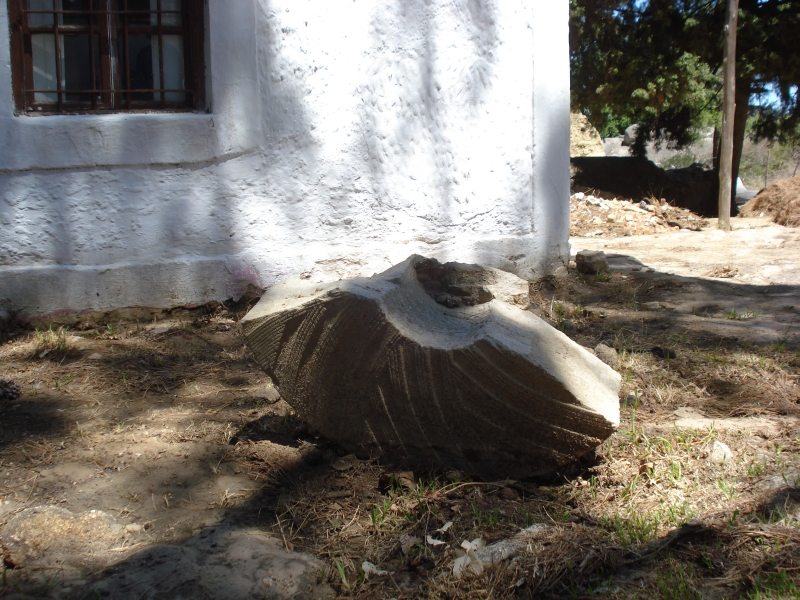 On our way out, past the water mill and its little funnel of water that runs along a narrow, man-made canel, we pass a couple of local boys on horse back, riding jauntily through the grounds and then back towards town.

I try to photograph the two on one horse. Someone else shouts a warning to them that I’m there. Mamre’s mission station is indeed beautiful. I hope only that it manages to maintain itself and that the buildings survive.

Out this way you can also visit the Mamre Nature Garden, a protected commonage with over 234 plant species within its 230 hectares. But you’ll have to make an arrangement to use the picnic site, or to walk the 1.5 hour hiking trail to Louwskloof, as it is not automatically open to the public.