This is a popular market on a Saturday morning for residents of Hermanus and the surrounds. Its setting is the Hermanuspietersfontein Wine Cellars at the Hemel en Aarde Village closest to Onrus, and if you’re not there to pick up the weekend’s nibbles and nosh, then you’re there for breakfast with friends.

It’s a market in much the same vein as the Neighbourgoods and the Earth Fair markets in Cape Town, although on a slightly smaller scale. It can get busy though, so you might want to get here relatively early. The market opens at 09h00 …

As you enter the generous courtyard, its perimeter under cover and brimming over with stallholders at wooden tables, black boards behind them announcing their wares, there is a generous aroma of bacon and eggs. On your immediate right is the Boeremark stall, there from early to supply you with bacon and egg rolls or a farmers breakfast. 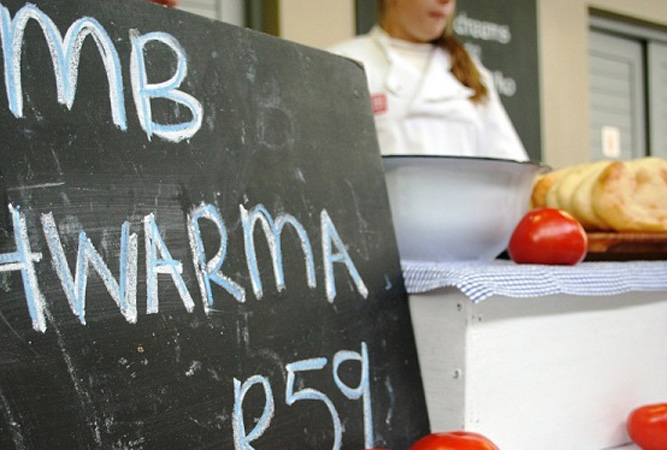 On the morning we arrived (which was our second visit to the market and the area) they had already stopped selling farmers breakfasts, so popular are they.

The space is brimming with families, conversation, laughter, wine and good, local food in abundance. Hermanuspietersfontein, the original name for Hermanus way back in 1855 before it was shortened (thank goodness, can you imagine getting that out first thing in the morning?), is the chosen name of a wine cellar and brand that uses these premises for wine tasting.

As part of the Sunday’s Glen wine ward the farm was awarded champion status by the Biodiversity and Wine Initiative (BWI) last year. The farm lies nestled in the valley between the mountainous area close to Stanford and the Atlantic Ocean. 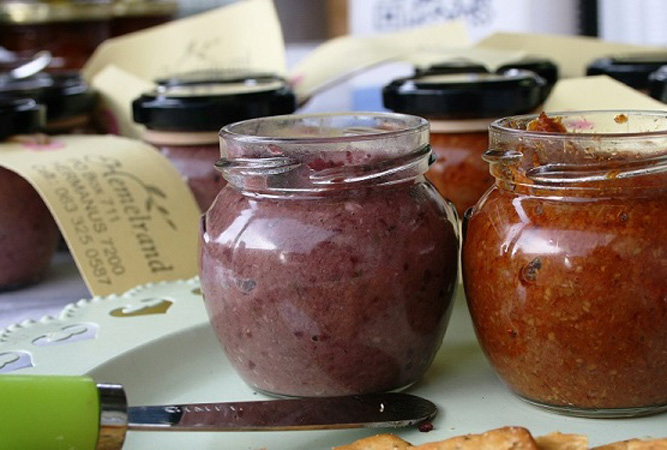 It’s a smart move to use their generous courtyard with seating for the weekly market, as where better to sell your wine! With food, goes wine. And it’s quite a collection of local quality food that you’ll find here. The cheese stall, run by Gerrie, usually has a bit of a queue, and, all of the cheeses are local in the sense that they’re from Cape Town and the surrounding areas.

Gruyere, blue cheese, goats cheese, you name it, it’s there, alongside a small but killer collection of cured meats – blackforest ham, pancetta and copper.

Other stalls include ‘eat Greek’, which, as its name suggests, serves delicious Greek foods that include tzatziki, humus, spanakopittas and dolmades; Matt’s fish, which had a selection of cob, red roman and kingklip – all fresh; a bread stall where an array of handmade artisan breads are baked by Jenny, whose husband Hennie used to do the incredible fish stall (it wasn’t there on our visit, perhaps Jenny decided breads would be a better idea?). 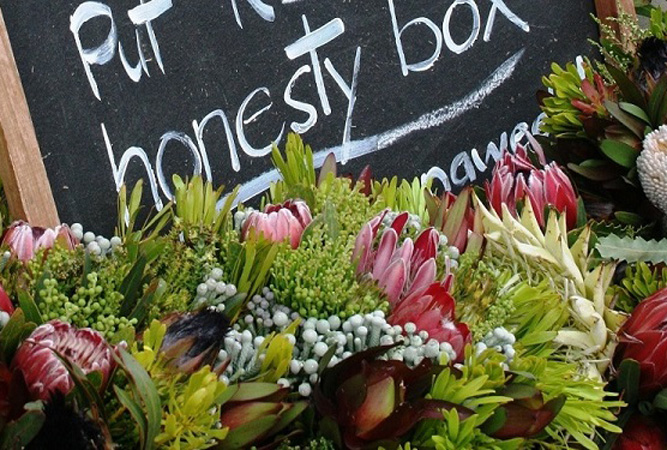 Jenny described to us how she prepares her starters, mostly from wheat, to produce her breads, which sell at modest prices when compared to the Cape Town markets.

Auntie Gerda convinced us to part with our cash very easily. Her assorted cakes, small bakes, truffles and cup cakes are delightful and delicious. My other half will be returning simply to acquire more of her millionaires shortbread! Rita was selling a selection of homemade pies, whilst Jan and Marie served us an amazing pancake. That was by no means the sum total of the stalls, there were plenty of others that included an array of pickles, mustards and chutneys, droë wors, Gerald the coffee man, who apparently has been known to make 410 coffees on demand in 360 minutes, and more.

Also worth a mention are the fish cakes which we managed to sample. They were simply delicious and value for money, but I’m blown if I can remember from which stall they came …

There were a few characters at the market too, and, if you don’t mind the occasional warbling nasality of Celine Dion, take a seat, collect your goodies from the stalls around you, and bask off in the atmosphere of a large communal dining-room, where friends and family make a ‘thing’ of Saturday mornings. 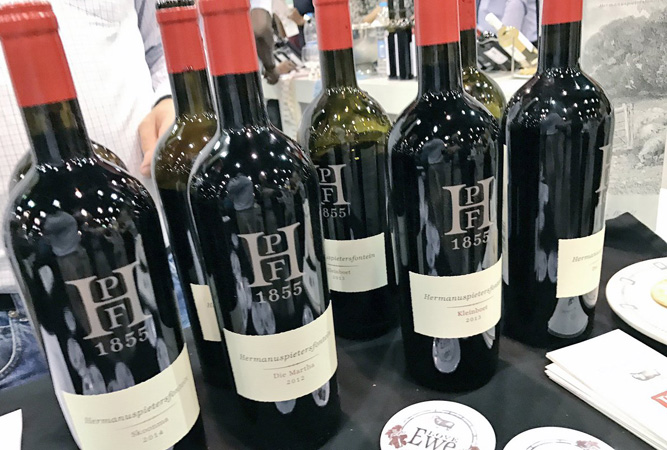