Now reading: An hour or two in Matjiesfontein …

The train rolled into the famous little Klein Karoo village of Matjiesfontein on a late October afternoon and with a long screeching, slowed and finally halted. The wind was icy and the last rays of the sun, casting a golden glow, were doing their utmost to keep us warm. This charming Victorian Village was founded in 1884 by Scotsman James Logan. Mr Logan was the superintendent assigned to building the stretch of rail over this region that was originally designed to connect Cape Town’s Port to the diamond fields of Kimberley. 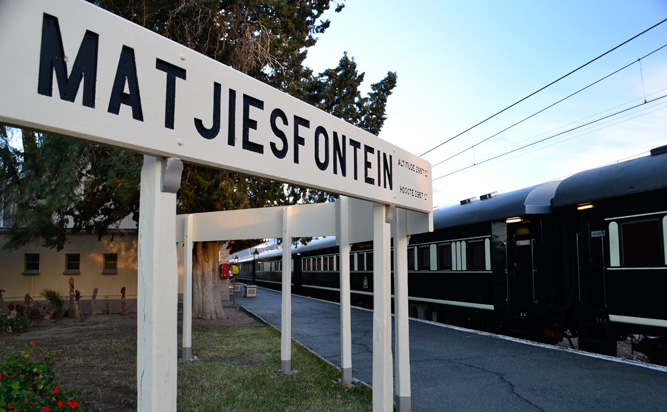 Having decided to settle in the area, James and his wife Emma bought land and built a fine Victorian house – Tweedside Lodge – they established the village as a wood-and-iron railway siding where they provided meals and refreshments to travellers passing through. Matjiesfontein was built out the overflow of this trade. Many years later under the direction and with great thanks to David Rawdon, the entire village was declared a National Heritage Site in 1975 and has been preserved as such ever since.

Visitors can, as we did, amble leisurely through the village and visit the fascinating buildings. Tweedside, almost unbelievably, was the first house in South Africa to have a telephone and one of the first with electric light. Its succulent garden still survives and is a wonder to visit. You can also enjoy a drink at the Laird’s Arms – a classic Victorian pub or even at the Lord Milner Hotel, completed in 1899, and which is still used as a venue for various functions.

There was a wedding on the weekend we visited and the Transport Museum’s collection of fine vintage vehicles were proudly on display for all to see including Buick’s, Jaguar’s, Rover’s and more.

Other sites of interest include the Reservoir, Graveyard, Cottages, Old Church, Duck pond, Chapel, Fountain, Bobbejaan’s River and of course the Mary Rawdon Museum which, we were told, is the largest private collection museum in South Africa and contains an incredibly large collection of old trinkets. 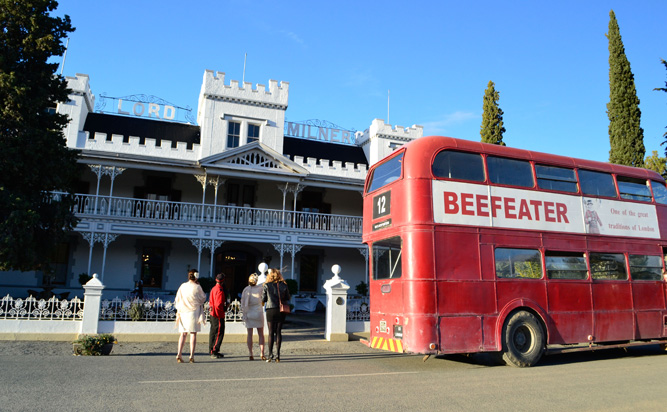 The town also has an Old London-style red bus with the word Beefeater emblazoned upon it that takes you on a free tour of the town, not long by any standards – in fact just ten minutes, the jovial driver and tour guide, Johan, enlightens you with laughs as he explains Matjiesfontein’s history.

The charm of Matjiesfontein is that somehow, this tiny little village in the middle of nowhere has preserved its identity and heritage – it’s as though you truly are stepping into a different age. Matjiesfontein is a truly worthwhile visit, even if you’re just passing through, even if just for an hour. And as the train pulled out of the platform we gazed back for a long time on the aloes and palms that line the station and characterized the windswept skyline. 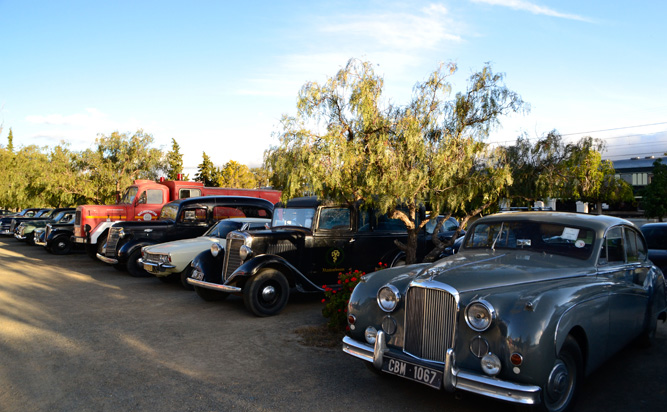