Now reading: Maynardville and Chelsea Village – a reprieve in the midst of Wynberg

A few of my friends have been talking about Maynardville Park of late. It seems that the park has undergone something of a facelift and the children’s play area in particular is now definitely worth a visit. Besides, we’re all waiting in anticipation for the next outdoor production of Shakespeare.

Maynardville Park is in on the corner of Church and Wolfe Street in Wynberg, for those of you who haven’t been there, with one of the main entrances at the end of Wolfe Street, which runs through Chelsea Village.

Chelsea Village, also known as Old Wynberg Village and Little Chelsea (although it has no ‘official’ name on the map), is a gorgeous little strip of prettily preserved historic buildings filled with décor shops, café’s, an old-fashioned and rather prominent red postbox, and all the trappings of a typical little English Village – bouganvillea and climbing roses predominate. 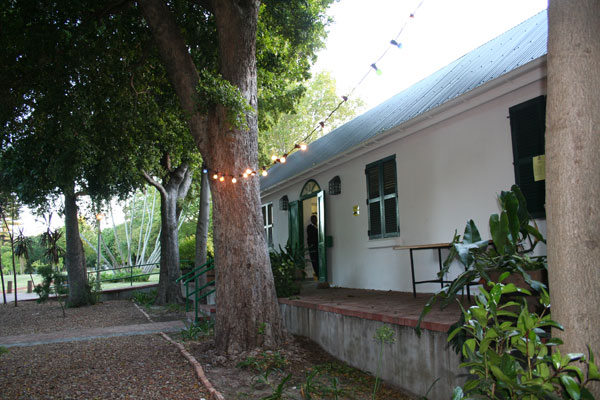 The village apparently got its name from the many artists, interior decorators and furniture designers who made the village their home during the 1950s because it reminded people of London’s rather bohemian Chelsea. Neither Chelsea in London, nor Wynberg’s little village, are bohemian any longer.

Properties here are worth a lot more than the average struggling artist can afford, but the village has maintained an element of bohemian chic, and the furniture designers and interior decorators persist, in amongst a collection of restaurants, pubs and business.

The village is heritage-rich and a walk round the lovely interlinking lanes and four major roads in Chelsea are charning and a wonderful way to spend a morning.

Maynardville Park acts in many ways as a green buffer zone for Chelsea, protecting it from the vroom and zoom of Main Road Wynberg. It is a large park with beautiful gardens, huge trees and, of course, the open air theatre – apparently there has been a different Shakespearian play staged here since 1956 – quite a tradition, and one not to be missed.

The reason the park is receiving added attention by my friends with children is that it is in the process of undergoing an R805 000 upgrade, which began in February this year, and includes a new timber play area as well as refurbished equipment from the old playground.

The new playground is just the beginning. By all accounts there are plans to convert Maynard Cottage, which lies on the corner of Wolfe and Piers Road entrance closest to Wynberg village, into a restaurant, which should definitely add to the buzz  about the park. The Wynberg library is apparently to be incorporated into the park, and the Rozendal Cottage is also to be upgraded. 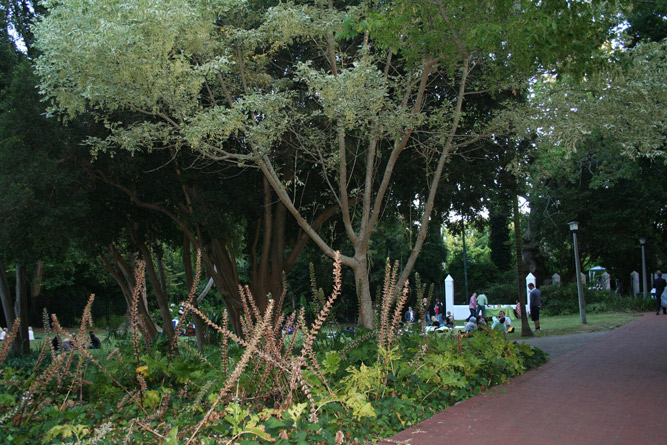 The beautiful trees in the park are the legacy of what was once a fine Victorian garden. It was planted when collecting exotic trees was the thing to do if you were one of the elite in Cape Town and the Maynard/Farmer family, resident in what was known as the Maynard’s Villa (it subsequently burnt down, was rebuilt and then later demolished by the municipality), commissioned a horticulturist all the way from Kew Gardens to landscape the garden.

Thus mediterranean cork oak trees lie side-by-side with swamp cypress trees and beautiful, lemon-scented gum trees, creating a rather magnificent canopy that contributes in no small part to the magic of the Shakespearean evenings.

And the Shakespeare? Two rather imaginative and enthusiastic South African actresses, Cecilia Sonnenberg and René Abrenson, decided during the 1950s that the old archery lawn held a certain allure for them as a magical setting for Shakespeare.

Today it is one of the best-loved outdoor theatre venues in the Cape with a 720-seater wooded theatre setting that attracts around 20 000 visitors a year, including countless school children who have, year after year, often enjoyed their setwork at Maynardville.

The first production of Shakespeare was Taming of the Shrew, which ran to a packed house for a month and set the tone for things to come. In 1975 Cecilia and René joined forces with CAPAB for five years, and since their retirement, the Drama department of Artscape has kept the theatre filled to capacity.

Audiences can look forward to Anthony and Cleopatra in 2010, due to run from 13 January to the 13 February, and from 14 Jan until 21 Feb, the Firebird Ballet puts in five performances.

All of this makes me itch to pay the park a visit. Soon, soon …