You are here / South Africa Travel News / Destinations / Western Cape / If you are in Mouille Point you are having Fun!

Now reading: If you are in Mouille Point you are having Fun!

Friendly coastline; check. Waving distance of Robben Island when facing said coastline; check. Short name with the unusual arrangement of 3 vowels (in a row!) that everyone will misspell; check, check. Mouille Point. 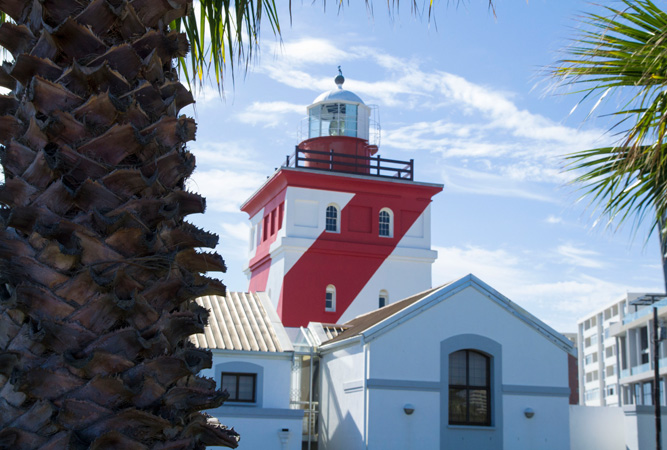 One wonders if the sound of the Atlantic Ocean’s drift between Granger Bay and Three Anchor Bay inspired the naming of this coastal portion lending itself gently to Wikipedia’s suggestion that ‘Mouille is a phonetic term that applies to certain consonants having a palatalised, “liquid” or softened sound’. Mouille Point certainly softens the effect of the African continent particularly while sipping liquids and rewarding one’s palate at a culinary seaside observation deck.

Mouille Point’s restaurant collection is as sufficient as an underwear selection comprising of items labelled ‘Monday’ through ‘Sunday’. A fresh item for every occasion with no duplicates.

Brunch at Newport Deli with a Flat White coffee while you overlook the choppy blue.

Vino and square pizza served on a breadboard at Bravo’s as a social carbo-loading responsibility for the rollerbladers that whizz by in hotpants beachside.

A fresh salad lunch recovery at Elixir Spa (and maybe a massage to help you through the week). Followed by espresso and a self assigned ‘gold star’ (in the form of a pastry) from Michelin Star owner’s Sundance Coffee Company.

Rebellion cocktails, sunset accessorised at Wafu, a dash downstairs to Wakame for sensational sushi then back upstairs for more rebellion on the sundowner deck.

Deli sandwich over Wi-Fi at Café Neo and a dinner hunt involving the selection of your own steak cut at Theo’s grill “Medium rare please”.

You decide “woks cooking?” in a slick Asian setting at Geisha.

Formal seafood dining with a linen napkin and everything at Pepenero’s with a little in-house cocktail room rotation.

… of course the Mouille Point entertainment cycle is open for personal interpretation. 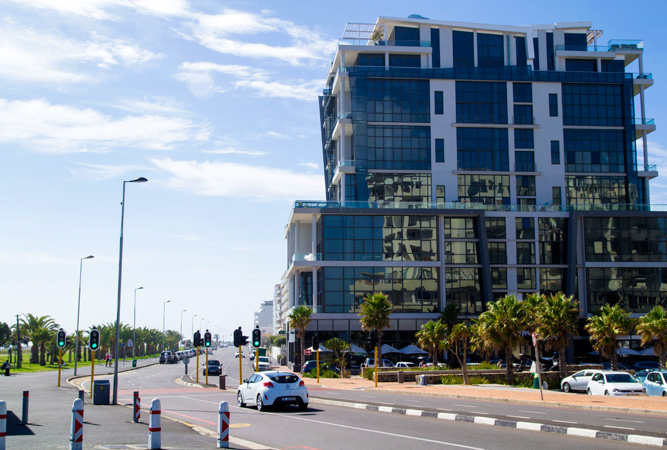 If the Atlantic Seaboard was a fairytale collection, Mouille Point would play Cinderella. Many moons ago when the Cape Town Harbour was where you went to get a tattoo of an anchor when you lost a bet, Mouille Point was where the kid in your class who always had holes is his school jersey lived. As the last Millennium turned into it’s last decade the once dingy harbour marina turned with it tugging Mouille Point along in its commercial wake.

The harbour having undergone architectural reconstructive surgery evolved as the magnificent waterfront shopping and entertainment capital of Cape Town known as the Victoria and Alfred (V&A) Waterfront, it’s closest companion… Mouille Point. The less fortunate school friend, never went to college in the end but not due to lack of means but rather due to early retirement as his inherited dilapidated family building broke auction records as Mouille Point collected it’s residential property title of the Golden Mile during the property boom.

Mouille Point consists of a single linear strip that caresses the coastline’s cut into the land. Parallel to each other lies the ocean; the Promenade winding it’s way through Sea Point to Bantry Bay; Beach Road (which serves as the main road); the single property line and the sports fields. 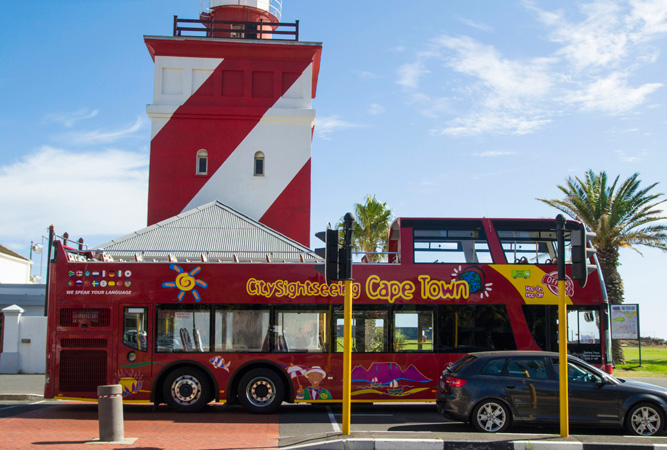 The finite supply of land has resulted in Mouille Point comprising of majority high rise luxury apartments, a small selection of low rise developments and a handful of single dwellings where the aged handwrite notes threatening property brokers off their land at the next attempt to tender. Mouille Point has the advantage of having the Green Point Common shadowing it with a municipal collection of community sports playing fields and the background of Table Mountain and Signal Hill. Blue of the ocean out the front window, green of the grass out the back.

The historic lighthouse inspires yachting fashion in it’s suitably nautical red and white stripe presentation. Of course being the oldest functioning maritime chaperone in South Africa does come with certain nasty responsibilities that may warn ships of land through heavy mist but that land heavy sleepers in a foul mood when woken by the bellow of the notorious foghorn in the early hours. What can one do in a situation like this but replenish oneself with a little Gelato from the local Italian ice-cream shop and a cheerful choo-choo ride on the mini Blue Train. 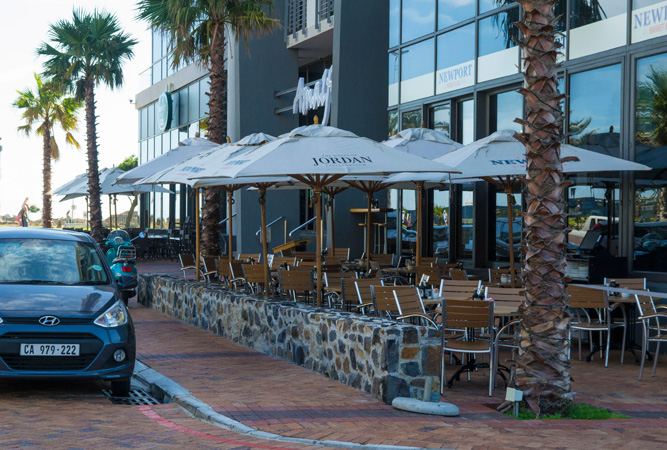 One cannot be blamed for adding up strokes incorrectly at the Mouille Point beachfront mini-golf course (Putt-Putt); lack of sleep is a legitimate handicap even if competing against your own children.

Although this district is one of the few spots in Cape Town to have sufficient street parking to resident ratio do not attempt a Mouille Point visit during work hours unless you are entertaining the boss. Should your personalised number plate be spotted in the general Mouille Point vicinity none of the ‘I’m just picking up my little Jimmy from school’ or ‘My filling fell out so I had to make an emergency dentist visit’ or ‘Just picking up my suit for the presentation tomorrow’ will save you. There is not a school, medical practice, post office, dry-cleaner or venue of general errand anywhere in the vicinity.

If you are in Mouille Point, you are having fun; busted!