Now reading: Where to get drunk in the Overberg – plan your ‘winecation’

When someone mentions ‘wine route’ in Cape Town, one usually thinks of Stellenbosch or Franschhoek, not the Cape Overberg, yet this region is every bit as likely to get you drunk. With 250km of winescapes to explore, the serious wino can’t possibly consider themselves such without experiencing the tipple in this region… 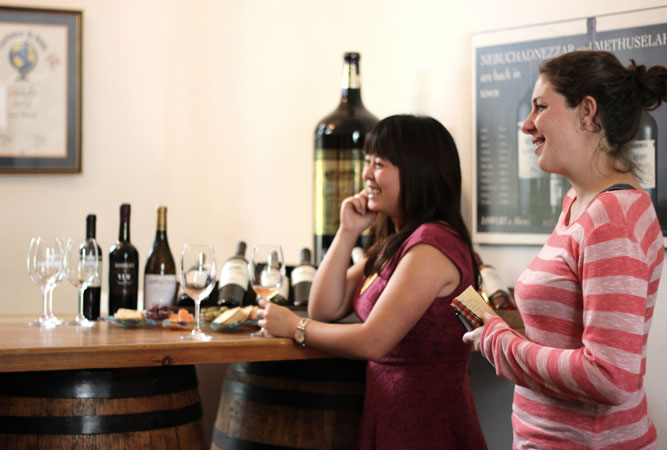 The wine route through the Overberg starts a mere 30 minutes drive from Cape Town, kicking off with the Elgin Valley Wine Route, which has 16 wine estates peppered about. Grab your girlfriends and drop in for lunch and wine-tasting at Tokara, Paul Cluver, Thelema, or at smaller winemakers, like William Everson (the man behind Everson’s Cider – locally made pear and apple cider).

South Hill, next door to Old Mac Daddy, must be one of the most underrated tasting rooms and restaurants in area, while Fresh at Paul Cluver is a jewel that foodies must tick off their must-visit list. Better yet, explore Elgin’s wineries during the Elgin Cool Wine Festival or during their famous ‘Open Gardens’ weekends, when you’ll depart with both greenery and a bottle or three of the valley’s finest, stashed under your arm.

With 14 wineries within a 10km radius, including Rivendell, Genevieve MCC, Gabrielskloof, Barton and Beaumont, it’s no wonder Bot River wine farmers have created their own successful annual festival.

‘Barrels and Beards’ festival – a manly celebration of all things bearded and corked – attracts throngs of locals and wine-loving travellers for a weekend of music, fruit of the vine and hooliganism (perfect for a rough-and-tumble, wellies-wearing weekend away with friends). Think spontaneous folk music, check shirts and hangovers. The Bot River Winemakers Association pride themselves on the earthy, unspoilt and social character of the wines produced in the area; a theme that has not only seeped into the wine, but the places and the people too. 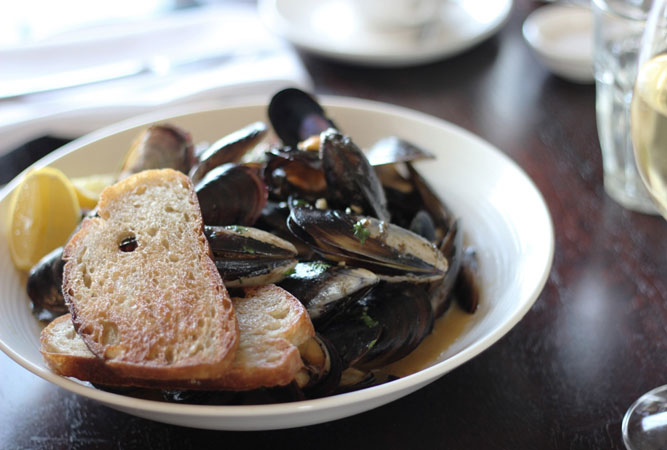 The Hemel and Aarde Valley is the next notable wine-producing area along the wine route through the Overberg; a name which translates to ‘Heaven and Earth’ and rightly so. When you take a left turn up towards the valley, just before Hermanus, you’ll have no clue as to the scene rolling out before you, like some paradisical ‘Sound of Music’ fantasy-scape. You can bet that Julie Andrews would have preferred the Hemel and Aarde though, with its 15 wineries and extraordinary eateries.

Heaven, Creation and La Vierge have spared no expense when it comes to perfection, coupled with views that will have you melting like a chocolate fondant pudding. Ell, one of my favourites, sits perched on a hill on Spookfontein wine farm, offering heart-thumping views of the valley over ethically inspired dishes. Up-cycled mid-century modern furniture with glass, wood and steel design, form an unobtrusive backdrop to culinary and visual delights. With 15 wineries in this small valley alone, the Hemel & Aarde needs to be on your winecation itinerary.

A stop in the sweet village of Stanford offers wine-lovers a gulp of some of the country’s most delicious wines. ‘The Tasting Room’ at Stanford Hills has only been open for a year and is just as popular with locals as it is with visitors, thanks to wallet-friendly prices, breakfasts that will make you blush, fall-off-the-bone Sunday roasts and an animal and child-friendly ethos. Sir Robert Stanford Estate is breathtaking, with Madre’s love of décor and attention to detail noticeable in every nook.

Madre’s Kitchen has a log fire burning on colder days, while bread is baked in an outdoor oven and geese are gliding on the pond. Their tasting room is a soothing space in which to savour the excellence of Sir Robert Stanford wines. Raka lies a little further outside of the village and offers tastings only. Their wines are synonymous with easy drinking, so don’t be surprised if you suddenly notice a case of it in your boot. 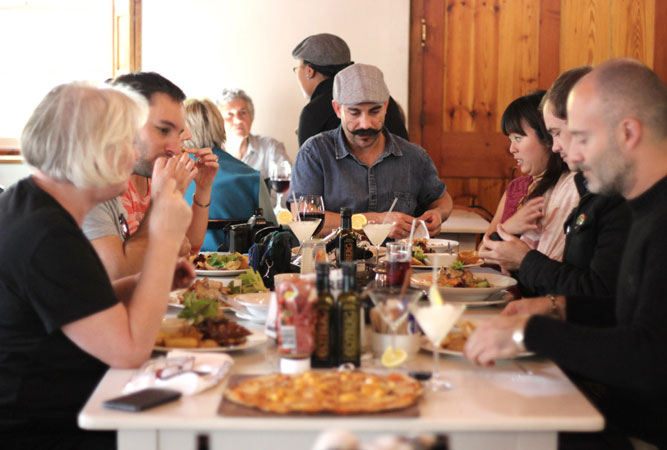 But don’t turn that SUV around yet because Swellendam is so chock-full of little wino gems, it should come with a hedonism warning label. From minimalist Sijnn winery to the rolling stud farm of Zandvliet, Swellendam and its surrounding towns will have your hands full (of wine) before you you know what’s happening to you (because of the wine).

And don’t even think about bringing your diet along because it’s called Swell-endam for good reason. In fact, we highly suggest preparing for a day of good drinking with a stop in at Diesel and Creme in Barrydale for waffles and 1950’s style double-thick shakes.

So there you have it. Isn’t it about time you booked accommodation, forced one of your friends to be a designated driver and gulped your way through the Overberg? We think so.