The town of Paarl is literally on my doorstep. I’ve driven past it on the N1 numerous times and yet not visited. But this weekend was an exception. I needed to right a wrong and take a look at a town that more than met my expectations and, in fact, left me spellbound by its gorgeous architecture, history, perpetual vistas of vineyards, and quaintness. 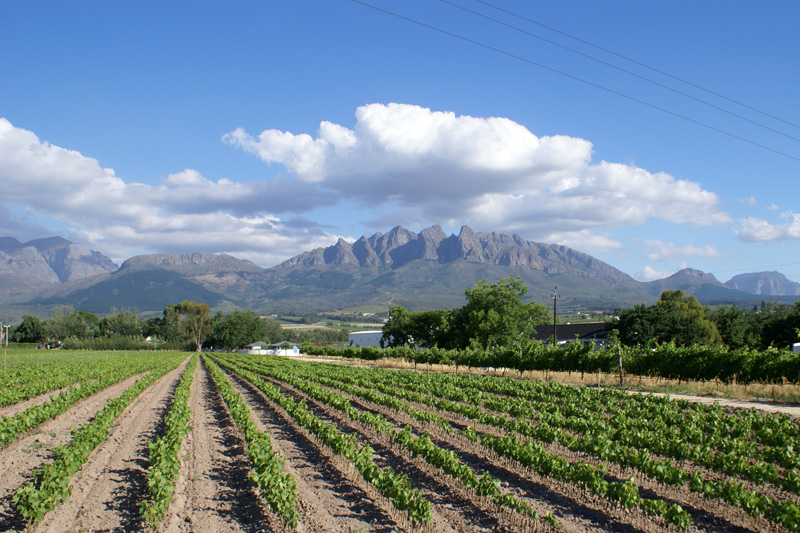 Paarl is but 45 minutes’ drive from Cape Town, yet it might as well be miles away (aside from the fact that you can see Table Mountain on a clear day). It’s the largest town in the Cape winelands, the third oldest European settlement in South Africa, boasts the longest main street in the country – all 12 kilometres of it – littered with buildings of historical note, boasts its own wine route, and has a huge granite outcrop that glistens just like a pearl, hence the town’s name, in the sunlight after a downpour. Not only that, but it’s also full of vineyards …

The name of the town is something of an idiosyncrasy. Despite being spelt ‘Paarl’ in both English and Afrikaans, it is pronounced ‘Pêrel’ in Afrikaans, and people are often heard to say ‘in die Pêrel’. And all of this superfluous information pertains to the huge rock, which is actually three rounded outcrops that make up Paarl Mountain – the largest such protrusion in the southern hemisphere, which despite being compared with Uluru, doesn’t really come close, yet definitely has something special about it. 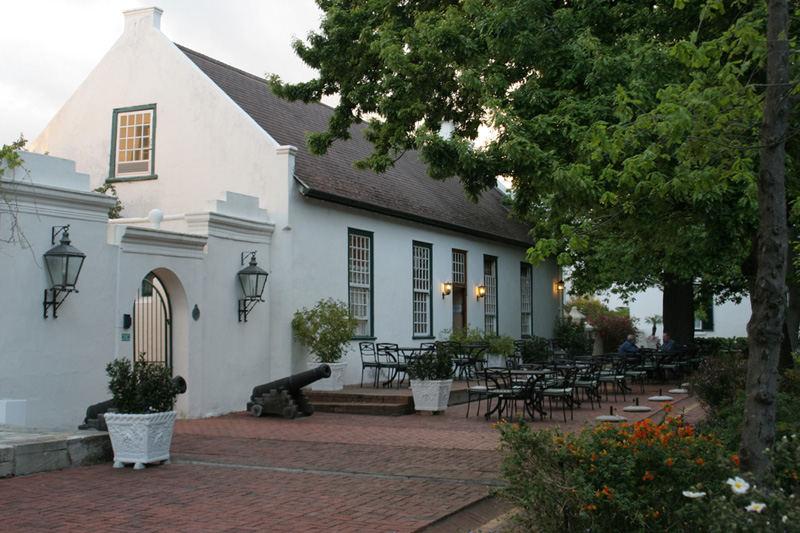 Paarl is also just about the only town in the Western Cape to have its tourist information office open on a Sunday, even if the rest of Paarl at 10am is otherwise occupied in activities of a more celestial nature. And there’s the Afrikaanse Taalmonument, standing on the slopes of Paarl Mountain, the most famous Afrikaans icon commemorating the Afrikaans language as an official language, separate from Dutch; something of an icon but interesting nonetheless – pick up a pamphlet explaining the symbolism behind the structure from the tourist info.

Take the time to drive Paarl’s Main Road slowly and you’ll find that it includes the oldest church building in the country, the oldest pub, the headquarters of the country’s oldest cellar, and a most unusual Gymnasium. There are numerous art galleries, hand-crafted jewellery, and a million-and-one quaint eateries and coffee shops in a host of Cape Dutch, Victorian, Edwardian and Art Deco buildings. The town, despite all of these claims to fame, would manage just fine attracting visitors purely for its beauty. 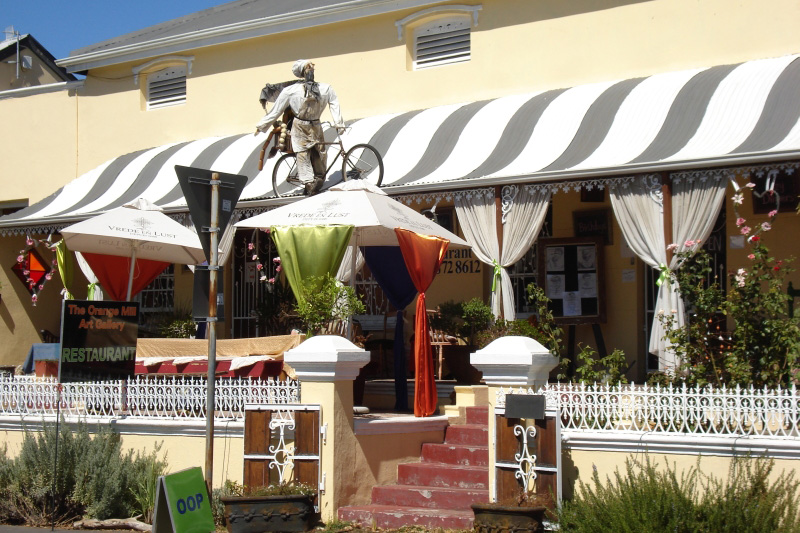 Paarl is littered with upmarket, luxury guest houses and accommodation in Paarl is an attractive option even for Capetonians wanting a quick getaway. There is also the rather glorious addition of a ‘vineyard-in-town’ experience that is La Borie (also known as La Brie), bought by KWV in 1972, who restored the beautiful old buildings.

But it is not Paarl’s Main Road alone that is fascinating. Take the time to head off from the main road, still in the centre of Paarl, to explore a little further. We found ourselves, quite by accident, driving around Buitenverwagting and Bertville, up to Lemoenkloof. This part of town is filled with gorgeous, restored Victorian renditions that are at once charming and perfectly lovely, situated virtually up against the mountain in quirky little side roads and avenues, in similar style to Woodstock or Observatory in Cape Town, but without quite the same price tags (those are left for Paarl’s golf estates).

On Mill Street, in the same neck of the woods, you’ll find the Old Mill Theatre with a long history in Paarl’s theatre scene – an obscure, plain little building, and a community theatre that comes into its own during the Cultivaria Festival during September, but otherwise can be hired as a venue by professional entertainers and others (and it isn’t expensive to hire). 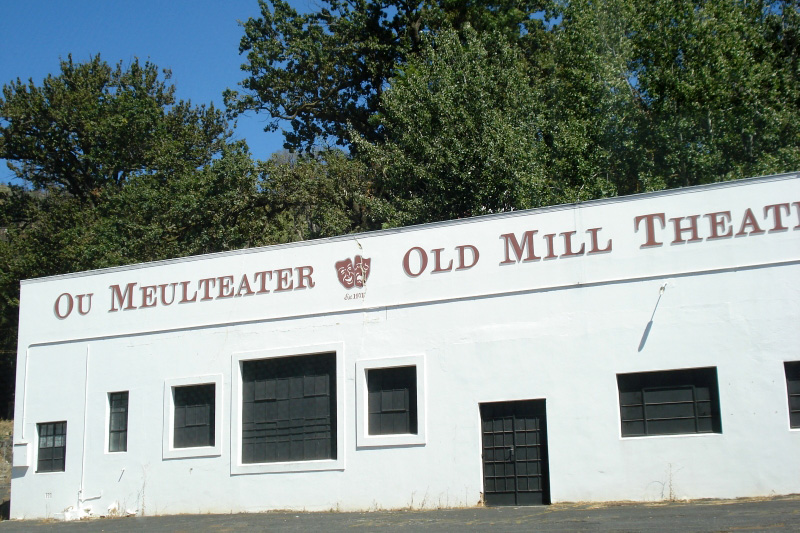 And if it’s wine you’re here to sample, then look no further than Paarl’s main road, where the Juno Wine Company (they of the unusual Cape maidens labels painted by Tertia du Toit) have their own Café Juno. They’re a refreshingly unpretentious bunch who don’t take themselves terribly seriously.

Their café too promises uncomplicated, delicious breakfasts and lunches including freshly baked baguettes, ciabattas and rye loaves. It helps that the café houses the studio and gallery of Tertia du Toit, the artist to grace their bottles with a never-ending supply of maidens, although they also produce an Arthouse series of wines, minus the nymphs.

Also on Main Road is 10 Chapters Wine Bar, which began with a question that went something like ‘what if we made a bottle of wine that represented South Africa?’ What followed was an invitation to every wine cellar in the country to donate three bottles of red wine. The idea: to achieve a world first by blending all of these into a ‘South Africa in a bottle’. 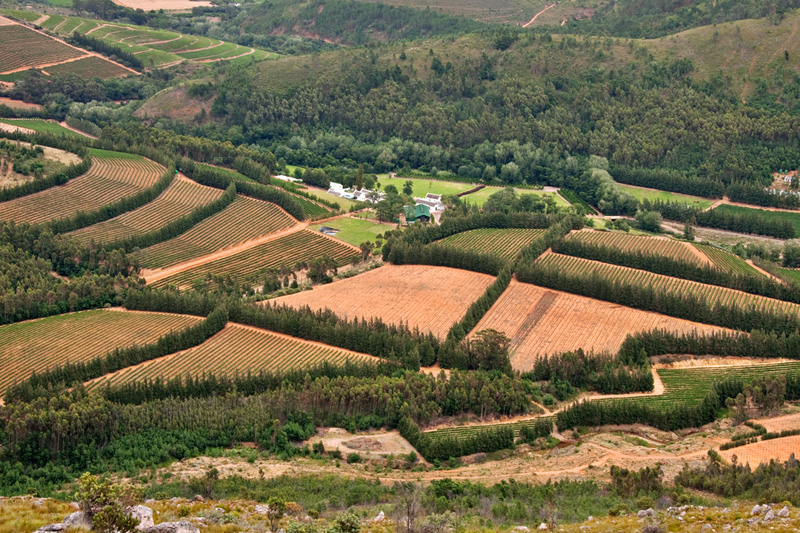 The final year Stellenbosch winemaking students behind the idea received 663 bottles from 221 wineries in 10 winemaking regions and blended them together to make a wine called 10 Chapters, said to be ‘dangerously enjoyable’. The bar serves a variety of South African wines by the glass with a menu that includes cheese platters, snack bowls, bruschettas and dessert tapas.

Paarl’s wines tend to fall in the shadow of other of the winelands’ routes – Franschhoek and Stellenbosch are the draw cards, whilst Paarl can be considered charming and pretty… yet despite having to fight this Cinderella complex, the valley is coming out from under the shadow and is amongst those wines being ‘discovered’ – to quote Alan Nelson of Nelson’s Creek, it’s ‘the hidden pearl of the SA wine industry’. 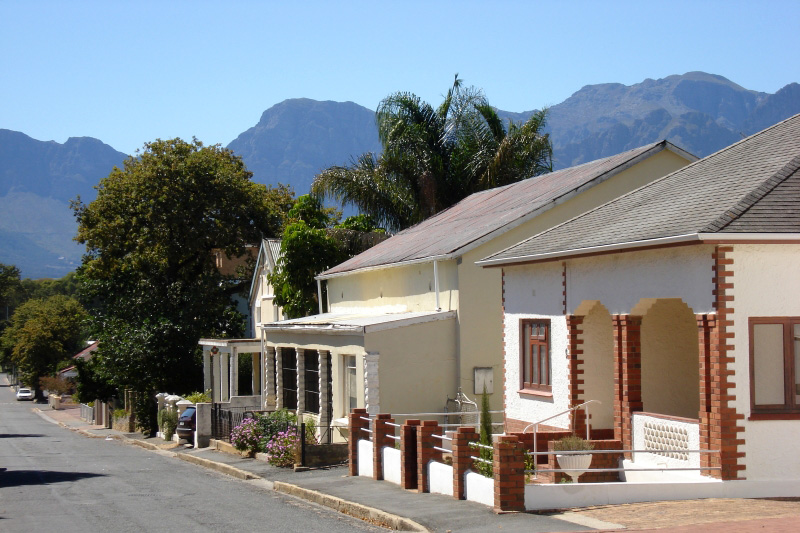 And there is something for everyone. Head out to Domaine Brahms in the Windmeul area of Paarl. It’s not only a stunning venue, including the quaintest chapel around, but the story behind the wines is entrancing, including a woman wine maker who hung up her advocate gown to don the boots of a wine maker, or Avondale now in the hands of the Grieve family, also behind Vital Health products, for organic wines. And don’t forget the older more established wine farms like Simonsvlei (I can recommend their sparkling wine!) and Nederberg.

Despite being overlooked for being but a stone’s throw away from Cape Town, Paarl really is a ‘pearl’ and well worth not only a day’s visit, but a weekend away.