Now reading: Paternoster – a palliate for the soul

The first thing that strikes me about the gorgeous little seaside fishing village of Paternoster, is the harmony – there is no ‘right’ or ‘wrong’ side of the tracks here. Instead society is lumped into the same handbasket.

The average holiday maker encased in huge utility vehicle, here for the weekend, tends to drive with head turned away from the fishermen’s cottages that lie cheek by jowl with holiday homes in the village – an attempt to ignore the ‘other’ side of Paternoster, or craning to see the sea? I’ll give them the benefit of the doubt. 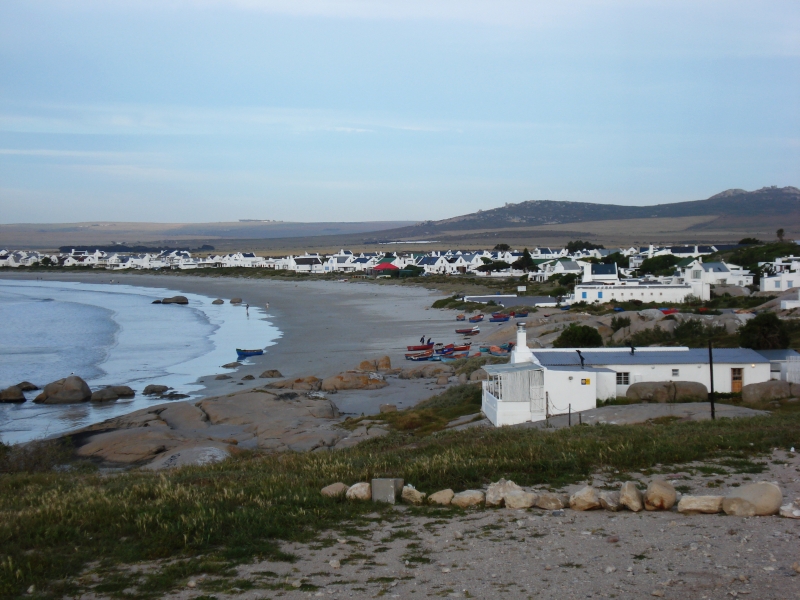 I love that on one side of the road there are cozy, old and derelect fishing cottages, fishermen outside on their bakkies fixing nets and outboard motors, women trading gossip and children over the fences, still in their pyjamas at 10 am, washing on the line. There is even the odd flagrantly red or pink house, contrary to the obvious undertaking by the village to maintain a white walled, thatched roof uniformity.

The locals seem fairly ambivalent. They either ignore the ‘other’ element entirely, pretend that side of town doesn’t exist, or infer indirectly to the level of crime in town – one that is barely perceptible. Others love this way of life. What ever way you feel about it, it doesn’t change the fact that Paternoster probably comes close to being the perfect beachside village. 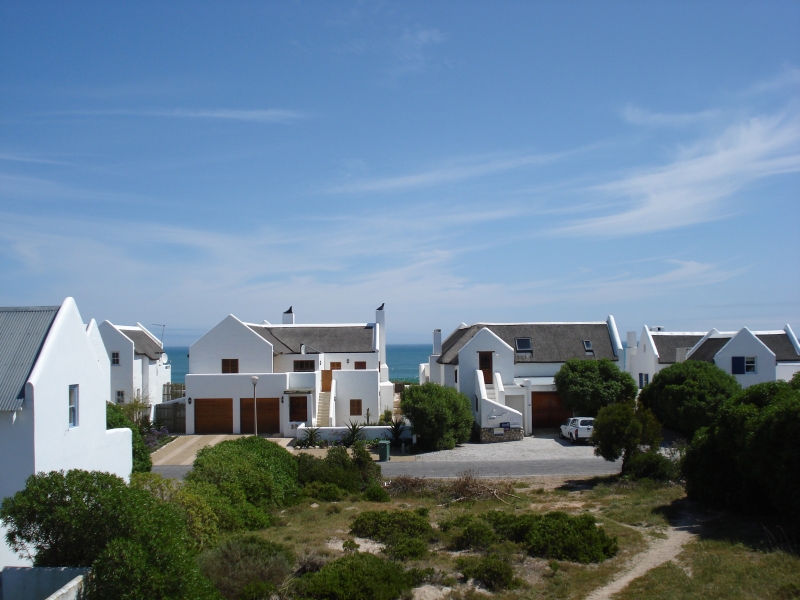 The beach is breathtaking, the sea with its enormous boulders and brightly coloured fishing boats inspiring, and the collection of white walled houses, most built in keeping with the original fishermen’s cottages, if a tad bigger, are tasteful and inviting. It’s quaint, unspoilt, and an invitation to stay a while, if not longer. It’s also popular. Understandably.

We follow directions to Hocus Pocus, our home for the next couple of nights.

It’s on the far west side of Paternoster, where the neighbourhood has a little cove of beach of its own – you need to walk or drive into the main village with its pubs, restaurants and nostalgic little shops, a matter of minutes, to reach the main beach – which has its advantages, particularly if its peace and quiet you are after. We’re here ahead of the weekend gathering and the town is relatively quiet. 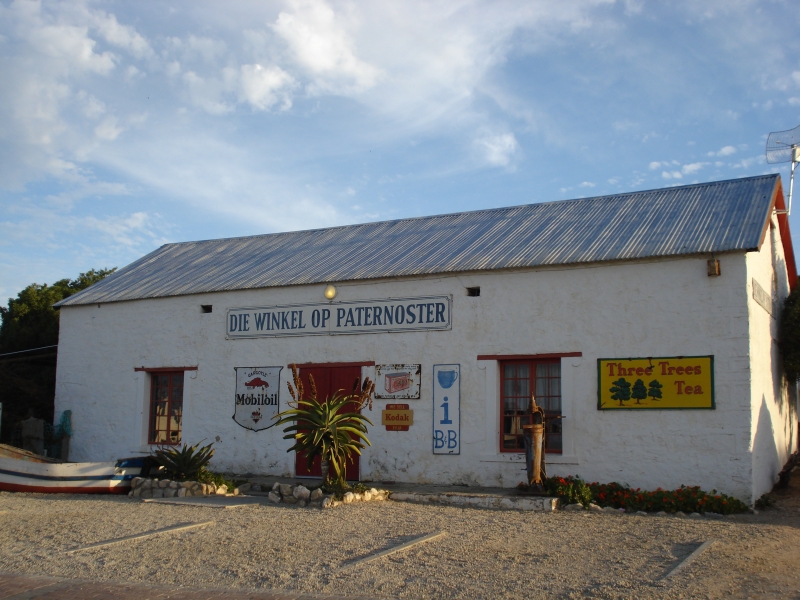 Hocus Pocus, as its name suggests, is an eclectic, eccentrically yet charmingly decorated little home that is easy to be in. Curtains float effortlessly in the breeze, local artists’ art dominates the walls, and the loft bedroom upstairs has gorgeous views over the sea.

Our landlady, who lives next door, and whose garden is littered with thing like ballet shoes and giant sunflowers, has left it prepared for us – the odd window open and pretty fairy lights and strategic lamps left on to create an ambiance of welcome. 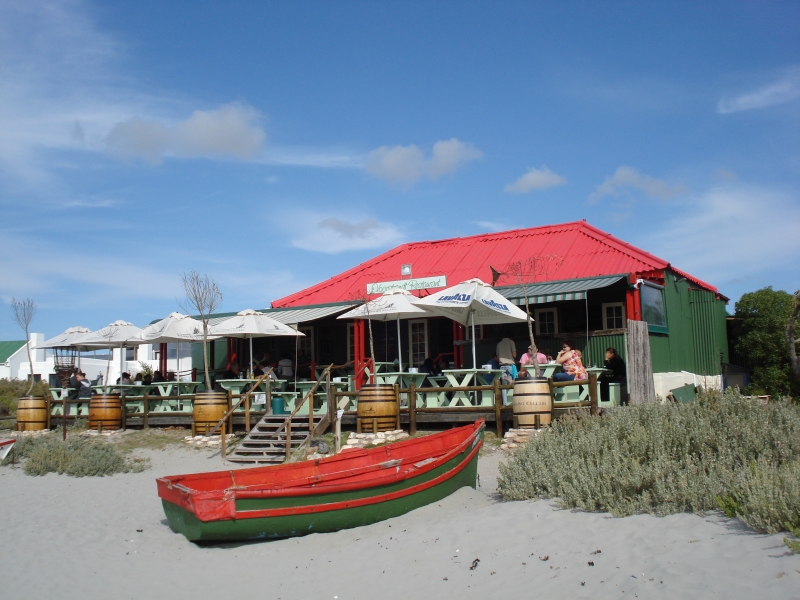 The beach is a stone’s throw from here and we wend our way through the paths and roads of this end of Paternoster, grateful that one doesn’t have any six foot walls and electric fences to contend with. The beach is practically deserted, except for long pieces of kelp and shells by the dozen.

The sound of the water lapping on the shore lulls me into a state of contentment faster than any manmade relaxation on offer. Ah, I do like to be beside the seaside.

The next day brings with it the sun and the clouds largely dissipate. I head out to hunt down a freshly baked loaf of bread, and am in for a pleasant surprise as the local supermarket is more than obliging. They also provide an obviously demanding clientelle with a range of deli type foods, what looks like quality fresh meat, and other unexpected staples. Our just-out-of-the-oven ouma loaf lasts moments as I treat us to French toast. 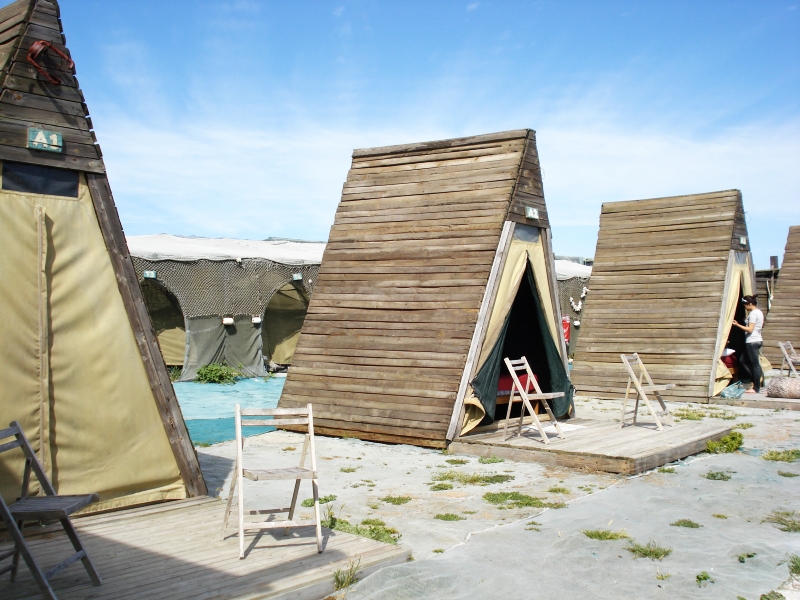 Whilt on the subject of food, I remember that one of the restaurants is run by Suzi Holtzhausen, and quickly phone Gaaitjie (it’s right on the beach, and our landlady has conveniently left a number of local numbers tacked to the fridge) to reserve a table.

But they don’t serve anything vaguely resembling fish and chips, and we have a four-year old in tow who, naturally, rules the roost. Later I see Suzi with a film crew on the beach at sundown, doing her thing for the camera, so it’s probably just as well that we forego our evening of gastronomic delights for another option. 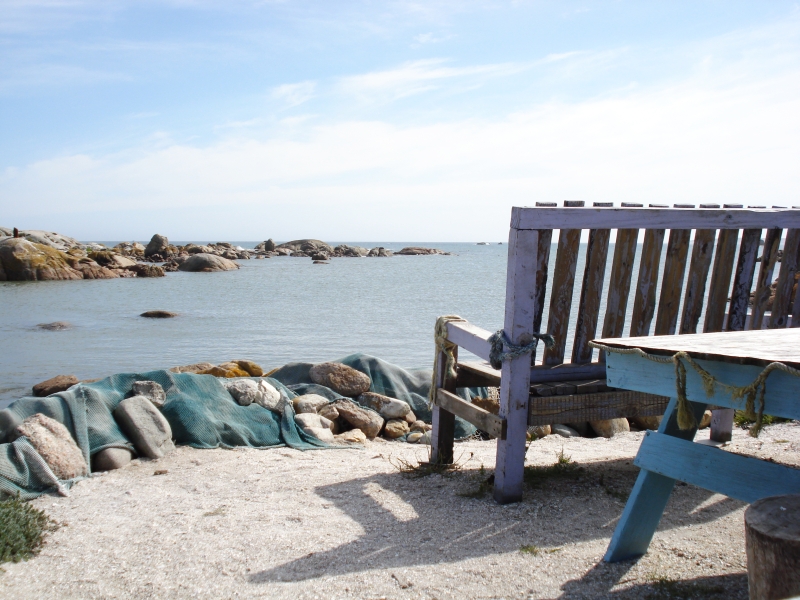 We end up at the Voorstrandt Restaurant, right on the beach, instead. Moments before, we pass a fisherman on the beach, his catch on the sand before him as he guts and prepares it, probably on his way to sell it to someone on the road above the beach.

You would think this might impede on my son’s enthusiasm for fish, but he tucks in with visible gusto, despite the obvious connection between what we’ve just seen on the sand and the subsequent plate of fish and chips that makes it to the table. Not quite a vegetarian, then. 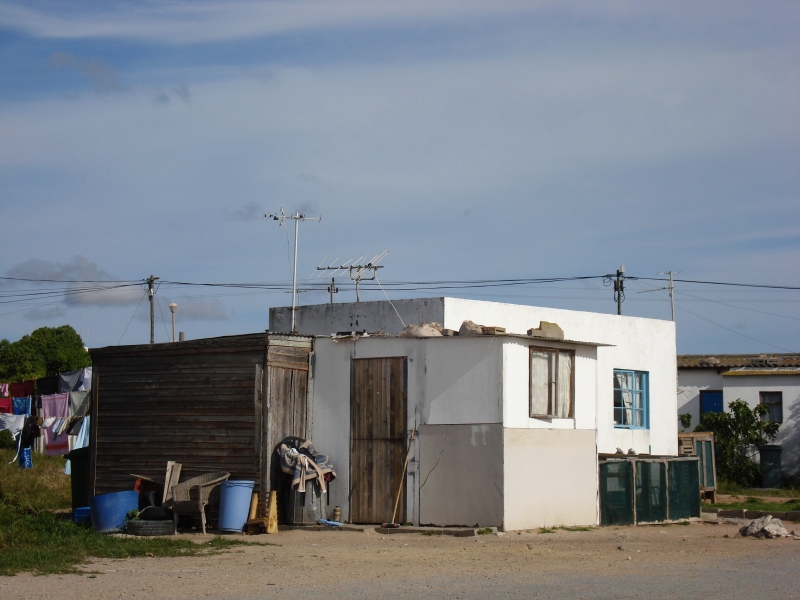 We spend hours combing the beach for shells, strolling the main beach that goes on forever, and photographing the locals. We explore the other side of Paternoster too. This eastern edge is known as Mosselbank, and it’s obviously the more modern and recent part of the village, minus the old fishermen’s cottages.

I’m not that enamoured. Most people who stay here though can walk from their home along the beach to the Voorstrandt, which has its upside, I suppose.

With every trip there is always a welcome discovery, and this one is the following day as we drive through Cape Columbine Nature Reserve, west of Paternoster. The pretty reserve has a lighthouse as its fulcrum and gorgeous nooks and crannies at the campsite towards the far edge of the reserve.

Part way though, is the beach camp – a privately owned series of bedded tents, A-frame huts and camping gear with seafood dinners, for those who want to do camping in style. 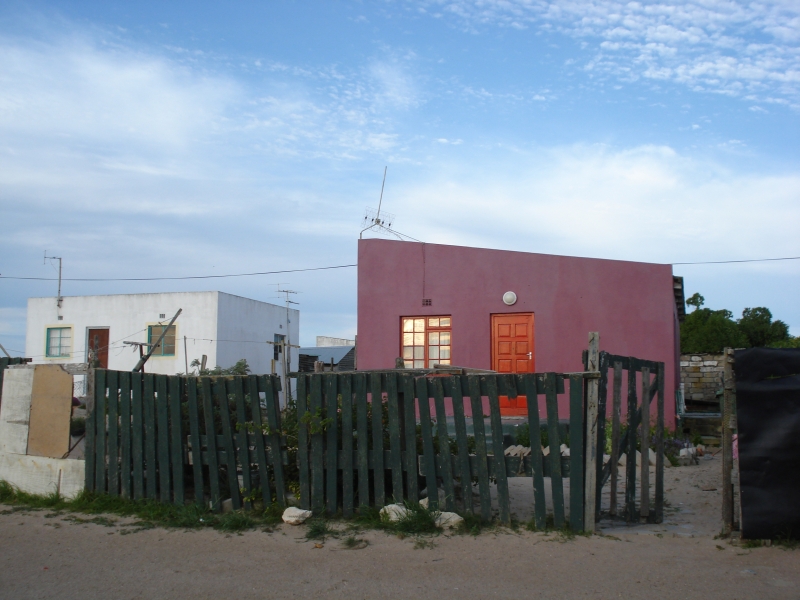 We meet Freedom (he is experimenting with the name change), the self-confessed professional beach bum, who runs the show. I take time to snoop as he shows a couple of  people around. The campsite, right on the edge of the water in a next to sublime locale, is well protected from the wind.

Most of the tents and A-frames take two people, but there is one 3-man tent, I note (perfect for us and our four-year old).

There are showers, a hand basin, which might be dark and dingy if it weren’t for the pretty gas lamp, and a compost loo (possibly the reason why the interested party have just beaten a hasty retreat; it’s not for all), which means that the camp’s eco footprint – they use gas for their other needs – is probably negligible. 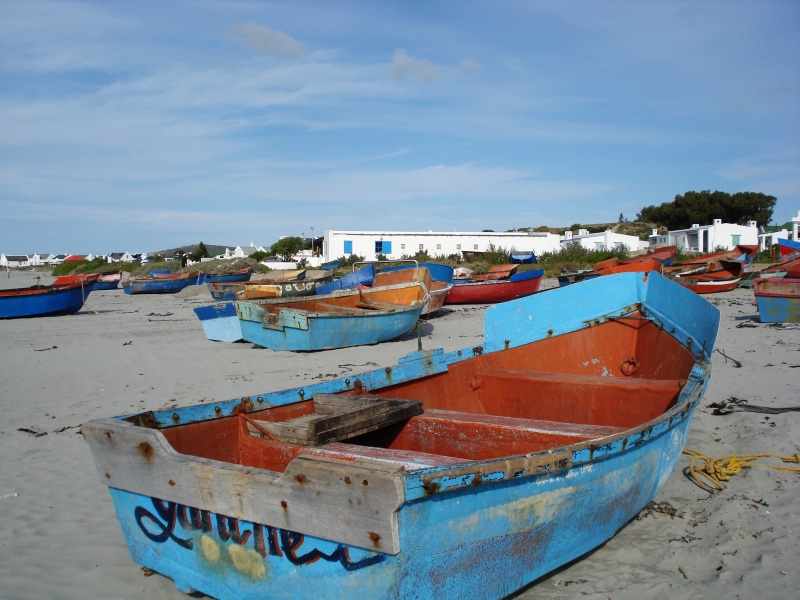