You are here / South Africa Travel News / Destinations / Western Cape / Penguins in Cape Town: 2 places you can see them when you are here

Now reading: Penguins in Cape Town: 2 places you can see them when you are here

The African penguin: cute little guy with a funny gait, black feet; really graceful in the water; endangered and in rapid decline. All the more reason to see them, whilst we can.

Despite the peculiarity of penguins in Africa, they’ve actually been here longer than we have. Due mainly to the Benguela Current. Ten islands and two mainland sites in the Western Cape support the African penguin along the coastline. Whilst a further six islands in Algoa Bay support them in the Eastern Cape…

Did you know? January 20th is Penguin Awareness Day 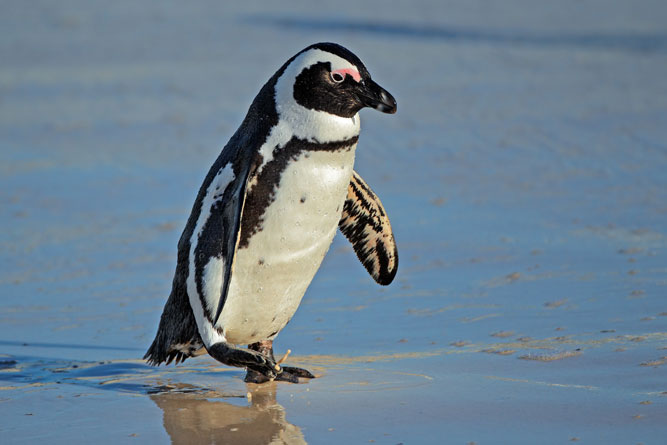 But if you want to see them – get up close and personal with them – there are actually two mainland sites in the Western Cape that afford you the privilege (world wide there are very few mainland penguin sites, so we’re lucky) – Stony Point and Boulders Beach. 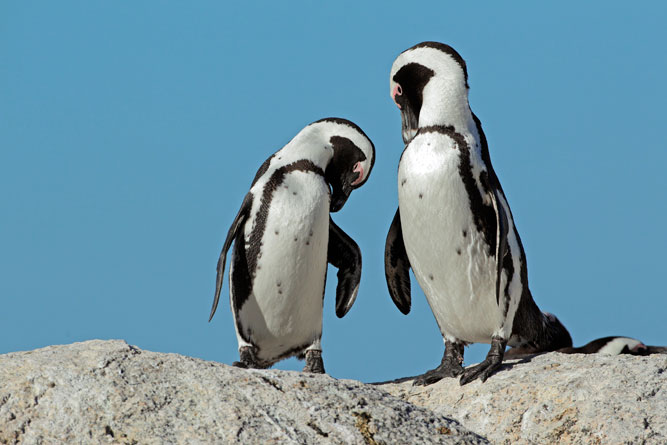 So here they are: Penguins in Cape Town: 2 places you can see them when you are here …

Boulders Beach is probably the best place to see penguins. Actually, you do a lot more than see them, you can even swim with them, if they will let you.

Just outside Simon’s Town in Cape Town, this is a famous penguin colony that lives in amongst the enormous boulders (hence the name). There are a series of boardwalks that take you within metres of the birds and Table Mountain National Park has done as good a job as they can to keep both the penguins, and visitors, safe.

But at certain times of the year it’s a bit of a squeeze here, and you have to pay to get onto the beach. Head off next door to Seaforth beach and you will see penguins too, just not nearly as many. But it’s free and not always as crowded.

Tip: get down to the beach early in the day before the crowds, or visit off season 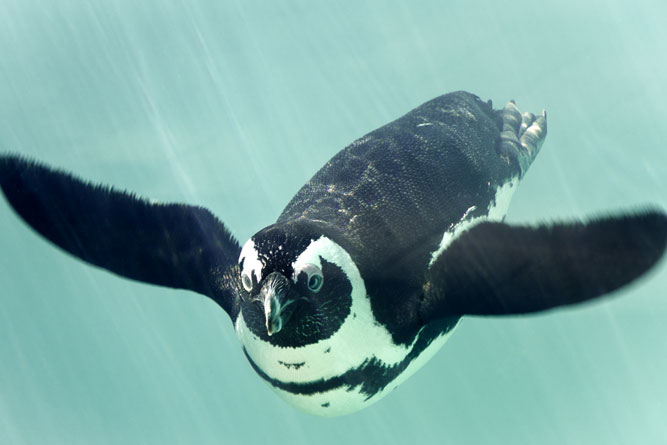 Just over an hour’s drive from Cape Town, Stony Point is at Betty’s Bay, the seaside village just off the scenic R44. It is quieter and less touristy over this side of False Bay, and it’s a little more rustic too, but the old whaling station is unundated with penguins and you can walk right in amongst them along a boardwalk. There is a moderate fee involved.

For more about the African penguin visit our penguin route pages on SA-Venues.com – The Penguin Route

Did you know? African penguins have brilliant underwater vision, but on land they are nearsighted. See more “Facts about African Penguins“. 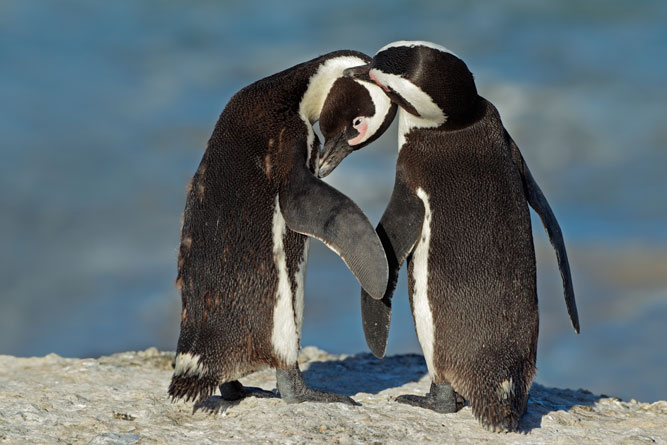