We had an early start to Saturday morning; 4.30 to be precise.  After the confusion of finding the correct road for our trip to Darling two weeks ago, a bit more forethought had been given to this journey and although we left ten minutes later than planned at 5.10am we made up good time and hit the highway with ease!

We were off to Robertson for Miles of Smiles 10km and half marathon races.  We arrived in the Route 62 town with plenty of time to spare and made our way to the registration area; I’m very pleased I was a spectator because even at 8am the air was very fresh and I did not envy the runners in their Polly-shorts and vests! 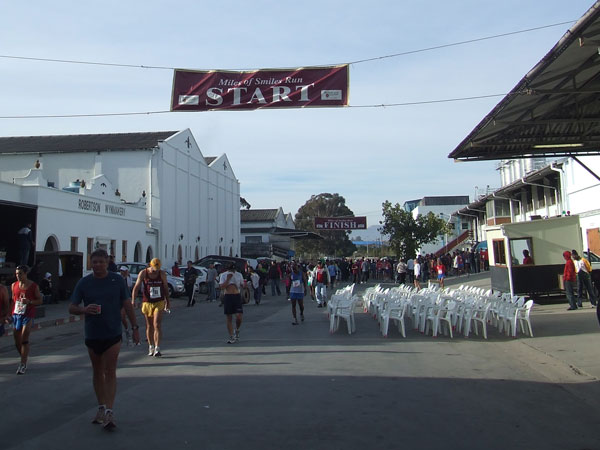 The races started and ended at the Robertson Winery with more people taking part in the half marathon than in the 10km route.  It was a great, relaxed atmosphere … in fact so relaxed that my friend almost missed the start of his event because we were chatting so much!

While the boys were running I took myself off for a walk around Robertson – there are some fantastic antique shops and on the main road, amongst others, is Strictly Coffee, The Rose of Sharon which sells clothes, jewellery, soaps and other wonderful things.  I wandered into Lucca – a shop with beautiful bags, crockery, sweets and other odds and ends in the front and a coffee shop (serving freshly baked breads and cakes) at the back. 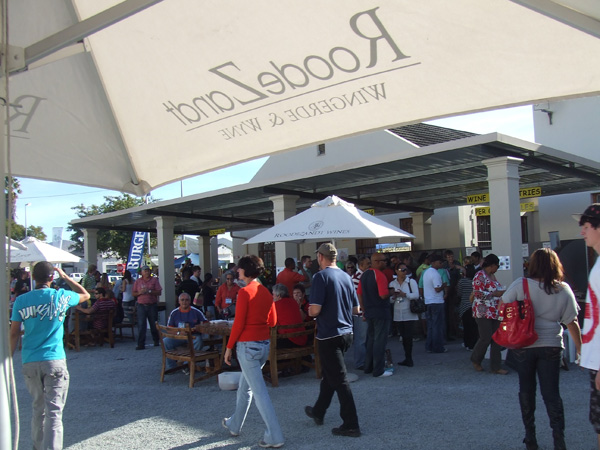 I loved this shop – we had a savoury muffin (served with camembert, blue cheese and preserves) and an Illy coffee here after the boys had finished running and it was simply delicious.  The interior is so pretty with striped wallpaper and old rustic wooden tables to sit at.  Jugs of roses are placed on the tables for that extra touch.

I’d heard so much about the Robertson Farmers Market and being a big fan of a market was really excited about it but ended up being disappointed.  There were probably no more than twenty stalls and it was not a farmers market as I’ve come to expect.

One stall had aprons for sale, a few had the customary preserves and fudge, one had olive oil, another was selling collars and leads for dogs and another second hand books.  I don’t mean to run the market down but I just expected more.  That said we stopped here towards lunch time and enjoyed probably the best samoosa I’ve ever eaten – and I grew up in Natal, home of the samoosa!  They were golden, not too doughy and fried to perfection! 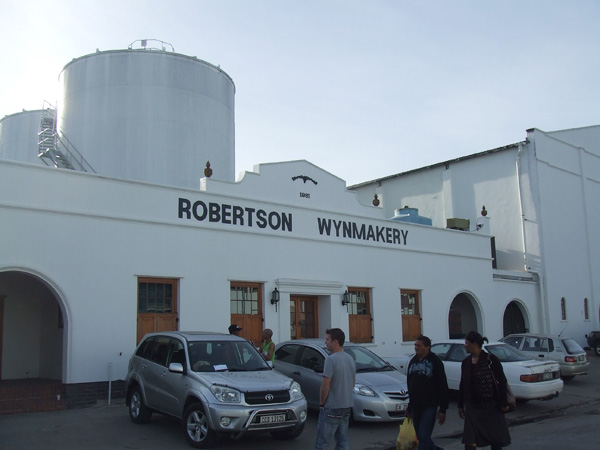 After we’d lined our stomachs with about six samoosa’s each we started on the wine tasting – after all it was the Wacky Wine Weekend.  We had our ‘passports’ (purchased for R70) around our necks so with wine glasses in hand we started quaffing.  I’m by no means a wine connoisseur but there were some very palatable vintages on offer and with some of the bottles sold for as little as R25 a weekend trip back to Robertson is well worth it.

It seems everyone enjoyed themselves … especially the students sliding down into a plastic porta-pool full to the brim of red wine!  Oh to be a student again!

After watching the Springboks vs Wales game on the big screen we called it a day and headed back to Cape Town. 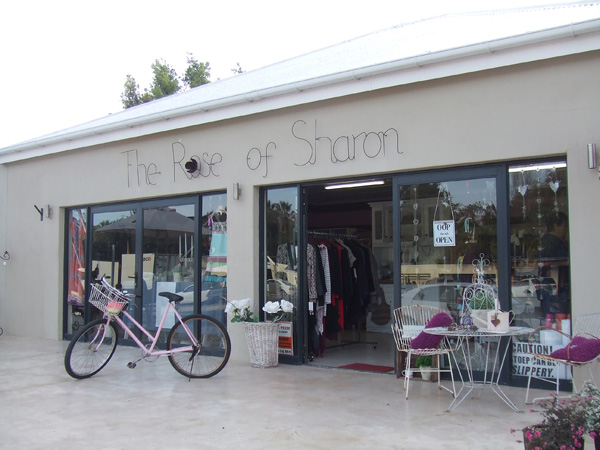 At 160km from the Mother City the drive to Robertson is not an over-the-top drive but after being up since 4.30am the journey home was one that would have been better left until Sunday.  Next year we will be more organised and will book a place to stay for Saturday night.

All in all though it was a great day and well worth making the effort for.