Now reading: Route 62 – The longest wine route in the world

Route 62  is modeled after the iconic US Route 66, made famous by the late, great Nat King Cole in the eponymous song of the mid 20th century. Travelers headed for the fabulous Garden Route will find that Route 62 offers a better alternative to the dull N2 motorway between Cape Town and George, being much more scenic and slightly shorter. This well-maintained blacktop highway meanders from Worcester, by way of the Breede River valley, through Robertson, Ashton and Montagu, then the Klein Karoo landmark towns and thence on to George and the Garden Route.

The road follows winding and spectacular mountain passes that slowly unfold before your excited eyes, leading to lush green valleys hosting crystal streams and framed by the distorted geological shapes and startling colours of rock faces dating from hundreds of millions of years ago. 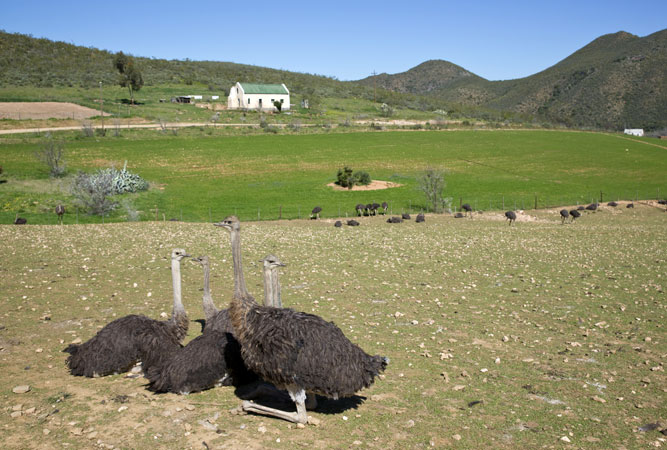 Then there is the abundance of indigenous flora, with the succulent species making a particularly significant contribution to your enjoyment. No fewer than 500 different species of succulents are to be seen along the Route. Orchards and vineyards are there in abundance, too.

Indeed, the main highway traversing this fascinating land, Route 62, is reputed to be the longest wine route in the world. And keep an eye on dams and wetlands for a chance to spot the Blue Crane, South Africa’s national bird and an endangered species often visible along Route 62.

The Breede River rises somewhere near Ceres, up in the mountains across the N1, the main highway between Johannesburg and Cape Town. The heritage of the region is manifest in wineries (some 27 in Robertson alone) and deciduous fruit orchards. Gem of the towns along the way is Montagu, famed for its beautiful old houses and hostelries in Cape Dutch and other 18th and 19th century architectural styles. 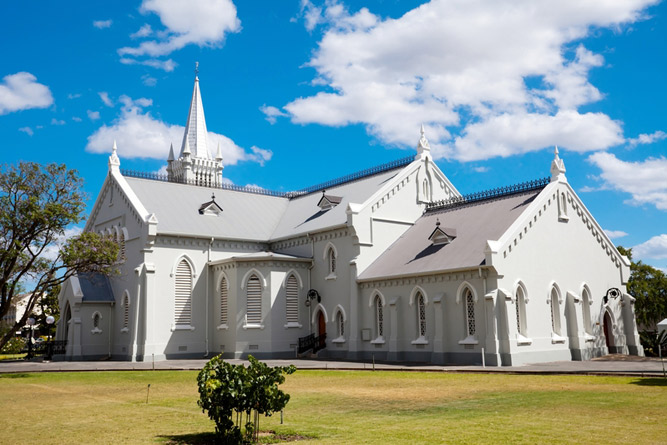 Don’t be in too much of a hurry – a day or two researching the region with the help of the ubiquitous tourist information bureaus will be well rewarded by the beauty and fascination of the scenery, architecture and landscapes you will encounter. Robertson is a must for at least a couple of winery visits, Graham Beck Wineries being one of the best known.

Find time to make a couple of detours, one of which should be McGregor, up in the mountains south of Robertson. Founded in 1861 to benefit from expected passing trade, the mountain pass it was supposed to guard was never completed, with the result that time seems to have stood still in this quaint 19th century village.

Approaching Montagu from the west, Bain’s tunnel, really a dramatic hole in a rock wall, provides a striking entrance to the town. Enjoy the old houses, most of them immaculately maintained, and consider visiting the hot springs on the far side of the town. The Centenary Nature Garden in Van Riebeeck Street is worth visiting in spring.

The Klein Karoo is an important sub-region of the World Heritage Site known as the Cape Floral Kingdom. Klein Karoo means ‘little desert’, an arid region that is interrupted every forty or fifty kilometers by fertile valleys bisected by streams that enable orchards and vineyards to flourish.

The region begins with Barrydale and extends to De Rust, by way of Ladismith, Calitzdorp and Oudtshoorn. And the little town of Calitzdorp is its heart. Indeed, you would do well to make this charming village your headquarters for a two- to five-night stay to enjoy all the region has to offer. 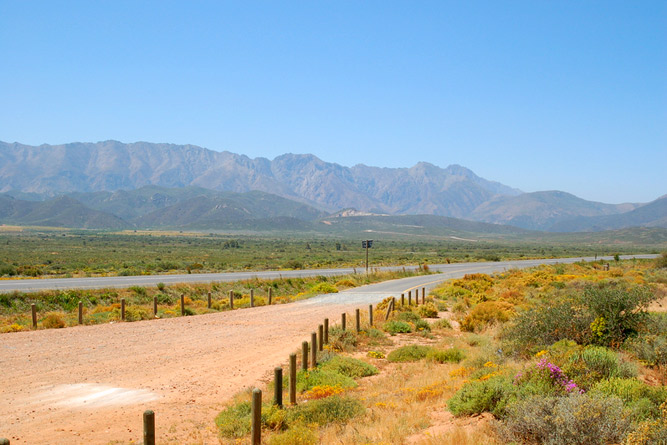 The Klein Karoo has a spectacular landscape fashioned hundreds of millions ago of years ago by water and geological upheaval. Its flora ranges from lush greenery in the river valleys to ground-hugging, hardy Karoo plants in the open veldt, including the largest number of succulents on earth. The region’s astonishing geological shapes and formations are home to the famed Cango Caves, a series of spectacular caverns fashioned over millennia by the seepage of water through porous limestone rock.

At night, the Klein Karoo skies provide a stunning display of light virtually unknown to dwellers in the Big Smoke, including the Southern Cross, Orion and the awesome Milky Way in its infinite magnificence. Indeed, the Klein Karoo credibly challenges Montana as ‘big sky’ country.

The magnificent Swartberg pass and the hamlet of Prince Albert: ostrich show farms; hot air balloon rides over the parched landscape; the spectacular Redstone Hills, Meerkat Magic valley, where visitors can interact with an entire colony of meerkats almost within arms length; and fabulous Meiringspoort pass, where for ten glorious kilometers a river meanders alongside the road surrounded by towering cliffs with distorted and misshapen rock faces – these are just some of the ‘must see’ amenities and activities to be enjoyed within easy driving distance of Calitzdorp Country House, your five star accommodation in Calitzdorp, Heart of the Klein Karoo. 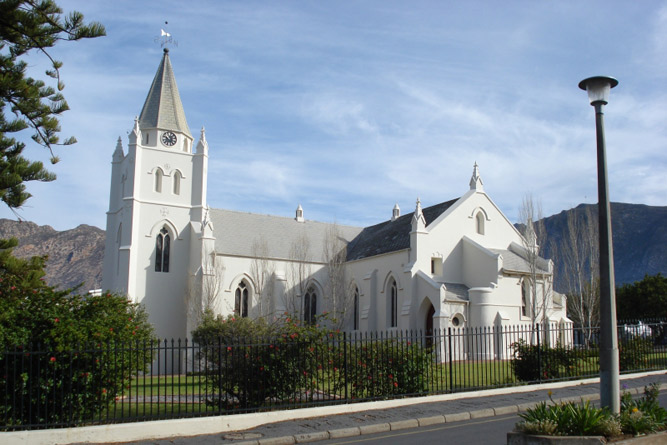 A sample itinerary for those traveling eastwards through the Klein Karoo

take a tea-break at one of many good cafes on the R 62 in Barrydale, but don’t waste too much time in the village – not a lot to see, apart from the Heritage Garden with its collection of succulents so varied that practically every time you visit there will be different species in bloom, keeping your visit ever new.

Around 24 km outside Barrydale is one of the most famous pubs in the world – Ronnie’s Sex Shop – stop for coffee or a drink and hear the story of how Ronnie’s got its name. The pub has often been featured in local and foreign magazines and on TV in Germany and other EU countries.

Now on to Ladismith, another stunning mountain pass, Huisrivierpas, then check in at Calitzdorp Country House and savor that candlelit dinner they specialize in. 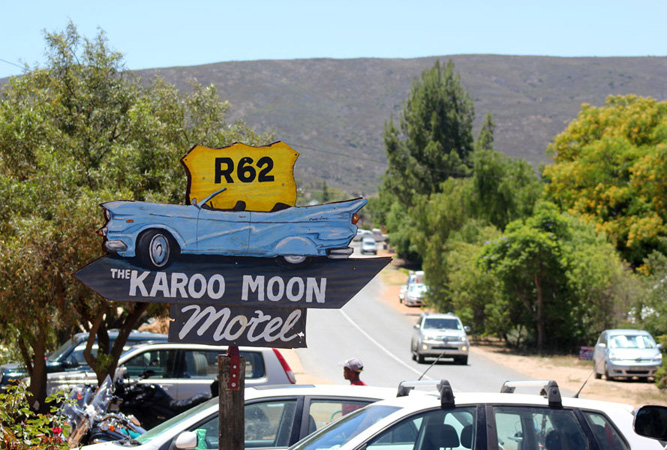 two of South Africa’s most spectacular passes in a single day! Drive out of your Karoo guesthouse, turn left and continue past the Nels river dam and into the Groenfontein valley, traveling through the Swartberg foothills. Take a break for tea at the Ou Meule just past the Kruisrivier road on the left. You can see fine examples of the regional architecture along the way.

Now take the sky-topping Swartberg pass (another Thomas Bains triumph of 19th century construction), and make those you left behind envious by taking your time, making plenty of stops and clicking lots of photos before you descend into quaint Prince Albert. There is much of historical interest at Price Albert, including weavers and the museum. Lunch there in leisurely fashion, then back to Calitzdorp the long way round – via Klaarstroom, Meiringspoort, De Rust and Oudtshoorn.

Meiringspoort is the second of your ‘double whammy’ of passes for today. Equally spectacular – but this time low level – Meiringspoort pass, where for ten kms and more the road goes courting a meandering stream through towering cliffs, distorted with the fractured evidence of prehistoric upheavals. Drive carefully, and you will be amazed at the curious baboons that follow your journey with seeming great interest: but it’s just cupboard love, so don’t feed them, please! Allow yourself time to look at the pretty village of De Rust and perhaps take tea or coffee there.

On towards Oudtshoorn, but look out for the wondrous ‘Ostrich palace’ on your left on a rise after a bridge over a little stream. It has been beautifully restored and is also worth a pic or two. No time to sightsee Oudtshoorn today, we’ll go there tomorrow.

A brief 30 minutes the other side (look out for tortoises crossing the road) and you’re home at Calitzdorp Country House, ready for a swim and beer, a G & T, or even a bottle of French champagne beside the pool, watching yet another Karoo sunset so beautiful it’s almost a cliché. 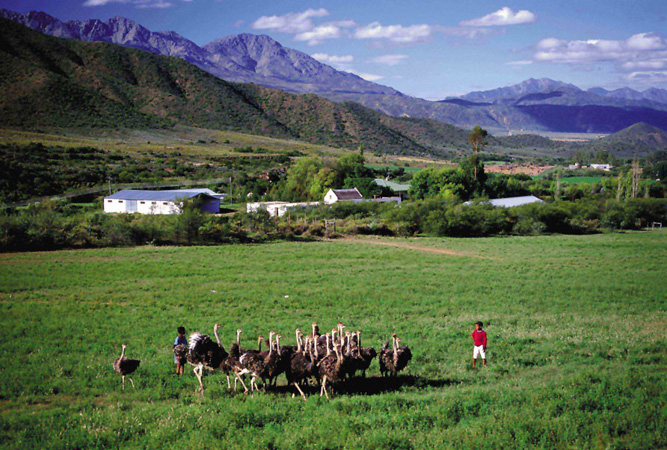 It’s day three, so take the R 62 again, then set the tone for the day by turning left after 14 km at the Kruisrivier sign. This puts you on a good dirt road to see the beautiful and unique rock formations known as the Redstone Hills. These Enon Conglomerate deposits were dumped up against the mountains by the sea some 125 million years ago. Turn right at the sign for Prince Albert and the Cango Caves. Guided tours enter the caverns at regular intervals to display electrifying visions of stalactites and stalagmites.

Now return to Oudtshoorn and lunch at Jemima’s or Kalinka, virtually opposite each other on the main drag, Baron van Reede Street. Great range of curios and craftwork at Bushman’s Curios also in the main street. Get a map from the local tourist office and visit the CP Nel museum, then Langenhoven’s home, Arbeitsgenot, and stroll among the lovely old sandstone buildings.

On your way back to Calitzdorp, note the sign left of the highway indicating Highgate and Safari ostrich farms. Both do tours for visitors. Ten to fifteen km out, be sure to look out on the right for the ‘Greylands’ house, a copy of the old ‘Volstruis Paleise’ (ostrich palaces) built from the bounty of the belle époque years around 1900, when Oudtshoorn feathers and skin were fashion essentials in London and Paris. 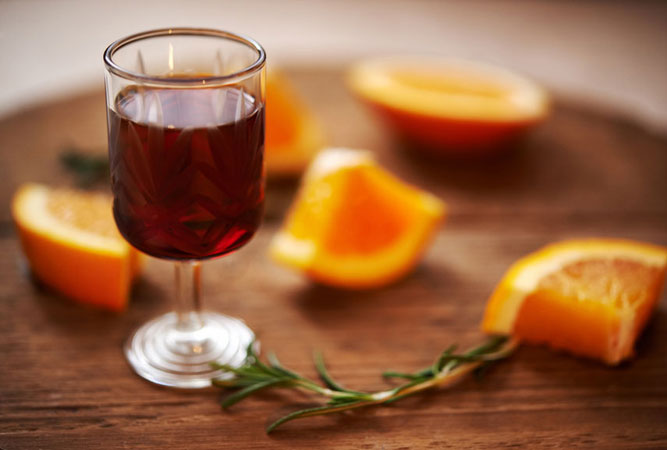 Narrowing scenic drives in South Africa down to ten is not easy. Just the mountain passes in each of the provinces would leave you speechless for months (the Swartberg, Sani and Bainskloof passes in particular). And so we've selected a number of longer rout...