Now reading: A walk at Silvermine – so much more than a breath of fresh air

Beautiful Silvermine nature reserve forms part of Table Mountain National Park and hugs the greater part of the Cape Peninsula mountain range from Constantiaberg to Kalk Bay. Whilst most Capetonians know gate one – on the right-hand-side of Ou Kaapse Weg when travelling towards Fish Hoek – very well, where one can picnic, walk around the dam or join the hike to Elephant’s Eye, fewer people know that there is also a second gate on the left-hand-side on Ou Kaapse Weg when travelling in the same direction.

For those with any sense of geography this is also known as Silvermine east, but since I struggle to distinguish my right from my left on a good day… Suffice it to say it’s on the other side of the road as you come around a bend, so look out for the left-turning arrow that indicates that a road joins Ou Kaapse Weg, and you shouldn’t overshoot it! 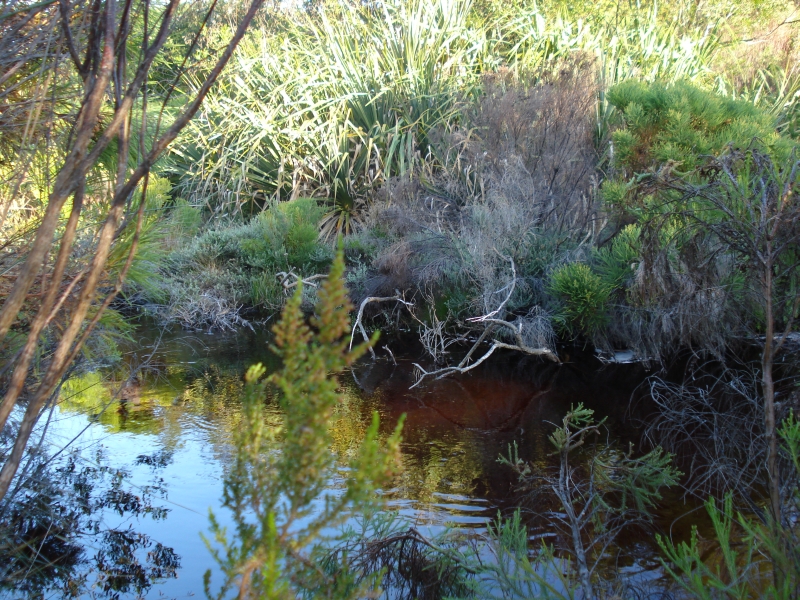 And you’ll probaby need a map, if you want to find the little pool that we missed.

This part of Silvermine has two advantages. One: it isn’t as well known as gate one, although there are a fair number of people who will pass you by on the path, but you won’t have to fight the crowds the way you can at gate one on a lovely weekend. Two: if you are with children you reach streams and pools pretty early on in the walk, so there are rewards for little feet right from the word go.

Walking in Cape Town at the beginning of winter is simply sublime. When the sun is out (and this is rather imperative) the days are incredible, as are the views. We had left our walk ’til pretty late in the day but the combination of sky and fynbos was breathtaking. All around us was the sound of gushing water, not surprising given that it had rained solidly for about four days! But unexpected was the odd burst of colour in amongst the fynbos, as little pink, mauve and yellow flowers emerged. I had thought these were an indication of spring? 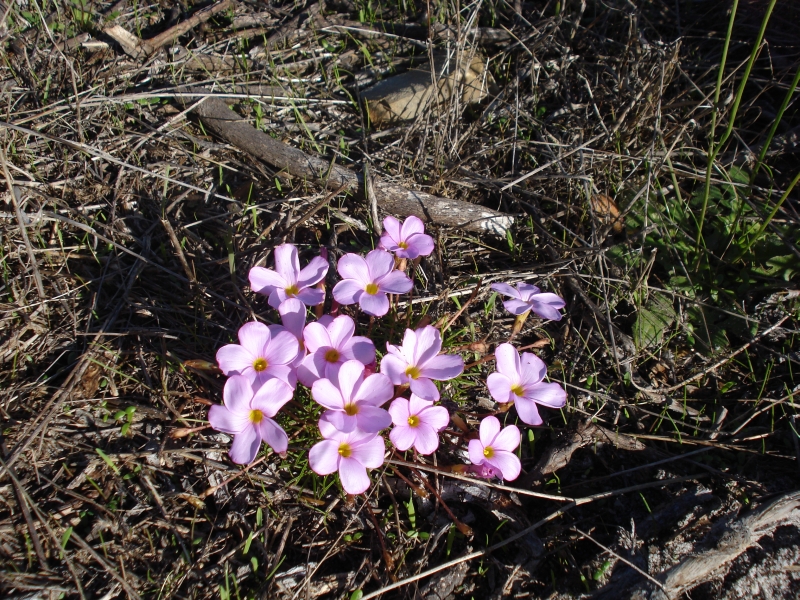 And the sky was an intense turquoise, the clouds stretched as if a fine linen beginning to show the strain of stretching across a table or window too large. Against this, the mountain peak (more like a hill) before us looked incredible, and as the light began to wane, the sight of trees, fynbos and birds, including a sunbird that allowed me to get really close to him, provided beauty so intense it was difficult to take it all in.

Perhaps it is because I am so aware of the threat under which all of this beauty finds itself. Cape Town is a biodiversity hotspot, which, although this might sound like a trendy marketing term to lure visitors to the city, actually means that most of its flora is threatened with extinction. Seventy percent of the fynbos we see whenever we’re on a walk is endemic to the Cape, which means it is found nowhere else on earth.

The Cape floral kingdom, of which the fynbos is a part, is the smallest of the world’s six floral kingdoms. It’s also the richest per area unit. What all of this means is that, with climate change and the constant threat of development, we’re going to see more and more of this delicate plant world disappear. It’s sobering… 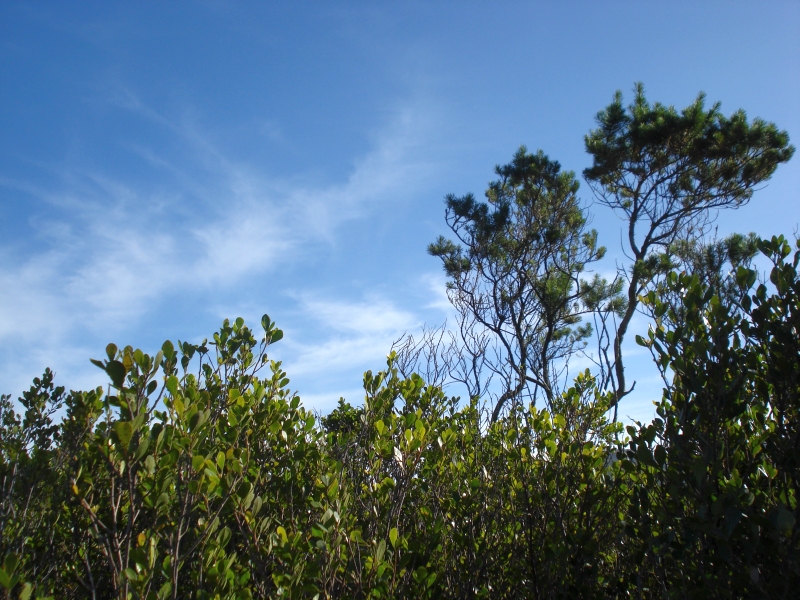 The wonderful thing about hiking at Silvermine is that there are a number of gentle hikes on this side of the reserve. What’s more, you can get ‘away from it all’ pretty quickly and the sound of traffic from Ou Kaapse Weg is soon muted by the sound of water from the gushing streams, or simply because you’ve headed far enough away from the main road that you no longer hear it.

For those with children this is ideal. Best of all there are kilometres of trails that explore the mountains between Ou Kaapse Weg and Kalk Bay, St James, Muizenberg and Fish Hoek, without having to slog up from Boyes Drive.

Here you’ll find numerous caves – a hundred or more, if that’s your thing – and pools – Maiden pool, Junction pool and Nellie’s pool. There is also a walk to the amphitheatre, which you can also walk as part of a circuit from the reservoir at gate one, which, despite being three hours, is an easy, gentle walk.

From gate two you can also access Echo valley, just above Kalk Bay, and, if you’re very energetic, walk all the way across to Muizenberg peak, where the views over False Bay must be gorgeous (not that I can say this from experience, mind).

Our walk was trifling in fact, by comparison to the network of trails along which you could wander for hours, but the issue for us wasn’t the exercise so much as the exploration, time out, and drinking in the views. 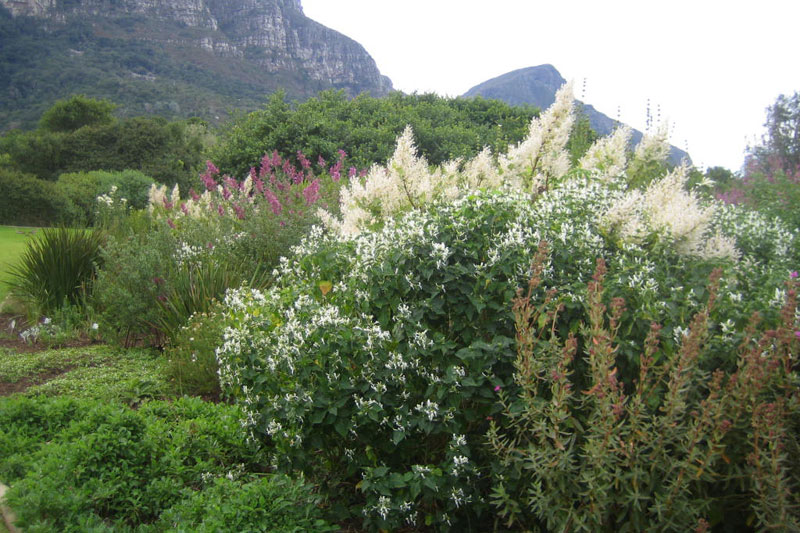 Our destination, because we had little time before sun down, was Maiden pool, but you’ll need to be on a sharp look out as it’s fairly difficult to find (if indeed this was the pool we uncovered) and unmarked so far as we could see. Ahead of you remains the waterfall, in full flow on our hike due to the rains.

It was only after our nibbling on crunchies and fruit and deciding to pack it all in as the day was soon ending that we stumbled across the pool on our way back to the car.

This isn’t the end of the story, however, we’ll be back to explore this part of Silvermine further.