On the corner of Main Road and Van der Stel Street in Darling, just as you begin to leave town behind and become slightly antsy about perhaps having missed the venue entirely (we had selected the venue from the latest Time Out CT Weekend Breaks), you catch sight of the pretty little Victorian-style home on your right.

The venue has apparently been here for a while, although it’s only been known as Simoné of Darling for the past three years or so. Before that it was a farmstall. Simoné greets you as you walk through the bright and breezy entrance – it’s as if you’ve just come through someone’s front door. Particularly as she’s your unassuming girl-next-door type. 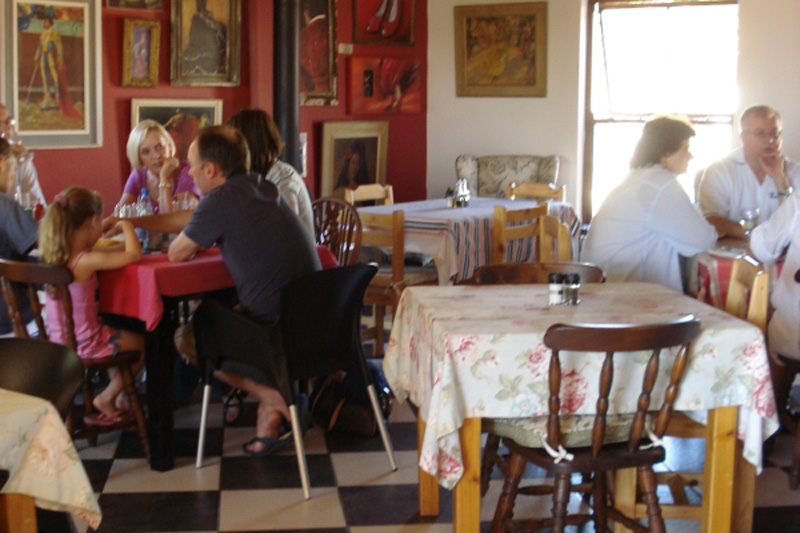 The house has been prettily decorated – Simoné describes it as comfortable yet stylish – and the combination of the typical French black and white tiled floor, occasionally lavish red wall dominated by bright art works, quaint, modern armchairs around what will be a rather welcome fireplace come winter, but on this particular day was unnecessary, a wrought iron spiral staircase, and a rather odd lamppost that gave the entrance a distinctly rakish feel, is nothing new in the restaurant business, but nonetheless works well.

Tables and chairs spill out onto a terrace overlooking a rather scorched grassy garden (summer has been relentless, despite heading into autumn, and obviously Simoné hasn’t seen fit to waste water on the grass – which means she earns brownie points from me – and the roses are struggling) with a jungle gym and swings for kids to use, always a welcome respite for those with the must-move-around generation. 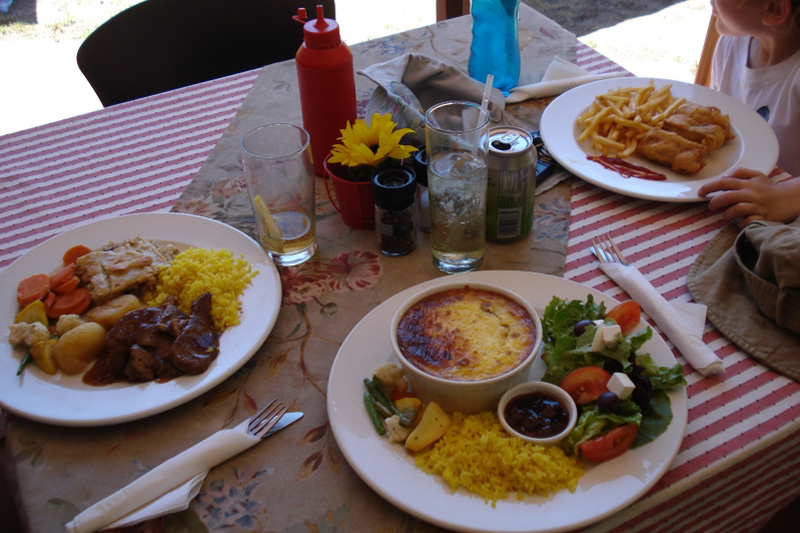 We quickly nabbed a table here and proceeded to study the menus chalked up on black boards, both inside the main restaurant, and on the stoep.

Food is of the hearty kind. There isn’t a huge selection and it is the type of dependable, generous food, with a focus on meat, that locals expect from country fare. We could choose from a Sunday roast, which included succulent lamb, chicken pie, veg and roast potatoes; slow cooked oxtail, beer batter fish (a favourite by all accounts), chicken schnitzel, Simoné’s bobotie, and gourmet burgers (not a salad, vegetarian dish or sandwich to be found – a major grumble on a hot day).

Nonetheless, her selection of desserts more than made up for this oversight (although strict vegetarians might not be so forgiving) – caramel kisses, apple crumble, hot choc brownies and icecream and berry sauce. And I’ll give her full marks for not bowing to political correctness, when it comes to flagrantly serving dishes of the carnivorous kind. 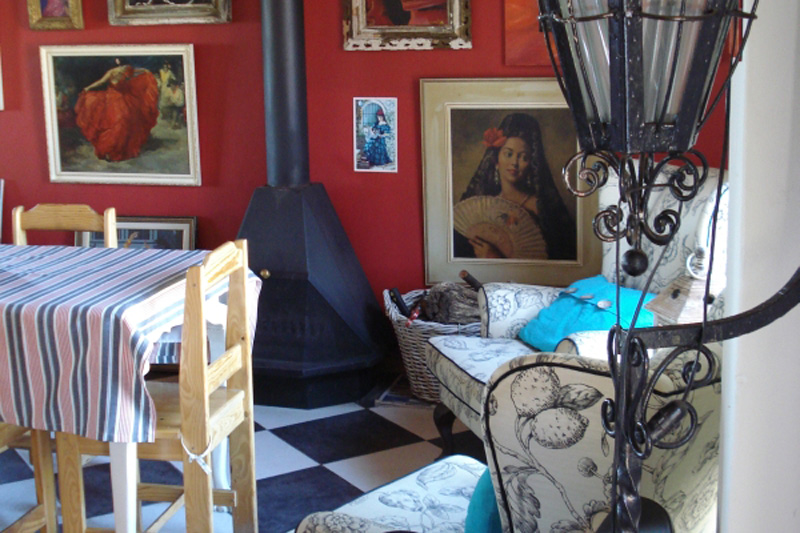 One feels as though one has stumbled into Simoné’s home, and the menu spread is just what happens to be in the fridge. She is really hands-on and serves everyone herself, which only adds to the illusion. It’s the kind of hospitality that is hard to find elsewhere, and only possible in a town called Darling.

Considering that there are only about four eateries in the town of Darling, the standard of food is pretty high – the others are the Bistro (tucked off the main road), the Marmalade Cat (not an option on Sundays), and Evita se Perron (rather inundated).

You can also head out of town to one of the nearby wine estates – Darling has four wineries about which to boast – but only one of them, Groote Post, is open on Sundays, and its restaurant serves strictly between noon and 2pm, cutting it rather fine if you’re wanting to take things as they come. 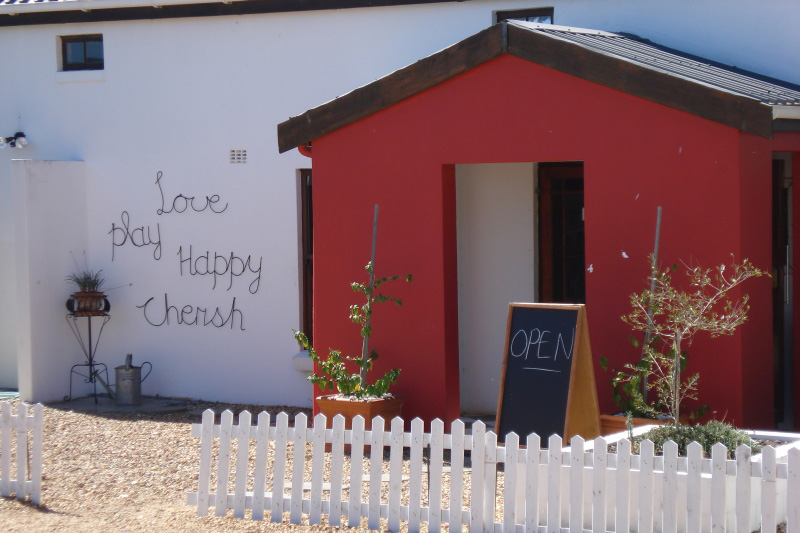 We ordered a Sunday roast, Simoné’s bobotie, and a fish fingers and chips and thoroughly enjoyed ourselves. The roast was tender, the bobotie excellent, and the fish fingers  homemade, succulent pieces of hake (one had the distinct impression they were straight off a boat at nearby Yzerfontein) dipped in batter and fried. Coffee followed.

If you are after a glass of wine, Simoné serves mostly locally produced wines, so expect to see vintages from Ormonde Vineyards, Darling Cellars, Cloof, Tukulu and Groote Post. Because of the long really hot summers, and because of the cool winds that sweep in from the seas, the vineyards produce wines that are said to have a concentrated flavour, not least because of the rich granite based soils, which retain moisture easily.

Darling is not short of things to do post your meal. The Waylands Wild Flower Reserve, when the flowers are in, is just outside town on the R307 en route to the Mamre Moravian Mission, one of nine mission stations along the Cape West Coast that have grown into villages, worth visiting as all of the buildings, now national monuments, date back to the early 1800s. 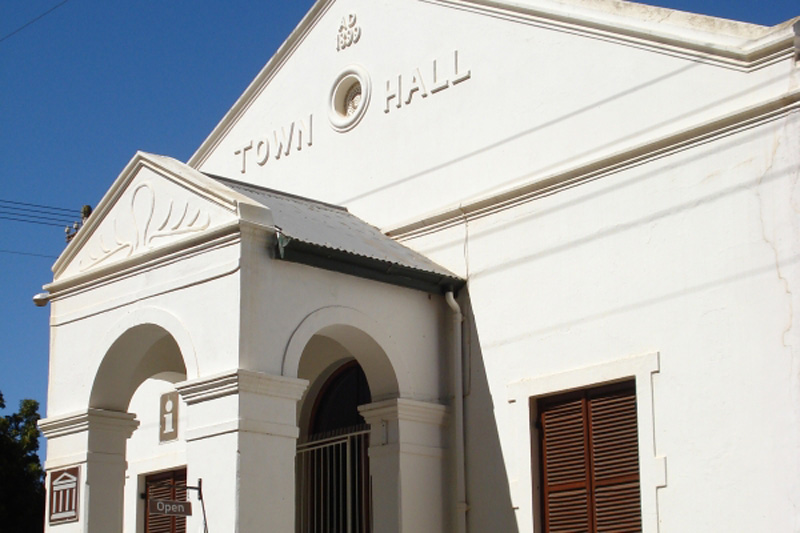 They include the Longhouse, the Old Mill, the Bakery, and two Moravian churches. If you elect to take this route home, you can do Groote Post as well, as it lies almost midway beween the R27 and the R307.

Alternatively, the R315 to Malmesbury takes you via Darling Cellars and Cloof wine estate.

A good day’s outing, a wonderful meal, a Darling of a town. Definitely back again when the flowers are out, we agreed.