Stanford already has its requisite village market on the green, held on the last Friday evening of the month. During summer, I believe, it’s a great place to be. The town is no newcomer to good, local food either and both Marianas and Madré’s Kitchen are well supported by locals and Capetonians, who if the influx of 4x4s is anything to go by, make no bones about using Stanford as their regular weekend and holiday base.

It’s a beautiful town, is Stanford. It’s got everything you could possibly hope for in an Overberg village – gorgeous historical and restored buildings that the local heritage committee have not only individually numbered, but have also included in an Historical Stanford on foot, which you can pick up at the local tourism info (just across the road from the Stanford Trading Store). There is picturesque scenery (bar that riduculous tower right in the middle of town – couldn’t they have put it up on a hill somewhere?), a backdrop of mountains that go on forever, a cheesery or two close by, wine farms, the Birkenhead Brewery, the Klein River and easy access to the coastal town of Gansbaai (and the less well known artists’ hamlet of Baardscheerdersbos – more on that later).

But it was at Stanford Trading Store, whilst chatting to Ansie – the town’s font of all knowledge, and a great contact should you be in need of last minute accommodation in Stanford – that I suddenly become aware that the wee little shop next door is called graze, and that it’s a slow food café. My interest is immediately piqued and I find myself peering in at the window.

Ansie continues to regale me across the verandah about this particular chef’s pane di mare – he makes ciabattas and focaccias of note, using sea water. She is obviously a big fan and waxes lyrical about his pasta, meals (graze is only open on Friday nights and Saturdays) and the fact that he’s an up-and-coming chef. 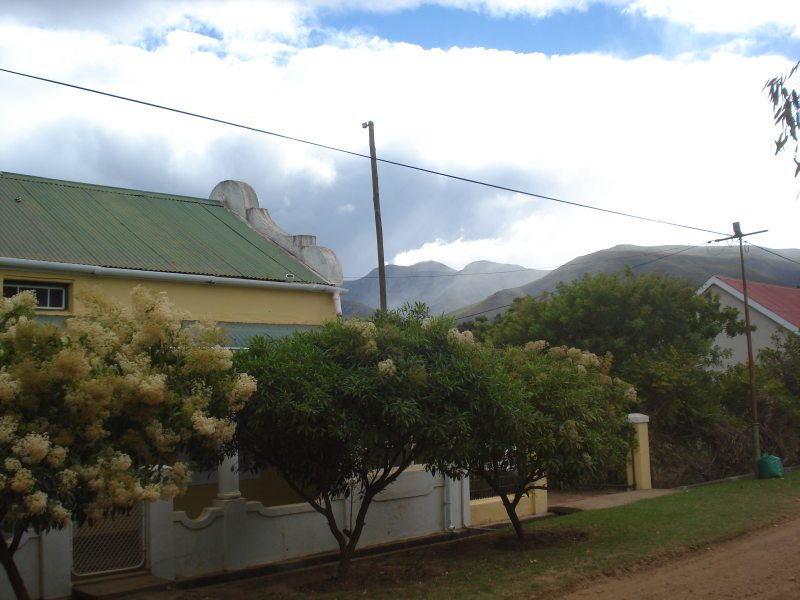 I snap a few photographs, but the doorway and wooden sign don’t tell me much of a story. I later find, when viewing my digital photos more closely online, that Jero is actually there, his back to me, tea towel over shoulder, whilst he cooks up a storm in the kitchen. He and his wife Catch use the venue as often as they can, bearing in mind that they have three-year old twins at home, to experiment with recipes.

But it is only a couple of days later, and quite by chance, that I spy Jero sauntering across the main road from the restaurant to the local Spar in search of celery, I later learn. And I shamelessly track him down – well, I had to do shopping at the Spar anyway.

Jero, whose real name is Jeremy Revett, is thoroughly Italian. I watch as he greets everyone he sees, shakes hands, cracks jokes. In the first few minutes of meeting him I discover that despite being born and bred in Cape Town he’s having a love affair with everything Italian, including his wife, his father-in-law – who also lives in the village, and with whom, up until the shop that is now graze became available, he had been trying to start up some sort of restaurant – and olive oil.

No surprise then that he’s into slow food, given that Italy is where it all began, a movement founded in 1986 by Carlo Petrini as an alternative to fast food (and a bid to keep McDonalds out of Rome). 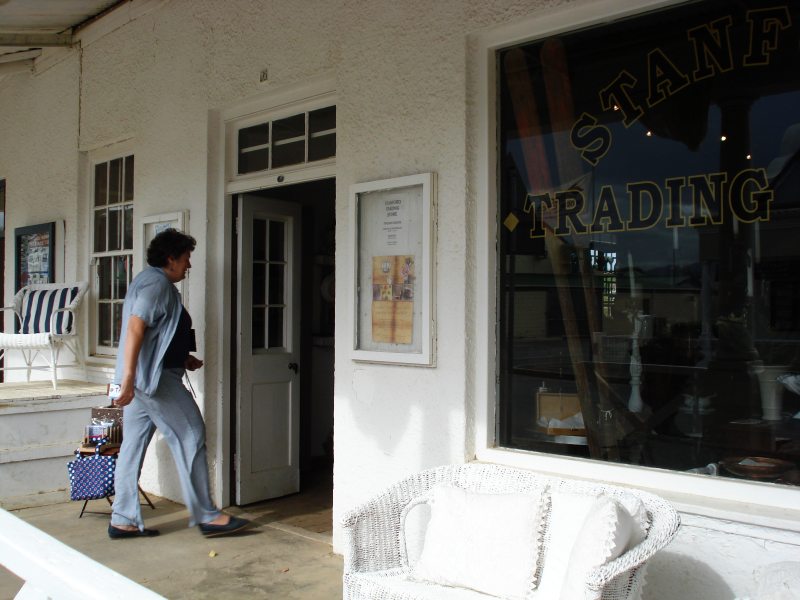 Once he gets talking about food, there isn’t much that can halt the flow of things, except the entrance of Niël Jonker, a local artist and breadmaker from Baardscheerdersbos, who invites me to attend his breadmaking course in a couple of days time. I do promise to come to the Baardscheerdersbos Art Route that weekend.

Niël safely on his way to yoga, Jero continues to tell me about his studies in Italy, how he and Catch have always loved cooking, how when the shop space became available they thought they’d just open a deli, but how it’s taken on a life of its own and you now have to book if you want a seat at the huge chef’s table they place out on the verandah on Friday evenings.

Catch and Jero have a huge vegetable garden at their house. It’s won garden of the year in the Overberg district two years running, and a lot of their seasonal food is sourced there. They talk about the journey of their food from ‘plot to pot, to table’, and whilst everything is organic, Jero says he’d rather tell people its a ‘natural’ garden, as he gets funny looks when he starts speaking ‘organic’.

We move across the road to graze, as Jero refuses to have his photo taken at the Spar – can you blame him? It’s tiny inside, but perfect. This is the story of their lives, Jero continues. One side is lined with light box photos of their garden, their children, their meals. Down the other are a few black boards that highlight the menu of the day, and the prices of their breads and coffees, which are apparently notorious.

‘People continually ask me why our coffee tastes so good’, says Jero, ‘but the secret is that we use unpasturised milk, straight from the cow, and straight from a farm not far from here’. With their focus on natural, unprocessed, seasonal and local food, Jero has also sourced local pork that’s cured using rooikrantz rather than oak. His cheeses too come from a local dairy farmer friend of his. 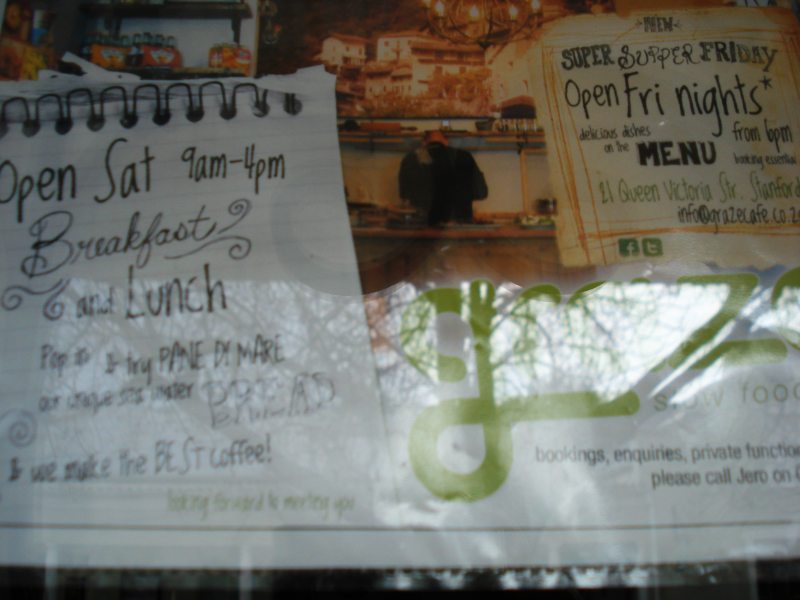 Down the back end of the narrow shop is the kitchen, which forms the leg of the L-shape of the restaurant. It’s small but incredibly functional, and Jero describes how they churn out meals here. They also sell their own homemade pasta and specialised goods, including tins of local Karoo olive oil, made by a buddy of his in Prince Albert.

The couple recycle as much as possible, compost any vegetable peelings and give away leftovers to soup kitchens. They’re thoroughly responsible, and I’m bowled over by the enthusiam and the obvious love and dedication that goes into graze.

I unfortunately missed the chance to sample any of Catch and Jero’s menu, but that’s just reason to return to Stanford and the chance to graze on slow food.

Graze slow food café is open on Friday nights and Saturdays for breakfast and lunch.
You’ll find them at 21 Queen Victoria Street, or phone them on 082 491 8317.