Now reading: Starke Ayres in Rosebank – much more than a nursery

My husband is a closet nursery fetishist. Now many of you might argue that he is simply a gardening freak. Granted. But there is something a little insidious, do you not think, in spending untold hours in a nursery. A nursery, for goodness sake! Filled with plants, plants, and, well, plants. I don’t get it.

Or at least I didn’t until I visited Starke Ayres in Rosebank recently, and realised that the modern nursery is the latest line of consumer destinations to have undergone something of a metamorphosis. Gone is the idea that a nursery is simply a place to store plants, a plant warehouse, if you wish. Now the average nursery is an ‘experience’ … 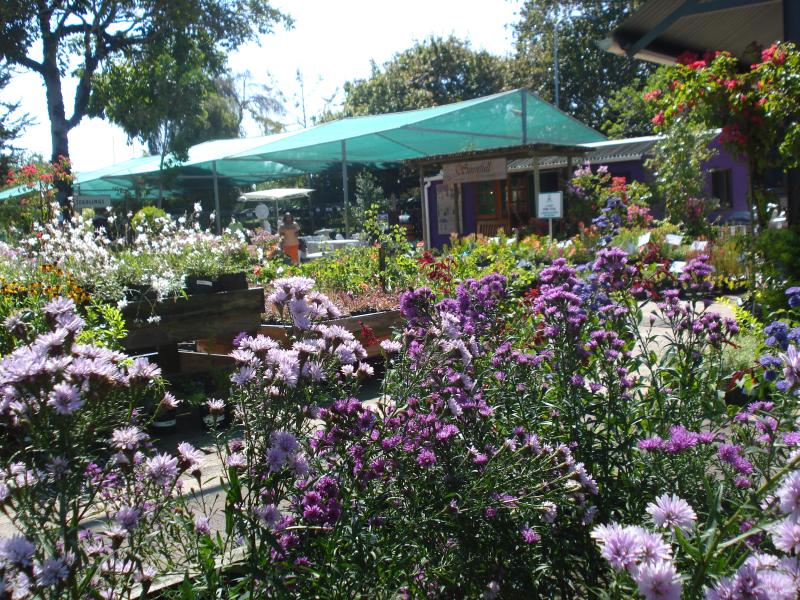 And whilst this one, admittedly, is not given over to children’s jungle gyms, hence the pram brigade does not hang out here, it does have a restaurant, and a little shop that used to be an organic store but now sells Sinnful icecream (there’s another Sinnful in Camps Bay, for those who were wondering) with an eco slant, and a shop that even manages to entice the queen of shopping cycnicism – me.

I like to think of myself as a reluctant consumer. I do not like shopping, even though I find myself stocking up at the likes of pick n pay at least twice a month. I avoid gimmicks, plastic and fashion. I resolutely plod past shiny, new and outrageously priced attractions. But I was hooked when I entered Starke Ayres shop.

Admittedly this could be because in contrast to the plants anything would appear attractive to me, but it also has something to do with colourful trinkets and decorations, cushions and hammocks that when put together are my undoing. 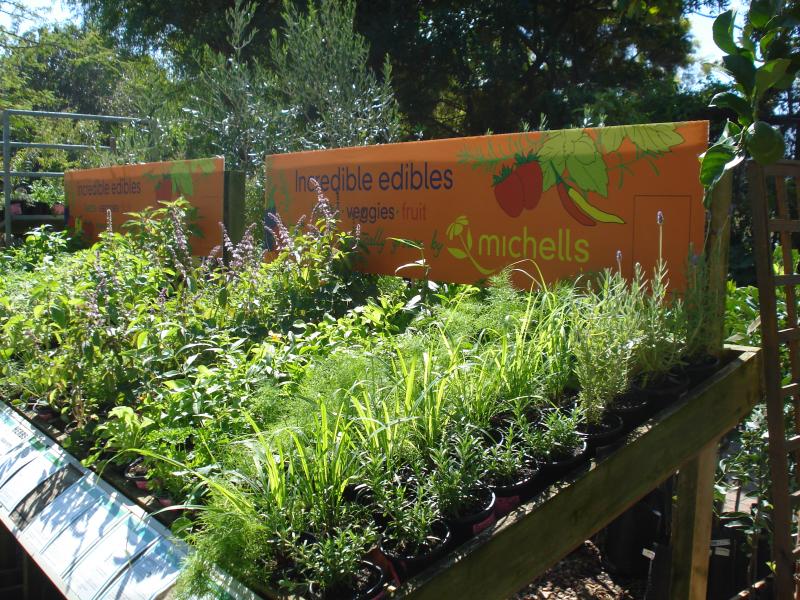 I have Starke Ayres to thank for the pink and purple gel plastic flowers, no doubt made in China, that now adorne the back window of my car, and the sunny, yellow ones stuck on my son’s window. They are also responsible for the full-scale argument that ensued upon my homecoming, when my son discovered that I had retained the pink and purple ones for myself.

But I also ventured into the nursery area, to see what the allure is for my better half – and in fairness, he must be, for his is the appreciation of growing greenery, and mine is obviously a fulfillment of delayed gratification in my youth.

Outside there are blackboards advertising basic gardening courses, with one in Xhosa, that includes refreshments and notes but you’ll have to book, and a visit by the bonsai doctor, Dr Carl Morrow as well as organic box deliveries to the nursery. There are an array of gorgeous water features, one a series of stones held together like a dingly dangly wall divider over which water spills that captures my eye. 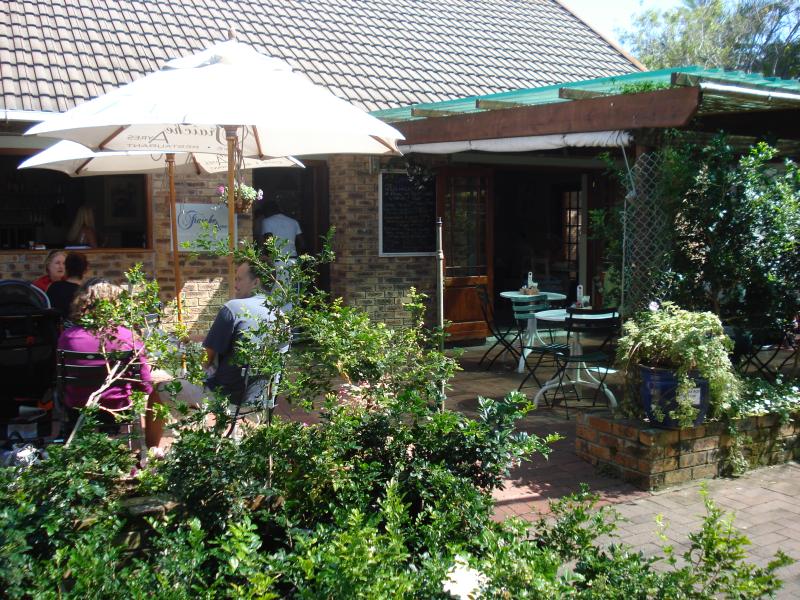 Beautiful flowers in bloom entice under shadecloth, whilst water plants rest in the shade. A landscaping division rests alongside Sinnfull, where, if you eat your bakkie of icecream in the nursery grounds, you can fill it up afterwards with free soil and seeds to take home and grow on your windowsill – a rather novel idea that promotes the idea of upcycling and growing your own.

Signs throughout the nursery indicate that Starke Ayres is part of a spekboom carbon and poverty alleviation project, whilst a poster of their newest release – the gazania llanga – nestles in amongst Michells incredible edibles – herbs-veggies-fruit – for you to begin to grow your own food.

French sorrel, lavender, rosemary and sage are ready for you to simply pick up a container and add them to your trolley, and a series of seedlings, unusual indigenous bulbs and climbing roses set the scene for the nursery’s restaurant, Fraiche Ayres, which even at 10am in the morning is extremely well patronised. 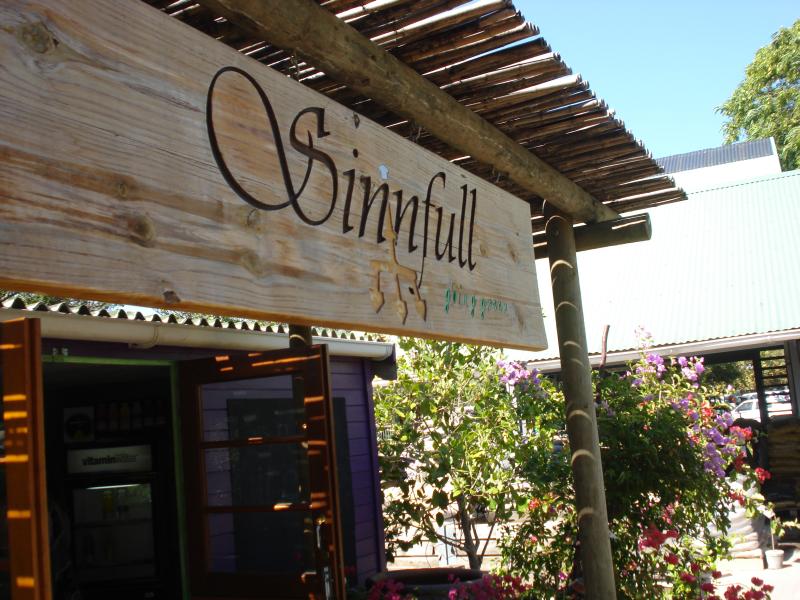 The bistro that proclaims to have a ‘no-nonsense’ menu serves breakfast, lunches, salads, desserts and teas. Today’s lunch menu includes a salad nicoise that features seared tuna, beans and potato, fresh hake on mash with a side salad, an avo and prawn salad with a mango citrus and sweet chilli dressing, and a good old staple – a slice of quiche – this one with a slight twist using ham, leek and aubergine with tomato, onion and olives.

And all of this against a background of gorgeous mountain – the views from here are wonderful and from anywhere in the nursery, the mountain makes its presence felt.

This Starke Ayres nursery opened here, or at least in Cape Town, in 1877. Although back then it was started by a man called Chas Ayres. A grain and produce business was opened by Charles Starke in 1896 and these two then joined forces in 1920.

In 1986 the company began breeding green beans and since then they’ve included pumpkin, squash, sweet corn, tomatoes and peppers. They now have a branch in Namibia and sell their seeds in 22 countries around the world. 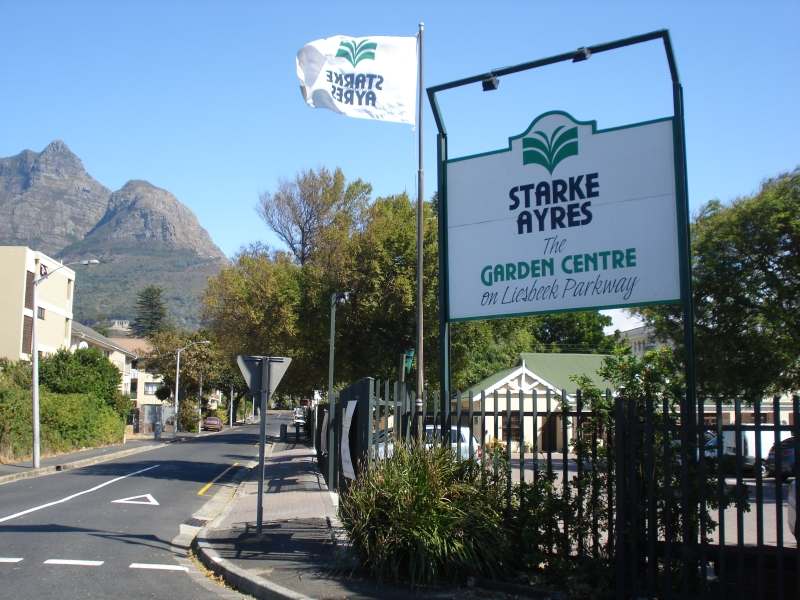 As my fingers itch to add a number of herbs and seedlings to my plastic flowers and moon calendar, I begin to understand the allure of a nursery. And how disciplined my husband must be to withstand acquiring a darn side more than he comes home with on the average visit.