Now reading: We Share Our 10 Favourite Spots (and Towns) Of The Swartland

For those of you who lived through television of the ’80s, the Swartland meant only one thing: The home of Bokomo Weet-Bix, the heart of the wheat industry (that Weet-Bix was a top selling breakfast in 1988 is no surprise). Today, the Swartland is fashionable inland farming country that is still regarded as the ‘granary of South Africa’.

It is home to sheep, cattle and vine farming, with a huge sweep of dry-land vineyards just outside Malmesbury. But it also boasts a myriad Cape-Dutch and Victorian buildings, trendy ‘country’ towns, protea and tobacco production, and cheese, olive and citrus cultivation.

It is best described as the ‘breadbasket of the Western Cape‘, its reddish brown wheat fields and Van Gogh-esque meadows of yellow grain waving in summer breezes under azure skies the epitome of weekend escapes. As characteristic as the fields of wheat are the people who live there with their distinctive Malmesbury brei, a unique accent that is closer to a burr than a dialect, characterised by a ‘ghrrr’ sound in the throat in place of an ‘r’. 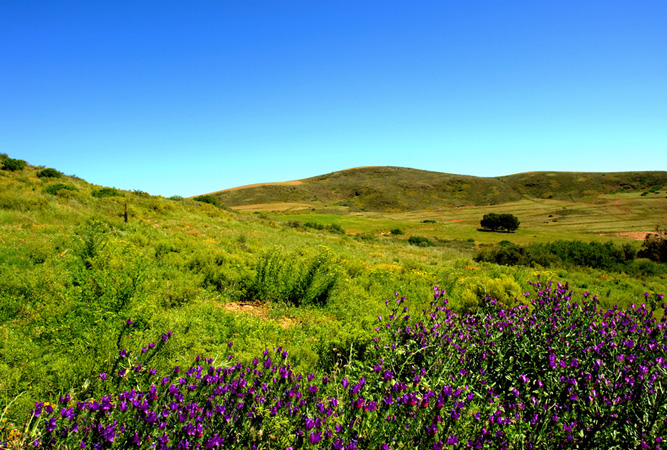 The Swartland deserves to be explored.

Here are our 10 favourite spots (and towns) of the Swartland…

The country’s oldest milling company, and biggest producer of breakfast cereals (Corn Flakes, ProNutro, OTees), is three years shy of 100 . It started as a wheat co-operative but is now so big that it has a base in the UK.

Both Bokomo mill and the Suikerbekkie fruit processing plant are based in Malmesbury, and you can visit either for a tour around the factory. Contact either for details.

This mountain range is to the Swartland what Table Mountain is to Cape Town. It stands only a few metres lower than Table Mountain with a history that hails back to the time of van Riebeeck. In pursuit of fresh meat that the employees of the VOC bartered from the local Khoi, so that they could supply ships with fresh supplies, an expedition under Pieter Cruythoff climbed the Kasteelberg in February 1661. Which is when it received the rather obvious name – Riebeeks Kasteel.

The views from the top are incredible 360 degree panoramas from which one can see Cape Town (on a clear day). It is awash with fynbos and veld flowers and is the scene of two or three hikes and an MTB route. 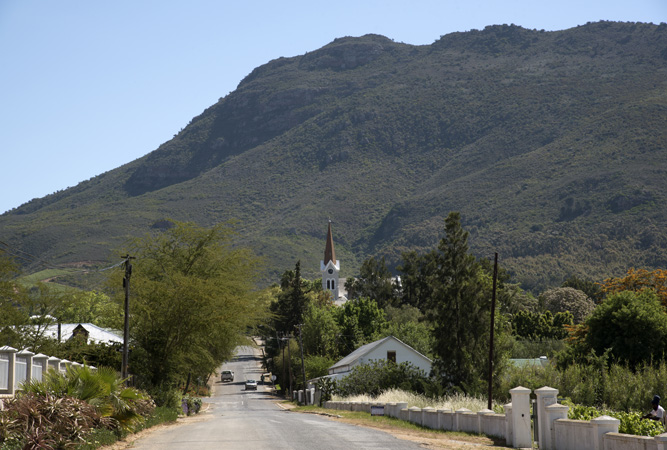 This beautiful, historical wine estate, with vineyards that ascend the Kasteelberg, has been in the Malan family for generations – the same family Malan as DF Malan, regarded as one of the architects of Afrikaner Nationalism and NP prime minister between 1948 and 1953.

Now in its fifth generation of winemakers, the present wine maker, Danie Malan, was recently winner of the Golden Glass award at Sweden’s International Producer of the Year competition. Visit for the magnificent scenery and the wine.

One of the Western Cape’s better kept secrets is the little farming enclave right at the top of Piketberg Mountain.

Up here is an unexpected plateau where farmers produce anything from wild flowers to wine. There are also several farm and estate stays, as well as the odd camping site. Usually several degrees cooler than down in the valley below, it is the perfect space to escape the summer heat. Besides, getting to the top involves the Versveld Pass, a journey of real beauty. 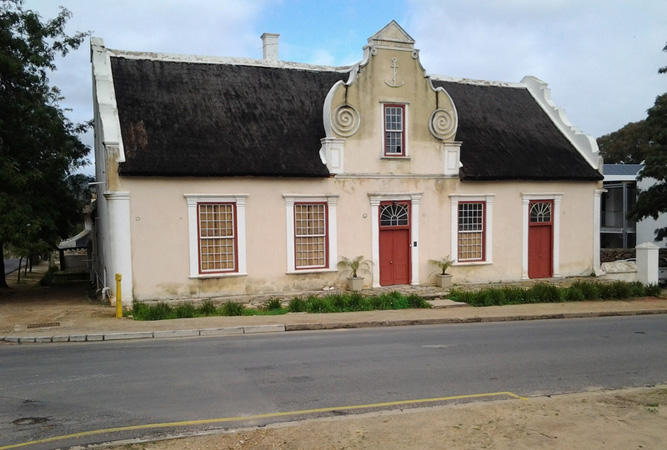 Towering over Porterville are the Olifants River Mountains. One of the peaks claims to be the highest in the Western Cape, whilst Dasklip Pass is a major paragliding venue, world-renowned for its summer thermals and insistent sunshine.

Because of the mountains Porterville and its surrounds are the playground for nature lovers and those after adventure. Visit Beaverlac Nature Reserve, the home of Indie Ale, fruit farms, ceramicist Ronel Bakker, hike trails to De Hel and De Tronk, and catch a glimpse of the rare Disa uniflora flower.

This little former mission town lies between Darling and Atlantis and is easily visitable as a day trip from Cape Town. Its buildings are national monuments, most of which rest on the banks of a stream.

At its heart is the mission church, whilst the oldest building in town is the Long House (1697). The thatched roofs, white-washed walls and graceful gables will have you coming back for more. 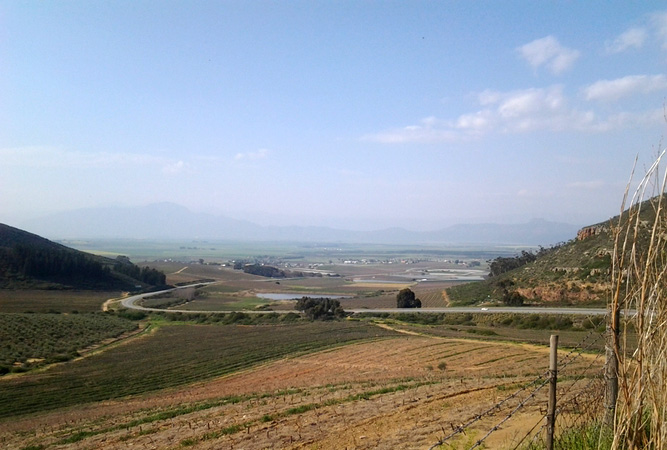 Groot Winterhoek rises 2 000 metres above sea level and harbours some of the country’s greatest specimens of San rock art. Its natural beauty is incredible not least for its rock formations and pools, as well as the rare examples of flora – ericas, proteas and little red disas. Rock art is prolific in the area, particularly in the mountains’ numerous caves.

Enquire at Porterville’s tourism office for information about Noordbron, said to harbour an unusual red painting of a ship from the late 1600s.

Atop Porterville Mountain, over 850 metres above sea level, is Berghoff Fynbos farm with 55 hectares of cultivated fynbos. Up atop these mountains over 90% of the country’s Barbis are grown.

The farm used to produce mainly stone fruit for export but over time they’ve shifted their focus from fruit to fynbos. The farm now produces over 500 000 pincushion stems and 600 000 proteas a year, even if 80% of it is exported. You can stay on the farm. 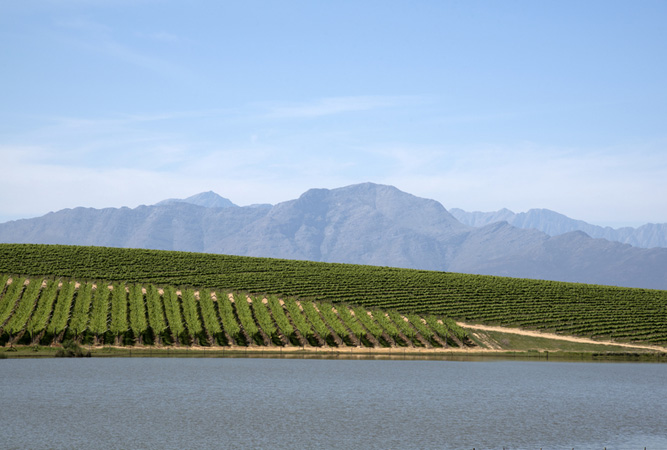 Only about 32 km north west of Piketberg, Eendekuil (duck pond) is probably best known for its cheese factory, and gymkhana. The factory no longer exists, but the gymkhana is still an annual occurrence.

Best described as a ‘hamlet’ rather than a town, Eendekuil’s annual wild flowers is what brings people here, where they stay in the town’s well over 100-year-old hotel. Other reasons to visit include bird watching in the valley (its name does not include ducks for nothing) and the local Winkelshoek wine estate for their brandy and dessert wines.

Without doubt the most visited part of the Swartland, the Riebeek Valley’s star towns – Riebeek-Kasteel and Riebeek West – are one of several ‘second home’ towns for Cape Town’s artists and intellectuals within a two-hour radius of the Mother City.

Riebeek-Kasteel, in particular, is awash with boutiques, galleries, restaurants and shops that vie with the best of them for small town living. The Riebeek Valley is a sweep of vineyards, olive groves and outdoor living with museums, wine estates, accommodation, eateries, and beautiful buildings no civilised weekend getaway could be without. 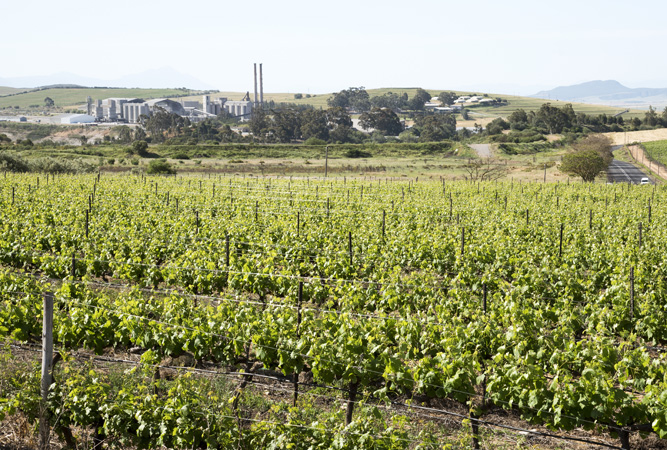 Best Cederberg Places to Stay - Overnight in the Heart of South Africa’s Sandstone Mountain Sanctuary ~ These options for accommodation in Cederberg are particularly varied and exciting - the Cederberg, it seems, goes out of its way to provide places to stay t...