Cape Town can’t deny its colonial heritage, and there are certain traditions left over from the time we paid allegiance to old England that we should embrace. One of these is that, come late afternoon, there’s just nothing nicer than a spot of tea. And if it’s possible to be sipping your cuppa someplace decadent, removed from the city’s hustle and bustle, and have it accompanied by a few indulgent nibbles … well jolly good, all the better, I say.

When it comes to old-school, colonial elegance, there aren’t many places that can compete with the Mount Nelson Hotel (named for Admiral Horatio Nelson, and not Nelson Mandela as so many people often assume). How convenient, then, that this grand old lady offers her legendary high tea to the public every afternoon from 2.30 till 5.30. 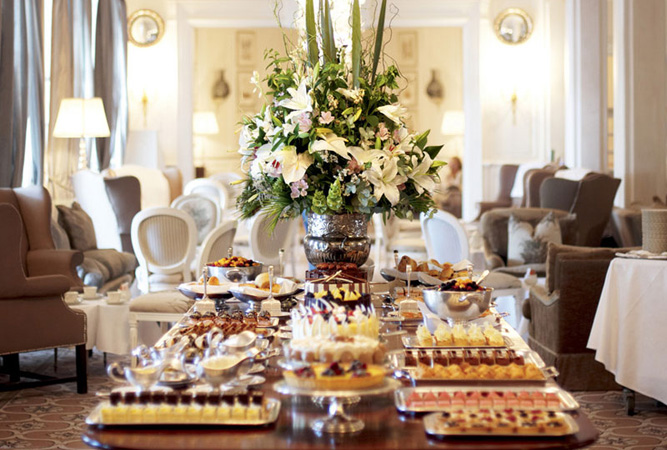 Laid out on the hotel lounge’s Windsor Table (or on the terrace or in the garden, weather permitting), the staggering buffet includes everything from finger sandwiches (cucumber and cream cheese sir? Or would you prefer the roast beef?) to light bites (mini quiche? smoked salmon choux pastry puff?) to a cake selection so vast one knows not where to begin. And let’s not forget the tea itself, of which there are over thirty different leaves to choose from; everything from Lapsang Souchong to Darjeeling to Rooibos. A lighter, informal tea is served mornings from 9.30 till 12.30.

Though ‘Nellie’ seems to have high tea well and truly covered, four other luxury hotels in Cape Town aim to give it a run for its money. The Table Bay Hotel, nestled within the V&A Waterfront, offers a perfect view of Table Mountain as you recline in the sumptuously decorated lounge, listening to the tinkling of the grand piano, and awaiting the arrival of your four-course tea. Mini quiches are followed by finger sandwiches, which are succeeded by scones with cream and jam and, lastly, an array of chocolatey, cakey, fruity morsels. 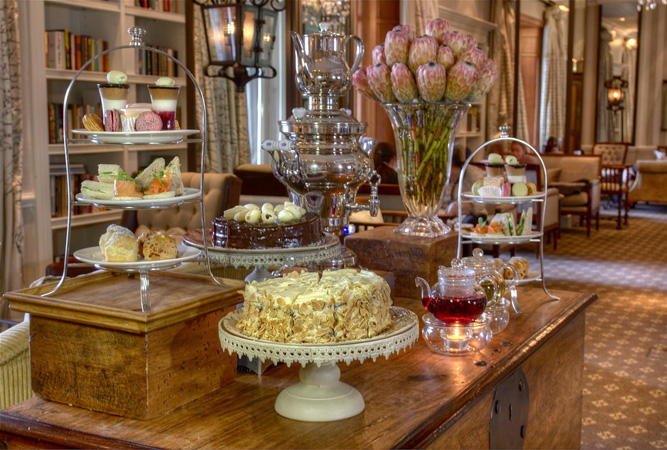 Or you could try the Cape Grace. Surrounded on three sides by ocean, the hotel serves high tea every afternoon in its library – now that’s posh. The newest addition to the V&A Waterfront’s array of hotels, One&Only Cape Town, is also a tempting spot, with delicacies created in its own patisserie. Find out more at High Tea at the One&Only.

Of course, should the V&A be just the wrong side of touristy for you, Hotel le Vendome in Seapoint might be preferable. The boutique hotel offers a window onto French old-world charm and refinement, and Le Salon Chantilly (the hotel’s classic lounge) provides the perfect setting for a rather royal high tea. But not everybody likes to take their tea indoors, and, as per usual, Cape Town provides for all tastes. You don’t get more outdoorsy than Kirstenbosch, nestled into the Eastern slopes of Table Mountain.

The Botanical Gardens’ famous Tearoom was established in 1924, and rebuilt recently in 2003. You won’t find silver platters or finger sandwiches here, but sitting in the sunshine surrounded by 528 protected hectares of indigenous flora and tucking into cakes baked on the premises … well, who needs them? And with Saturday morning, classical breakfast concerts, the Gardens are a jolly good choice. 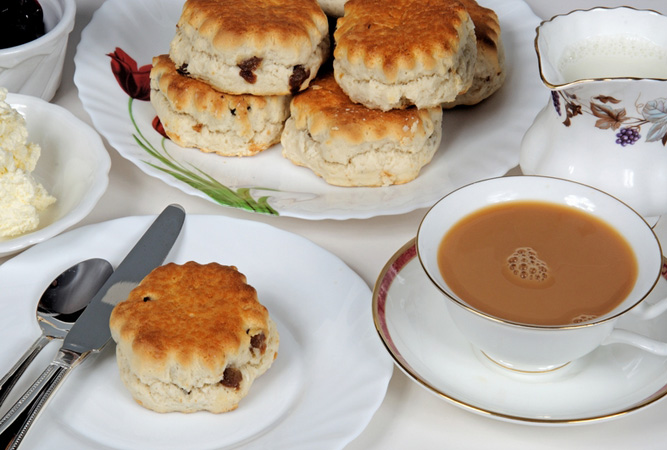 Alternatively, you could visit neighbouring Rhodes Memorial. Sitting at the foot of Devil’s peak, the imposing granite structure of steps and columns was built in 1912 as a tribute to Cecil John Rhodes, a Cape Colony Prime Minister and mining magnate. It also offers panoramic views of Cape Town to visitors, who then stop in at the Rhodes Memorial restaurant for a pot of tea out on the terrace and a slice of homemade cake, traditional melktart, or some good, old-fashioned scones.

There are few hours in life more agreeable than the hour dedicated to the ceremony known as afternoon tea.  ~ Henry James, The Portrait of a Lady

Durban - the country's third largest city - is known for its 100 kilometres of beach, all-year-round warm weather, and thanks largely to the colonial British Indian indentured labour system, more people of Indian descent than anywhere else in the country. W...