Now reading: ‘The Penguins of Boulders’ by Dirk Schmidt – a Book Review 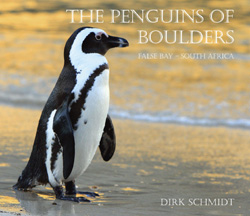 The Penguins of Boulders is a book all about the African penguin.  Despite being one of the most charismatic animals on our planet, it is a species in peril suffering from rapid environmental degradation through oil and chemical spillages and the depletion of inshore fish stocks as its primary food source.

The African penguin is an indicator species for environmental health and biodiversity. This book not only highlights some of the environmental pressures these animals face, but also illustrates and describes interesting penguins facts, reference information on the species, but also various conservation and ongoing rescue operations.

The book is aimed at a wide audience from young adults, adult readers, bird enthusiasts, and tourists that visit the Penguin colony of Boulders or have an interest in penguins.

A portion of the book proceeds are donated directly to SANCCOB to help support some of their functions and educational drives.  They are truly devoted to conserving this fragile species, and it is an absolute pleasure to work with them. 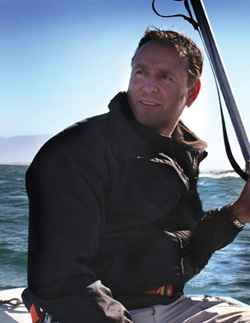 Dirk Schmidt PhD, lives in Simons Town with his wife Jenny, and is an avid naturalist and conservationist, specializing in wildlife and action photography.

“The Penguins of Boulders” is his third publication, his previous book The Great Whites of False Bay is a world first, depicting the Great White Sharks unique hunting behaviour of breaching during predatory events.

“It was an absolute pleasure to work with and photograph penguins, despite nearly being nipped in the behind by a frisky female whilst on location at Boulders beach one early morning.  It took me just over a year to photograph the colony and the various stages of penguin development, weather conditions permitting.”