Brandy is a traditional spirit made by distilling wine. In South Africa, brandy is widely enjoyed; whether as a mixer with Coca-Cola™ or on its own after a hearty meal with friends and family. Due to the fabulous grapes grown in South Africa, world-class wines are produced. This, in turn, means that fantastic brandies are also produced here.

This is one of the few countries that grow grapes specifically for the production of brandy. 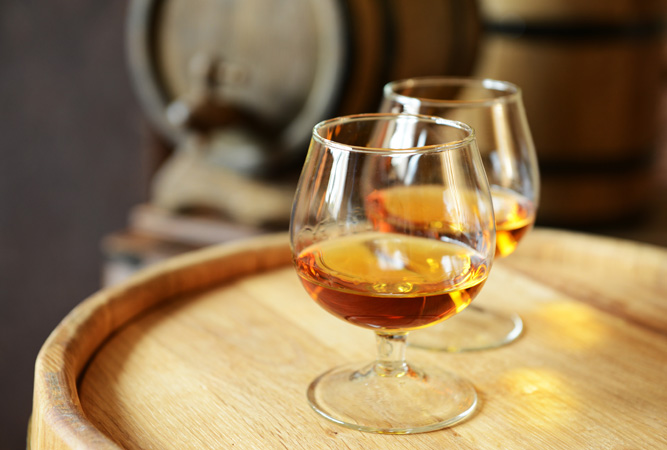 The R62 takes travellers through the scenic Karoo area. The landscape is sometimes arid and sparse, sometimes lush and fertile; giving this route a distinctive beauty that continues to lure travellers from around the world. The brandy produced along the R62 is one of its many attractions not to be missed. The following brandy houses make up the R62 brandy route

The Klipdrift brand is synonymous with South African brandies. This cellar offers tours and tastings as well as memorabilia and brandy curios. The Brandewyntuin Restaurant is ideal for the whole family and also offers some brandy-themed specialities.

The Boplaas Farm is surrounded by natural beauty, including mountains, rivers and valleys. It is known for its outstanding wines and brandies. Boplaas produces 20-year old, 8-year old and 5-year old Reserve Brandies that are sure to impress the discerning palate.

Situated just outside Ostrich Country, better known as Oudtshoorn, Grundheim is a family-owned farm that has been producing brandy since 2002. The recipe used for producing their brandies is a fiercely preserved secret and has yielded a number of awards over the years. 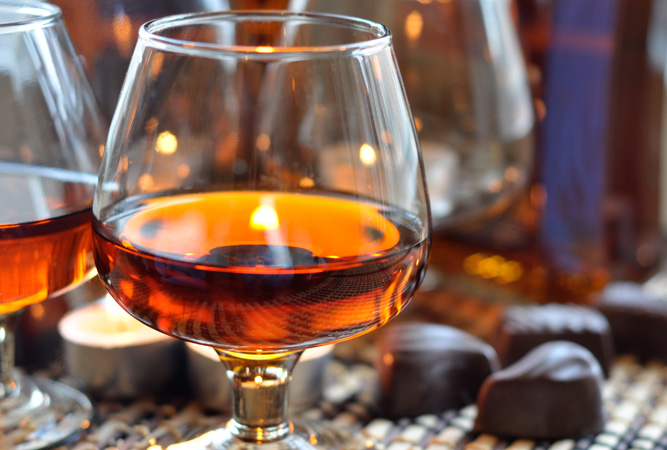 This well-known estate has been producing delicious wines since the mid-19th century. In 1936, it began with brandies. Retaining some traditional methods, the 2003 Muscat d’Alexandrie has earned this estate much acclaim.

The Kango Co-op is not only focused on the production of world-class brandy, but also on the upliftment of the local community. This brandy is produced from the Colombard and Hanepoort grapes, which are specifically chosen for their higher acidity and lower sugar levels. The brandies are matured for a minimum of three years in wooden barrels.

Nestled in the Breede River Valley, KWV is another of the brands for which South Africa is renowned. It is the largest brandy distillery, with 120 potstills, and produces up to 367 500 litres of wine per day. KWV brandies are distilled twice so that perfectly intense flavours are achieved. This cellar is only opened to the public by special request. 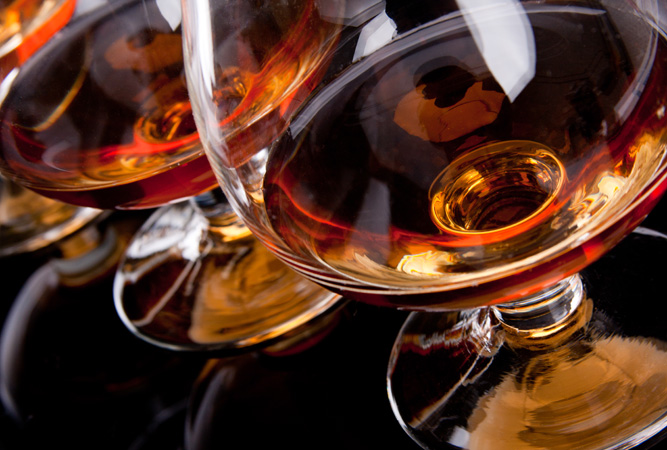 If you've ever looked at a map of the Karoo (the Groot and Klein Karoo) you may have noticed that it occupies a huge chunk of central South Africa. It stretches from Alexander Bay on the West Coast, encompassing the bulk of the Northern Cape, all the way to...

An old school friend is a doctor and her and her hubby live and work in Worcester. My school friends and I have been threatening to visit for ages and eventually we got all our schedules to coincide for a weekend away. Debs had arranged a full day for the Satu...