Now reading: All The Hiking And Walking Trails In Cape Town We’ll Be Escaping To This Summer

One most convenient aspect to living in Cape Town is that hikes are, quite literally, on your doorstep. No having to drive miles before you find a green space worthy of tramping.

The trick, during our selection of hikes, was to narrow it down to the very best of walking opportunities. 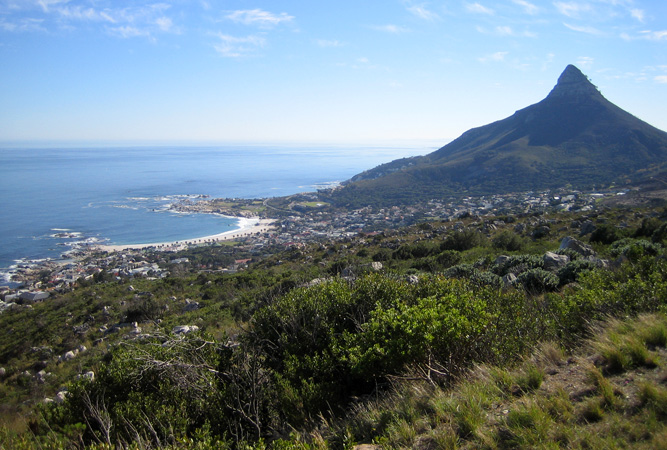 You can get to Woodstock Cave relatively quickly from Rhodes Memorial, above UCT, following the trail up and around Devil’s Peak, past King’s Blockhouse, and along the contour path.

The alternative route is via Tafelberg Road. The hike is not long (roughly a four hour round trip), and not all that difficult, provided you’re fit enough to cope with the scramble to the cave. The views over the City Bowl, Lion’s Head and Table Bay are incredible. Go in a group, or as part of a guided tour.

This is one of the most popular hikes on the peninsula to another cave, up above Silvermine Nature Reserve, in the central bit of Table Mountain National Park.

Though it’s classed as a beginner hike, there are some steep bits, and if you walk it from Silvermine (the alternative route is via the Tokai Arboretum) there’s an entrance fee involved (worth it for the swim in the dam afterwards).

The promenade from Mouille Point Lighthouse via Sea Point to Bantry Bay is a popular four-kilometre stroll.

You’ll join dogwalkers, cyclists, joggers and prams, especially early morning or late afternoon when the walk is nothing short of a local custom. 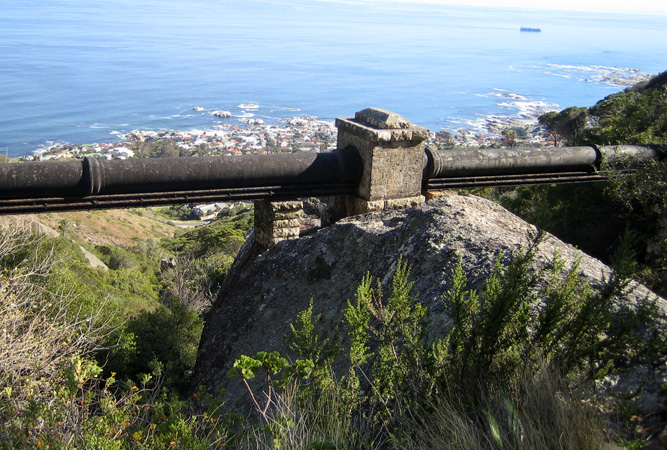 Another institutional hike for Capetonians, the Pipe Track, is alongside an historical pipeline built to carry water from the Disa River to the Molteno Dam in Oranjezicht.

Starting at the car park at Kloof Nek the route follows a contour path all the way over the mountain and down via the Diep Sloot Ravine, past Kasteelspoort (see below), Woody Ravine and Slangolie Ravine into Camp’s Bay (you can also walk it the other way around) in Theresa Avenue.

The views of Lion’s Head (and the Twelve Apostles) from the Pipe Track are some of the best in Cape Town. The walk is not difficult.

The other side of Silvermine Nature Reserve is not as well known to Capetonians. With no place to braai, it is only hardened hikers and their dogs who set out from the parking lot to the east of Ou Kaapse Weg, overlooking Muizenberg.

If you’re after river pools (during winter), interesting rock formations, untouched fynbos and access to caves then any of the routes in the reserve are good to walk.

The seaside promenade along a concrete walkway that hugs the shore between Muizenberg and St James is equally rewarding, early morning or evening, as Sea Point.

Three to four kilometres return the joy of the hike is a stop in Kalk Bay for breakfast or coffee before bracing yourself against the wind for the return (conversely take the train).

Start on the seaward side of Muizenberg station. 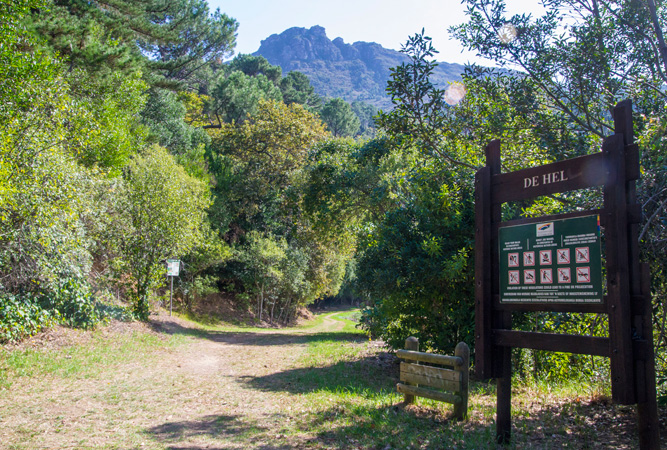 This wonderfully easy, perfect-for-families stroll between Constantia Nek and Kirstenbosch is a good spring walk. The only downside is that you’ll need a car at either end, or you need to walk the return (a bit much for little ones).

The walk is almost flat the whole way, bar the odd series of steps or mild uphill, and the views are wonderful. Plan a brunch at Kirstenbosch.

Deer Park lies right in the middle of the city bowl, just above Vredehoek on the lower slopes of Table Mountain. It’s something of an in-house secret, and on most days joggers, dog walkers and bike riders will put its paths to good use.

The walks are as easy or difficult as you choose – either stick to the lower paths, or head on to the mountain. The scenery wins hands down.

There are numerous greenbelt walks to choose from in the leafy suburb of Constantia, but none as popular as Alphen, which follows the Diep River and serves as a daily dog walkers’ mecca and a quick march in the green, for those starved of outdoorness in their day. 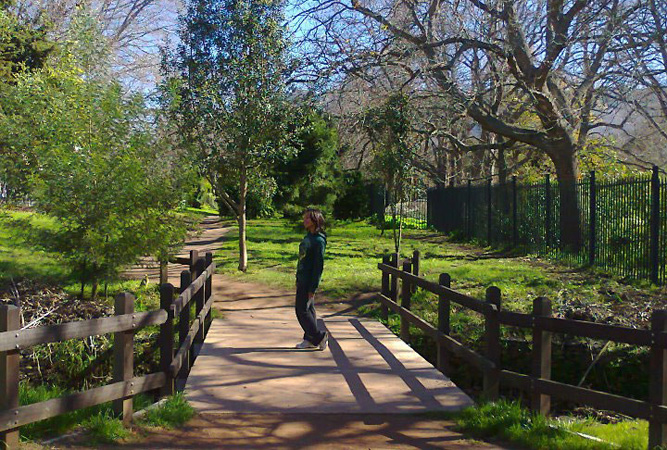 This is the easiest route up Table Mountain starting at Kloof Nek car park and using the Pipe Track for the initial part of the walk. About an hour in you reach the well signposted bottom of Kasteelspoort. It is a steep climb, not easy, and takes you around Kasteels Buttress into the gorge behind.

The viewpoint up at the top has been photographed by many instagrammers – the famous flat rock that juts out over Kasteelspoort.

This almost 5 km walk on the mountains above Hout Bay is this side of the peninsula’s equivalent to the walk at Constantia Nek. It’s frequently used by dog walkers and makes a satisfying stroll after Sunday lunch. The hike starts at the East Fort car park, just before you reach Chapman’s Peak Drive tollbooth.

Whilst there is an initial climb up the stone steps, after that you even out and follow the contour path. Turn back at any time.

A good walk to do whilst it’s still relatively cool, as there is no shade and no access to water en route. The hike is not difficult, but it is steep.

Start on the Fish Hoek side right up the flight of stairs from the parking area just off Kommetjie Road (close to the traffic circle). The views over False Bay are incredible (great for spotting whales in the bay). You can do this as a circular route. 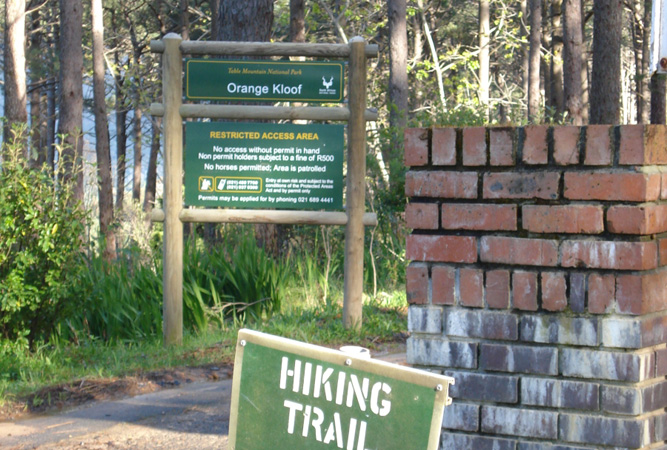 You need a permit to enter Orange Kloof from Constantia Nek, but it is worth the trouble. This is phase one of the Hoerikwaggo Tented trail and takes one behind Table Mountain to the source of the Disa River and then back to the top end of Hout Bay.

The full circuit is 8 km, but you can cut it shorter by leaving out the bit to Hell’s Gate, and returning through the forest, instead.