The average person doesn’t even know the beach exists, unless you are prepared to explore, or someone you know happens to nudge you in the right direction. And the bonus about this beach is that, not only is there shade under trees on a wall alongside the sea, but this same ledge is well out of the wind, should there be that dastardly south-easter blowing as it was on Saturday.

For little boys’ parties, Waters Edge Beach is just the best. The rock pools here remain largely untouched. The same goes for the beach, which lies in a little bay, out of the main body of the sea. 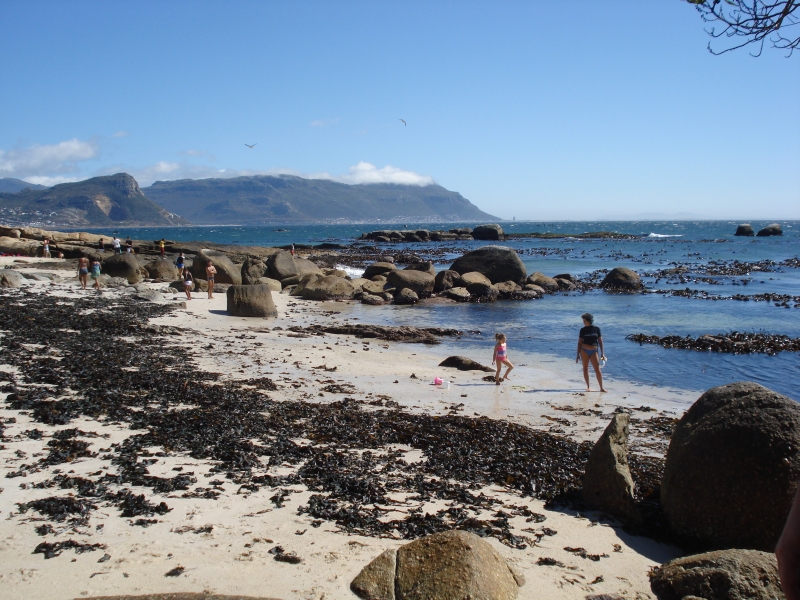 There are few waves, the water is (slightly) warmer, and the beach dotted with rocks and boulders between which are sandwiched countless salt water pools inhabited by bright orange starfish, salmon anemones, moluscs and other exciting sea creatures that I thought had all but abandoned our busy coastline in search of pastures green (or at least those untouched by human beings).

Set five-year olds in amongst these rock pools with an adult or two and you have hours of kiddie heaven. Add a couple of makeshift fishing rods to the mix and you’re almost guaranteed of a day’s worth of entertainment – wind or no wind.

The shed load of kelp that had made its way onto the beach overnight, despite anxious parents’ of birthday boy’s daily monitoring of the beach to make sure it was okay for the day of the event – mattered not a jot. What child is going to worry about running through slippery kelp en route to their bucket, starfish in hand? 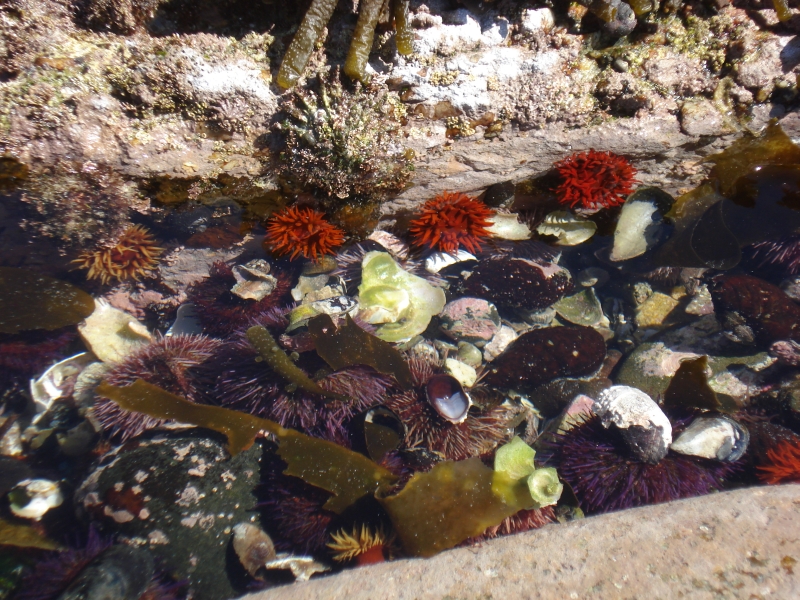 They were having so much fun that the other major calamity – a designer lighthouse cake that overturned on the back seat of the car, en route to the beach – didn’t raise even one innocent comment.

The municipal board indicating Water’s Edge beach lies off the beaten path, behind a wooden gate the height of the average man. Add to this the fact that it faces the sea, and is largely defaced by a rather unattractive attempt at grafitti, and you can understand why the beach remains a secret best kept that way.

This picket fence or gate also happens to lie along a path that heads off in a southerly direction from Southforth beach. Or at least that’s what the invitation said. My advice to all fathers who write invitations: get a woman to write the directions (really, this is NOT a sexist comment), as it’s inevitably mom who brings her child to the party. And ‘southerly’ doesn’t vaguely come close to the following set of directions, written by moi… 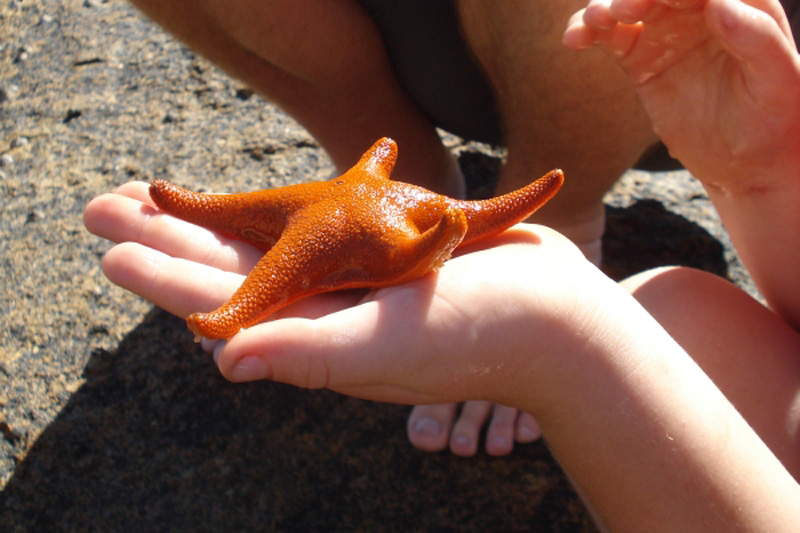 Head from the parking lot at Seaforth beach downhill, on the paved pathway that runs parallel to the shaded lawns behind the restaurant. When virtually in someone’s garage, take a sharp right and follow the road. Seaforth restaurant is now behind you, the sea to your left.

This still paved pathway appears to head on forever, but part way down, you will notice a slatted pine gate on your left (that’s the hand closest to the beach). Put your hand over the top of the gate and lift the latch to open it.

Follow what appears to be a private path past someone’s home (but actually runs alongside a guest house that my brother-in-law swears belongs to an extended family member – just wish he’d manage to nab a couple of night’s free stay) and there you are – you’ve reached the beach. 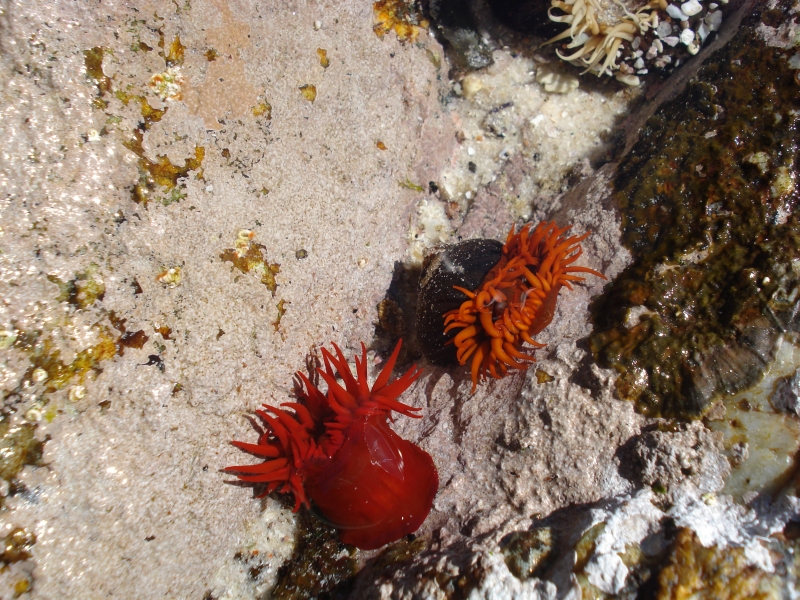 You then sidle along past the knees and over the feet of all the birthday party members who have huddled under one tree (the grassy area beneath the other now flooded by said guest house’s daily pool backwash – I wonder if it deliberately runs straight off their garden and onto the ledge?) and down off the ledge onto the beach.

Here you can set up your brollie and towels, buckets and spaces, either next to the guests of the guest house, who are usually British, or a little further along the beach – wind dependent.

The little bay is perfect for swimming and snorkeling as, even when it blows, there are only gentle swells. The beach is made for building sand castles, eating sandwiches and enjoying the gorgeous views. And the noise and clutter of Seaforth is but a distant memory. However, to keep it this way, tell only those you trust to visit it seldom (like once a year). 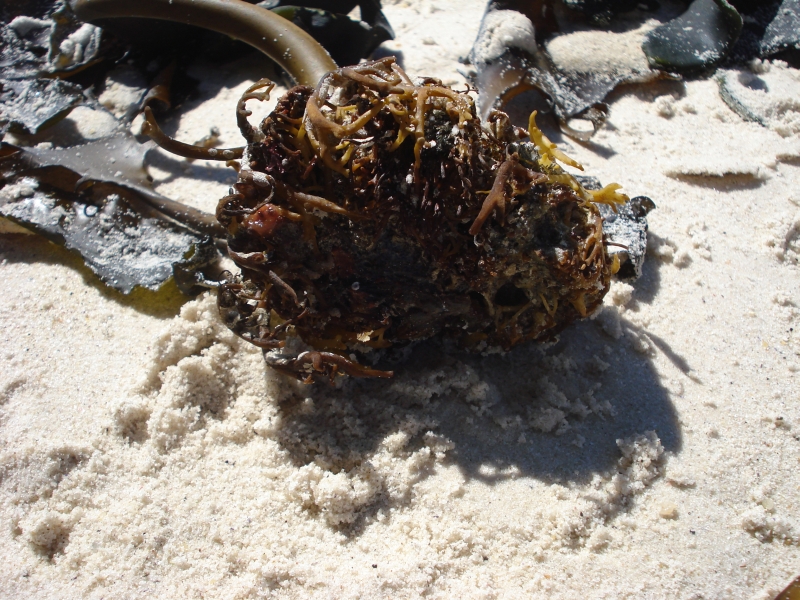 And I almost forgot. The best secret of all. Somewhere on the far side of the beach (closer to Seaforth) there is buried a very old sewerage pipe (I think) that looks much like an old cannon, or at least the four or so five-year olds I was with thought so.

Discover it ahead of time, fill up any hole that may already have been dug by former five-year olds having recently visited, and pretend to have uncovered an old relic of historical significance. This is sure to entertain for the latter part of your visit and leave you in peace to enjoy the novel that you have had stashed away to read for the last, oh, month at least.

The author of this blog takes absolutely no responsibility whatsoever for the ramifications of spreading the news of this beach in an indiscriminate manner. We all deserve to know about it. The accountability for the resulting tumult shall rest with those who, obviously lost their heads after reading this, and told everyone and their dog about the beach. 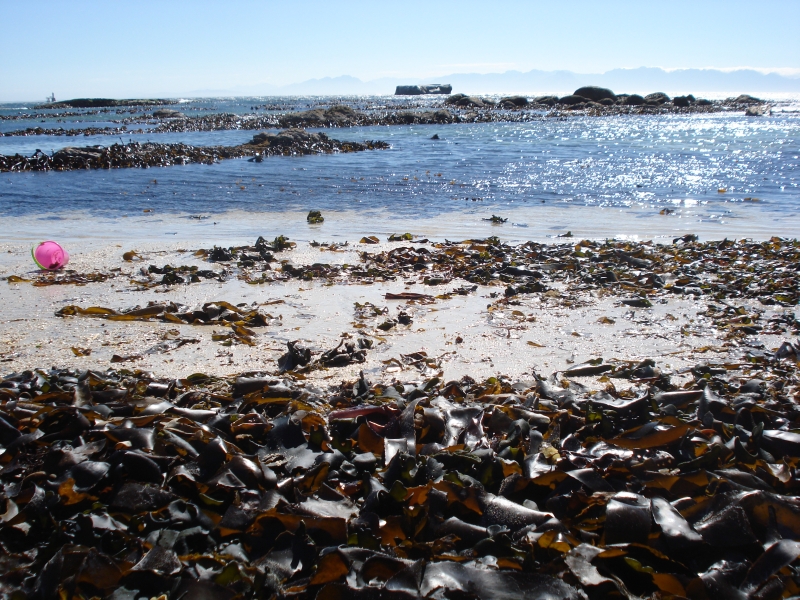