Driving up to the West Coast on Thursday afternoon, we almost forgot that it was SANParks week between the 9th-14th of September during which South Africans get gain free entry into almost all South African National Parks.

On our trip back to Cape Town from Jacobsbaai, we took full advantage on the final day and entered the West Coast National Park from the Langebaan gate. It took us all of a few seconds to realise that spring had indeed sprung here in the park and that many others had come in search of the same thing- A view like this… 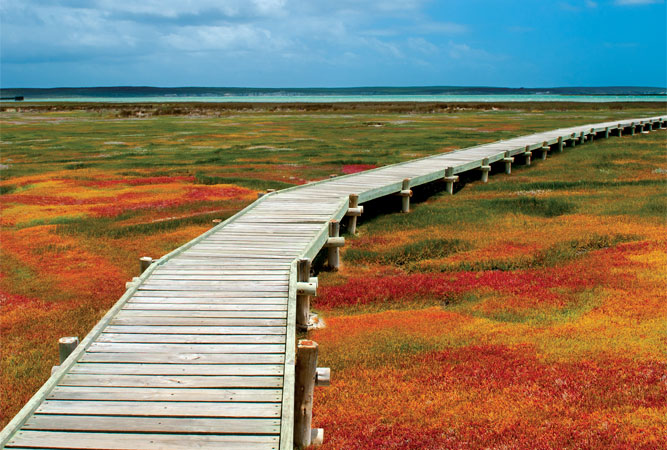 We weren’t even officially through the gate, but stopped the car on the dusty roadside where a few ladies happily took pictures of each other with arms waving in the air and feet amongst the blooming flowers.

Signs of new life could be seen and heard everywhere.  Dozens of bugs exited holes in the sand at speedy paces whilst we made our way along a small path in the field.  All around us bright colours of mauve, tangerine and yellow burst forth from their flowers and bees hummed in delight.

To the right lay the bluest body of water I had seen since South East Asia. Dark blue shades circled turquoise and light aqua-marine swirls leaving the lagoon to resemble an oil painting of paradise. 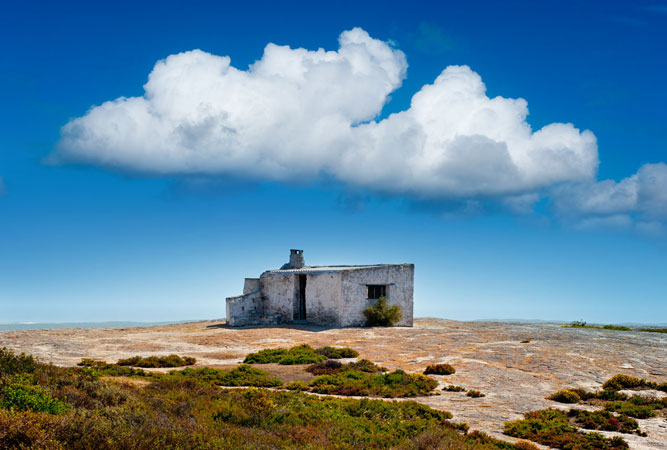 We drove through the entrance and joyfully passed for free.  Many cars made their way through the park adhering to the speed limit and carefully obeying the sign with a turtle reading “Spare us a thought”.  As we swept past ostriches pecking at the sand further inland, I saw dozens of hairy worms, locusts and other insects moving across the road.

Outside of the Postberg flower region, only a few bushes of yellow, fuchsia or orange blossoms could be spotted amongst the dense fynbos. We made our way past Geelbek Restaurant and turned towards one of my favourite places on earth; Kraalbaai.

A mom put her toddler on her shoulders to show him the nearby ostrich and the Atlantic Ocean crashed towards our left. Sand dunes seem to crop out of nowhere and the land and the vegetation grew sparse as the sea reached land. 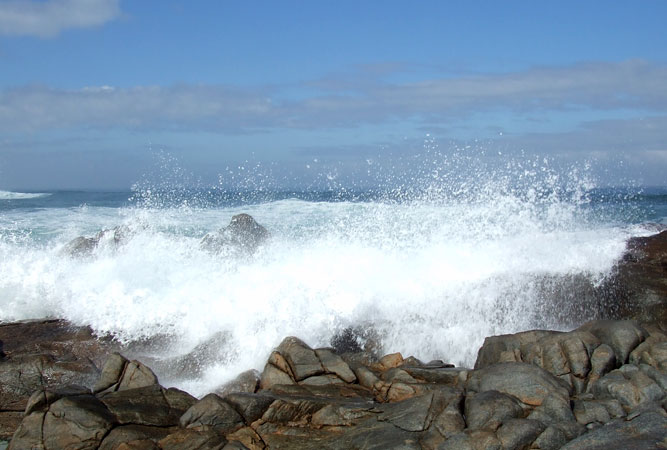 Families made their way to Postberg whilst some continued along our path to the beach.  Walking down the gravel path to the soft, white sand, we passed two turtles that seemed to be fighting with one another. Heads out, they took turns to push each other backward then forward.  Once they noticed we were there, they immediately retreated into the coarse hedges.

The hot sun could not persuade us that it was hot enough to swim but two brave guys jumped into the lagoon from the jetty and walked boldly back towards the beach in the icy water.

People enjoyed the sunshine from the balcony of the houseboat, my husband took 360 degree shots from the jetty’s end and I sat on the wooden planks allowing the heat to warm my cold hands and feet and watching a seagull bobbing atop the water’s shimmering surface.