Until fairly recently it was unknown to all but locals, but mention the small South Africa coastal town of Hermanus anywhere in the world today and someone will have heard about the village, and no doubt, the whales. Whales are one of the most popular and well known attractions on offer in this small town, located nearby Cape Town on the eastern coast of the Cape and have been instrumental in transforming a now booming tourist industry. 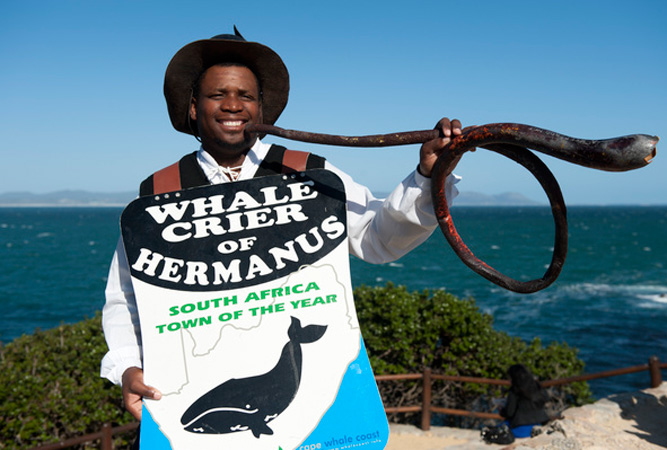 One of the most unique aspects of the Hermanus whale experience is the whale crier, the town’s own “GPS” for the Southern Right whales that frequent its coast in droves during the months of June to September.

The only one in the world, the original whale crier, Pieter Claasen, an employee of the Old Harbour complex, took up his horn and began alerting tourists and locals alike to the where-abouts of whales in 1992 as a means to attract tourism to the then little known town.

The highlight of this whale watching season is the annual Hermanus Whale Festival, which sees the small town’s population swell with visitors. Wearing his sandwich board and whale tail shaped hat, Pieter attracted a lot of attention from the locals at first, simply because of the quirkiness of his garb and the sounding of his horn.

The manner in which the crier achieves his objective is almost as unique as the concept itself. The crier blows his horn in a form of Morse code, which onlookers decode by following the directions written on his sandwich board. 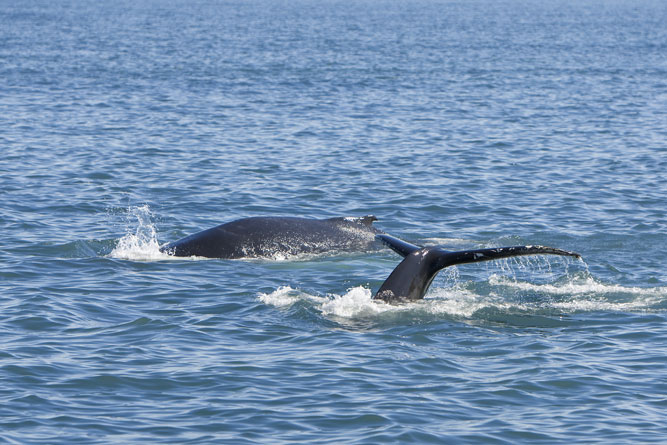 As a publicity mechanism, the idea was a huge success – local media picked up on his antics, followed soon after by their international counterparts, and visitors began to stream into the town to see the crier and his whales.

Besides the commercial success, Pieter’s one-of-a-kind occupation also gained him the opportunity to visit the Town Criers competition in Topsham in the UK. He was the guest of honour at the event, and led the procession of criers through the streets. Pieter, and each of the criers since, have been tasked with alerting visitors to the location of whales in the waters surrounding the town.

In 1998, Pieter retired, and was replaced by Wilson Salakusana, and later still by Godleck Bulani, the current crier, who beat out numerous other applicants to win the now prestigious position. Sadly, Pieter has since died of diabetes, but the relatively new tradition of crier lives on in Godleck, as it no doubt will continue to in his sucessors, as new South African icons. 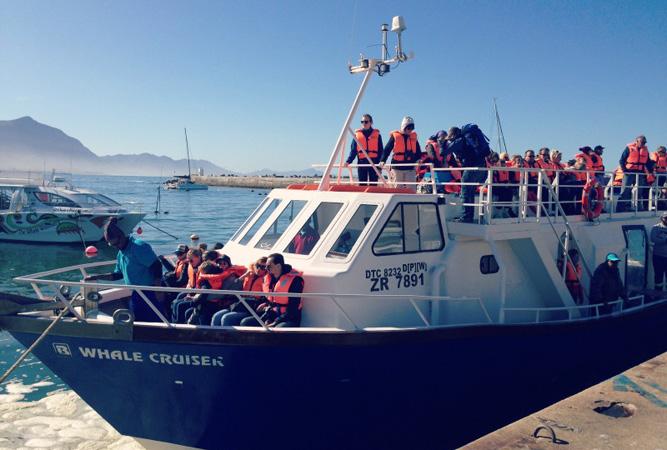