Now reading: Worcester – the town that fell off the map

I can understand why the recent edition of Time Out Cape Town Weekend Breaks chose to shun Worcester. The town, which is easily three to five times the size of other little towns in the valley, like Robertson and McGregor, fails horribly to excite the visitor – whether this is the town’s practically non-existent tourism, or a distinct inertia that has settled like a palour over the town, isn’t immediately obvious. 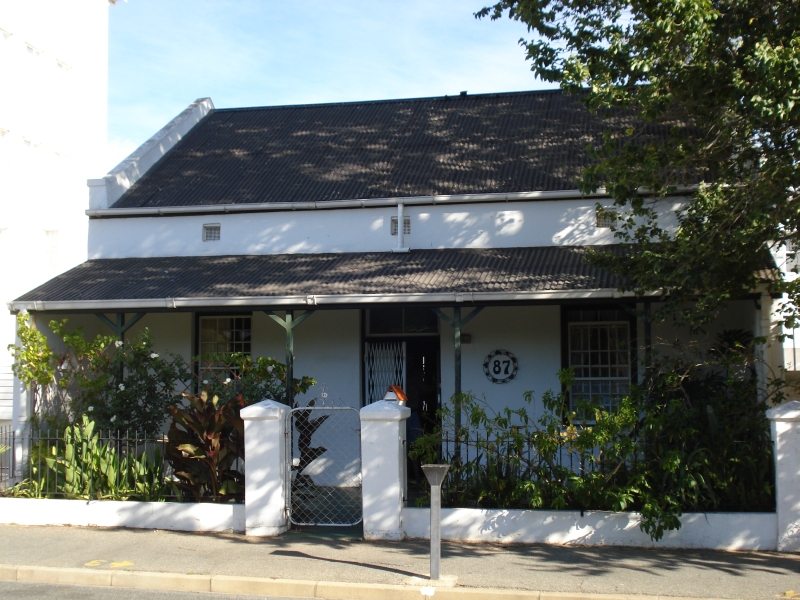 As one approaches the major intersection on the N1 just past the huge Shell City that indicates that one has reached the town of Worcester, there are no sign boards indicating the beautiful ‘old town’ that is the centre of Worcester, no sign that there is a Worcester Wine Route just waiting to be discovered, that the town is part of Route 62, or that the Karoo National Botanical Gardens is a slight detour off the N1 well worth taking, although in this case there is at least the obligatory brown board signalling the way.

Instead, the length of Worcester along the N1 is lined with 1950s and 1960s houses that are bland, unimaginative and a sadly misleading estimate of what Worcester is about.

Considering that Worcester is the unofficial ‘capital’ of the Breede River Valley (that gorgeous valley one enters after passing through Du Toitskloof tunnel), that it has 360 degree mountain views, and an impressive cultural heritage, there should be more to draw the average visitor to explore its reaches. 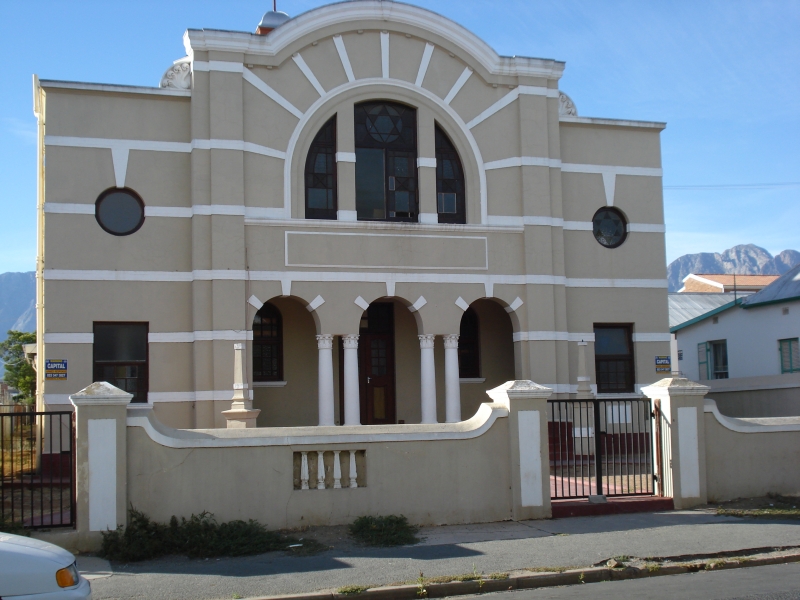 To crown it all, the town has an improbably unsolvable curiosity. There is no restaurant worth mentioning. No café culture spilling out onto its more than beautiful old town streets, which cry out for black boards advertising café au laits and Mediterranean fare accompanied by local wines. Nada.

Despite its 75 000 residents, the only restaurant that manages to exude something close to ‘ambience’ is St Gerain and its menu is severely limited to seafood and steaks (at least it was humming to the strains of Midnight Oil, rather than David Essex’s Winter’s Tale to which we were subjected during our junket at De Kelder, in the town’s monolithic mall perched next to the N1!).

We jokingly blamed the predominance of churches in the town – there are at least five different denominations and religious orders – for the derth of restaurants, but it remains an anomaly (and a business opportunity for anyone brave enough to take on the town). 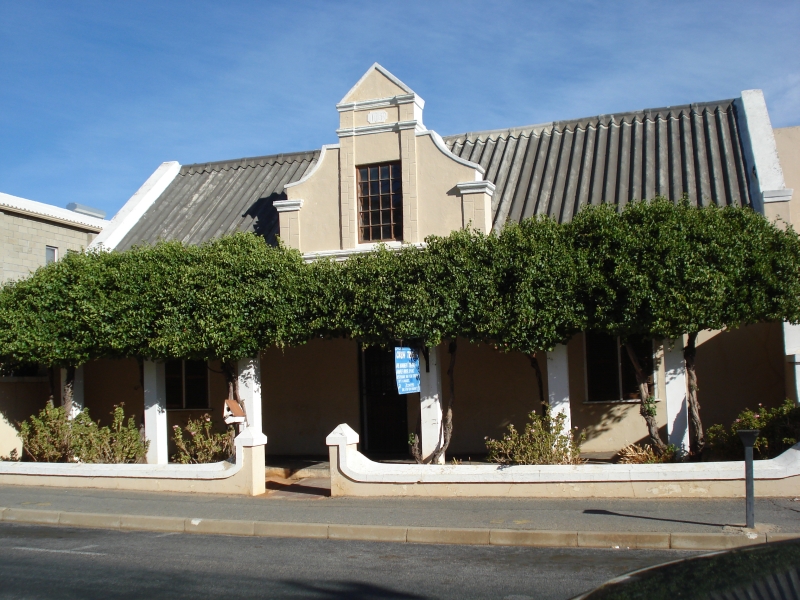 Worcester is beautiful. It is surrounded by the Brandwacht, Overhex and Langeberg Mountains, whilst tree-lined Church, Russell, Trappes, Tulbagh and High street (which ends at the Drostdy, home of Worcester’s first magistrate) are lined with charming, gabled buildings that date back to the 1840s and 1850s.

Such is its unique architecture that the Worcester gable is now recognised in its own right. The width of its streets hint at the wagon drawn carriages that graced the avenues, and the size of some of the buildings, particularly uptown, indicate a former wealthy and prosperous community.

Worcester was the site of the new magisterial seat during the 1820s, after Tulbagh, and its houses have Victorian and Cape Dutch characteristics, typical gables and wonderful verandahs. Whilst many of the thatched roofs have been replaced, most of the buildings are in beautiful condition, and there are historical walks one can take through the town. 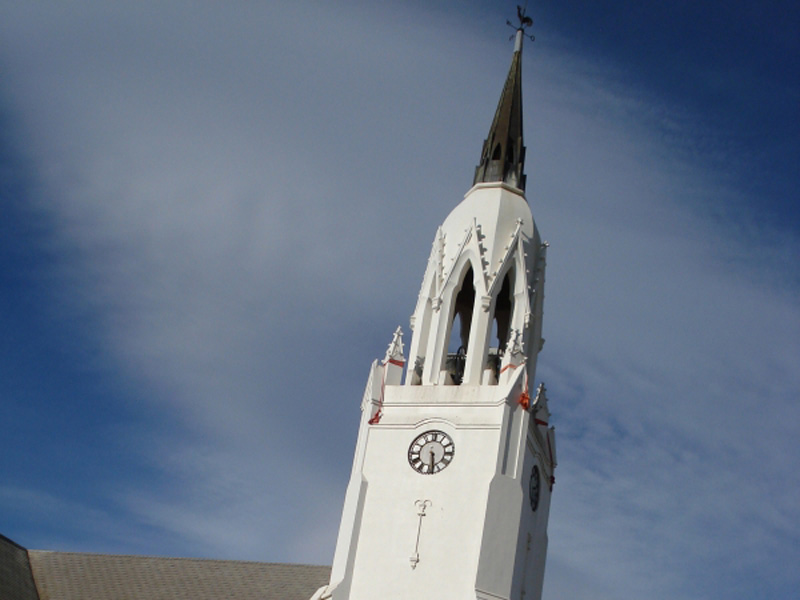 The Dutch Reformed Church, also a national monument, is a particularly beautiful example of Gothic revival architecture, complete with a peaked steeple made of tin that was added later. But head down to the downtown end of Worcester and there is as much character, such as the mosque and the old synagogue on Durban Street.

Worcester’s Wine Route that includes around eleven different cellars is divided along the R60 to Robertson and R43 to Villiersdorp from town. Neither of these routes is adequately sign-posted or advertised, unless you stop off at the town’s Info Centre to pick up brochures (assuming there are any), even if it is closed on much of Saturday afternoon and Sunday.

Neither is the fact that the Worcester Wine Route is not only the largest wine route (producing a fifth of the country’s wine), but also one of South Africa’s most important wine-making areas, and home to the world’s largest brandy cellar in the form of KWV.

We left Worcester via the R43 where it heads up the valley through beautiful, unfrequented parts of the country that are not nearly as well marketed to the well trodden lanes of the Franschhoek Wine Route, for instance. For those of you who enjoy the ‘not so well trodden’ routes, this is well worth exploring. 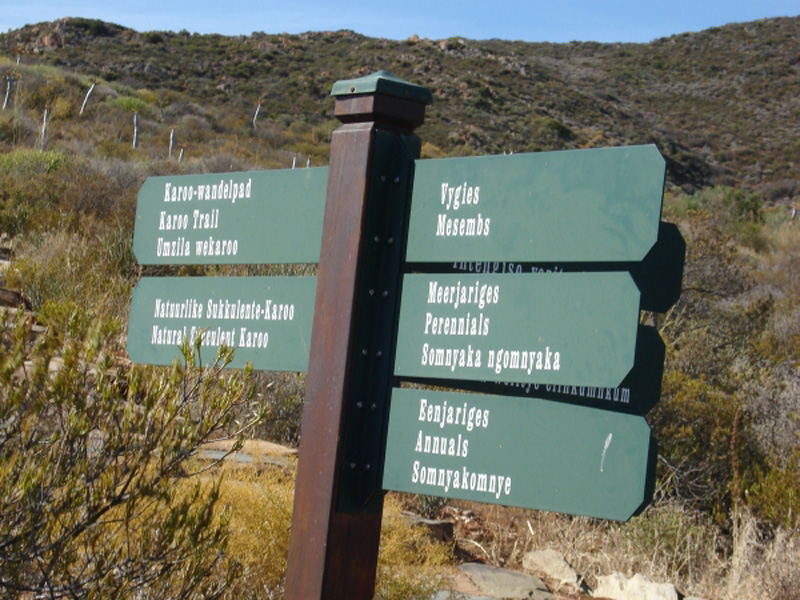 It continues through Villiersdorp, their claim to fame is a tractor museum, and on where one can either head off to Franschhoek and beyond, or on to Grabouw.

Our hostess for the weekend suggested we dine at the Kokerboom restaurant at the Karoo Desert National Botanical Garden, when we pressed her for restaurant ideas. This beautiful, if small, garden lies off to the left of the main intersection at Worcester. We were to discover that this part of Worcester is as lovely.

Out here lie various farms and suburbs about which one is totally unaware when on the N1. Most people only pass through Worcester, turning right briefly through the old town, over the bridge and en route to Robertson.

The Karoo Botanical Garden, in the heart of the Small Karoo, is quite beautiful, although we chose the worst time of year to visit – gusting winds and the hottest weather of the year are probably not conducive to a thriving garden. Come here in spring and it will be a different story. 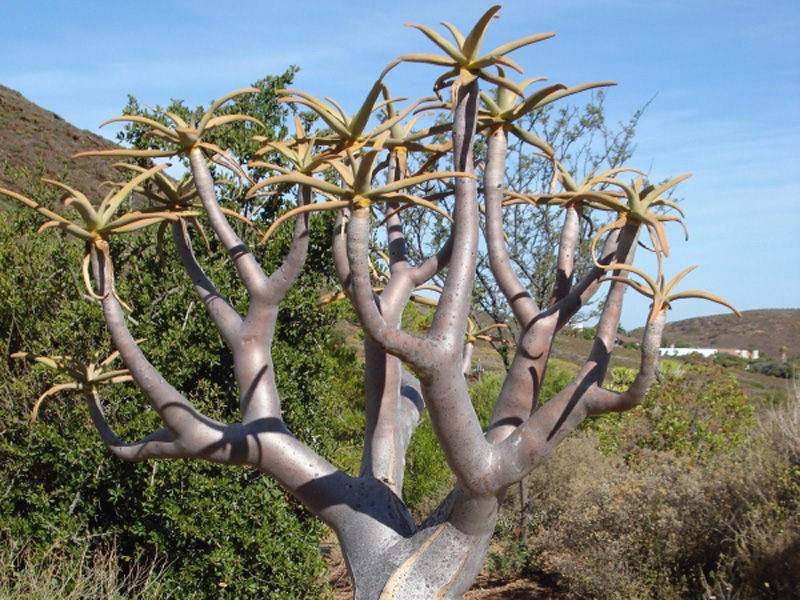 Nonetheless, it was still worth exploring and alive with succulents, aloes, quiver trees, and over 300 species of rare and endangered plants. The garden’s pathways are thick with shale stone from the area, and we stopped briefly to explore the traditional cooking shelter, used in the arid Richtersveld area.

Suffice to say that the Kokerboom’s kitchen was closed by 5pm.

Restaurants and coffee shops aside, Worcester, despite the winds, is well worth visiting at any time of year.