If you’re looking for a not-so-taxing, can-do-on-extremely-hot-days kind of hike, then the Yellowwood trail Kirstenbosch is definitely up there on the list, along with strolls through neighbouring Cecilia forest and Newlands forest.

It’s also a great hike to do with children as it’s manageable within a couple of hours, or can extend into a whole morning of it as the delightful pools along the way are invariably filled with tadpoles or pebbles and a litany of other amusement options.

Most importantly the walk takes one through what remains of beautiful Afromontane forests in the foothills of the mountains at Kirstenbosch.

Afromontane forest is typically found in mountainous regions, characteristically in the Drakensberg, Mpumalanga highveld and Knysna, and filled with massive trees like yellowwood, Cape beech, ironwood, stinkwood, hard pear, shrubs, ferns and a series of wild ‘monkey rope’ vines that allowed the boys on our walk to give vent to every desire to impersonate monkeys or Tarzan.

The Yellowwood trail is one of four sign posted trails you can do within the boundaries of Kirstenbosch. And the start of the trail follows the road that leads into Skeleton Gorge, but it’s well signposted so there isn’t much chance that you’ll continue upward after the initial incline of the walk by mistake.

Trust me, you’re looking out for the sign that indicates you can head off at a gentler pace on the contour path long before it appears. About the time when the littlest one says ‘mom, please carry me’!

You’re also only in the sun for the initial part of the walk, which is about ten minutes or so, and then you enter the dappled sanctuary of the forest, and there is an immediate sense of calm and cool, although it was fairly humid in the forest when we attempted the walk.

If you’re quiet enough, you’ll see any number of birds, including owls, and the rustling of forest shrews, mongoose and mice. We found a beautiful specimen of a bumble bee lying dead on the side of the path. Alright, not quite an owl, but others on the hike with us promised they’d spotted one on their last time in the forest. 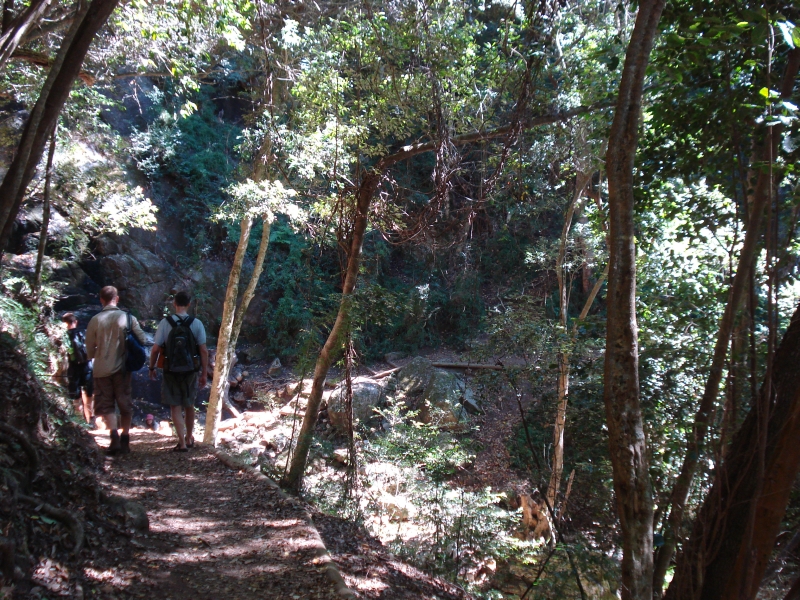 And that’s the major draw of this walk. You can do it repeatedly without it becoming anything close to boring. The wonderful thing about forests is that they’re changing all the time – trees fall, new paths develop and seasons change.

Come here in winter and the river that was a trickle on our walk, is a raging torrent due to rainfall, tadpoles give way to frogs, and we seek out the sunny patches, rather than trying to remain within the cool of the forest.

In total the Yellowwood trail is about 3 kilometres. Not much, but there is both a pretty steep ascent and descent, so if your knees are giving you problems, there are other paths you’ll want to try first, and for the avid hiker, this is pretty much a waste of time if you’re looking for exersion.

It starts on the path just opposite the fragrance garden, or what remains of it as at the moment Kirstenbosch is replenishing these beds. This path, or rather track, is known as Smuts’ Track, and pretty soon it hits a moderately steep gradient that meanders alongside Skeleton stream and eventually leads one to Skeleton Gorge waterfall, upon which you stumble on the contour path. 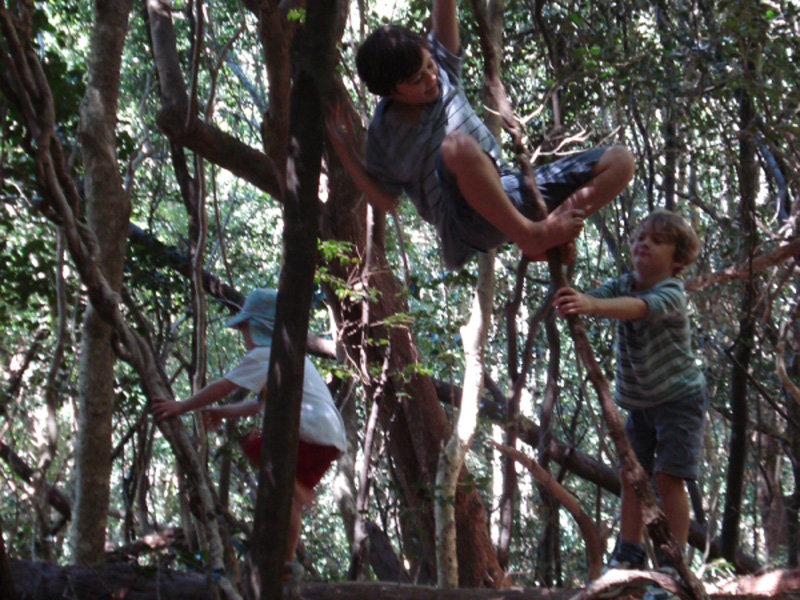 The waterfall comes from way above one from Skeleton Gorge, and those attempting the far more arduous hike, head off above the waterfall and higher.

Reaching the Skeleton Gorge waterfall, or trickle as it was on our walk, is something of a blessing. You’ll have just done the full climb into the forest and if it’s hot, be badly in need of a cool off. Right at the foot of the waterfall is a pool that provides a lot of fun and a great place to paddle.

It’s a good spot for snacks and shoes off time too. You could see just how forceful the water could be though, given that a couple of trees were standing a little lower down, their roots exposed, and the sand around them eroded to within an inch of their roots.

The forest around us, unbeknown to us, was undergoing something of recovery. Alien tree plantations were removed what must be close to 25 years ago as there is evidence that many of the initial pioneer trees, such as keurboom trees, are busy dying, as they do after about this length of time.

They will have provided enough shade to the true forest trees to allow them to grow unhindered. Hence the rather obvious hard pear trees, which now have thicker trunks even than the keurboom. But if you don’t know what to look out for, the forest is simply a beautiful forest.

We were also aware of younger yellowwoods – the trail’s namesake is not in evidence as mature trees, as many of these met a fate that had something to do with the need for ceilings, floors and furniture (believe it or not, this would have been from 1652 to the 1800s when the initial settlers hit Cape Town). Since 1960 this entire forest has been under rehabilitation.

A little further along you come to yet another stream, this one out of the deep shade of Skeleton Gorge, in the midst of scrub forest and a really good place for a dip, particularly if you’re hot. This water is the typical tea-coloured ‘black water’ that one evidences lower down in the gardens themselves.

Out of the water and back on the path, you reach what is termed a good ‘viewing site’, which has something to do with the fact that a major landslide occurred here in 1996 bringing half the cliff away with it and totally destroying trees that were over 300 years old on the hillside. But it does give one a great place to look out over the Cape Flats, Muizenberg and False Bay, as you begin to descend once again. 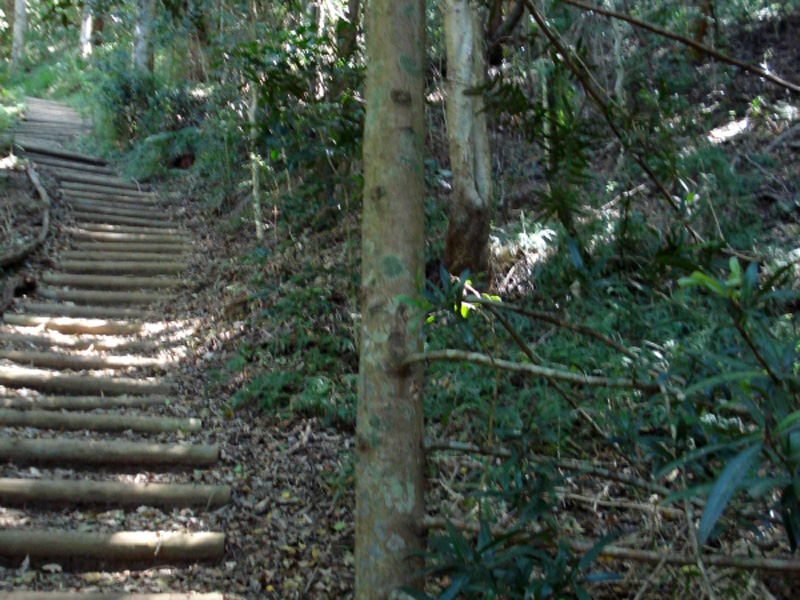 This part of the hike is again rather warm. The fynbos scrub through which we passed had obviously suffered in the last couple of months and some of it was noticeably scorched. By this time, you’re beginning to dream about the tea you have waiting on ice in the boot of the car!

The Yellowwood trail ends at the garden centre, close to the top restaurant, quite handy if you’ve packed a picnic that just needs to be brought in from the car.