Now reading: A Visit To Oysters R Us Is A Must

Included in an adventure holiday that my boyfriend and I were fortunate enough to win, was dinner at Oysters R Us. We were staying in Sedgefield and after taking a drive to the Wilderness to explore we stopped in at Oysters R Us. I must admit I was a bit apprehensive at first; the thought of sinking my teeth into live oysters didn’t have much appeal. My thought process when we walked in was that I would try at least one and my boyfriend could have the rest. 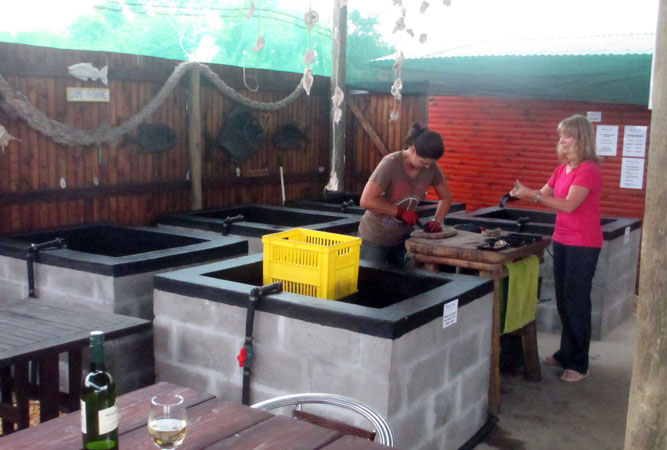 We walked in and were pleasantly surprised to find that we were not walking into some snobby restaurant as I imagined an oyster restaurant would be. As we came in we were greeted by Natasha, the owner of Oysters R Us, as she was busy shucking fresh oysters.

Around her were a number of oyster tanks, and i am sure she said they hold about 4000 oysters in total. The atmosphere was so incredibly welcoming when we arrived and the open air restaurant had a great feel to it. We took a seat at one of the benches and had a chat to the owners, Natasha and Natalie about the oysters , the fact that I was petrified to try them and our holiday so far. Natalie assured me I would love them … I was still hesitant though. Before we knew it, we were each presented with six juicy looking Oysters accompanied by a variety of condiments.

Natalie explained that traditionally you added lemon juice, black pepper and tabasco sauce although other people like the chilli soya, horse radish or pickled ginger. I figured I would go the traditional route first and prepared my oysters. 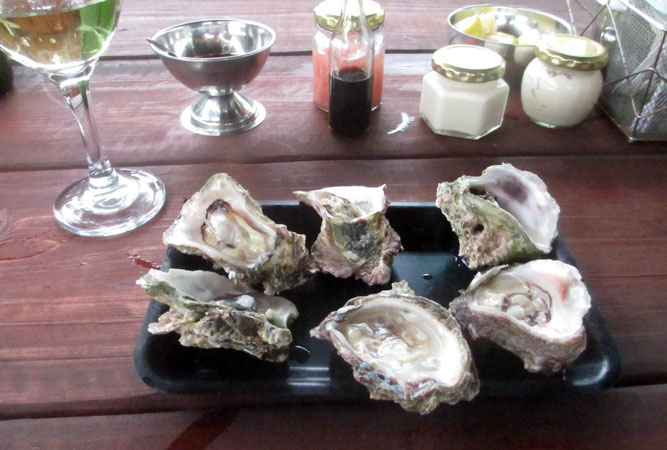 Well, I figured I had nothing to lose (except my stomach) so I took my little fork and popped the first oyster in my mouth at the same time as my boyfriend ate his first one. I decided I was not going to do what most people say and just swallow it, what’s the point in that?! I chewed the oyster and was amazed … I loved it!

I put a variety of different condiments on the others and guzzled them down with delight. Once I had finished I looked over at my boyfriend who was only halfway though his dish. He just looked at me and smiled, I think he was a little disappointed that he wasn’t going to get my ones after all! 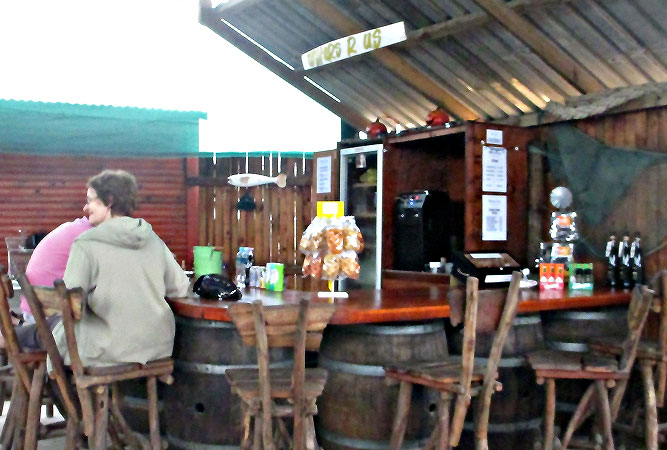 A stream of people came in during the course of the afternoon, enjoyed their fresh wild oysters and then left again. We stayed pretty much all afternoon , enjoying a bottle of wine and absorbing the wonderful ambiance. I couldn’t help myself and ordered more oysters to munch on … I don’t know what I was so scared about, I am so glad I tried them, they are delicious.

Once we had finished eating, Natasha invited us to sit with them at this other table just off the decking. The seats were remarkable, they were made of car tyres and were so comfortable. 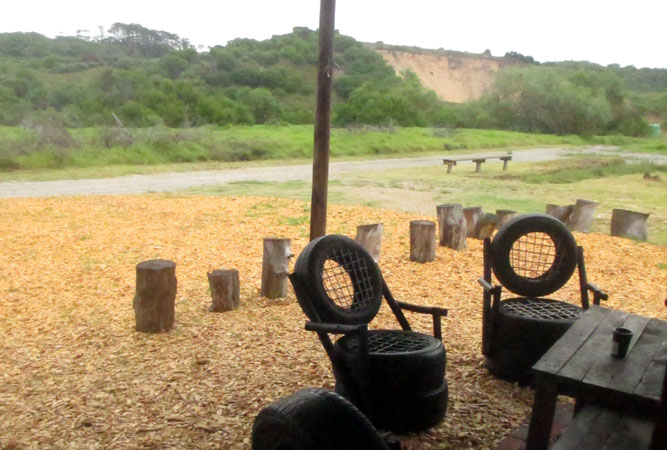 It is so rustic here and has such a warm welcoming and relaxed feeling. When you visit Oysters R Us it is as though you are at home you feel instantly comfortable, you may walk in a stranger but you certainly leave a friend.

I have never been to a restaurant anywhere and had such a wonderful time and that is purely down the owners and the incredibly vibe they create at Oysters R Us. 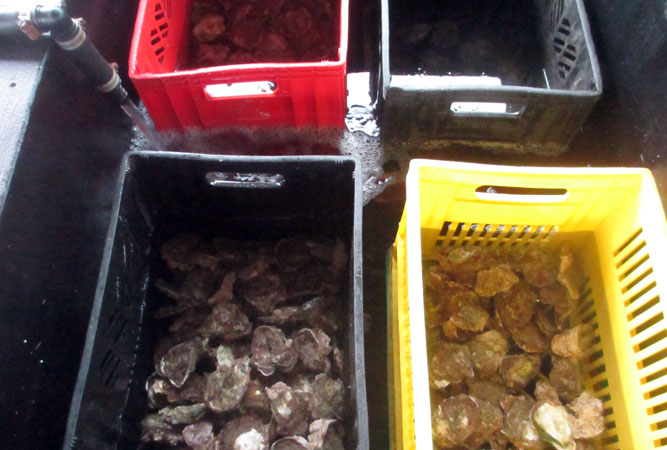