South Africa’s most Underrated Wine Regions – Anyone worth their salt knows that the bulk of South Africa’s top wine producers lie on the Cape South Western Coast within 145 km of Cape Town.

Something about the combination of folded mountains and crisp ocean air mean that this ‘new world’ region (despite having produced wine for centuries, South African wines have only begun to make a dent on the average overseas grocery store shelf in the last 10 years) has emerged as a high quality producer of both red and white wines.

Forty years ago South Africa had about 200 local wine labels. Most of the better ones came from around Paarl, Stellenbosch or Franschhoek (the traditional ‘winelands’) and those grapes grown elsewhere ended up at one of the major wine co-operatives. 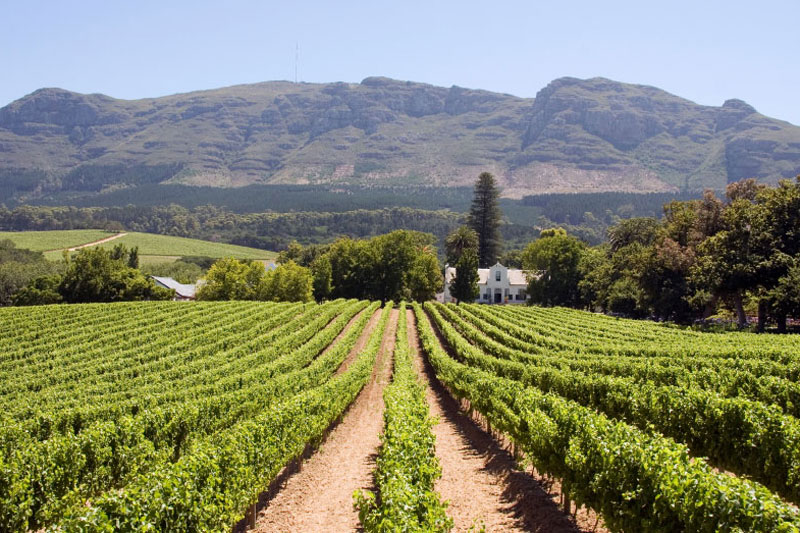 Today there are vineyards everywhere…

They stretch from the rugged mountains of the Western Cape all the way to the coast and the plains of the Klein Karoo. They line the banks of the Orange River where everywhere else is virtually desert, and there are a sprinkling of vines in other provinces, like KwaZulu Natal, Limpopo, Eastern and Northern Cape.

Wine making is such big business in South Africa that 99 463 hectares are under vines covering an area 800 km in length – that’s roughly 250 000 vineyard acres (for those of you who don’t do hectares) dominated by Chenin Blanc, Colombard, Sauvignon Blanc and Chardonnay grape varieties. But Cabernet Sauvignon, Syrah, Pinotage and Merlot get a look in as well.

There are so many underrated wine regions that SAWiS (South African Wine Industry Information & Systems NPC) has come up with official production areas and divided them into geographical, areas, regions, districts, wards and routes (but I’m not going to go into the nitty gritty of the structure or we’ll get lost in the detail).

Suffice it to say that wine does not start and end with the south Western coast of the Cape. Other underrated wine regions are as worthy of exploration, more so because they are so unexpected and their wines a delightful discovery. 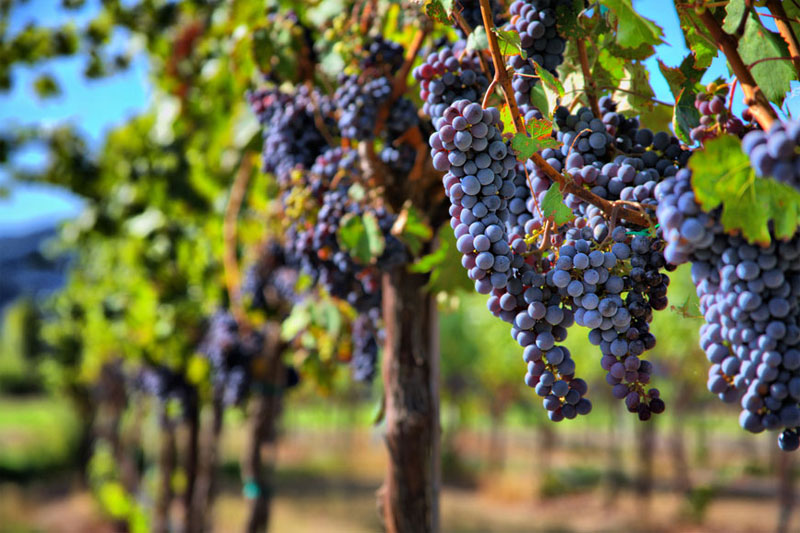 The easternmost wine producing region in the Cape, the wine estates of the Klein Karoo stretch along the world’s longest wine route – Route 62, from Montagu in the west to the Langkloof in the east. The heart of the region is a flat semi-arid basin surrounded by some of the most imposing mountain ranges in the Cape – the Groot Swartberg and the Langeberge-Outeniqua Mountains.

Rich soils and microclimates particular to the region have produced fortified wines for years, but more recently the region has become famous for dry table wines. It isn’t wine alone that dominates the region either – beer, wine, brandy and port combine to make this one of the most diverse of the wine regions.

But more than a wine region the Klein Karoo is a lifestyle destination with some of the most incredible scenery, unique fynbos, thicket and succulent Karoo biomes that draw thousands of visitors, and a peaceful and friendly atmosphere that makes driving the route so enjoyable. 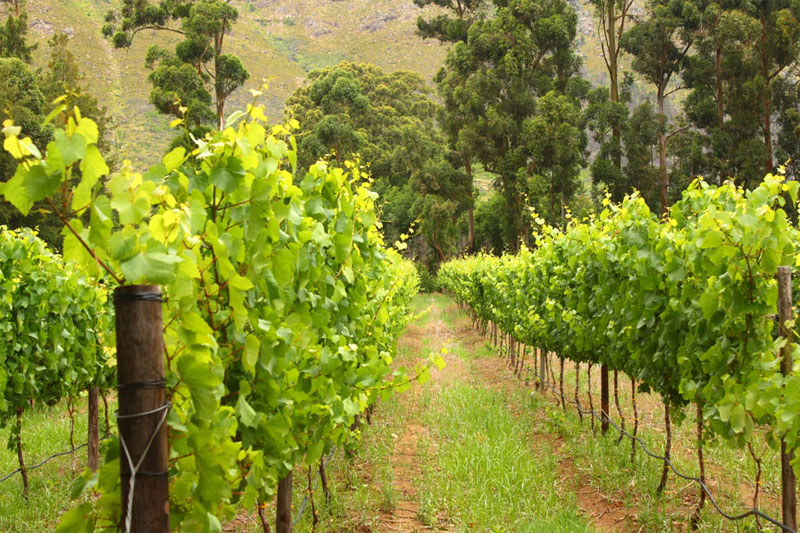 South Africa’s most isolated wine-producing region, the Orange River’s vines expand for about 350 km along the banks of the Orange, or Senqu River, South Africa’s largest and most famous river. Known also as the Green Kalahari, where the rainfall is sparse and average summer temperatures are high (over 25°C) 23.5 million vines (10% of the country’s vineyards) stretch in a spine of green along the river through the wine-growing areas of Keimoes, Kakamas, Grootdrink, Groblershoop and Upington.

The wine scene of the Kalahari is almost completely dominated by Orange River Cellars, the country’s largest winery and the second-largest wine cooperative in the world, for whom 890 farmers grow grapes across five vineyards. Yields from vines on the sides of the bank average 23.4 tons per hectare.

Historically, vines have grown here since the early 1900s. Back then they were for raisin production. Only after discovering that the sultana grape was a lot better for wine than raisins was the Orange River Wine Cellars established. The Orange River wines are best known for the desert wines, as a result, particularly Muscadel. A few boutique and small cellars have joined the ranks. All cellars are signposted. 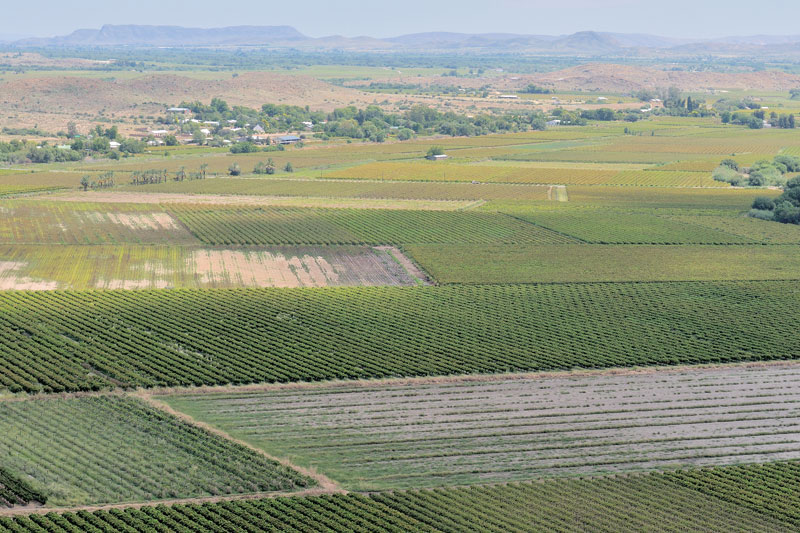 Wine is something new for the KZN province, which is not an official wine ‘region’, but a ‘geographical area’ instead. We’re including it because it is still small, and the least known of the wine producing areas in the country.

The province began experimenting with viticulture only in the early 1990s with the first serious planting in the early 2000’s.

Thirty years later and KZN boasts one of the highest altitude certified single vineyard estate wines in the country by Abingdon Wine Estate, whilst Highgate Wine Estate produced the province’s very first certified Chardonnay. Both Abingdon and Highgate are in the Lion’s River area of the KZN Midlands.

Because grape growing conditions are so very different from the Cape, the KZN wine producers have largely had to go it alone. With plenty of hands-on encouragement from Cape growers and viticulturists they have nonetheless forged ahead, made some mistakes, and often have had to make a plan and do it themselves.

A third large scale wine holding, Cathedral Peak Wine Estate, has 27 hectares of Pinotage, Merlot and Cabernet Sauvignon under vine just outside Winterton on the way to Cathedral Peak. They are active on Facebook, look them up!

Another pioneer is iLembe Co-operative Vineyards and Winery, near Ballito – the first government backed winery in the country.

The challenge of hot, humid summers followed by dry winters whilst perfect for sugar cane was a challenge for the project when growing vines on the north coast. They addressed this by growing Villard Blanc (popular in Brazil and the US), a varietal that is resistant to downy mildew.

The first harvest yielded 28 tons of grapes, translating roughly into 9 000 bottles of wine (Seventeen Eighty Seven is their flagship white wine, and the first wine of origin named after the year of King Shaka’s birth). 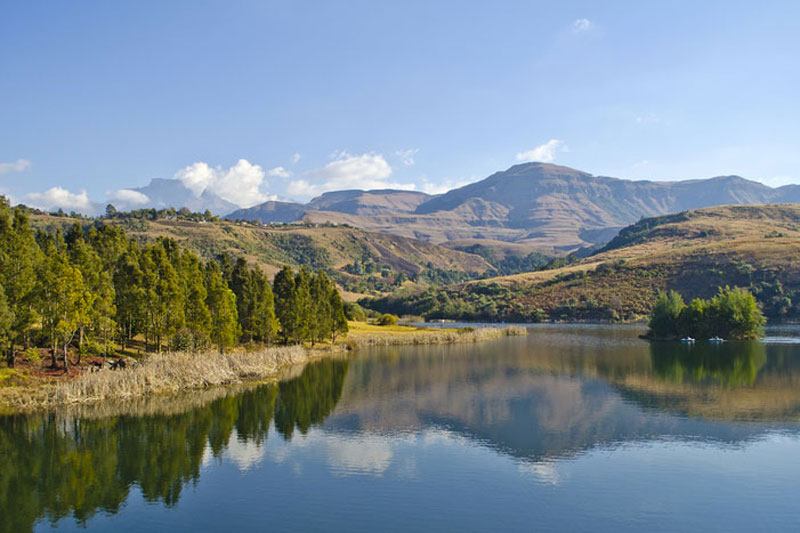