Memorable Staycation Ideas in South Africa city-by-city – Have a Holiday Without Straying too Far from Home.

/steɪˈkeɪʃ(ə)n/ – the cheeky blend of ‘vacation’ and ‘stay at home’ describes the idea that rather than going overseas one takes a holiday in one’s home country. Staycation ideas in South Africa mean you holiday without venturing too far from home.

Going on holiday without leaving the country is something South Africans do well.

But we’ve gone a step further with our staycation ideas in South Africa. We’ve found escapes within 2 hours of your city.

How many of these staycation ideas in South Africa do you know…we think you’ll be surprised.

Staycation ideas in South Africa, city-by-city: Go on holiday with none of the hassle of travel long haul…

Within 2 hours’ of Cape Town – staycation ideas in South Africa

With the Cederberg a little too far away for an easy 2-hour drive, the Witzenberg Valley with its fulcrum towns – Ceres, Tulbagh, Prince Alfred Hamlet, Op-die-Berg and Wolseley – is easily one of Cape town’s lesser known yet stunning escapes.

The huge basin lies deep within the folds of the Skurweberg accessed along the Witzenberg and Gydo passes, which open into the valley rich in deciduous fruit orchards. Explore the towns, the Warm Bokkeveld, Koue Bokkeveld and the Ceres-Karoo that stretches between the Groot Winterhoek and Hex River mountains. 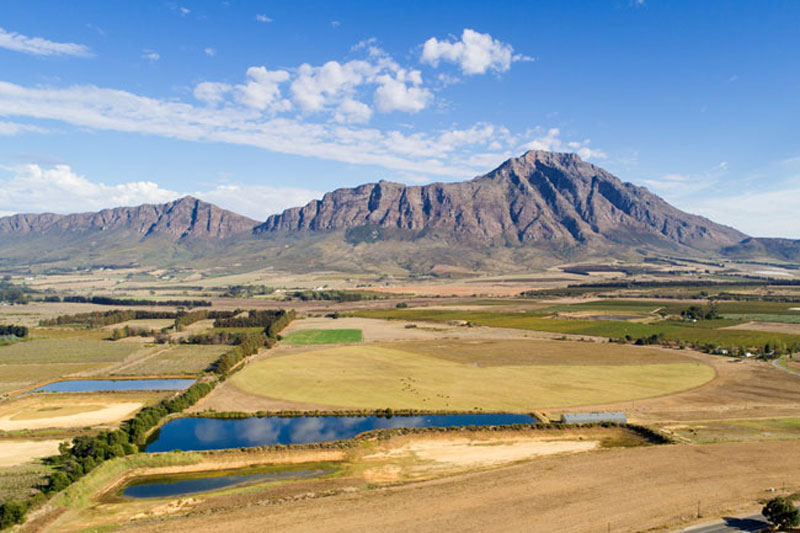 With the Winelands right on Cape Town’s doorstep it seems remiss not to venture forth. Whilst towns Franschhoek and Stellenbosch are extremely popular, Paarl, Wellington, and the remote and beautiful Bainskloof Pass through the Limietberg are as worthy of attention. 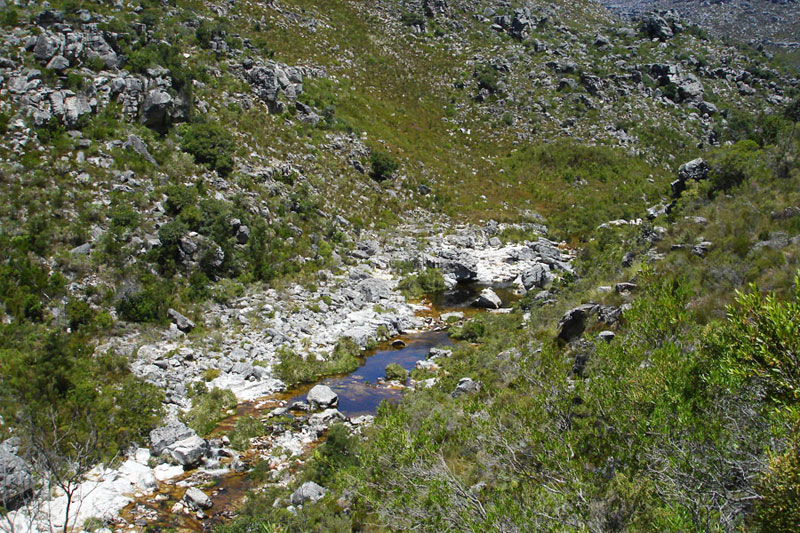 Do yourself a favour and approach Caledon via the Hemel en Aarde valley – it’s by far the most beautiful and unusual drive. The town, once known as the Klein Zwarte Berg, has attracted visitors for centuries because of its healing waters (the swanky Caledon Spa bears testimony).

When here drive out of town to Tesselaarsdal if you want one of the last real ‘country’ experiences left in the Western Cape. Greyton and Stanford need little by way of introduction, but neither has lost its holiday charm. 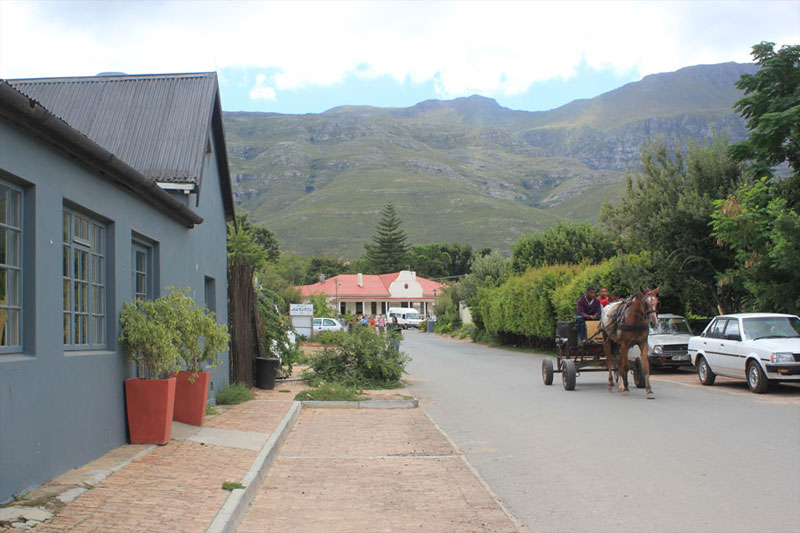 Staycation ideas in South Africa – within 2 hours’ of Joburg & Pretoria

The mountain lake region of Broederstroom

Avid outdoor enthusiasts of both Johannesburg and Pretoria head to Broederstroom, an area on the Daspoortrand in the foothills of the Magaliesberg Mountains, conveniently close to Hartbeespoort Dam.

Walking  and MTB trails, the space to breathe and plenty of activities that include river rafting, hot air balloon safaris, the Crocodile Ramble (art, craft and foodie heaven), the Magalies Meander and craft breweries make it an experience. 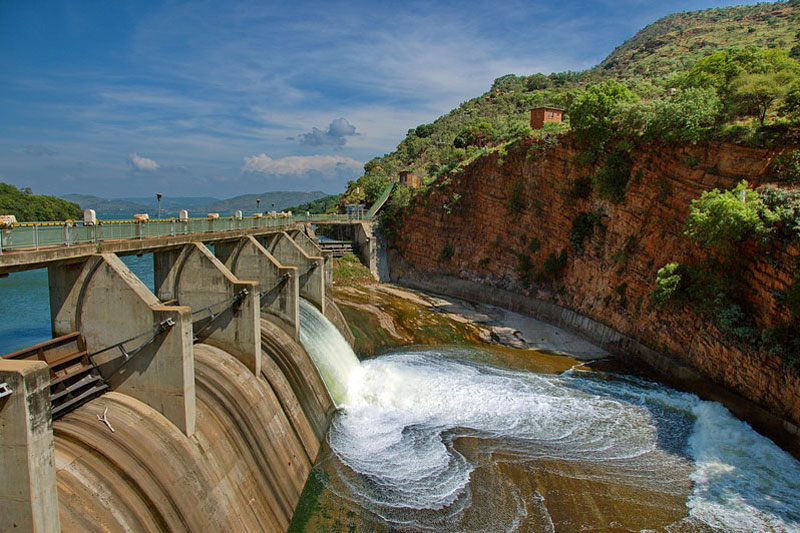 Dinokeng, the place of rivers

Even Jo’burgers rate this Big 5 game reserve, only 40 minutes’ drive from Pretoria, as ‘awesome (it’s not Kruger, but definitely gives the feel of a ‘park’). The guides are knowledgeable, the lodges stunning (there’s also a camping site, or you can stay here), and the game drives really worth it for sighting game.

If you do self-drive the reserve, make sure you have a high clearance vehicle. But Dinokeng isn’t only a reserve, it’s an area that includes the town of Cullinan, and Roodeplaat Dam close by. The offer of African bushveld combined with adventure is difficult to pass over. 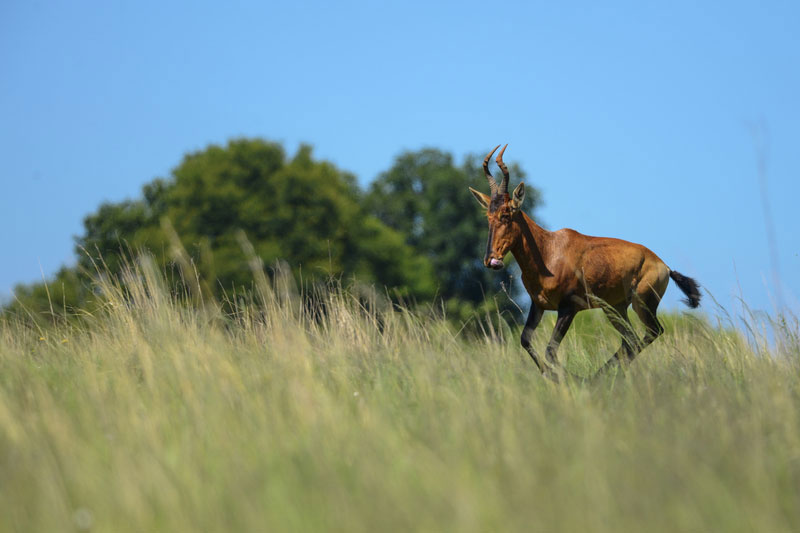 Parys, Gauteng’s answer to Paris, is said to be the perfect small town escape from Joburg. It lies just across the border of the free State, where the North West and Free State coincide on the Vaal River.

And whilst it may lack the Eiffel Tower, it does have Le Petit Paris Secret Passage, a courtyard dedicated to all things French just off the main road through town, and a humdinger of an activities’ list for anyone staying in the area. It also lies within the Vredefort Dome – the oldest and biggest meteorite impact site in the world. Our advice: don’t explore the dome without a guide. 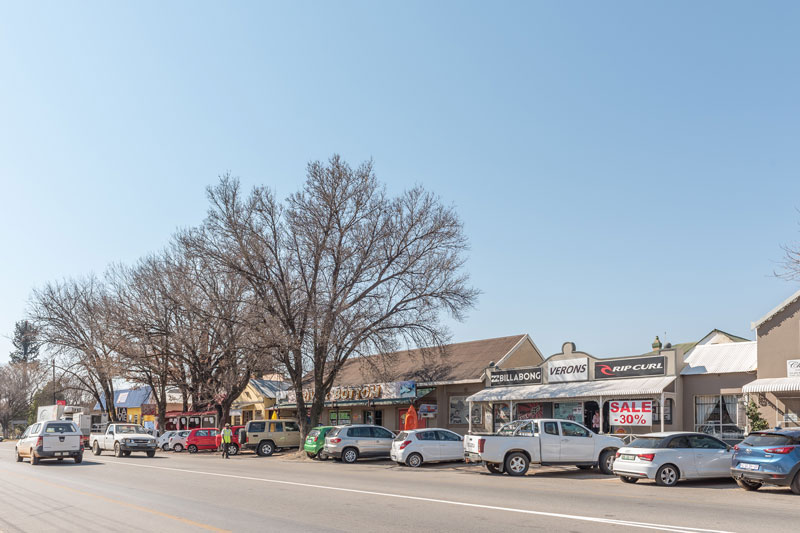 Staycation ideas in South Africa within 2 hours’ of Durban

The lost valley of the Karkloof

Just over an hour from Durban, on the edge of the Midlands Meander,  is a valley of outstanding beauty. A biodiversity hotspot the Karkloof Valley – unspoilt mistbelt grasslands, farmlands, dams, Mondi and Sappi forests, tracts of original mistbelt forest, and the treed mounds of the Karkloof, Mageburg and Khyber mountains in the near distance – is incredibly beautiful (stand on the wooden deck overlooking the Karkloof waterfall and you’ll see what we mean).

In the Karkloof Forest Reserve you can glide from tree to tree on a canopy tour, Sappi Karkloof Mountain Biking trails are extensive winding networks through plantations, and there’s a crane and conservation centre. All yours. 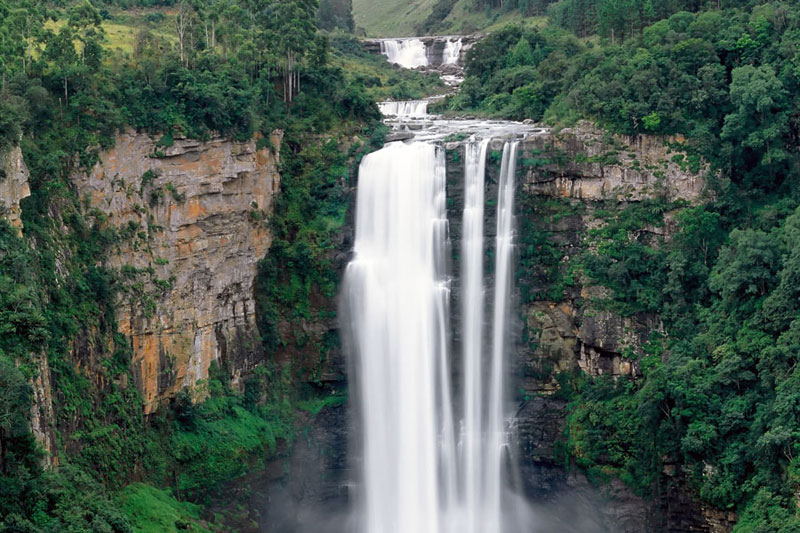 The coast of sugarcane & dolphins

You hardly need leave Durban before you hit fields of sugarcane. With unusual names like Umhlali, Ballito and Umdloti, a series of coastal towns lie alongside farmland that overlook beaches providing some of the best swimming in the country.

There’s little to add other than this has been a favourite haunt of South Africans for years. Why should it change now? 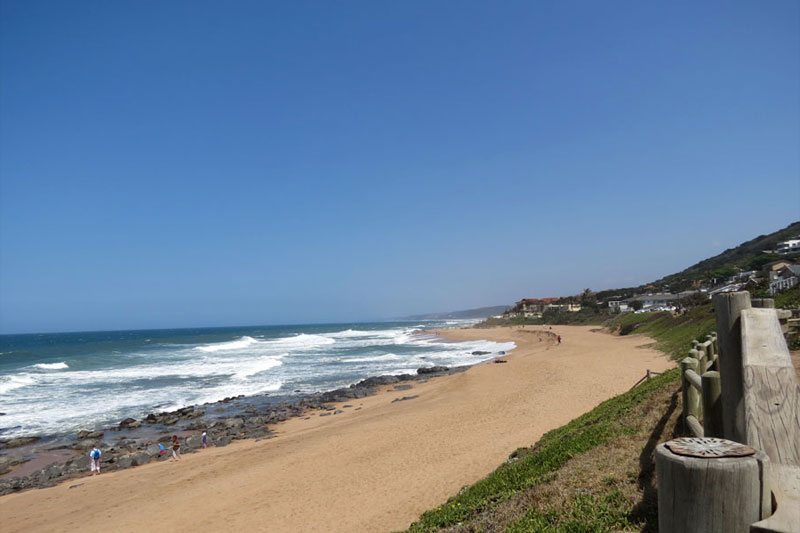 The south coast gorge named after a buck

The south coast of Durban is famous for its seaside resorts. But just 20 km inland of Port Shepstone is a place of a different kind of beauty.

Oribi Gorge, named for the little buck rarely seen but found in the area, is a heady mix of forests, rivers, ravines and rapids, its towering sandstone cliffs and 24 km-long gorge a welcome respite from sea, sand and sun. If you can, hike the Nkonka trail that runs alongside the Umzimkhuluwana River and, if you’re brave enough, take the Wild Swing! 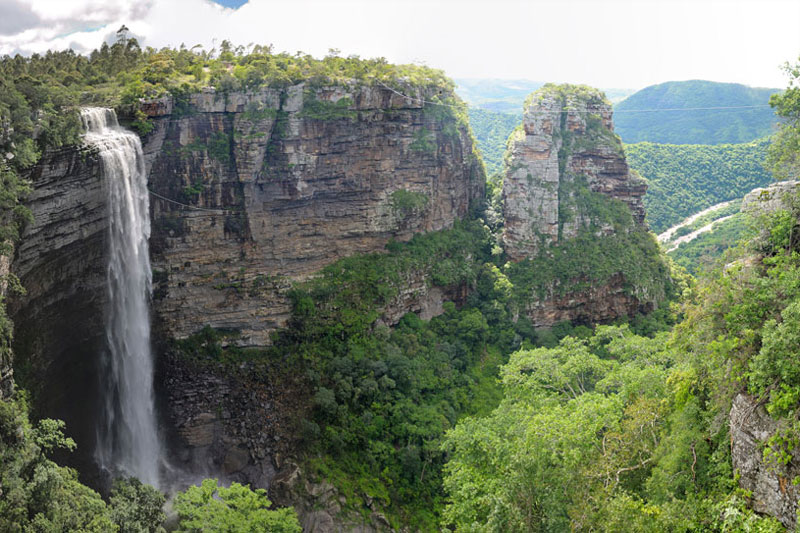 Staycation ideas in South Africa within 2 hours’ of Port Elizabeth

Lord of the Rings Country

Peter Jackson got it wrong when he shot his 3-movie trilogy in New Zealand. Because, had he but taken a glance at this incredible kloof with its forests, passes, rivers, mountains and Unesco World Heritage status, he might well have changed his mind.

Baviaanskloof is a gift of nature when you consider its incredible biodiversity, access to animals that include the aardwolf, aardvark and such an array of birds that you could stay a year and not sight all you’d wish for. There’s far more to it, too, than a simple drive-through. You can hike, take horseback trails, mountain bike, rock and mountain climb, and stay anywhere along the route. 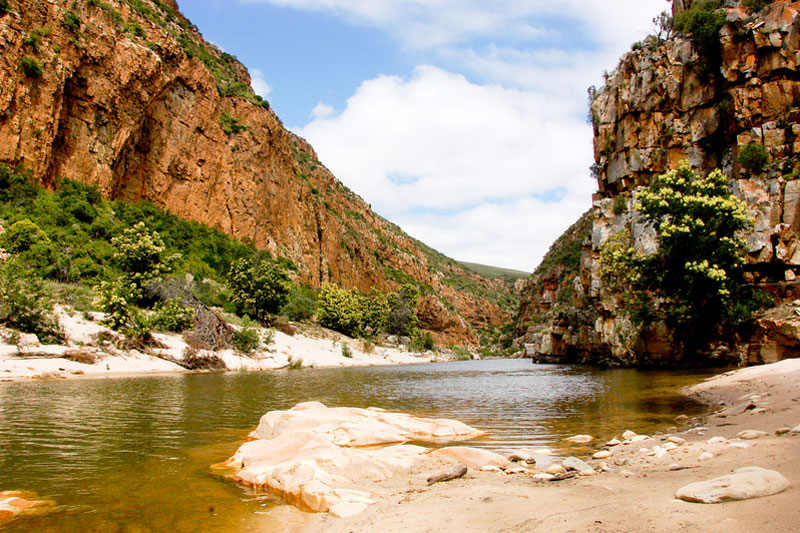 The Mouth of the Storms River

If Baviaanskloof’s beauty wasn’t heady enough stuff, then Storms River Mouth with its towering cliffs, stormy sea and misty cliffside forest walk should do the trick.

Port Elizabethans have it all when it comes to staycation ideas. Best is the suspension bridge across the surging river just as it reaches the mouth with its upward sideways view up the gorge from whence the river flows. There are  more than a couple of walks/hikes at the mouth including the Otter Trail. 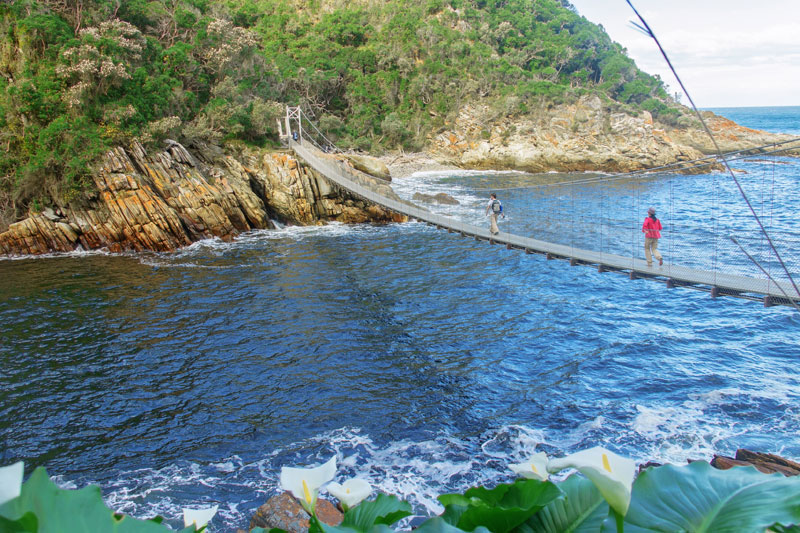 Just as life could get a little tricky if ice cream came without vanilla or chocolate, so too the Sunshine Coast without its two fulcrum towns.

Both are seaside villages within 2 hours’ of PE, but they’re very different – Port Alfred is a river port with a tidal marina, rich history, characterful village and holiday homes, whilst Kenton-on-sea is a three-beach idyll that gives new meaning to seaside holiday. 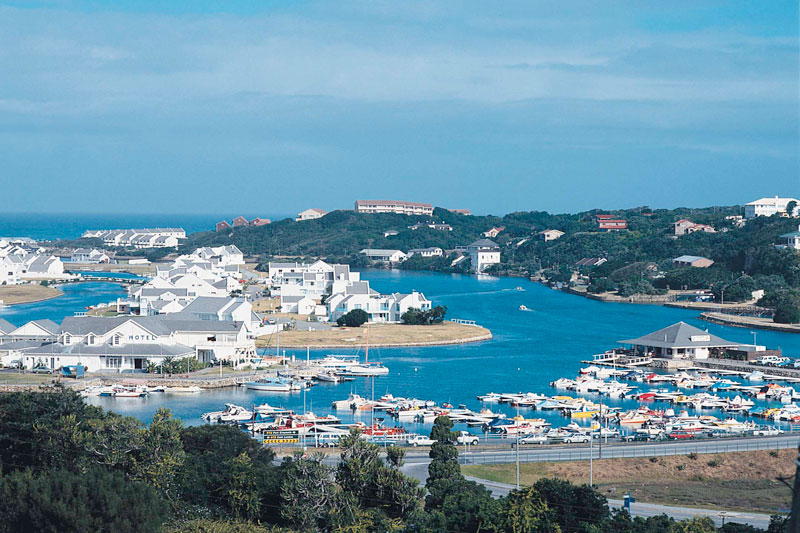 Staycation ideas in South Africa – within 2 hours’ of Bloemfontein

If historical tales, wide streets, museums, gardens, battlefields, galleries and Victorian mansions sound enticing, then Kimberley, not even 2 hours’ from Bloemfontein, is going to capture your heart, more so because you’re not expecting it to be quite as much fun as it is.

There are historical walks, ghost tours, pubs, restaurants and, the Big Hole – by far the star of the show. 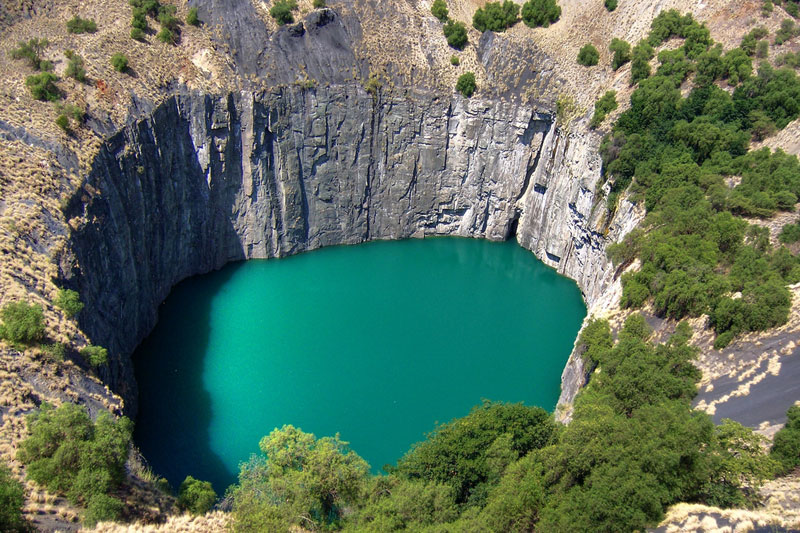 The Free State’s secret is its little artistic towns – Smithfield, Clocolan and Ladybrand unusually so – that lie in amongst huge swathes of farmland, or beneath the commanding peaks of the Maluti Mountains along the Lesotho border.

Let the wide skies, inspiring scenery and charm of the locals work their magic on you. 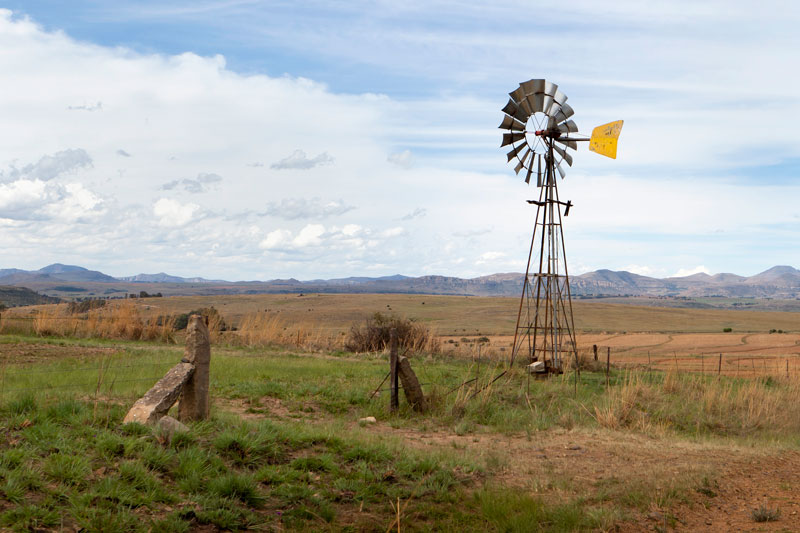