Dungbeetles seem to be a favourite sighting for visitors to South Africa, based on the number of photographs of dungbeetles that have been entered into our photographers’ competitions. Here is one of my favourites from our Photographers Competition November 2009, by Neville Cowen of the UK.

This particular dungbeetle was captured on film, in the malaria-free Addo Elephant National Park, which boasts the largest remaining population of this endangered beetle in the world. The main attraction of the Addo Elephant Park is the park’s 350 or so African Elephants. The Black Rhino and Cape Buffalo are also notable species, as are many other large herbivores, particularly antelope species such as kudu, eland, red hartebeest and springbok.

Photograph by and © Neville Cowen (UK) 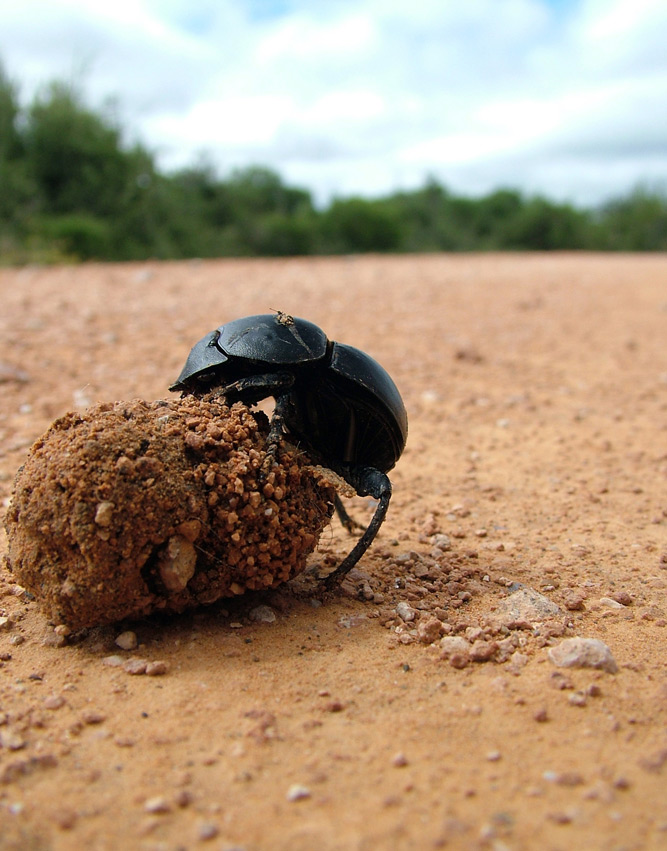 You think you have problems, I live on this stuff and I can’t fly

A third group, the dwellers, neither roll nor burrow: they simply live in manure. They are usually attracted by the dung burrowing owls collect. Dung beetles play a remarkable role in agriculture. By burying and consuming dung, they improve nutrient recycling and soil structure. They also protect livestock, such as cattle, by removing the dung which, if left, could provide a habitat for pests such as flies. (Source: wikipedia.com)

I've just started using my DSLR and want to get the hang of modes other than auto. Whilst playing around trying to find out where to start and where best to focus, I've written a few pointers to share with others who also want to do more than simply point and ...