Now reading: The Lesser Flamingo – Where To See Them In South Africa

But would you be quite so dismissive if you knew that the graceful lesser flamingo is a Near Threatened bird?

You find these light pink birds mostly in Africa, where they are said to congregate in huge numbers at Lake Natron (northern Tanzania), the Etosha Pan (Namibia), Sua Pan (Makgadikgadi Pan in Botswana) and the Kamfers Dam, just north of Kimberley, in South Africa.

Lesser flamingos spend their lives cruising between the saline lakes of Africa in search of spirulina algae, which must have as much of a positive effect as it claims to have on humans as the average five pound bird lives more than 50 years in the wild… 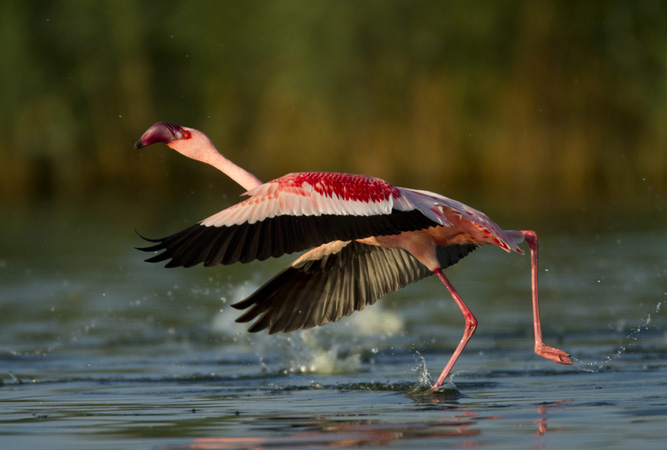 Kamfers Dam – best place to see them in South Africa

It is an IBA (Important Birding Area) and home to thousands of lesser flamingos – over half the southern African population.

Kamfers Dam is one of their favourite feeding places for the high concentration of algae. And so the birds tried laying along the banks of the dam, to no avail – too much disturbance and rapidly receding water levels in early summer.

What you won’t know, just looking at it, is that this 500 hectare water catchment receives daily doses of raw sewage from Kimberley. This, combined with storm-water run-off, means the dam has mutated over time from an ephemeral pan to a permanent wetland. 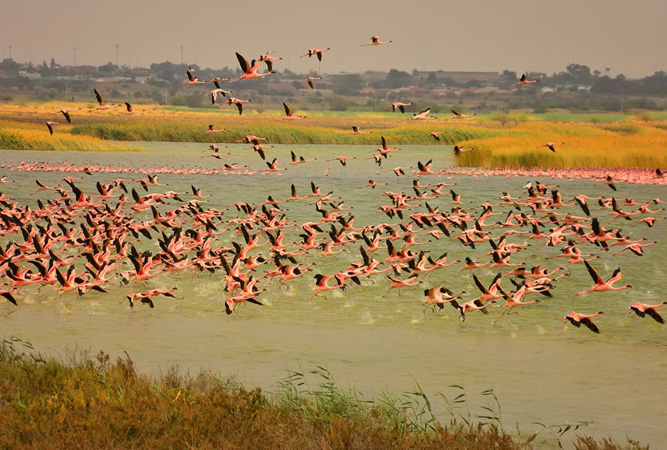 Then, in 2006, the long-held vision by Birdlife Africa’s Mark Anderson to build a major artificial S-shaped breeding island project to encourage the lesser flamingo to breed on the dam, got the go ahead with funding from Ekapa Mining.

The uptake by the birds was almost immediate and huge numbers of these pink birds stretched in an S-shape as far as the eye could see, from November through to April.

The initial years of the breeding project were hugely successful. Kamfer Dam was touted as the only breeding locality in the country, and the fourth in Africa. The years 2007 to 2010 saw a continuous spate of chicks (2008 / 2009 produced 13 000 chicks).

Yet today the lesser flamingos don’t even get close to the egg-laying stage because the water level drops so quickly in early summer, leaving the nests dry and exposed. 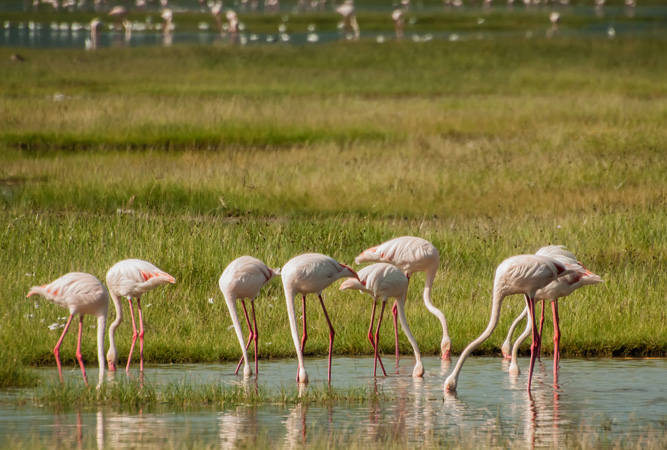 Since 2008 conservationists have actively spoken out about the sewage pollution, leading to severe algal bloom, which could easily result in an outbreak of toxic Microcystis algae. On top of this there were plans to develop close to the dam, fortunately halted through legal action against the developers.

Exuberant summer rain, in 2009 through 2011, saw two metres more water in the dam than the dam could tolerate. The breeding island was covered in water and some chicks drowned.

Again conservationists warned, in 2010, of deteriorating water quality of the dam. How much longer could the flamingos tolerate the water.

Whilst Kimberley’s municipality addressed the overflow of water by pumping excess treated sewage to a pan at Langleg, and excess water away from the dam, sewage is still an issue.

In 2013 an outbreak of avian botulism killed over a thousand lesser flamingos, geese and ducks, whilst malfunctioning sewage pumps caused the death of hundreds of catfish in 2015 – an incident dubbed by the press as the ‘river of blood’.

In February this year Kamfers Dam suffered its lowest levels yet. The municipality blamed the drought.

According to Mark Anderson of Birdlife SA the flamingos no longer breed at Kamfers Dam because the water level is so inconsistent and the island needs a topping of clay for them to build nests. 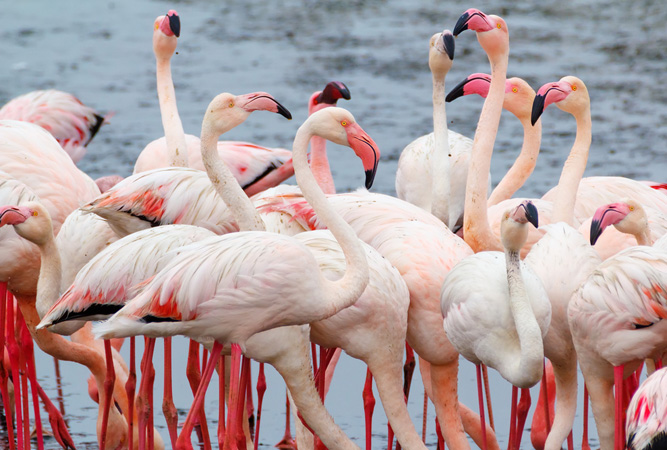 Can one still see the flamingos at Kampfer Dam?

The sheer spectacle of the birds remains amazing. Their numbers are increasing, rather than decreasing, as a result of drought in other parts of Africa.

Go and see them while you can! The sight of thousands of pink and white birds against the urban skyline is spectacular.

Best time to see them:

November to April provided the water level is not too low. You can also see them during winter if the dam is not very full and there is enough food for them.

Where to see them:

there are no official viewing points or bird hides.

an unmarked gravel road off the N12 that leads to the railway line running parallel to the N12.

Brian Culver on Facebook (local guide of the area). 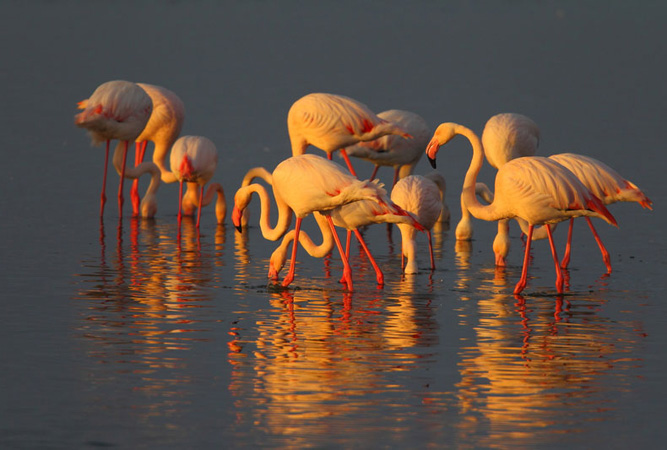 Where else to see them in South Africa: 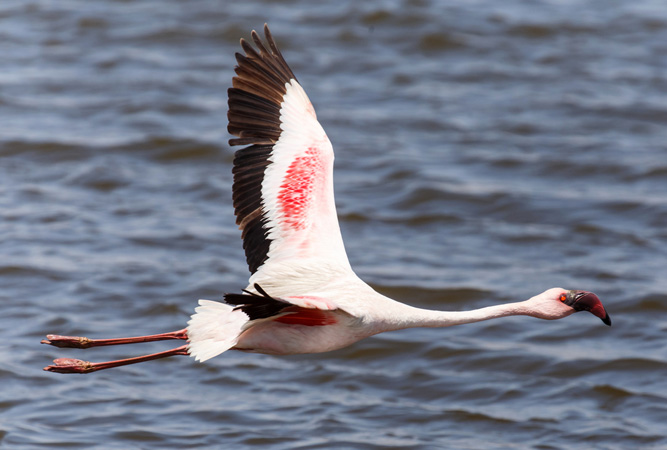