Now reading: 7 Unforgettable Things You Can Do Only in Port Alfred

Until now Port Alfred’s byline has been ‘retirement village’. But this is changing fast  as a younger set and their children move into the portside village seeking an alternative and slower lifestyle.

As a result, it’s inspiring to discover that the town has its own micro-brewery alongside the river, a trendy courtyard lifestyle centre, a  marina with blue flag status, a handful of really good restaurants, and a series of activities to keep you busy for a week.

Port Alfred lies bang smack in the middle of the Sunshine Coast with typically mild weather that translates into beach days, even in winter. Named after Queen Victoria and Prince Albert’s second son, Prince Alfred, it’s been here almost 200 years…

Once it gave up on the idea of functioning as a major seaport, thanks to the sandbank at the mouth of the Kowie River, its navigable river and great beaches began to function as a mini Riviera on the Sunshine Coast. 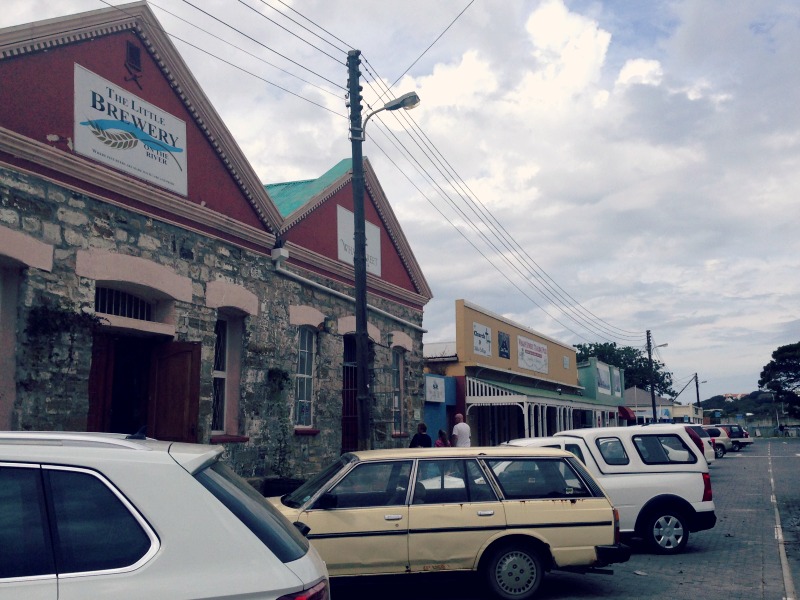 Wharf Street is a little collection of 19th-century buildings, some of them restored others in need of a bit of attention. It’s a busy little slip road that functions as a pedestrian thoroughfare on the river wharf, upstream from the river mouth. The Wharf Street Brew Pub is here, its dining room a vast space of exposed stone and brick, wooden floors, huge photos and craft brew on tap.

Next door is the Little Brewery with its own brewing and fermentation rooms and a bottling corner. Pop in for tasters of their pilsner and ale. The two lie in the only stone building in town and an historical landmark that functioned as a harbour master’s, a city hall, a goods store and a cinema. This was the original commercial street of Port Alfred back in the 1820s.

Across the river, in  Van De Riet Street, is another row of characterful, historical buildings. A few of them now function collectively as The Courtyard – a delicious blend of antique store, restaurant, bakery, home décor shop, florist, and tiny streetside Greek delicatessen – around a central courtyard with flagstone floors, fuchsia bougainvillea, and tables and chairs in nooks and crannies plump with cushions and zany lightfittings (at least indoors).

Zest’s food line-up is an easy companion to the distinctly Mediterranean vibe with imaginative salads, homemade pizzas, cakes, great coffee, Wi-Fi and a wooden canteen that once belonged on Grahamstown’s railway station. The Courtyard is a local favourite with accessible owners who are happy to chat. 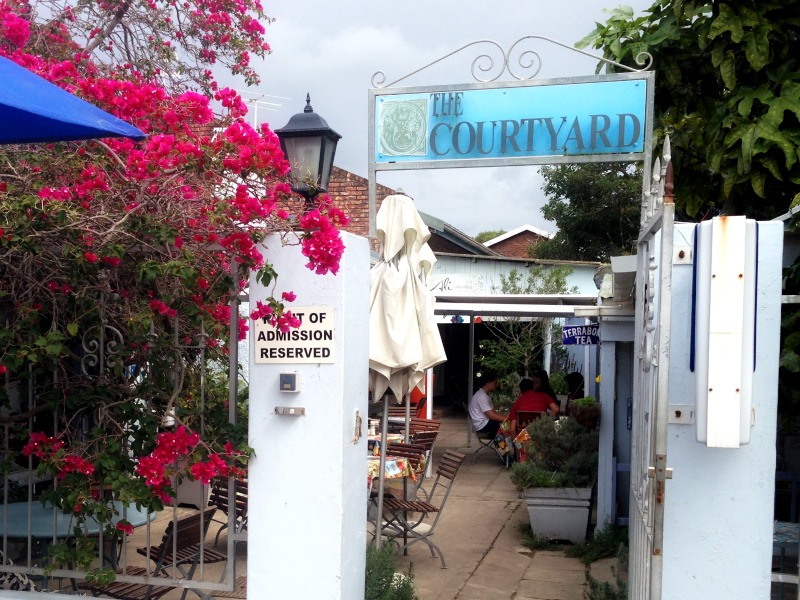 I can’t vouch for the food, but Guido’s setting right at the Kowie River mouth at West Beach is unbeatable, and on sunny days a drink on the decks upstairs is mandatory. Sundowners is best with views out over the Kowie River and East Beach beyond. Food includes wood-fired pizzas and curries.

The interesting thing about the beaches on either side of the Kowie River (aptly named East and West beach) is that rip tides make swimming here almost impossible – for that you need to head a little further west to Kelly’s beach, where it’s more protected (a mere 1 km further west). But surfers enjoy East beach, particularly in summer.

Port Alfred’s marina holds blue flag status, the heart of the river its 250-berth small boat harbour alongside the Royal Alfred Marina. It’s home to private boats of every shape and size, from private ski boats to yachts and canoes. The Kowie has 22 km of navigable river making a boat trip from here as easy as pie, particularly as there are daily cruises from the Halyards.

Make enquiries. Either you can hire your own boat and set sail yourself, or you can join a scheduled cruise. The Kowie River isn’t only navigable upstream, cruises also head downstream to the sea, particularly at sunrise and sunset. There’s no waterskiing on the river and jet skis can launch, but they’re only allowed downriver and out to sea. 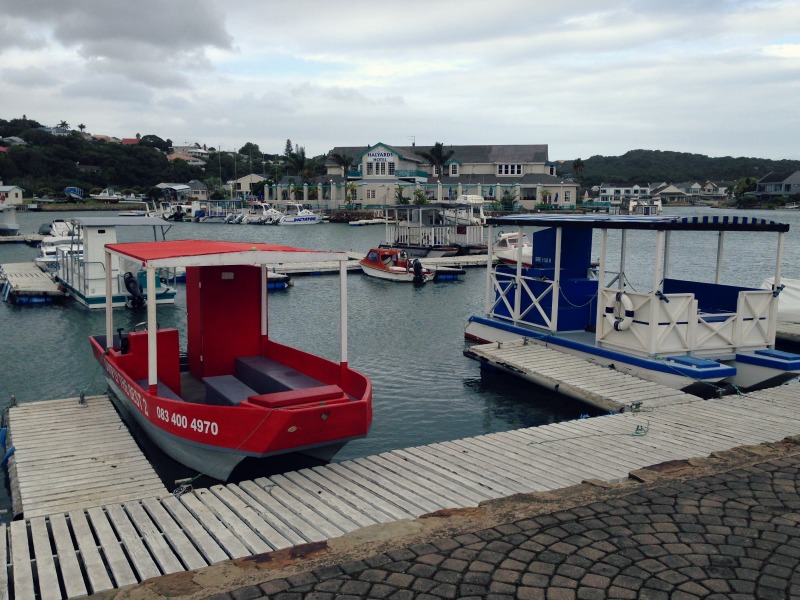 On the opposite side of town from The Courtyard is something vaguely similar, although it’s got a quality of its own. Just a couple of blocks in from West Beach the Postmaster’s Village is termed a ’boutique shopping centre’ with a little coffee shop, talk radio station, a wine shop, art gallery, hair dresser’s and tiny little zen fountain in a postage stamp garden, tucked away just beyond the coffee shop’s courtyard.

As its name suggests, the little village is on the premises of the original Settler’s post office.

Only 15 km inland, and slightly uphill, of Port Alfred is the village of Bathurst. It’s an absolute must-visit in terms of historical buildings and quaintness; you’ll feel as though you’ve stepped into a little English village set on a hillside (CNN labelled it South Africa’s most eccentric town in 2014).

The people who live here tend to congregate around the Pig & Whistle (the country’s oldest pub), whether it’s meeting up for a beer at lunch time, or bumping into one another outside the general dealer, the town has the sense of being well lived in.

On the way in you pass the giant pineapple, which is fun to do, particularly if you have children along, and then there are a handful of old buildings to visit, quirky shops to visit, or a meal at which to while away the time on one of the restaurant’s stoeps.

Make sure to make the weekly Sunday farmers’ market. 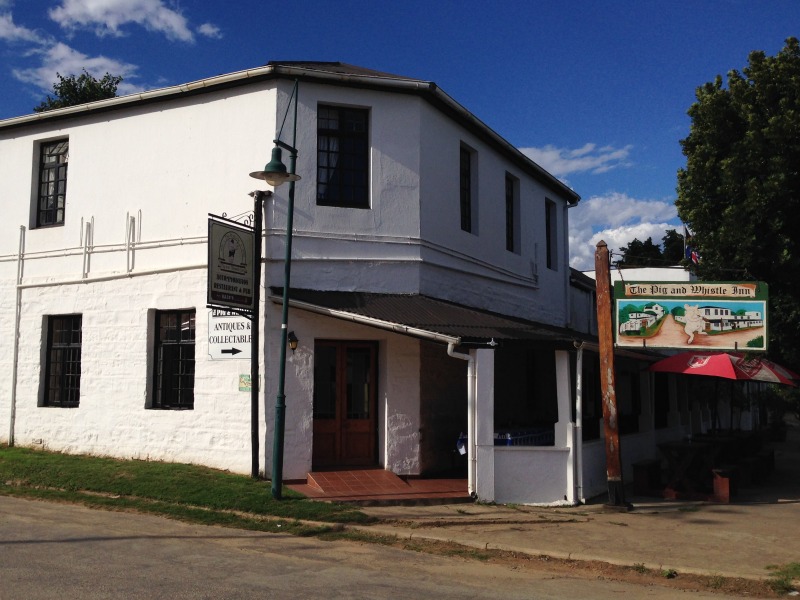 Whilst you’re out at Bathurst, you may as well include Waters Meeting Nature Reserve in your rambles because the aerial view of the Kowie River loop (one of very few river loops in the country) has become quite a showstopper – it’s something of a mini Blyde River Canyon – known as Horseshoe Bend.

The loop almost closes at the neck of the bend, forming a U-shape where fresh water meets sea water, which is how it got its name.

If you’re doing a cruise of the Kowie River you can get here by boat, but you’ll have to climb to see the aerial view. It’s probably just easier to follow the R67 through Bathurst and on for about 4 km to the reserve. 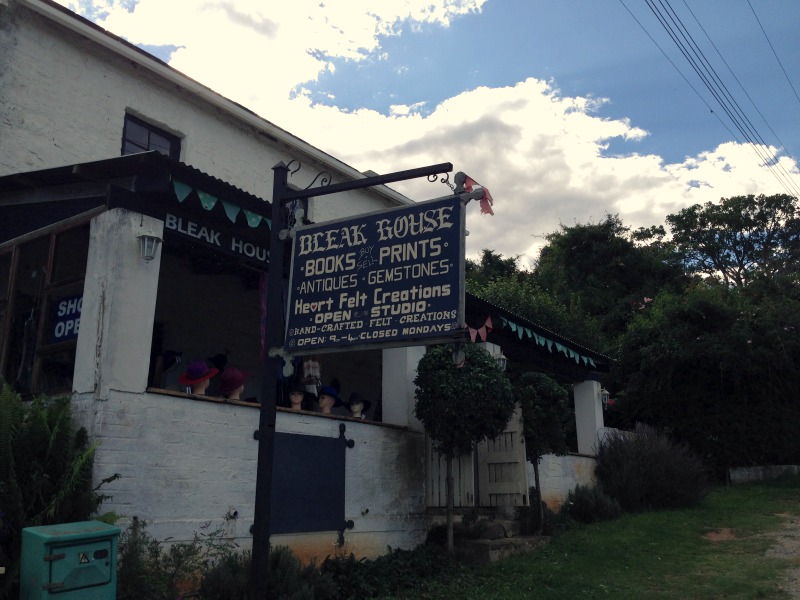