Now reading: Townships By Bike in Johannesburg And Cape Town

I’ve recently been inspired by Bicycle Portaits – everyday South Africans and their bicycles.

For those who don’t know, Stan Engelbrecht and Nic Grobler (two guys in Cape Town) raised the funds for the book via a website called Kickstarter and successfully produced the book in three volumes – they ended up with so many awesome pictures and stories that it made more sense to produce three affordable books than one big one.

In similar fashion – that is on a bicycle – you can do local township tours of Soweto or Masiphumelele. A dusty, first-hand account in which a ride through the vibrancy of a township from the saddle of a bike is definitely one up on driving through behind the safety glass of a tour bus.

There are a number of tour operators that will handle either of these tours, and each will differ slightly but here is the low down for each. 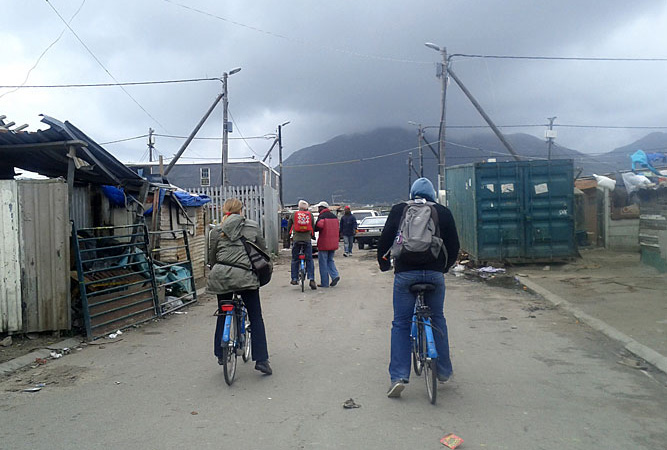 This overcrowded informal shack land, also known as Site 5, lies on the hillside as you enter Hout Bay. By township standards it is small – only about 30 000 people live here – overcrowded, with high unemployment.

Despite the obvious squalor, it’s cheerful (most of the more luxurious neighbourhoods in Cape Town could take a leaf out of their book) and a tour through the streets will happen alongside children, who when they’re not in school find visitors a novelty, women roasting mealie cobs or hanging out their washing and kwaito or hip hop music from the windows of cars that barely look as if they’ll make it to the main road (the cars, not the windows).

Bikes are supplied by BEN – the Bicycle Empowerment Network – who get old and broken bicycles from Europe, which they fix cheaply and sell to locals. A tour (one of the bicycle tours is accredited by Fair Trade in Tourism SA) could include a visit to a local sangoma, a stop at a local children’s creche, a Habitat for Humanity home-building project, a vegetable garden project and somewhere for tea or lunch. 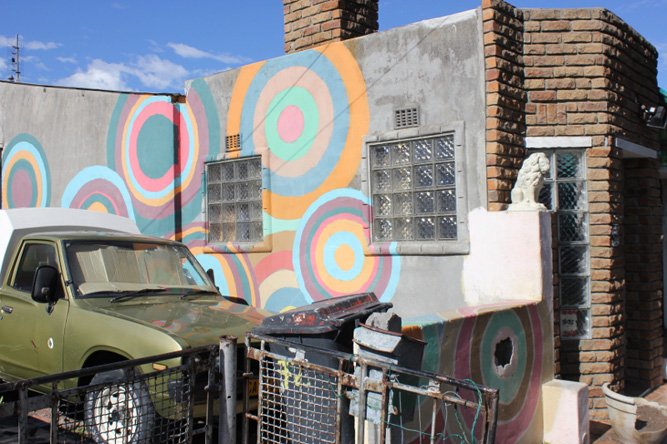 Soweto, by comparison, is huge. A third of Johannesburg‘s residents are said to live here, which makes it the most populous black urban residential area in the country and one of the most popular tours to take (few South Africans have visited, let alone on a bike, but visitors to the country make it a priority).

Soweto is regarded as the most metropolitan township in the country, responsible for establishing trends in fashion, music, dance, language and politics.

A township tour of Soweto will probably include highights like the Hector Pieterson Memorial, the former homes of Nelson Mandela and Archbishop Emeritus Desmond Tutu in Vilakazi Street (nowhere else in the world can claim 2 Nobel laureates on one street), Meadowlands – one of the oldest suburbs in Soweto and to which black people were ‘sent’ after being forcibly removed from ‘white’ areas during apartheid.

You will pass the Orlando cooling towers, enjoy local beer at a shebeen, or visit a workers’ hostel. There are alternative tours to Kliptown too. Soweto is large, so you’ll need a whole day at least. 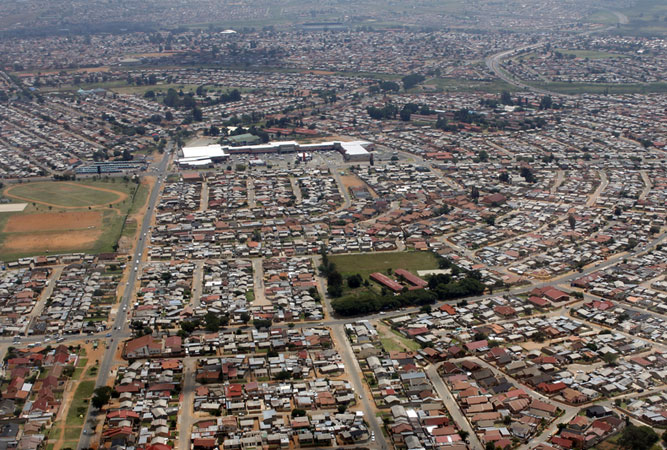