Now reading: When Not in Cape Town – 10 Unusual Highlights in The Country

You can’t beat Cape Town, it’s true – in just the last couple of weeks two major films -in-the-making have been on location in various spots off the M3, the sun shone for more than two consecutive days in the midst of winter, and tourists were in evidence despite its being The Olympics.

But Cape Town, its obvious popularity with the rest of the world notwithstanding, is not South Africa. And in fairness to the appeal of the rest of the country, there is much else to see and do. The love affair with the Mother City, whilst valid, does blinker visitors to other possibilities.

Some unusual highlights in the rest of the country

Catch the Shosholoza Meyl to or from Jo’burg

Formerly, and possibly more romantically, known as the Trans-Karoo Express, the Shosholoza Meyl includes in its network the long train ride that connects Cape Town with Jo’burg, passing through a myriad ‘dorps’ of the Karoo.

There might be new, fairly modern purple, turquoise and yellow railway coaches with rather small windows but the old Trans Karoo route is the same. Travelling along the N1 – a similar route by car, fraught with notoriously sneaky speed traps -, although quicker, has none of the romance of the train ride.

As long as you’re not expecting five star luxury, the car trip cannot compete with an overnight bunk bed experience and incredible views of the countryside – best experienced in the dining car over a cup of cheap tea and a really good novel. 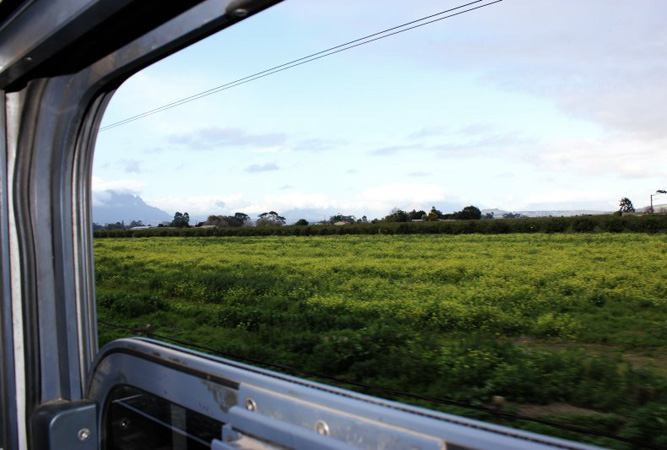 Swartberg translates as ‘black mountain’ in Afrikaans. The mountain range runs along the northern edge of the Little Karoo in the Western Cape and is considered amongst the finest exposed fold mountain chains in the world.

Much of it forms part of a UNESCO World Heritage Site. Both Andrew and his son Thomas Bain were responsible for the construction of the pass that connects Oudtshoorn to Prince Albert and is still in use today. The rather formidable route drives via an area in the Gamkaskloof known as Die Hel or ‘the hell’, which used to be completely cut off from civilisation before the pass was built. Expect hairpin bends, stone relics and incredible views. 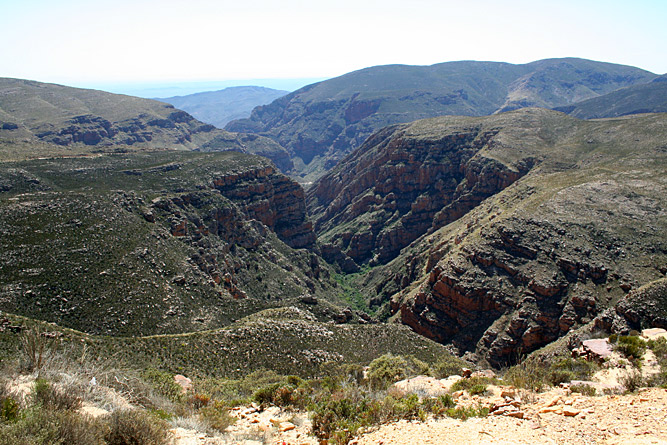 Commune with nature in the Wilderness National Park

One of the most under-rated and beautiful parts of the country, the national park in the Wilderness combines beach, lakes, estuary and rivers in one of the most breath-taking locations on the Garden Route.

There are walking trails that take one through densely wooded forest, along the edges of rivers and on to sandy shores of desolate beach. If you’re not there for time-out, then you’re there for the action because when not drinking in the views and listening out for elusive Knysna loeries, you’re canoeing, cycling, hiking, kloofing, paragliding, boating or fishing. 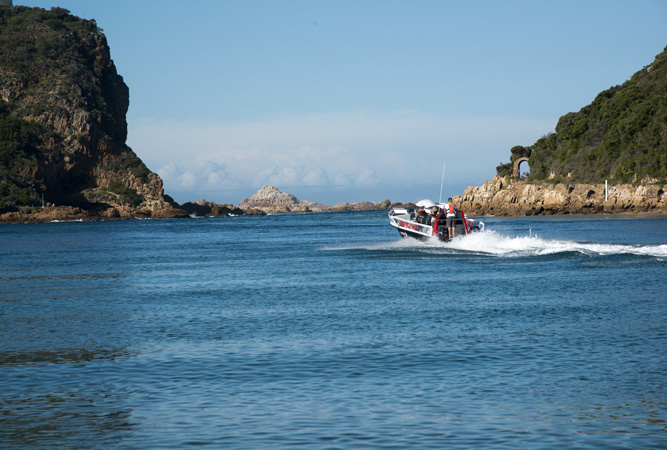 Hike whilst portered and catered for in the Drakensberg

Slackpacking, whilst regarded by hardened hikers as the hiking version for softies, definitely has its advantages, particularly when scaling the heights of the Drakensberg, which forms the boundary between South Africa and Lesotho.

Many visitors cannot begin to fathom the incredible 243 000 hectare breadth of pinnacles and peaks that, other than Table Mountain, most represent South Africa. Divided into northern, central and southern Drakensberg regions, each has its highlights and major hikes with vast swathes of wilderness and steep climbs.

Most of the trails are unmarked and need a guide of some description, many of them multi-day events that require roughing it in caves, if you’re not doing the slackpack version. Finding the ideal vendor and hike requires a little sleuthing. Persevere, it’s worth it. 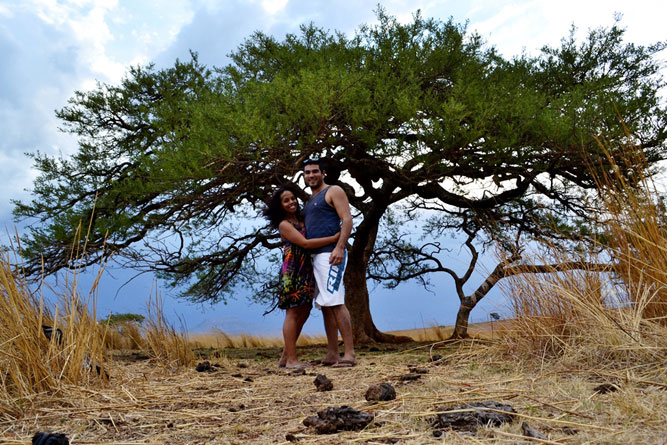 When in the Karoo Heartland use accommodation in Graaff Reinet as your base and head off to two unusual, yet equally inspiring highlights – one geographical, the other outsider art and a recluse’s masterpiece. Each will inspire. Neither will disappoint.

Set in the heart of the Camdeboo National Park, but a few kilometres north-west of town, the Valley of Desolation was formed millions of years ago by weather erosion that includes a series of massive 120 metre rock towers that look as though they might totter and fall at any moment.

A little further from Graaff Reinet, in the hamlet of Nieu Bethesda, is a little Karoo house containing a myriad sculptures out of glass and cement by the town’s recluse Helen Martins with the help of her labourer Koos Malgas. Across 12 years Malgas helped Martins create hundreds of sculptures and relief figures from her imaginings. 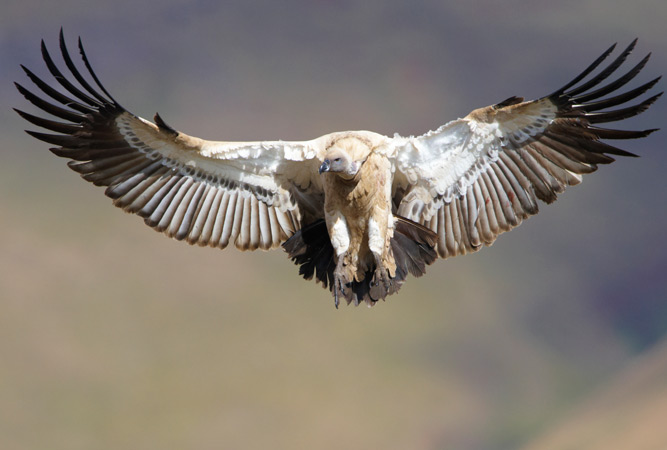 Marakele lies in the midst of the Waterberg Biosphere in the Limpopo. Glorious mountain vistas, grass-bedecked hills and deep valleys, yellowwood and cedar trees and huge cycads combine with the added bonus of sighting game like elephant, rhino and big cats.

But over 800 breeding pairs of Cape vultures, a Red Data species that are both threatened and vulnerable, are the highlight. They nest in cliffs so are absent in areas like central Kalahari and the Kruger where there no suitable cliffs. Drive up to the Sentech Towers to guarantee sightings of these enormous birds. 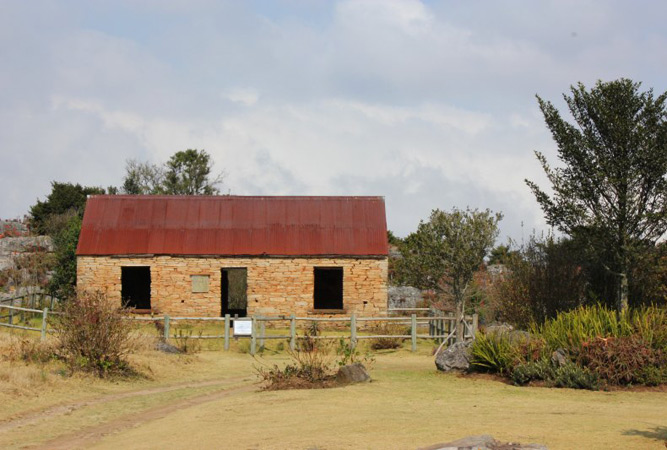 The stones at Kaapsehoop, Mpumalanga

Known as Adam’s Calendar, a circle of stones just outside the town on a plateau above Nelspruit, was ‘built’ as a calendar that is said to line up with the pyramids of Giza and the Zimbabwe ruins.

Together with other unexplained stone circles across the province, Adam’s Calendar is the subject of a book by Johan Heine and Michael Tellinger who claim it is the oldest man-made structure on Earth, amongst other things. The evidence they provide – and there is an incredible amount of data – challenges the planet’s known history and provides exciting food for thought.

You can tour the stone circle with a local guide (ask around town) or Michael Tellinger does periodic guided tours. 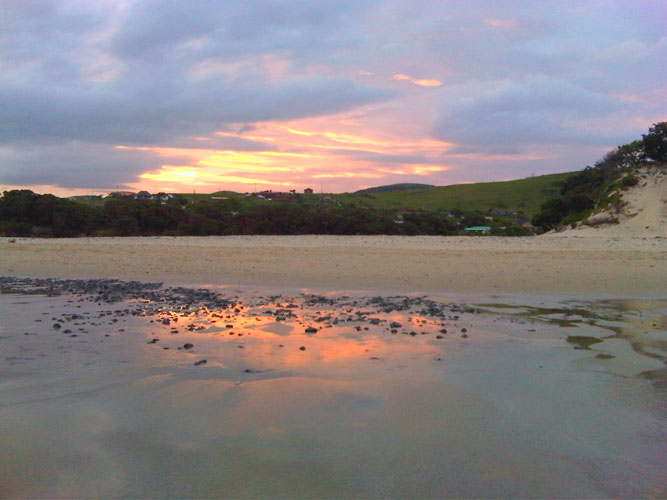 Find the Hole in the Wall at Coffee Bay

Those who live here, consider it the most beautiful spot along the Wild Coast. The little village suffers from very little, other than a much slower passage of time from the rest of the country. It’s regarded as ‘backpacker central’ and a great spot at which to surf.

Despite its sounding as though it should both grow and serve up a decent cup of coffee, the village was actually named after a ship full of coffee beans that ran aground on the beach.

And whilst this is a part of the country in which coffee beans could grow (and do) you’ll want to concentrate instead on the myriad hiking trails of the area, one of which passes a huge hole in a cliff that juts into the sea, known as the Hole in the Wall. 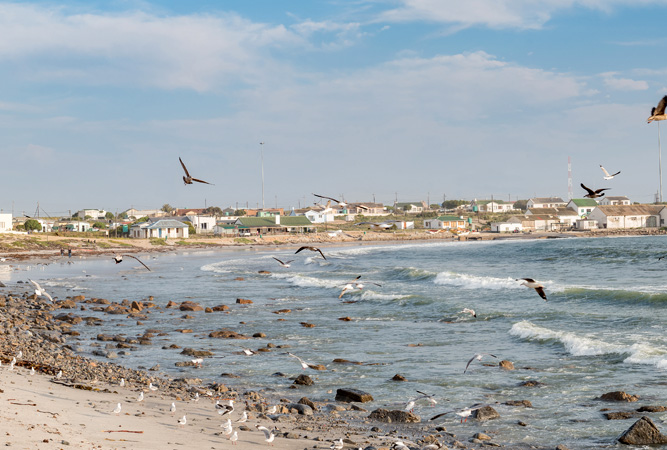 Camp on the banks of the Doring River in the Gifberg, Northern Cape

North of the Cederberg, roughly 30 km from the village of Vanrhynsdorp, is the Gifberg. It forms the eastern boundary of the Olifants River Valley, together with the Cedarberg, Bokkeveld and Matsikamma mountain ranges and gets its name from the gifboom or poison tree, which is endemic to the area.

The only way in here is up the Gifberg Pass – both steep and narrow, but people have been known to do it in an ordinary sedan. There are numerous farms in the area, some of whom allow camping along the banks of the river. Out here, there is nothing other than the stars. 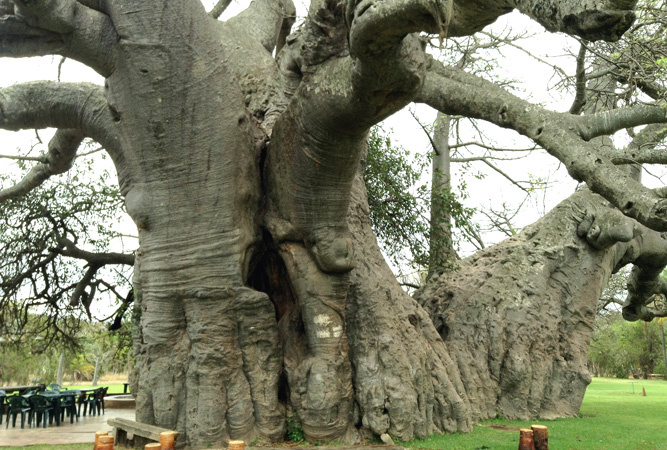 Drink a beer at the Big Baobab Bar in Limpopo

Head off for the rather remote Sunland farm in Modjadjiskloof on which there is a huge and ancient baobab tree that stands 22 metres high and has a girth of 47 metres (it’s HUGE, in case you were wondering) that has survived floods, drought, elephants and lightening in its 6000 year life span.

Inside its hollow trunk is a baobab pub that seats 60 odd people. It’s quite normal for baobabs to hollow inside – this happens naturally when they reach about 1000.