You are here / South Africa Travel News / Attractions / 13 Secrets of Bontebok National Park that Will Have You Visiting, Tomorrow

Now reading: 13 Secrets of Bontebok National Park that Will Have You Visiting, Tomorrow

The Bontebok National Park might be South Africa’s smallest national park, but you’ll find that its very smallness is also its greatest selling point.

It gives you access to what has so aptly been described as ‘a little piece of Renosterveld paradise’ along the banks of the Breede River – a series of low-lying, inconspicuous hills the backdrop to the once endangered bontebok.

Their distinctive white markings – on their forehead, legs, underbelly, tails and behind – against their chocolate brown hides make them at once neat and noticeable.

The park protects the now robust population of around 160 bontebok, as well as zebra and other little buck… 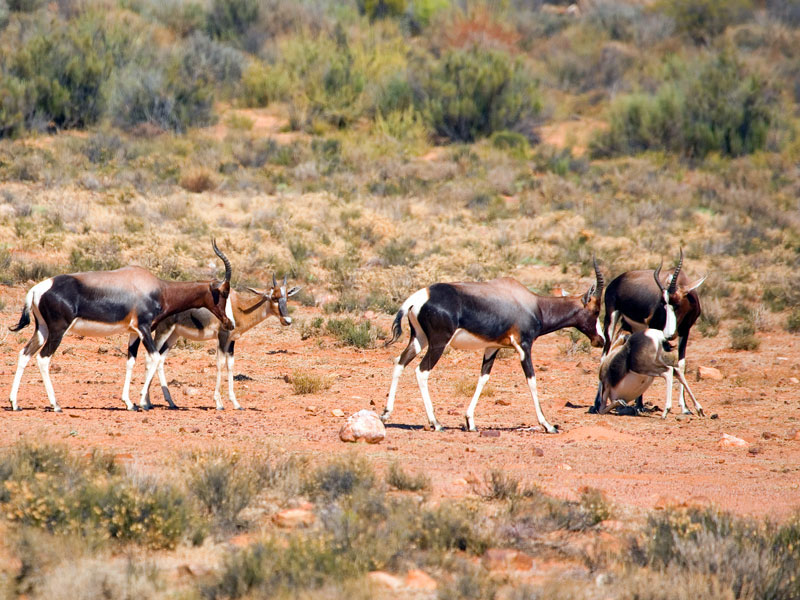 But here are 13 secrets of Bontebok National Park that will have you visiting, tomorrow

Take the leisurely sweep off the N2, along Swellendam’s Voortrekker Street (which becomes Swellengrebel), and you’ll come out the other end of town diagonally across from the dirt road that takes you into the Bontebok National Park.

Lange Elsie camp is named after an acclaimed Khoi female chief, who was said to have lived in the area the park occupies today. From the reserve the Breede River makes its way to the ocean at Witsand. 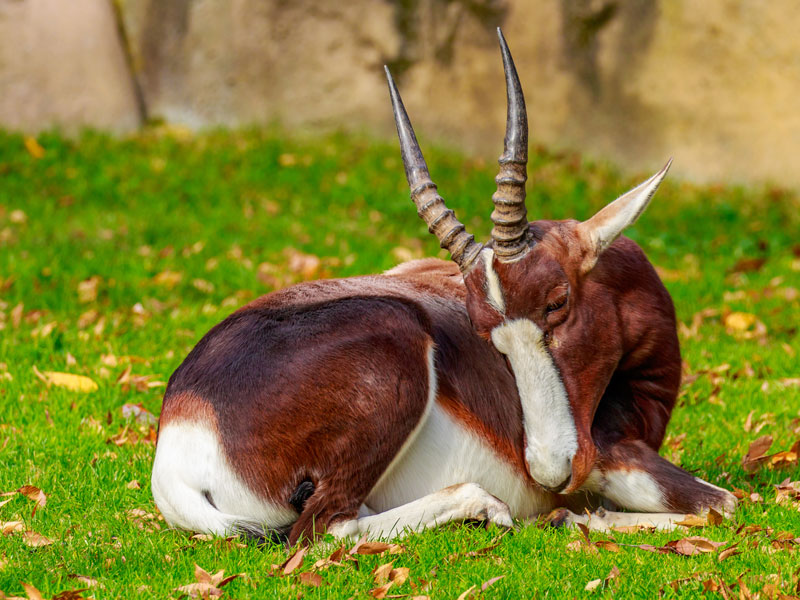 Perhaps it’s because the road leaves the highway well and truly behind on entering the park. And maybe it’s because the Breede’s gentle swoosh is enough to dull any human intrusion, but you hear nothing of the daily N2 traffic.

The two main loops of the park are easy to drive within a couple of hours, if you’re pressed for time, without losing any of the park’s beauty. And you’ll see enough mountain zebra (also endangered) and bontebok to make it all worthwhile – they’re particularly non-perturbed as there are no predators in the park.

Although upon writing this article, Aloe Trail had flooded and was temporarily closed. But the views, if you can get to the top, are stunning. 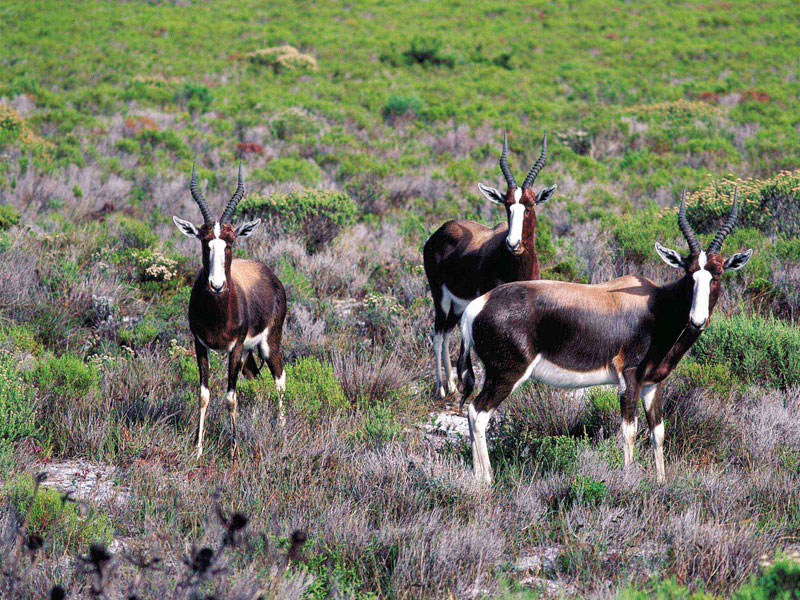 No Big Five in this reserve. Which means you can do any of the well-signed walks and bike rides through the fynbos (Suurbraak grassy fynbos and Overberg coastal renosterveld) and alongside the Breede River.

No bashing off into the bundu, however, but you can also walk along all the dirt roads through the park.

May, in particular – possibly because it’s out of season – is the secret time of year to visit the Bontebok National Park. Summer can get unbelievably hot. 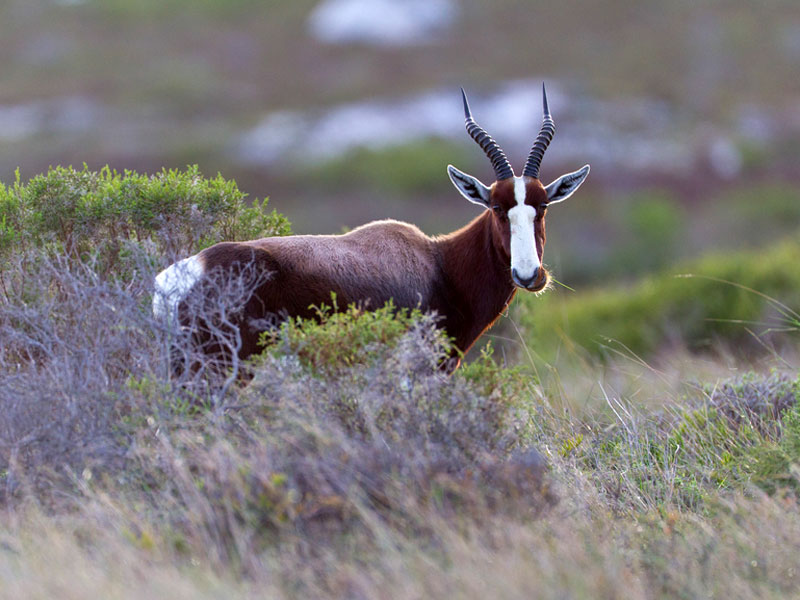 It may look like little more than dry bushveld to the untrained eye, but this small pocket of renosterveld is incredibly biodiverse, with 250 indigenous plant species.

29 of the plant species in the park are globally threatened with extinction, whilst another 23 are ‘species of conservation concern’.

But the park’s highlight is the Aspalathus burchelliana, Diosma fallax and Erica filamentosa that are found only within the Bontebok National Park.

At the same time, the park’s biggest threat are the 40 or so alien plant species. 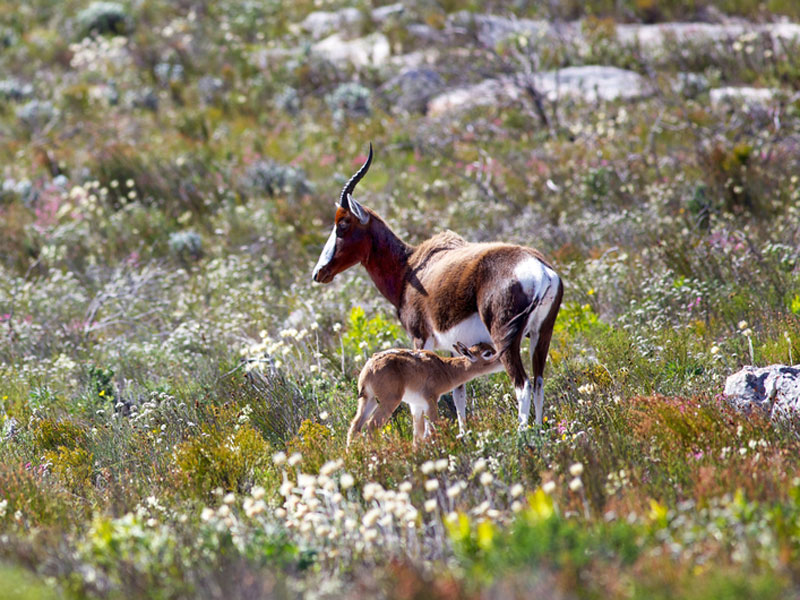 Or aardwolf. Even a caracal, if you’re lucky. All have been sighted in the park.

Although you’ll need to take time out to park yourself under a tree in the thickets along the river, in a comfy chair, with a bird App and a pair of binoculars to really do the birding justice.

There aren’t any bird hides at Bontebok. But, in fairness, there is probably no need, as the bountiful bird population make their presence known – Die Stroom picnic site, and Lang Elsie’s Kraal, are good for birds.

And it’s not unusual to see the likes of a secretary bird strolling through the surrounding fynbos.

As Bontebok National Park is an important foraging and breeding site for this vulnerable bird. 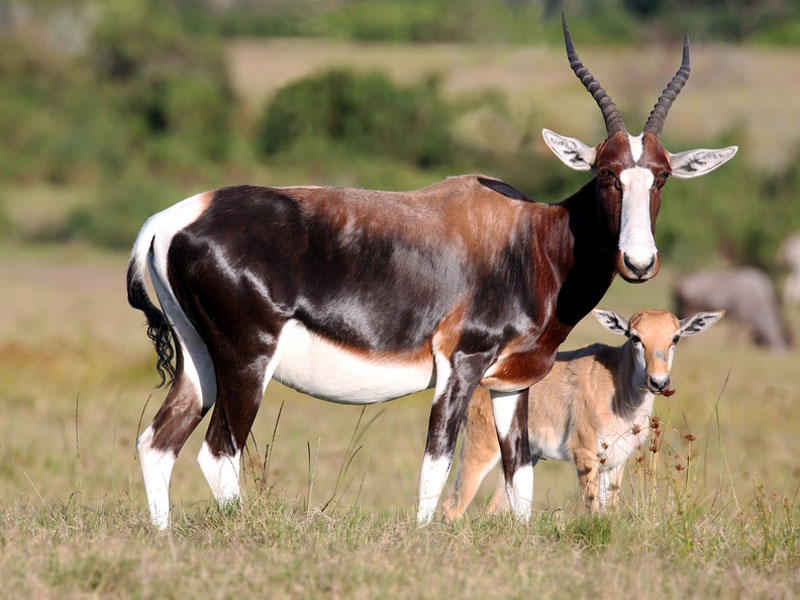 There’s even a strip of beach sand and the chance to splash about, canoe and swim.

Grootvadersbosch, Marloth and De Hoop nature reserves are within easy drive of Bontebok National Park. If you’re a nature lover, this is a wonderful area for quick access to walks, camps and rivers.

Stay in Swellendam overnight, or head directly to the Garden Route from here. 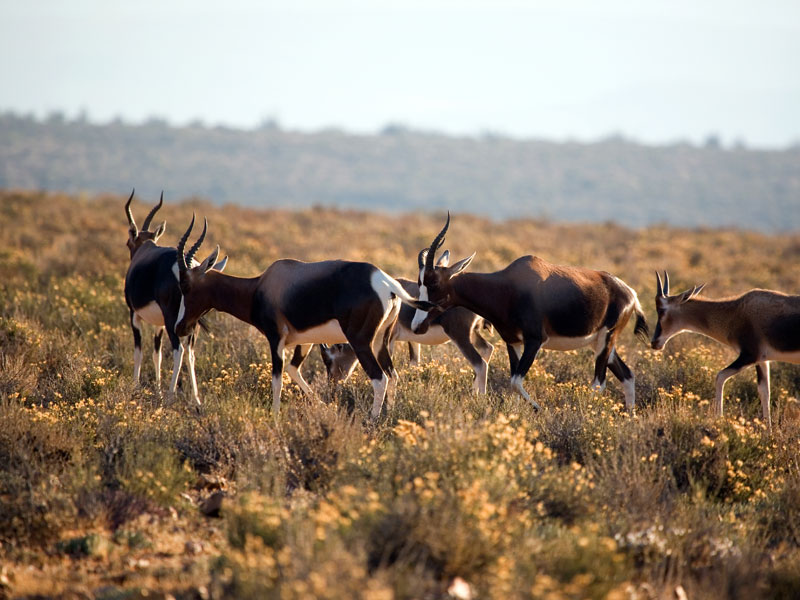