Now reading: Everything You Need to Know to See the Hluhluwe-iMfolozi Game Reserve Properly

See the Big 5 closer to Durban than you think …

The Hluhluwe iMfolozi (shla-shloo-wee-om-fa-low-zee – it’s a mouthful but you’ll get used to it) combines two reserves of unmistakably different character. As if to reinforce this idea, there’s a public road dividing the two. 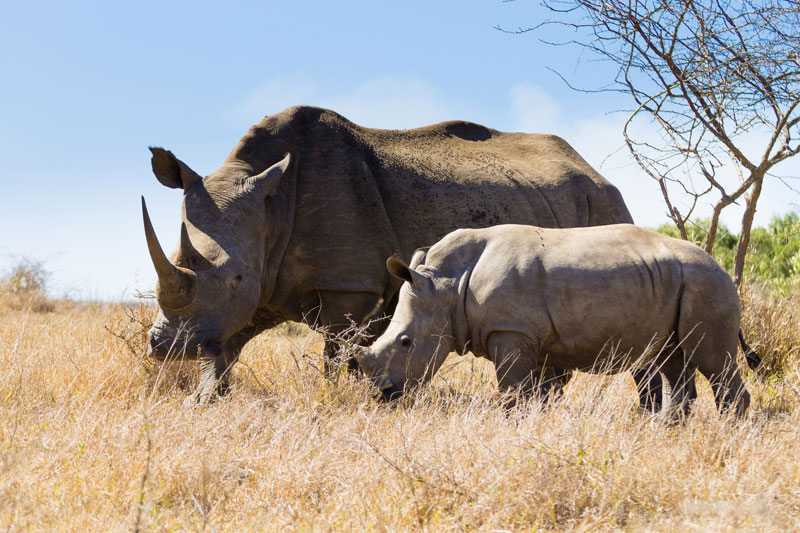 Three rivers flow permanently through the park. Two – the Black and White Imfolozi s – etch their way through a series of valleys in the southern section leaving rich riverine vegetation to accompany drier woodland, grassy plains and open savannah for spotting wildlife.

Dissecting the Hluhluwe section is the Hluhluwe River and its tributary, the Nzimane, which depart the jaw-dropping viewpoints of the mountains in the north before finally subsiding in Lake St Lucia east of the park. World-renowned as the home of the southern white rhino, Hluhluwe iMfolozi’s 1950s Operation Rhino brought the white rhino back from almost certain extinction.

There are those who consider Hluhluwe-iMfolozi better than Kruger National Park.

Not for its size because it’s a 20th of the size of Kruger, but for the sheer feeling of ‘wild’ and the access to wildlife – lions, leopards, rhinos (black and white), buffaloes, blue wildebeest, zebras, giraffes, elephants and African wild dogs. 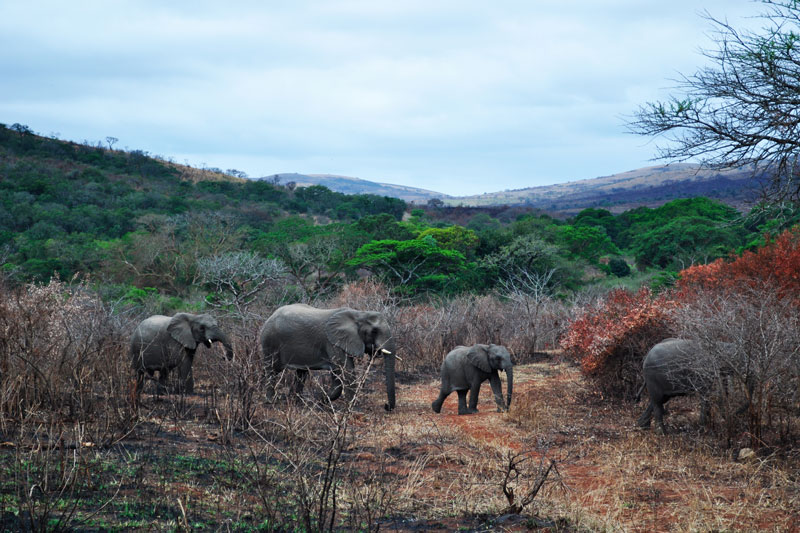 Visit Hluhluwe-iMfolozi for the sights and sounds of ‘real’ Africa!

Declared in 1890 when the encounter of several rarely seen white rhino (all but extinct due to hunting) spurred authorities to formalise their protection. By 1960 every wild white rhino in the world lived in Imfolozi and Hluhluwe.

Today the threat of poaching syndicates places the rhino again under threat, in the mistaken belief that the horn is a cure for a myriad complaints and illnesses. The reserve fights an ongoing battle to protect its rhino, even introducing state of the art technology in a bid to track poachers fast enough to prevent devastation. 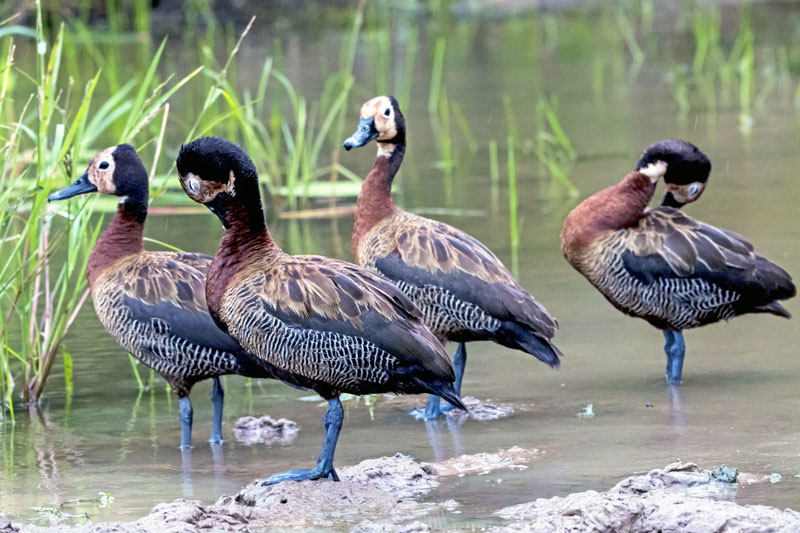 What distinguishes Hluhluwe-iMfolozi from other reserves is its hills. Not only is it unusual to find an undulating game-rich landscape but these same hills and mountains provide great vantage points from which to spot wildlife in the variety of forests, bushveld and open savannah below.

There are large populations of white and black rhino, and nyala – three seldom seen animals. Don’t go expecting to see the park’s hippos, however. The rivers flow rather fast through Hluhluwe-iMfolozi. If you want hippos, head to the iSimangaliso Wetland Park.

Get there: Hluhluwe-iMfolozi lies 20km northwest of Mtubatuba where the coastal plain meets the foothills of the interior. From Durban travel north along the N2 until you reach the village of Hluhluwe, surrounded by game farms. The reserve provides an online map with directions from Durban and Johannesburg.

Note: gate times vary depending on whether you’re travelling in summer (January to May) or winter (June to October). 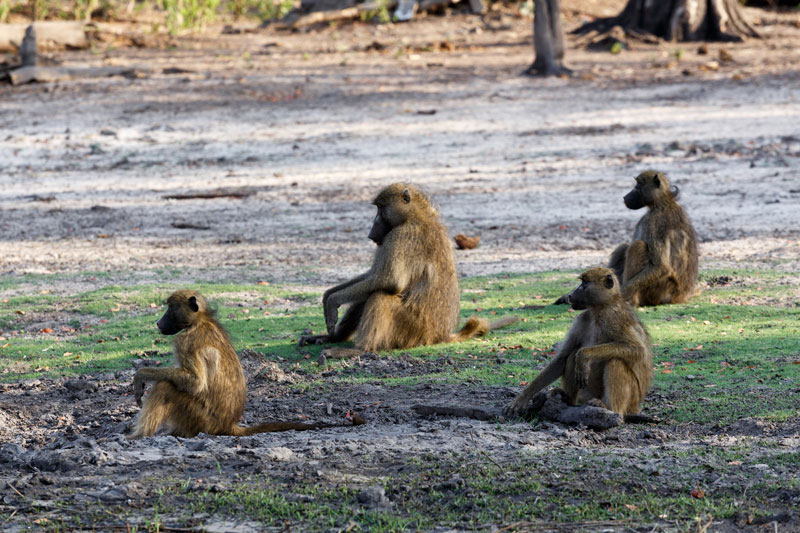 Tip 1: Hluhluwe-Imfolozi offers some of the best trails in the country. But the Wilderness trails, in particular, are worth doing. There are three options – a one-day Big 5 Wilderness Walking Safari, a two-night Imfolozi Wilderness Trail, and a three-night Primitive Trail. You leave your cell phones, wrist watches and gadgets behind. Note: no children under 16, and the fees don’t include conservation levies. Expect to emerge transformed.

Tip 2: There are over 400 bird species in Hluhluwe iMfolozi, a diversity attributable to the variety of habitats. If you’re a twitcher, then this is your space! Hluhluwe-iMfolozi contains half of the bird species in the entire southern hemisphere, 16% of which are Red Data species. Particularly secretive river species like the white-backed night heron and African finfoot, and rare birds like the white-backed vulture, lappet-faced vulture and martial eagle. Listen out for the chanting goshawk and trumpeter hornbills.

Tip 3: This is a low-risk malaria area, but consult your doctor before you go.

Tip 4: Cheetahs were reintroduced into the park in 2017, four of them arriving from Shamwari Game Reserve and Mountain Zebra National Park, and 13 in total anticipated by 2018. With an estimated 7100 cheetahs left in the wild, this is good news!

Tip 5: Whilst the internal roads at Hluhluwe-iMfolozi are in good repair, the signage needs renewal. Make sure you have a map of the reserve with you if you’re self-driving. Self drives are very doable, you don’t need to take a guided tour.

Tip 6: You’ll need more than a day to do the reserve justice. One day will probably suffice for either Hluhluwe or iMfolozi, but not both. And trust us, once you’re there, you’re going to want to spend at least two nights.

Tip 7: Spotted hyena – these curious creatures with an awkward gait are also part of Hluhluwe-iMfolozi. Watch this video of hyena cubs in the reserve. 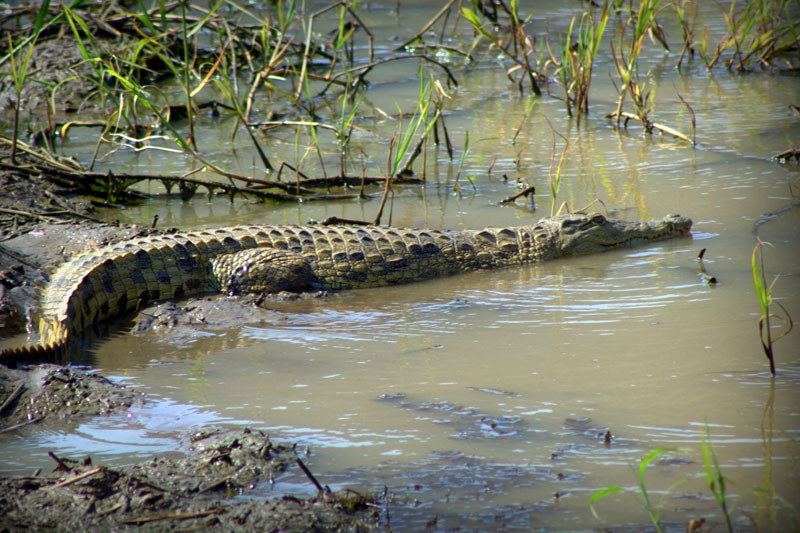 During winter, between March and November. The evenings may get a little chilly but the thinner vegetation makes it easy to see game, particularly as they tend to gather at water holes.

Summer brings rain and lush vegetation, but it’s really sticky and hot and it’s difficult to spot game in all that greenery. 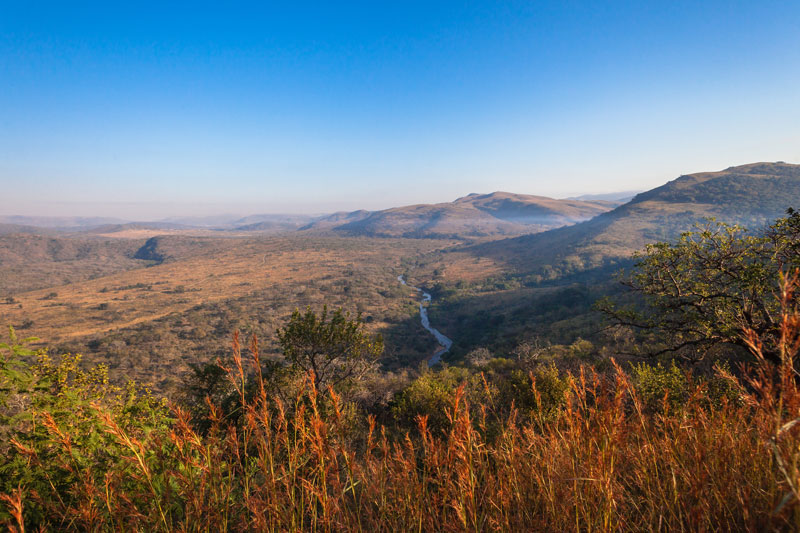 Where to stay – our top 5 Hluhluwe-Imfolozi recommendations

Rhino Ridge is a wow! The new game lodge’s contemporary design with its focus on organic form and natural finishes is nothing short of beautiful. With only 18 rooms, it’s set high on a ridge with views out over the reserve. 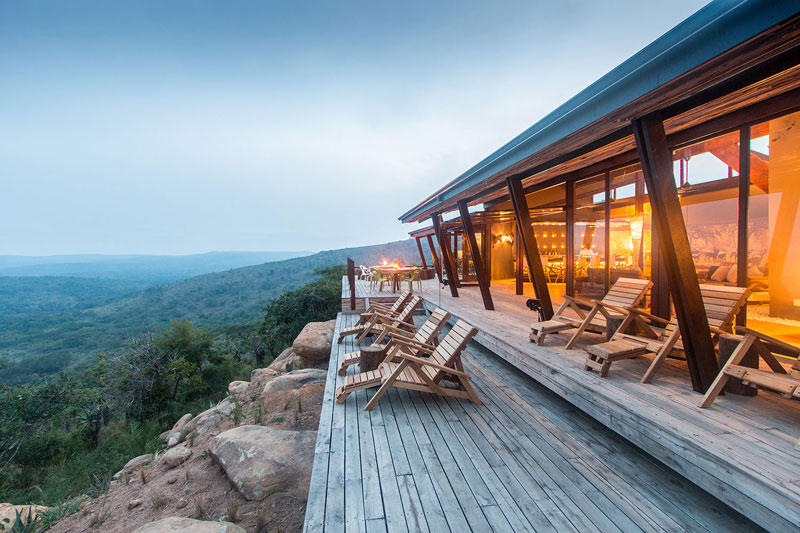 Beautifully styled thatched rooms stand on stilts in amongst a series of fever trees, each with its own deck and view over the forest through huge glass sliding doors. Best is the communal pool and the offer of babysitting whilst you enjoy the wildlife in the Hluhluwe-iMfolozi. 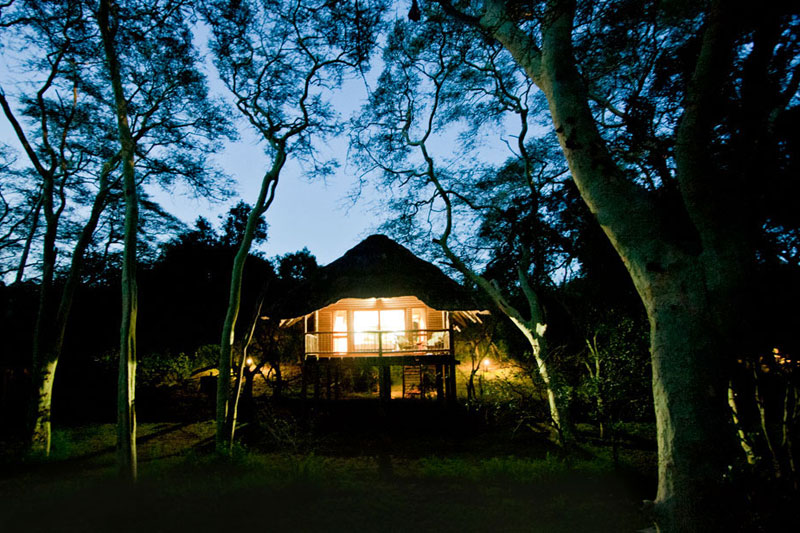 You’re right on the Hluhluwe-iMfolozi Game Reserve’s doorstep at Bushwillow. Choose from three accommodation styles – the lodge, boutique self-catering chalets with private pool, or retreat to a self-catering cottage. Spoil yourself. 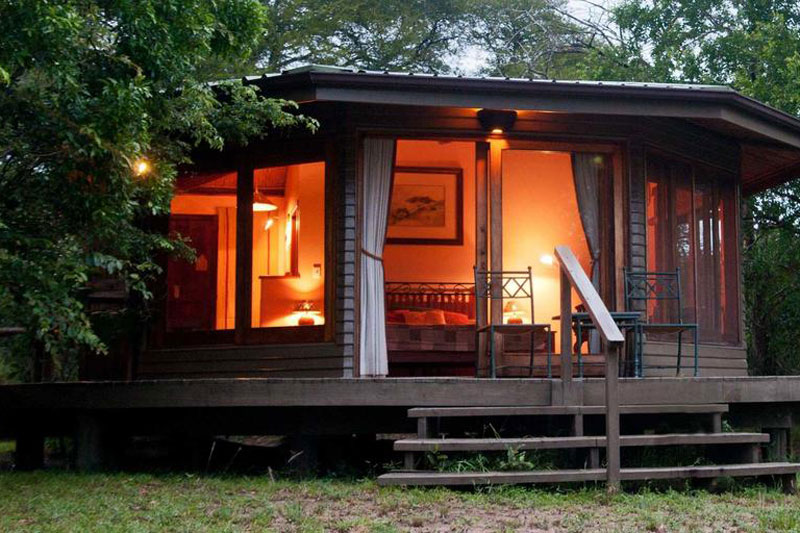 Not all stays need be expensive. You’ll find this backpacker option at the Memorial Gate just outside the Hluhluwe Game Reserve. If you’re doing your Big 5 viewing on a budget, then this is your space. 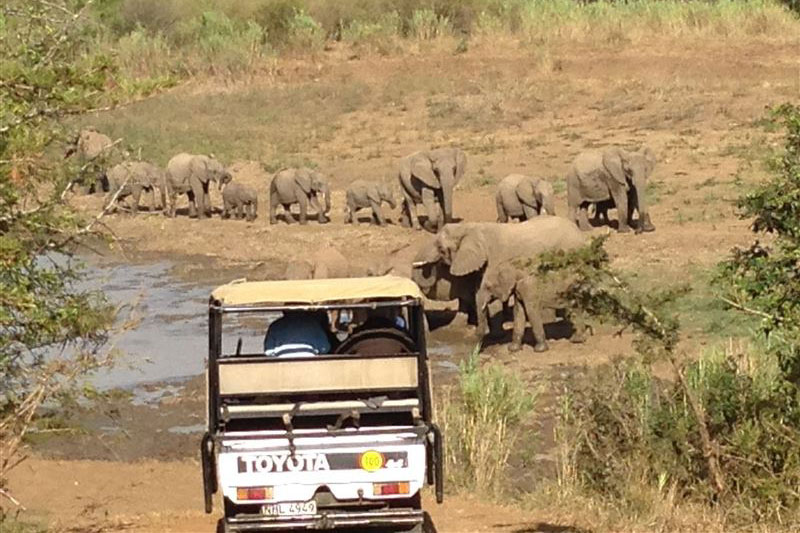 You’ll find this lodge on a farm just outside the town of Hluhluwe where it offers accommodation in the form of chalets, rondavels and an executive suite. Intimate, comfortable and half an hour from Hluhluwe-iMfolozi. Best of all is Emdoneni’s cheetah project.