South Africa’s First People – South Africa’s earliest, ancient people, believed to have originally migrated south from East Africa, are today a tiny minority group making up 1% of the total 53 million people in the country. They divide themselves into three main self-identified¹ groups…

As a rule these indigenous groups tend to be lumped together in a collective known as Khoe-San (or Khoisan); a group of people who speak a language based on clicking sounds.

Do a little online research and you’ll discover an ongoing (very lively) debate about the distinction between the two – Khoi (Khoe), and San. Some vehemently divide them, others are happy to regard the group as a collective. There are those who consider the revivalist Khoisan as insulting to surviving San and Khoe groups, who have traditional land claims. 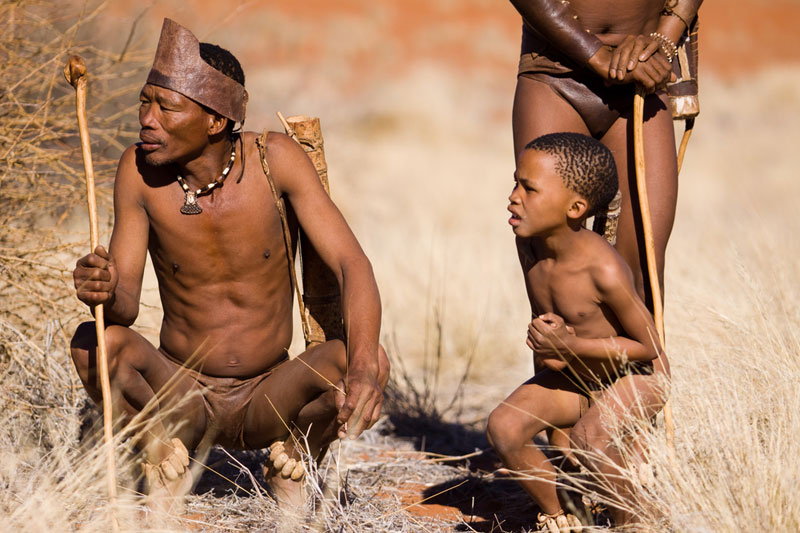 Historically, though, the San and Khoekhoe were two very distinct groups.

Both the San (hunter-gatherers) and the Khoi Khoi (pastoralists) are believed to have lived in southern Africa for 2 000 years. But with the arrival of European settlers they not only rapidly lost many of their people (smallpox and war) but they lost claims to any and all of their land; land that not even the Land Restitution Act of 1994 made provision for them to reclaim. They lost land long before the cut-off date of 1913.

What remains of South Africa’s first people live predominantly in the Northern Cape:

‘Hidden San’ communities are believed to live in KwaZulu-Natal and Mpumalanga.

Only the ≠Khomani San still practise the traditional hunter gatherer way of life within the Kgalagadi Transfrontier Park. They have had to adapt their lifestyle to include some subsistence farming because of land constraints and hunting regulations imposed on them. The government granted them 40 000 hectares outside the park for this purpose.

Because of their restriction to land, other San groups – Kung; Xam descendants; //Xegwi; (!Xû and Khwe) – may still hunt and gather on a very small scale, largely for medicinal plants. None of the //Xegwi, for example, own land. Most of them work as labourers on farms.

Descendants of the Xam in the Northern Cape around Prieska have practised a semi-nomadic lifestyle as farm labourers for the last 80 years. They’ve christened themselves Karretjie Mense of the Karoo (cart people of the Karoo) or Swerwers (wanderers). But their already fragile means of livelihood as sheep shearers and menders of farm fences is threatened by farmers who choose to use unionised teams of shearers from Lesotho whose work is faster (they use electric shears). Timothy Gabb has recently filmed a documentary about their plight available online (gabflyMEDIA).

The !Xû and Khwe were granted land by the government at Plattfontein, just outside Kimberley, after being ‘moved’ from Namibia and Angola by the SA Defence Force. 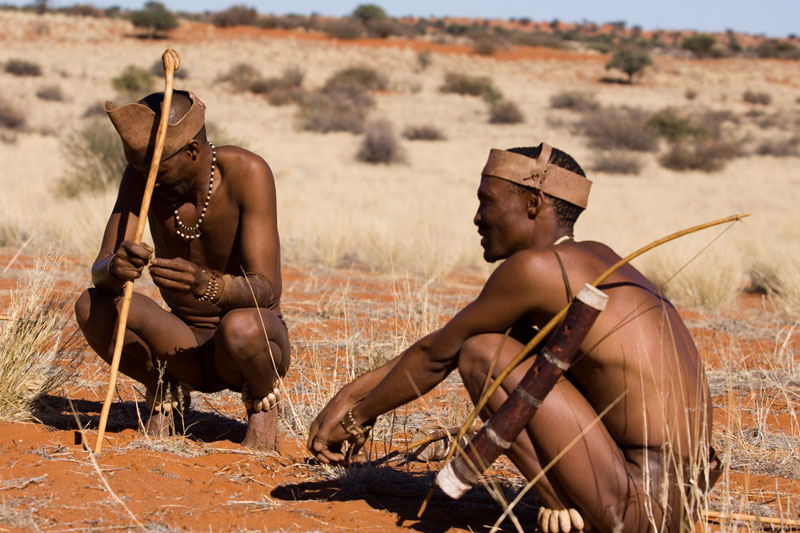 The Nama communities (there are ten known clans) is the name given to those Khoe people who traditionally lived in Namaqualand.

A group of Nama live in the Richtersveld, one of the only places in the country where pastoral people still live on communal, traditional land that extends into the Richtersveld Transfrontier Park – the dramatic, mountainous desert landscape of north-western South Africa.

Their transhumant pastoralism (transhumance is the seasonal movement of people with their livestock, mainly goats, between fixed summer and winter grazing areas) is the last place in the country to evidence this way of life. They move their haru oms (rush-mat houses) and goods these days by donkey cart, instead of by traditional pack oxen.

Acquiring their traditional lands, however, involved taking on the mining concern Alexkor, the government and the National Parks Board. The dispute took years and it was only as recently as 2007 that the Nama finally won back the land they lost almost a century ago.

THE HISTORY: HOW INDIGENOUS PEOPLE WERE ALL BUT WIPED OUT

“Colonisation wiped out not just our first people, but maybe the world’s first people. We have forgotten, we do not honour this past.” ~ Nechama Brodie on Twitter

The first inhabitants of South Africa were the San and the Khoekhoe.

The San and Khoe descended from early stone age people and migrated from their birthplace in East Africa to the Cape.

The difference between San and Khoekhoe

The San’s genetic origins have been traced back to the beginning of modern humanity. Modern humans were said to evolve around 200 000 years ago in Africa.

We know that the San were in Southern Africa at least 117 000 years ago (Eve’s footprints at Langebaan, as well as archaeological sites at Pinnacle Point and Blombos on the coast of the Western Cape, serve as evidence). The San (often called Bushmen) lived by hunting game with bows and arrows and foraging for food.

The Khoekhoe, by comparison, are said to have arrived in the Western Cape only about 2 000 years ago. They were herders, pastoralists, and potters. There are conflicting accounts as to how the two groups interacted. Some accounts say peacefully, others refer to massacres of the San by Khoe livestock farmer bands.

THE SAN were nomads. They organised themselves into small family groups, or bands – a married couple, their children, a sister or brother, a cousin or close friend and their partners, children and several grandparents or elderly relatives.

A series of bands laid claim to a particular territory, which was theirs across generations, so that there was an unmistakably powerful tie between the people and their land. There was absolute respect for one another’s territory, and other bands would only venture onto another’s land if invited, or with permission.

The San were also, apparently, not exclusive to the Cape of South Africa. Evidence of San have been found in Tanzania, Zambia and Zimbabwe, Angola and Namibia. 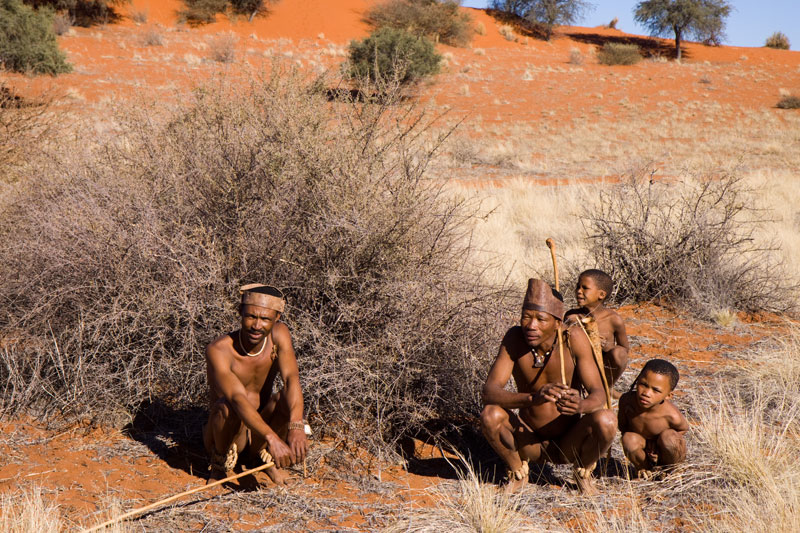 The KHOEKHOE’S structure was different, one with which we are more familiar. Theirs was a patriarchal clan society, divided into villages of roughly 100 people.

Each clan had its hereditary head and a clearly-defined piece of land on which their livestock would graze. Their livestock moved from one grazing ground to another dependent on the seasons and climate. The Nama people of the Richtersveld still practise transhumance today.

The two would have, over time, adopted similar ways of living as their lifestyles affected one another, and their access to land became limited.

The Bantu and, later, Europeans arrive

The Bantu people (Batswana, Basotho, Bapedi, AmaZulu, AmaXhosa, AmaSwati, Vhavhenda, Mtsonga and AmaNdebele) were farmers who needed land for their cattle and crops. They organised themselves in ancestral clans that usually comprised a  man with his wife or wives and other relatives and dependents. Several family units grouped themselves under a chief, whose position was hereditary.

There was conflict over water, game and pasture. And there are account of San massacre by the Bantu.

Bartholomey  Diaz’s appearance at the Cape in 1488 saw very little interaction between the local population and the Europeans, who were in transit and didn’t settle at the Cape.

With the arrival of the Dutch East India Company (VOC) and Jan van Riebeek, in 1652, things changed.

The establishment of a refreshment station at the Cape meant the settling of people – particularly those employees of the company who were given farms as they retired or their contracts ended with the company.

The 1700s brought even further settlers along with an increased demand for land.

The VOC took over both Khoe and San land. There are accounts of their having first assumed water rights, which prevented the San and Khoe from grazing. Faced with the loss of their pastoral way of existence, many of the Khoe and San were left little option but to become servants of the VOC. That or flee.

Smallpox is believed to have killed thousands of Khoe and San, who had no resistance to the epidemic that arrived in the linen on board infected ships (some historians argue that the effects of the smallpox epidemic were, however, over exaggerated).

Many San were either killed or enslaved.

There are accounts of formalised hunting parties by the VOC to kill the ‘bushmen’ (Nechama Brodie, who recently wrote The Cape Town Book, a social history account of the Mother city, sites the works of Mohammed Adhikari and Nigel Penn for brutal accounts of Khoe and San genocide. Her Twitter account and website are well worth a visit).

Mixed Khoe and free-slave community groups, as well as European settlers, killed hundreds of San people, sometimes whole communities.  Accounts of these attacks are one of the reasons there is a resistance to using the term ‘Khoisan’ to describe indigenous people collectively.

Europeans also intermarried with San and Khoekhoe, leading to mixed communities, like the Griquas. Within 150 years of European settlement, both Khoe and San communities were almost completely eradicated.

The British occupied the Cape in 1795. Accounts describe how they too contributed to the continued killing of Khoe and San people.

Both Khoe and San communities fiercely resisted, with the result that leaders and community chiefs were exiled, over the years, to Robben Island (long before apartheid). 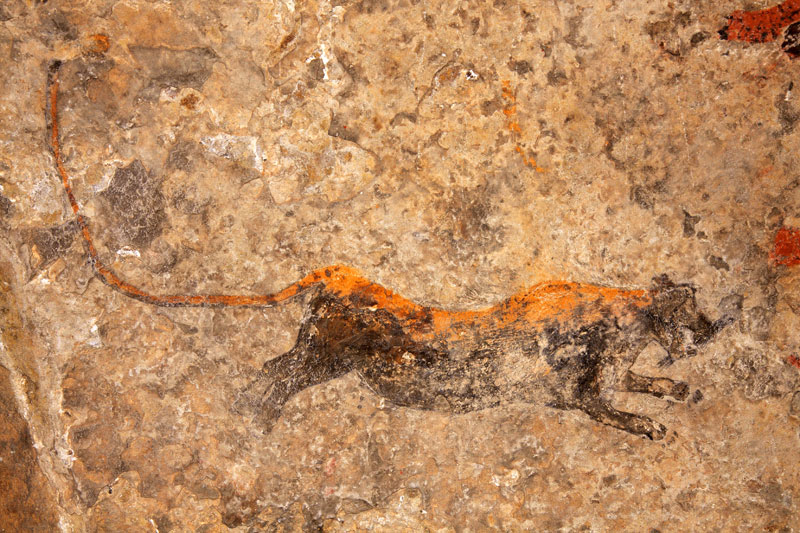 In 1910 the Afrikaners came to power establishing the Union of South Africa. The already dispossessed indigenous people were further dispossessed as  racially-discriminatory laws and policies resulted in their becoming the ‘poorest of the poor’.

Apartheid assimilated the San and Khoe into the Coloured majority, leading to a total loss of their languages and identity. All were forced to register as Coloured.

In 1994 the country held its first democratic election won by a black majority government – the ANC, with Nelson Mandela as president. Yet not even the country’s 2001 census reveals the number of people who identify themselves as indigenous. All that remains of the historical San and Khoe are archaeological sites, rock art and inadequate ethnographic reconstructions.

To find out more about the San, visit !kwa ttu just San Heritage Centre in Yzerfontein outside Cape Town, near the town of Darling.

To experience the Nama people, visit the Kgalagadi Transfrontier Park in the Richtersveld.

¹ self-identified because, with the disbanding of apartheid the previously Coloured people have claimed their right to self-identify themselves

² as defined in Country Report of the Research Project by the International Labour Organisation and the African Commission on Human and Peoples’ the constitutional and legislative protection of the rights of indigenous peoples: South Africa 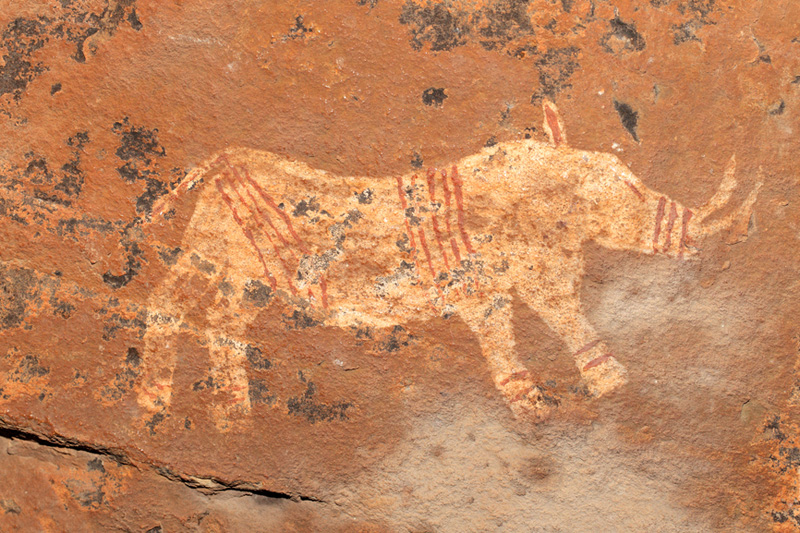 Every group of people exhibits a particular set of idiosyncracies, or fascination with certain things, that differentiate them from others. The Americans do compulsive snacking, high school yearbooks, constant emotional unburdening (usually in the form of a...