The Southern Ground Hornbill or “Lehututu” as it is locally called, may not be around for much longer. These huge black birds with their distinctive beaks and bright red wattles are part of the hornbill family that occurs naturally only in Africa and Asia. However, hornbill numbers are declining due to loss of habitat …

It is striking for its black plumage and the deep-red skin on its face and neck, which create an intense colour scheme that is quite irresistible to avid birdwatchers and nature-lovers alike. 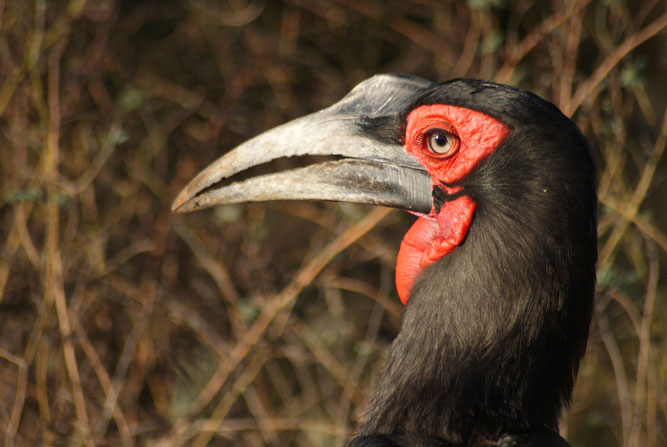