This photograph of a Sugar Bird and Spider was submitted to our Novembers Photography Competition by Leonard Browne. The sugarbirds are a small family of passerine birds which are restricted to southern Africa.

The two species of sugarbird make up one of only two bird families restricted entirely to southern Africa the other being the rock-jumpers Chaetopidae. In general appearance as well as habits they resemble large long-tailed sunbirds. They have brownish plumage, the long downcurved bill typical of passerine nectar feeders, and long tail feathers. (Source: Wikipedia). 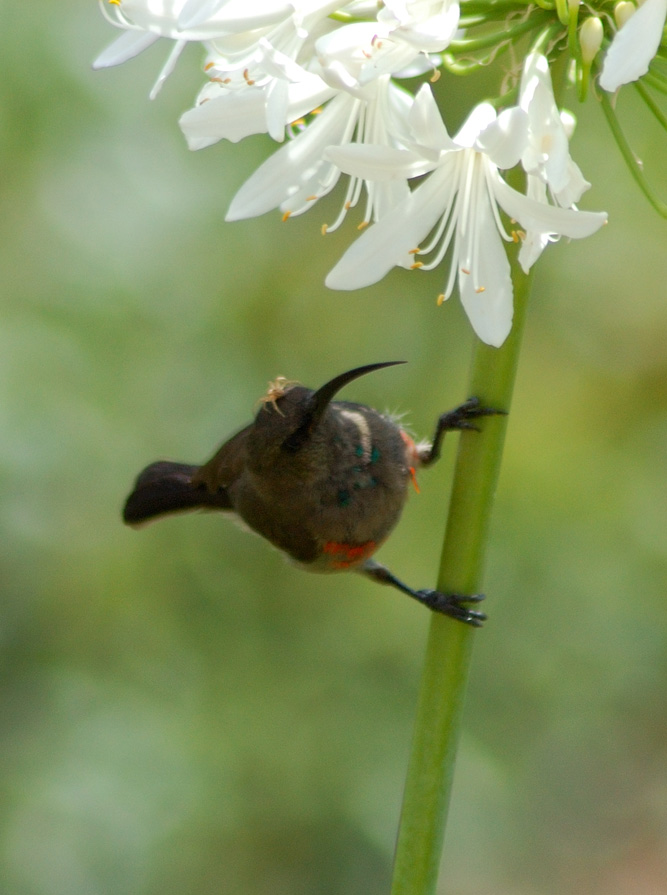