Imagine driving the highest navigable mountain pass in the country, enjoying wild and unspoilt countryside with views to match, skiing the slopes of Ben Macdhui and then passing down the other side of the mountain into one of the country’s prettiest and most historical villages …

No, you do not have to head into the Alps of Switzerland, or the Scottish Highlands. Such a challenge exists right here, in the Eastern Cape of South Africa.

Known as the 8 Passes Challenge, or Stitching the Dragon’s Tail, the navigation of eight mountain passes in the southernmost section of the Drakensberg Mountains (the tail of the Dragon) is the ultimate 4×4 driving experience.

Driving these mountain tops in some of the country’s least populated areas gives you access to vistas usually the reward of hikers who have persevered into virtually unnavigable parts of these mountains. The good news: you do not need a 4×4 vehicle to drive the passes. A good 2×4 with a high clearance can manage most of the passes, bar Bastervoetpad, which is a challenge even for the hardcore 4×4 enthusiast…

All of the passes are gravel, except for Barkly Pass, which is tarred. You can tackle the passes from central towns like Barkly East or Rhodes, and then drive them as a series of day drives. Conversely, drive them as a loop over several days stopping at a different town every evening. 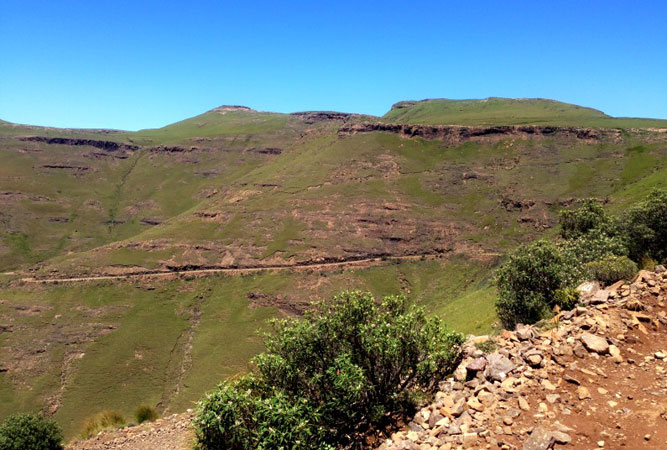 The 8 Passes Challenge (not for sissies):

Although this is described as one of the more remote and most underestimated passes of the eight, we managed it from Rhodes, admittedly during summer, without a hitch and, indeed, without any fancy tire work (we were in a Subaru Forester).

Naude’s Nek is incredibly scenic. The snaking s-bends said to follow the path of the Naude brothers’ horses (local farmers whose descendents still farm in the area), the views from the summit (incredible, but windy, so watch your hats!), and the subsequent descent, combine to make it one of the most beautiful passes we’ve ever driven.

Lying on the slopes of Ben Macdhui, named after a Scottish mountain, is Tiffindell – the country’s only ski resort. The locals here affectionately call the mountain Ben Mac. You won’t be able to ski here all year round, but in winter it is a must. Carlisleshoek Pass links the historical village of Rhodes with Tiffindell.

As a result Rhodes sees a lot of its visitors during winter, the steep Carlisleshoek Pass a regular drive for those in pursuit of snow. You won’t need a 4×4, but you will need controlled power (which is why right of way is generally given to ascending traffic and some bits are paved with cement strips). 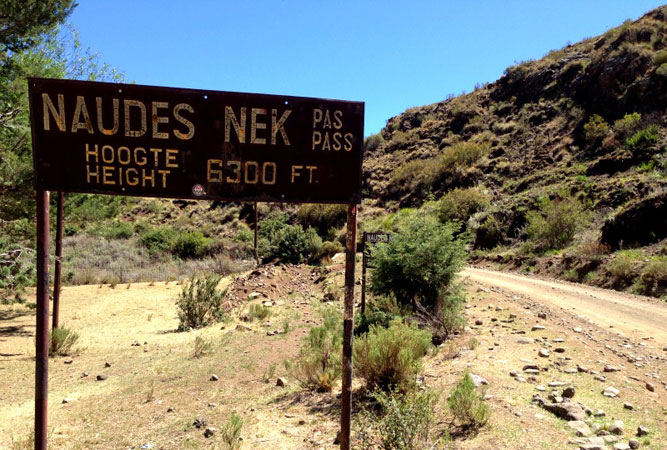 Also known as Bidstone Pass, this path through the mountains starts high on the plateau of Ben Macdhui following 8 kilometres of undulating road before winding down steeply to the farming community of Wartrail.

It is described as a challenging ‘rough and tough’ 4×4 route, particularly during winter when there is often snow on the road. The views out over the Wartrail Valley are superlative, the hairpin bends alarming, and the going slow.

LUNDIN’S NEK – Wartrail district to the border with Lesotho

Frequently spelt Lundean’s Nek, this is one of the most scenic day drives in the country, following the R393 through the Wartrail farming area and up into the valley of the Witteberg Mountains that border with Lesotho. The road connects with the Lesotho border at Telebridge (closest towns are Rhodes and Barkly East) so there is no reason to drive it but for the sheer enjoyment of the views and the challenge.

You would do best to overnight on a farm close to the R396 (the area is particularly mountainous and beautiful, so you may be tempted never to leave). Known as ‘wild mountain country’ the more dramatic scenery is on the descent towards Teleriver when the Maloti Mountains come into view, but watch your speed on the switchbacks. 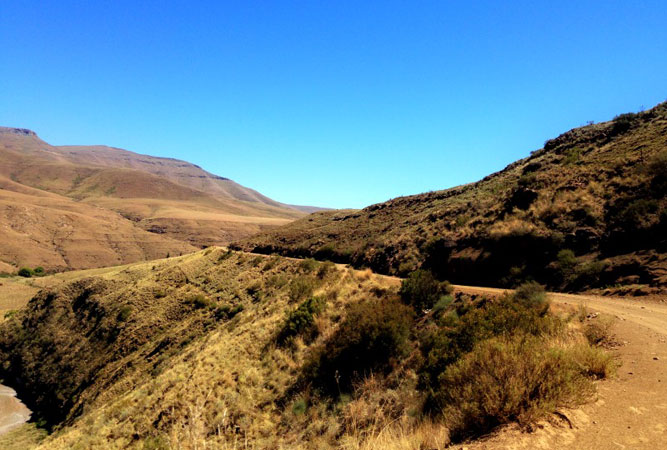 The country’s third highest mountain pass heads steeply through the Witeberg Mountains in a loop through farmlands and the Lammergeier Nature Reserve, connecting Lady Grey to Barkly East. Once again careful driving rewards one with incredible views.

The start of the pass just outside Lady Grey is at a higher altitude than your average mountain pass, and from here it winds up further into the Witteberge. If there is snow on the road, don’t even contemplate doing it without a 4×4.

If there is one pass you drive, make it this one, purely for the scenic pleasure it brings. Connecting two farming hamlets, the pass is a difficult one and you will need a good ground clearance and diff lock, if not a 4×4.

The views from the summit out over the Tsomo valley are unequalled and those who’ve navigated the pass claim you can see all the way to the sea. It’s also a fantastic birding pass. 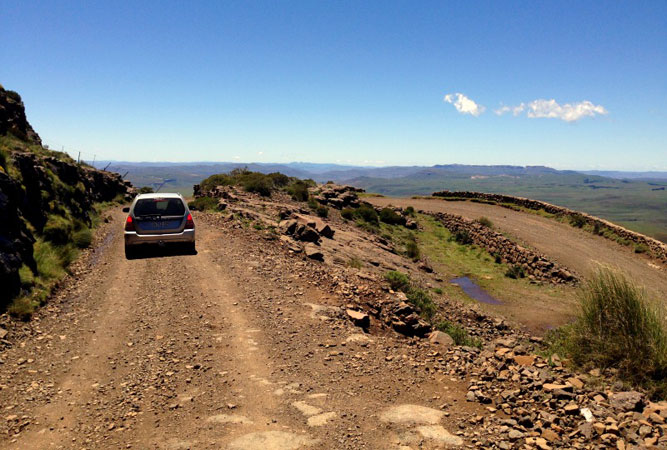 Of the eight passes, Barkly is the only one tarred. It is also famous for the ‘Barkly Pass’ fossils – the remains of the largest foot of any dinosaur uncovered in South Africa. Just because it is tarred does not mean that it is automatically easier to drive.

Filled with hairpin and horseshoe bends the road is dangerous. During winter snow means the road is often closed. It is also the feeder pass to Bastervoetpad, the toughest 4×4 route by far.

Sometimes also called Bastervoetslaan Pass, this is the pass that 4×4 enthusiasts list as daunting. It combines highly technical driving with incredible views of deep valleys and mountainous terrain, and shouldn’t be attempted without checking ahead to determine the road’s condition (get caught up here in the mist, and things can get hairy).

Despite all the warnings, the road’s gradients are not disagreeable (other passes are steeper). 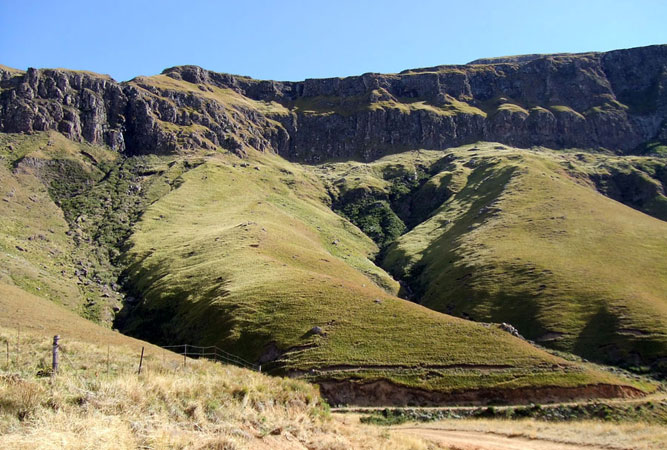