Now reading: What to wear in the Eastern Cape – the Ultimate Packing List

The coastal areas of the province enjoy a climate that is similar to the Mediterranean. Winters are cool (averaging between eight degrees in the early morning and about 20 degrees at noon), while summers are hot, usually working their way from a comfortable 17 or 18 degrees in the morning to about 28 to 32 degrees by midday. The Eastern Cape summers are significantly more humid than the Western Cape, particularly along the coast, where moisture comes right off the Indian Ocean.

The inland regions of this province are, generally, drier with more extreme temperatures. Summers can become extremely hot and dry, especially in places like the Karoo and the Baviaans, where mountains lock in the heat. In these areas, winters sometimes bring snowfall to the mountains, making them a lot colder than the coastal towns.

Port Elizabeth is known as the Windy City. However, while the wind comes up consistently around noon of almost every day, it is not strong.

The beaches of the Eastern Cape (particularly Port Elizabeth, East London and parts of the Wild Coast) are magnificent. So, always come prepared to spend plenty of time on the warm white sands and the comfortably cool waters of the Indian Ocean. 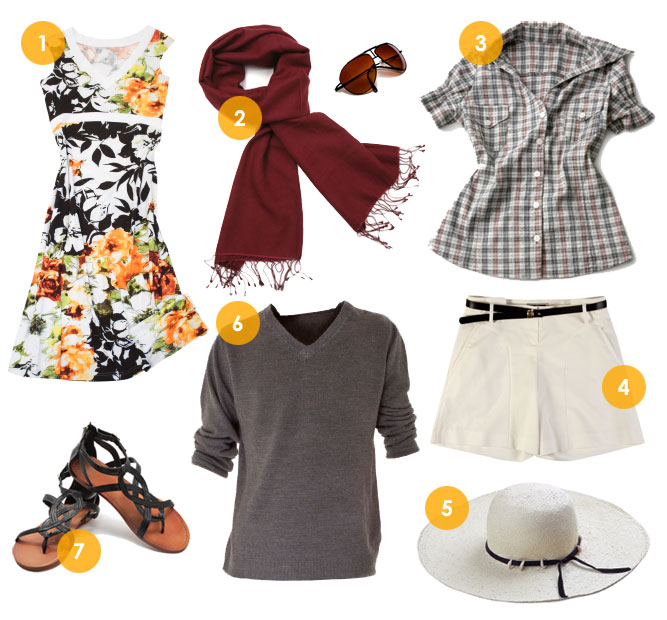 What to Pack:
Summer (December to March):

Summers are hot and humid with plenty of sunshine. December is the windiest month of all. Light, cotton clothing that is cool and breathable is usually best. In South Africa, protecting your skin from the sun is of utmost importance.

Winters are cool, but often fairly sunny. Rain is not consistent, but may come down heavily for a day or two.

Spring (September to November) and Autumn (March to May):

These months are, generally, quite comfortable and pleasant. Mornings are chilly, but the days usually warm up to pleasant highs in the early 20’s.

Planning your trip to the Eastern Cape

We’ve selected a few pages that might be useful for planning your holiday to the Eastern Cape.