I can’t say I have ever seen lions, cheetahs, leopard, caracal and tigers all ‘in one sitting’, and I have definitely not ever seen Bengal tigers, jaguar, pumas or serval cats, other than in pictures! Well at Jukani Wildlife Park you get to see them all, admittedly with a bit of coaxing from the guide and her meat bucket!

Jukani Wildlife lies just outside Mossel Bay, with indicating signs off the N2 en route to Cape Town. On entering the Park, having paid an admission fee of R280 for two adults and two children, it is clear that the facility is well maintained and each enclosure appears to be of a suitable size for the creatures it houses. 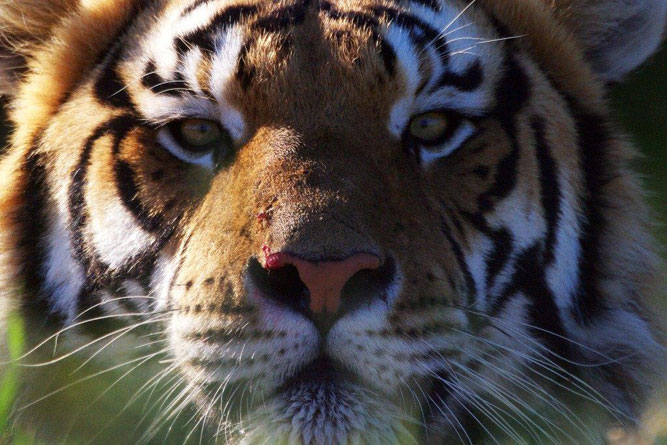 All of Jukani’s animals are wild, though many have been bred in captivity. The park exists to preserve the different species, and in some cases has taken in animals that have been abused and mistreated.

We joined up with a guide who was working her way along the enclosures, discussing each animal in turn and trying to coax them to come out of their hides so that we could get a better view. Some, like the tigers were happy to oblige, but others, such as the black leopard, were a rare and fleeting sight.

Each cat has its own special history and it appears that the two Bengal tigers, Juka and Shanti, were hand-reared by hosts, Karen and Jurg. (Apparently Juka had colic, an ailment I thought only affected the human race!) My only reservation is the bridging of the tenuous, and sometimes dangerous divide, between a wild and a hand-reared animal, and am never convinced that man can enter enclosures with these cats, no matter how much healthy respect exists. 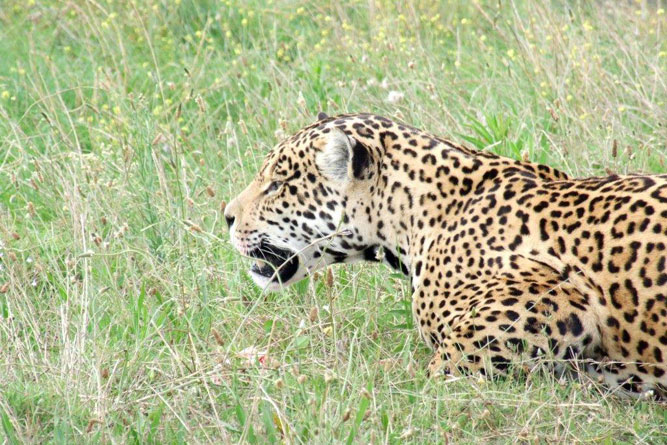 Clearly this couple is committed to conservation and the preservation of these species, but I cannot get used to white lions in enclosures, side by side with cheetahs, and my wish was that these magnificent beasts might have remained in the wild.

The staff are quick to caution that none of the animals are tame and ask that children not run within the Park. I could see why, when both the cheetah and the lion, whose giant paw easily equalled the size of my son’s head, kept a beady eye on my three-year-old toddler as he passed. He was definitely viewed as potential prey!

We paid our visit during the morning and tours take place between 09h00 and 16h00. We were encouraged to return for the 16h00 feeding, but I was intent on maintaining a safe distance between my toddler and the rather obvious association with food!